Those living by Lake Baikal, the world’s deepest and oldest lake treat it as a living creature with a character and often refer to it as a sea. It seems the connection between this majestic lake and its inhabitants is almost inextricable, and 78-year-old Lyubov Morekhodova is living proof. 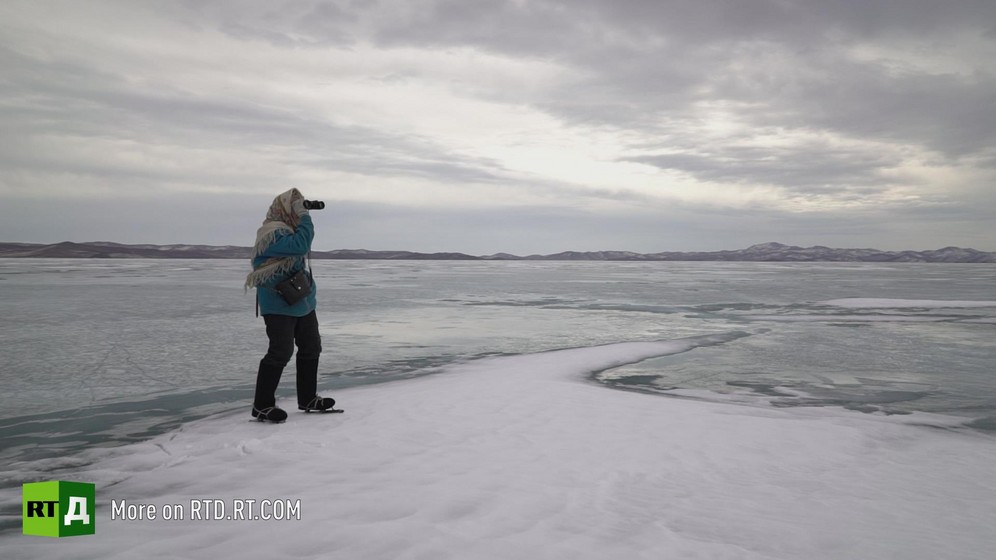 Lyubov Morekhodova watches her cows through binoculars so they don’t roam too far from home.

Born on Olkhon Island, she retired to live on the Baikal shoreline. Lyubov chops wood and carries buckets of water from an ice hole, keeps cows and regularly hits the ice in a pair of skates made by her father 76 years ago. The Siberian woman has become an internet sensation after a video of her gliding gracefully across the ice went viral. Since then journalists and reporters have been flocking to Baikal to see the ice-skating ‘babushka’. 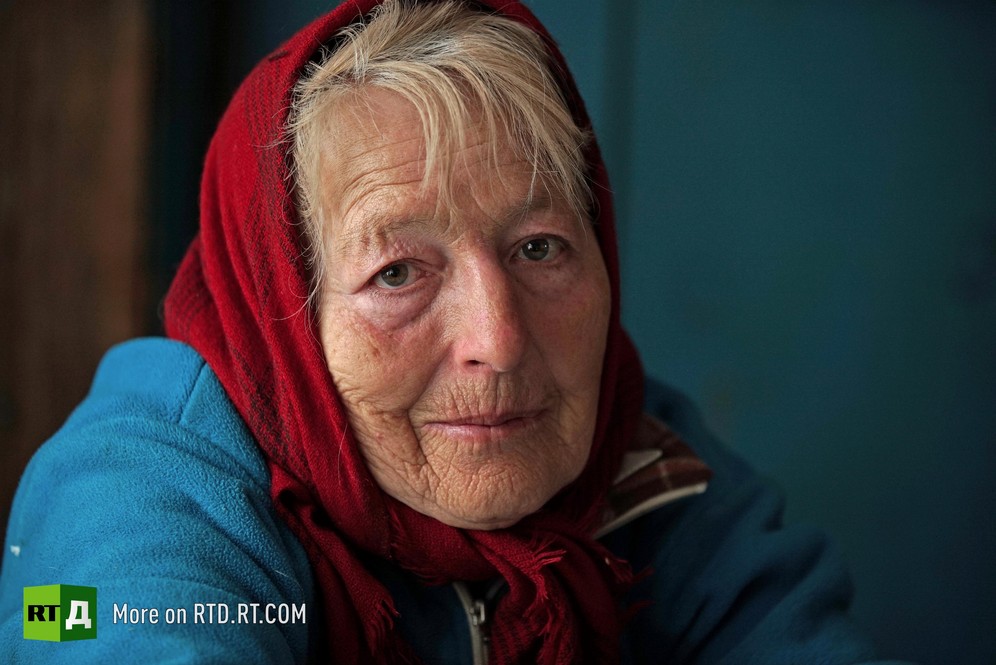 The pensioner lives alone in the hamlet of Sarma on the shore of Lake Baikal.

Despite living alone since her husband’s death, she says she won’t move anywhere. Even the strong winds, unrelenting cold and constant hard work, don’t deter Lyubov Morekhodova, whose name translates as ‘love walking on the sea’. 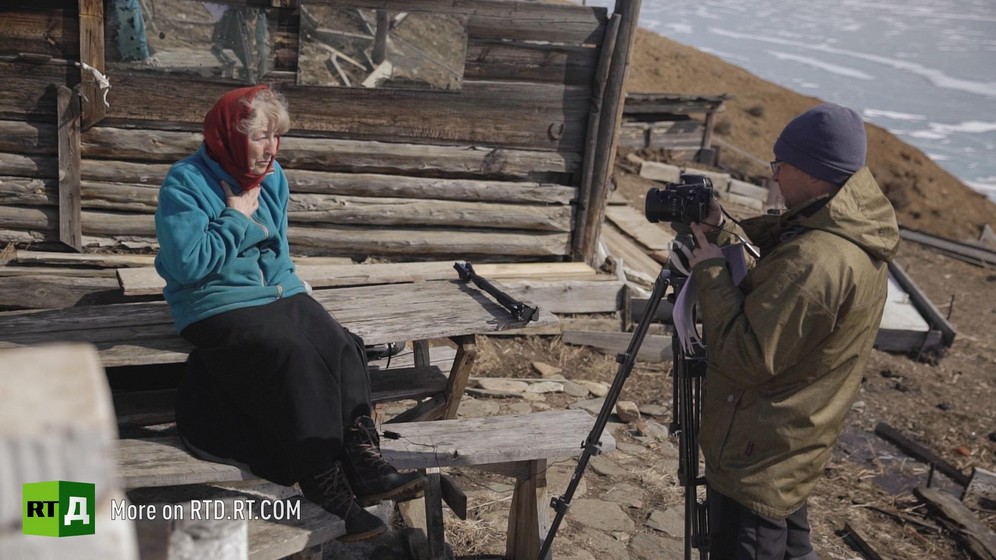 Baikal Babushka. Songs of Life tells the story of this vigorous lady as the film crew follows her for a few days: the daily chores, meeting unceasing journalists and singing songs – set against an unforgiving landscape of Baikal in early spring.