The US is the leading marijuana and cocaine market in the world. Many illegal drugs are grown just over border in Mexico. Sinaloa state is home to many members of its eponymous and infamous drugs cartel.

The CIA considers the Sinaloa gang to be the most powerful narcotics trafficking organization in the world. It controls the entire production chain from cultivation to processing and distribution. The Cartel makes billions of dollars from American addicts. 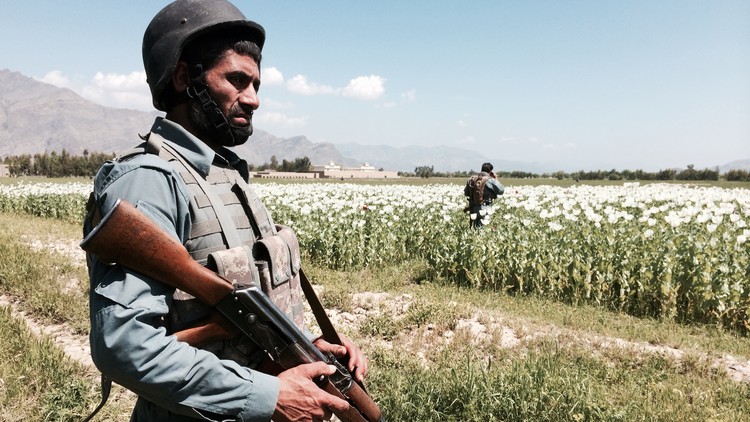 Life in Sinaloa depends largely on what the drug lords do. Wealthy gangsters frequently invest in their communities but it is even more common for residents to be killed in cross-fire. Inter-gang gunfights or street battles between mobsters and the police are regular events.

Local farmers grow cannabis and opium poppies while local musicians compose and perform ‘narco corridos’, ballads that glorify the kingpins and their henchmen. Local teenagers dream of a fast track to riches and joining a gang is the only way they see to make it happen. Even a local folk hero and saint, Jesús Malverde, is considered a patron of Mexico’s drug cartels.

Law-abiding citizens feel helpless to bring about change, anyone might become a victim of the ruthless mafia that kills journalists and even police officers with impunity. It is hard to find a local who hasn’t lost a loved one to the drug wars.

In the deceptively quiet rural towns and villages of Sinaloa, the RTD film crew meets many different people, all united by the reality that they live in a place run by drugs. They also interview a former kingpin to explore how well crime pays. Their enquiry however did not go unnoticed; before long, our cameramen feared they might be on the wrong end of the wrong kind of shooting.