On 3 September 2012, the largest ever military-historical re-enactment of the Napoleonic battle of Borodino was staged at the original battleground, 120 kilometres west of Moscow. Reenactors from military-historical clubs from France, Belgium, Poland, Germany, Lithuania, Russia and even Great-Britain played the roles of 2,000 infantrymen, 400 cavalry and 300 artillery troops in front of 200,000 spectators. On 7 September 2012, the largest-ever Napoleonic reenactment on Russian soil took place for the bicentennial of the Battle of Borodino. Thousands of reenactors from all over Europe played in Napoleon's Grande Armee or the Russian Imperial Army in an explosive pageant.

Two hundred years on, Borodino remains an enigma for military strategists and continues to fascinate romantics. Known to the French as the “bataille de la Moskova”, Borodino was the largest battle in Napoleon’s ill-fated Russia campaign, with 250,000 troops involved on both sides. On 7 September 1812, it pitted Napoleon’s legendary Grande Armée, the fierce fighting machine that had conquered Europe’s mainland, against the Imperial Russian Army that up till then had practiced a controversial scorched-earth policy while avoiding direct clashes. 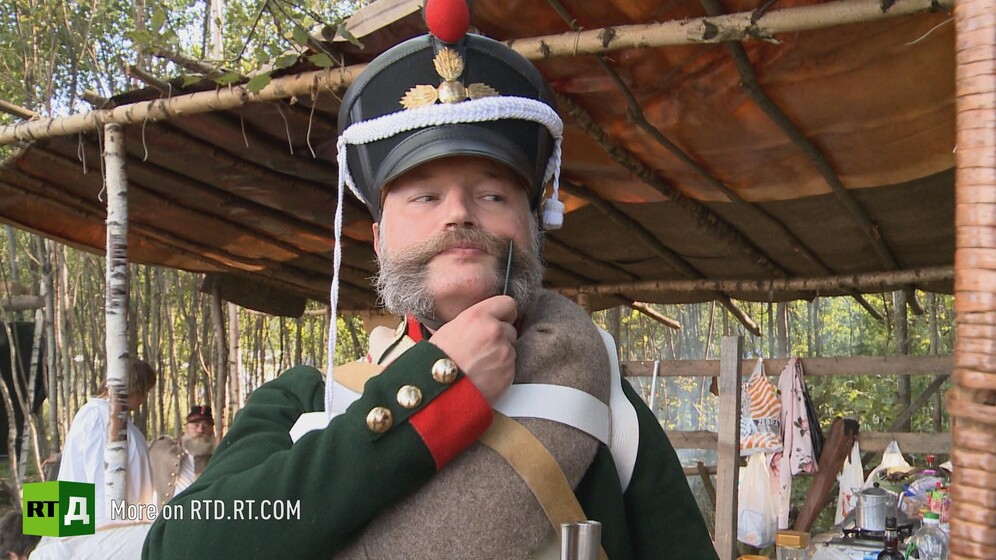 Reenactors take pride in looking as historically-accurate as possible.

At the end of the day, there were over 70,000 casualties. The French seemed to have won since the Russian army retreated, allowing Napoleon to enter Moscow. However, instead of capitulating as expected, the Russians evacuated their spiritual capital and then set fire to it. A month later, the invading army had to abandon Moscow because it lacked the provisions to stay. A shadow of its former self, the Napoleonic army retreated, barefoot and hungry, in the harsh Russian winter, while being harassed by Cossacks. Only a handful of the dashing soldiers whose exploits had mesmerised Europe made it home. Russian commander-in-chief Kutuzov’s intuition that you can win wars without winning battles was proved right. 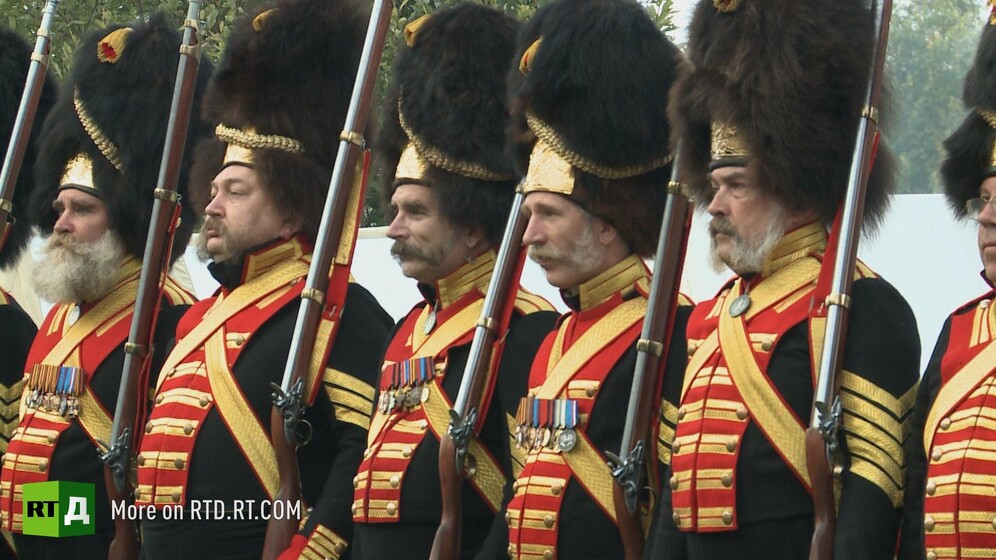 Part of the fun of reenactment lies in getting to wear awesome uniforms.

In the build-up to the big day, RTD Correspondent James Brown gets a unique behind-the-scenes tour of the camp. There, French and Russian reenactors are bivouacking side-by-side in authentically-Spartan, but friendly conditions. Re-enactors explain what they get out of their passion (it’s not - just - about boys with toys) and why waving swords and firing gunpowder even in a play fight isn’t entirely risk-free. 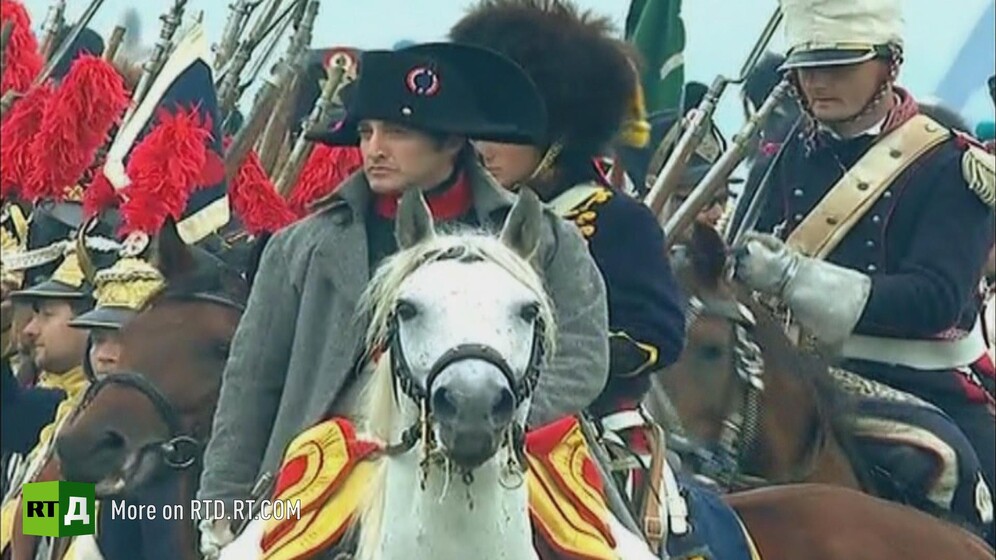 Napoleon didn't just look the part, but took on the spirit of the visionary conqueror.

A surprisingly plausible transatlantic Napoleon, Mark Schneider, opens up to RTD about the responsibility that weighs upon his shoulders in a unique interview. And at long last, uhlans, grenadiers, guardsmen and hussars in full military regalia ride or march into battle in an almighty clash of swords and cloud of cannon-smoke that take you back to a time when war still seemed fun.