In 2012, a group of Don Cossacks rode from Moscow to Paris on horseback. They were celebrating their forebears’ triumphant march through Europe in 1812-1814. Then, the Russian Tsar’s shock troops pursued Napoleon’s Great Army all the way back to France. They ended up bivouacking on the Champs Elysees, sacrificing a few trees in the process, but otherwise winning over Parisians once it became clear these fierce warriors were in reality quite friendly.

In 2012, Russian Cossacks rode from Moscow to Paris on horseback, to commemorate their predecessors'victory over Napoleon.

RTD joins up with the group when they first meet their horses. Before they can get going, they have to break the untamed animals and bond with them. Then, the horsemen are sent on their way with honours at Moscow’s military memorial park at Poklonnaya Gora. As they travel through Belarus, Lithuania, Poland and Germany, in contemporary or period uniform, they attract attention and bring back buried memories of Napoleon’s caper through the continent. 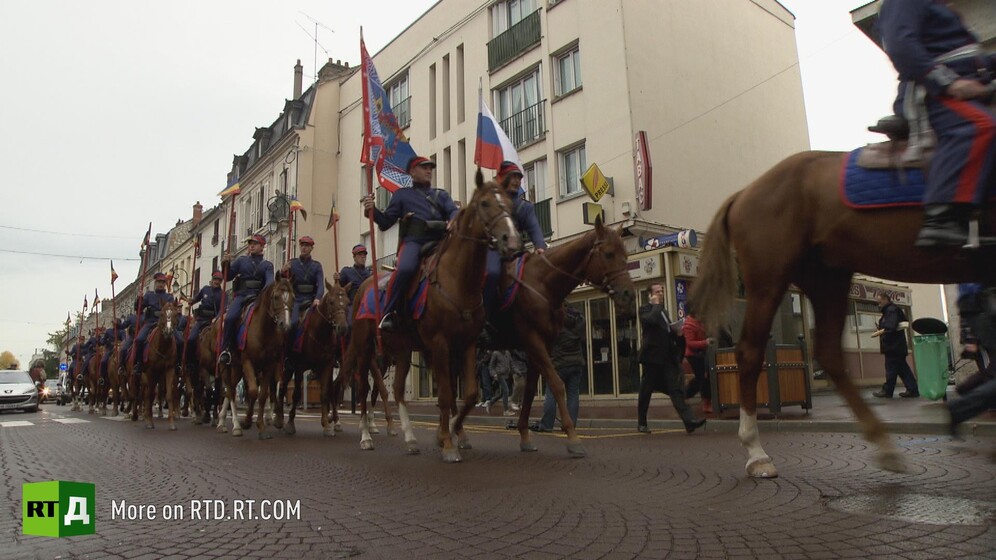 200 years ago, the French were very nervous about the prospect of fierce Cossacks entering their capital city, but this time the Russians were welcomed through small town France.

In France, locals greet them with some impressive costumes of their own. The expedition ends in Fontainebleau, where team members and elite riders of the Kremlin Equestrian School prove that the Cossacks’ legendary horsemanship is not dead, in a show staged in the courtyard of the chateau where Napoleon first abdicated. The Cossacks reached the town of Fontainebleau on the Southern outskirts of Paris, and rode into Napoleon's favourite chateau, their final destination.

For the 21st century Cossacks, the expedition is also a chance to rediscover their soul, as they are torn between homesickness and wanderlust, and find out the downside to friendship with a horse. 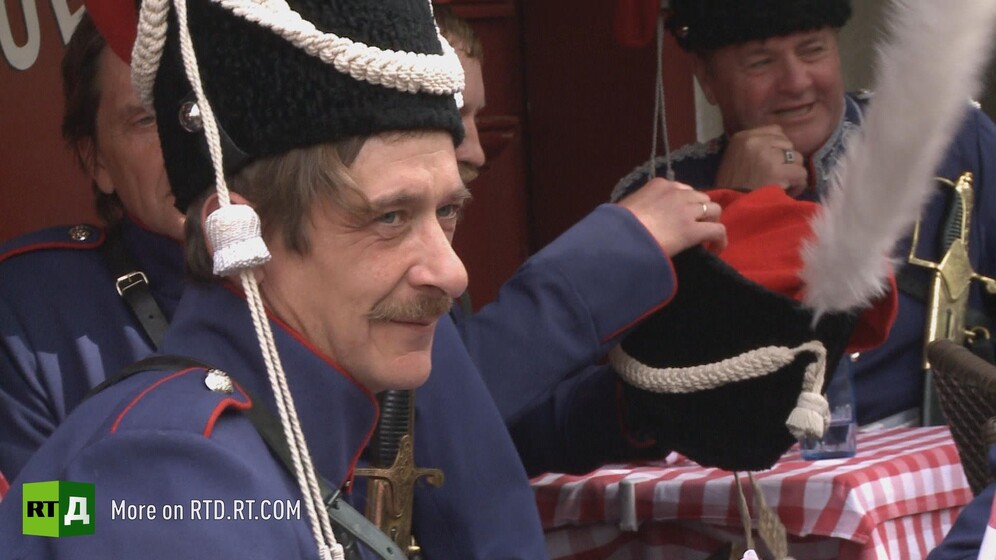 The Cossacks reached the town of Fontainebleau on the Southern outskirts of Paris, and rode into Napoleon's favourite chateau, their final destination.