The many faces of homelessness in the Big Apple

Approaching an estimated 30,000 people homeless and living on the streets of New York City, the authorities have enrolled churches into giving shelter and food. Even so, there are still not enough places for everyone to have a bed in a shelter every night. For some of the homeless, though, a shelter is the last place they want to sleep at night. They see these communal dormitories as unsafe, with tales of theft and rape. Simon Gaon painting the portrait of a homeless man on a New York street.

Artist Simon Gaon has been depicting the street people of New York for decades. He leaves his Manhattan apartment with brushes, easel and paints and walks the streets looking for likely subjects. There’s no shortage of sitters, homeless people have plenty of time on their hands, and a desire to spend a few hours in conversation. The stories they tell are often heart-breaking and have a lot of common elements. 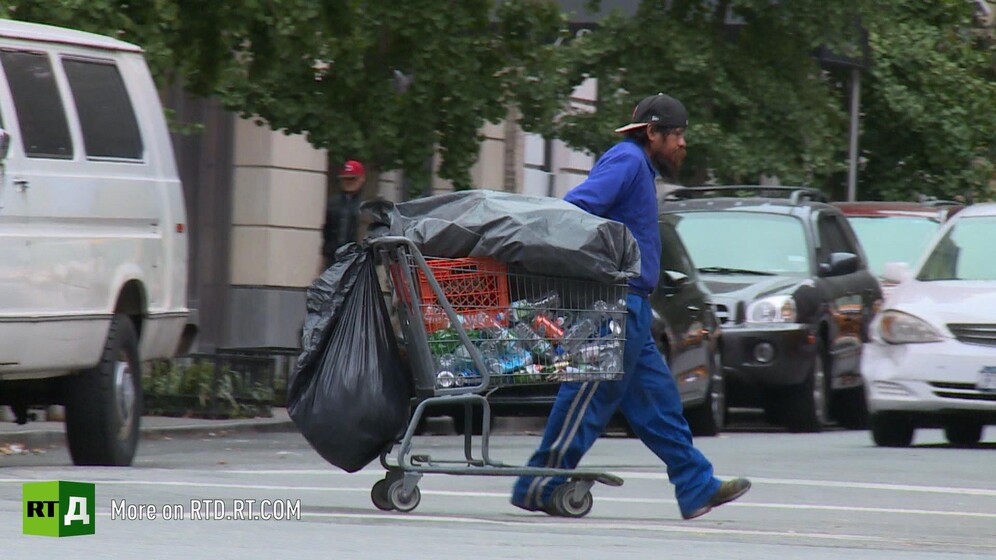 A homeless man trundling his worldly possessions in a shopping cart.

The homeless in New York are no longer solely those who grew up poor; often they’re middle or upper-class who have fallen on hard times. It seems anyone can be one bad call from living a life of luxury, to being penniless and without a roof over their head. 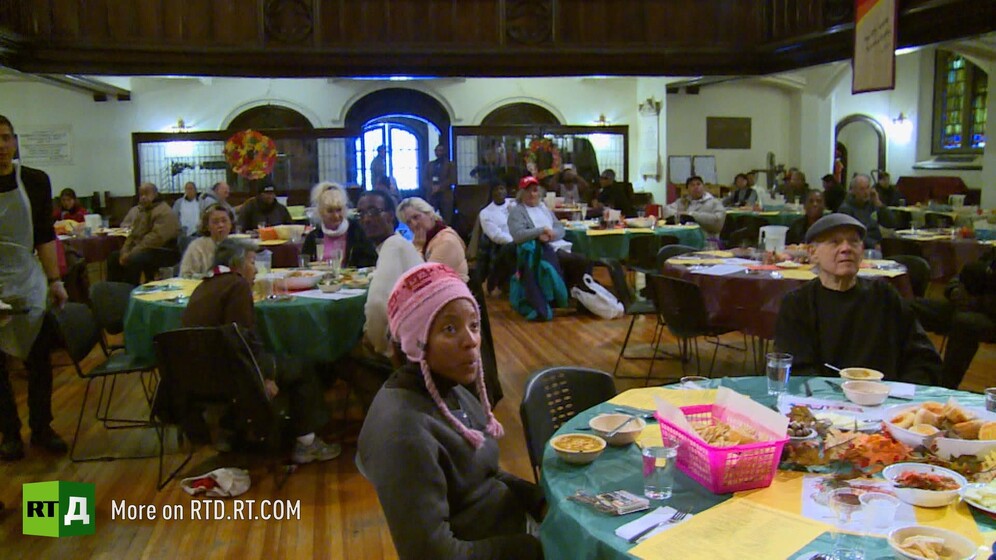 Homeless enjoy a meal and entertainment at a Manhattan soup kitchen.

For some who visit the shelters and soup kitchens, their fall takes them to the depths of drugs and addiction. However, not everyone is trapped by their predicament. Jose has forged a living out of playing Batman for tourists in Times Square. After living on the streets, he moved to a shelter with his family and now has found himself an apartment. As an immigrant Jose says, he’s proud to have made it in New York and is living the American Dream.