“We, women, always suffer. The army comes; they rape us. Guerillas come, they rape us, other militarised groups come, they do the same,” says an internally displaced woman from Colombia, Maritza Esther. She tells of seven armed men breaking into her house, raping her 16-year-old daughter and shooting her husband in the face at point-blank range.

Maritza Esther Marimon Arrieta is one of the millions of internally displaced Colombians. “I don’t understand why it’s happening to us. We did no wrong to anybody,” she told her husband as he was dying in her arms after armed men came to their house.

Women make up half of Colombia’s seven million internally displaced, the second largest number in the world after Syria. All of them are fleeing a brutal civil war raging in the country for more than half a century between the government forces, rebels from the Revolutionary Armed Forces of Colombia, known as FARC, and National Liberation Army (ELN) and right-wing paramilitaries.

When war witnesses fled, many, especially women, struggled to start over. That’s how lawyer Patricia Guerrero came up with an idea to organise them into a community she called the League of the Displaced Women. Its aim is to provide female victims of war with legal advice, support, and housing. 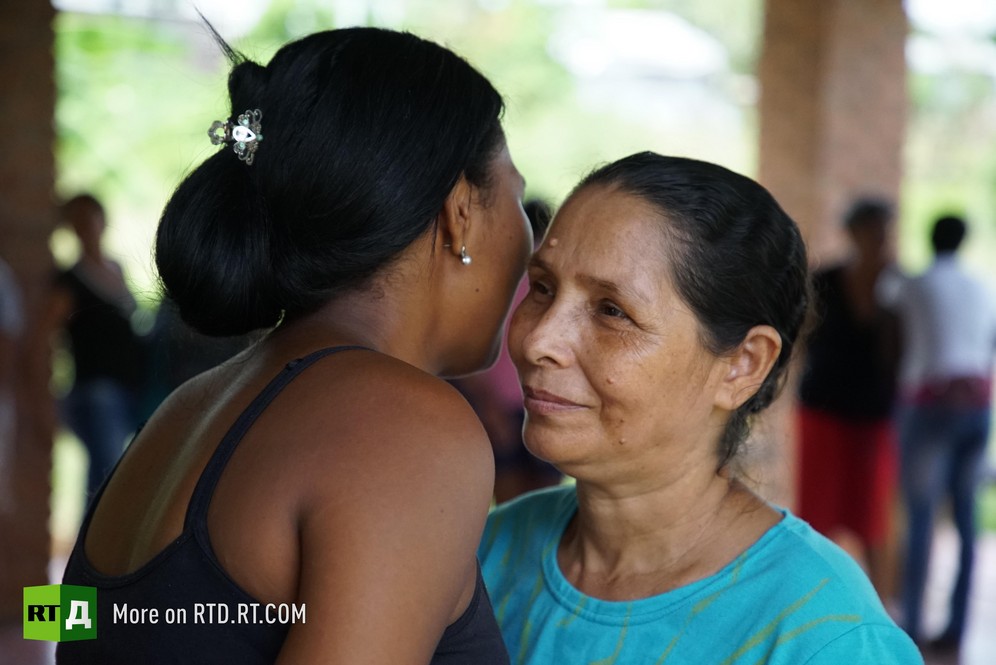 “Sometimes people ask: 'Can women really achieve anything?' Yes, they can! We can change our own lives, we can create many things and withstand a lot of bad things.”

The League has empowered women to create a community on the outskirts of Cartagena they call La Ciudad de las Mujeres or the ‘City of Women.’ Some hundred homes built for women and by women should have become their haven from civil war and sexual abuse. Some of them still face violence taking place in Colombia that was promised peace after the government had signed a historic peace deal with FARC rebels.

Paramilitaries called the Black Eagles threaten residents of the City of Women, while human rights activists get killed. Women across the country become victims of sexual violence, and civilians continue to leave their homes in search of safety.

Learn about Colombia’s unending conflict seen through the eyes of the displaced women, as RTD travels to the City of Women.