Willing migrants jump on a death train to reach the US

For thousands of Central American migrants heading north intent on a better future in the United States, freight trains are the quickest way to travel; they’re also the most dangerous. Hundreds of people have died or been injured hitching a ride on the slow moving trains that cross Mexico. 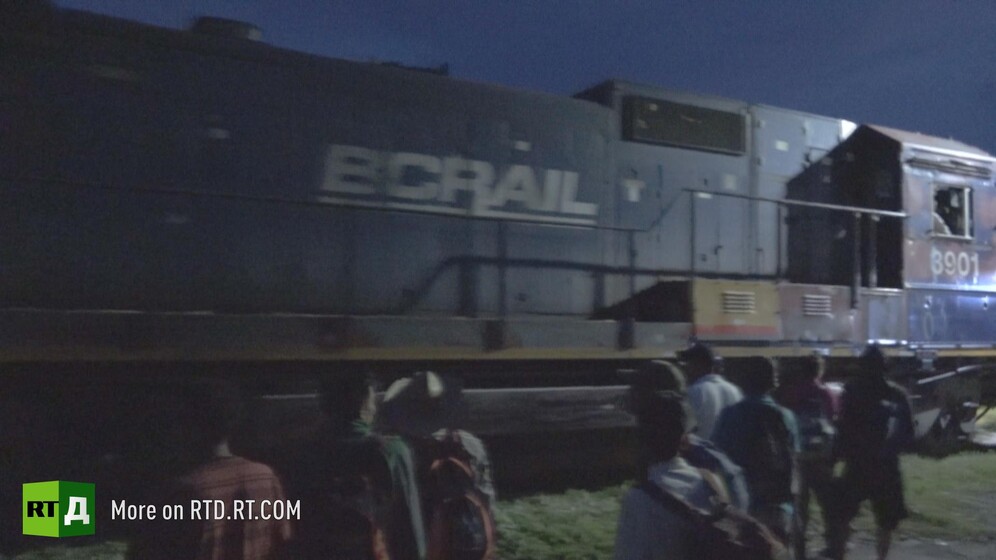 A group of migrants ready to jump a train heading north.

In the film ‘Dying for the American Dream’, we follow the journey of the migrants. They tell us the horror stories of life in their home countries like Honduras and Guatemala, where trying to make a living can lead to extortion and death threats. Faced with a life of constant danger, and often little or no money, they begin the trek north, moving into Mexico at relatively-unguarded border crossings. 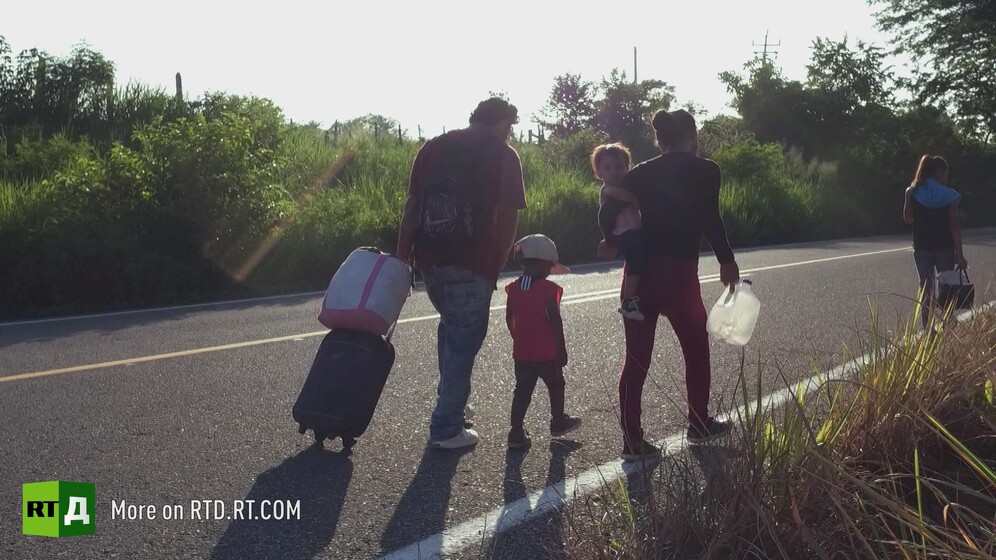 A migrant family walking north on a Mexican country road.

Along the way we meet the boatmen who transport small groups of migrants across the river on Mexico’s southern border with Guatemala. Once in Mexico, if you have no money, walking is your only option. Migrants keep to the backroads and try and hide from the authorities afraid of being caught and returned home. For families this is especially hard as the children get tired easily and need food and water to keep going. 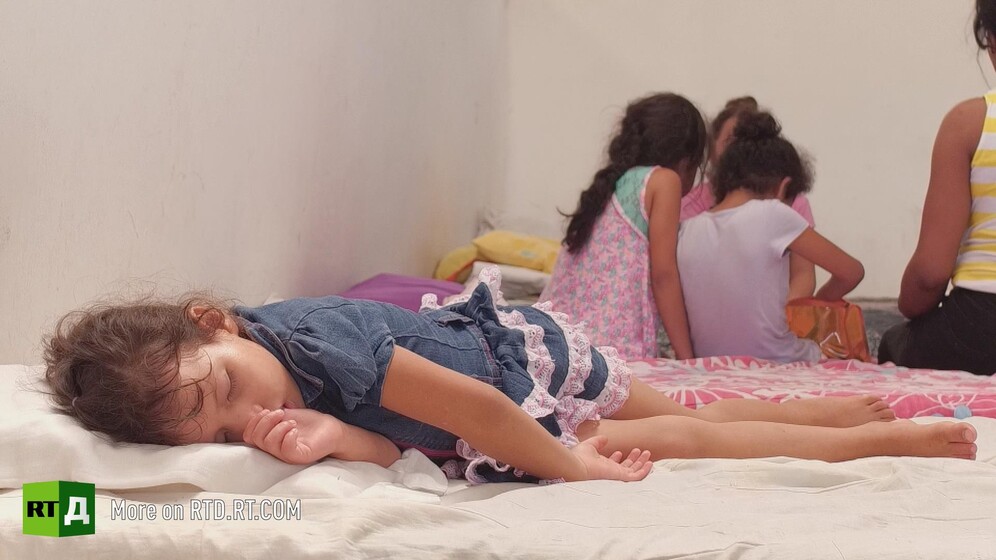 A migrant girl resting in a shelter set up by Franciscan monks.

Charities in Mexico have set up refuges for the migrants where they can get as much rest they need on the long journey. They’re given food and shelter for free, but that doesn’t stop them wanting to continue their travels north. One rest stop on the migrant trail is close to the train tracks. No sooner does a train blow its whistle, than the migrants have grabbed their belongings and are running to jump on their ticket to a new land. On their way, as an act of kindness, charity groups like Las Patronas provide welcome food and water to the migrants clinging precariously to the side of the train. Volunteers making food parcels to give to migrants riding the ‘Death Train’ northwards.