Migrants in US-bound caravans risk everything for a better life

Caravans of thousands have been marching towards the United States border and making international headlines since October 2018. Throngs of people from Central America and beyond make their way through Mexico, covering thousands of kilometres on foot. All of them hope for nothing more than better, safer lives, an impossible luxury in their home countries, stricken by poverty and gang violence. 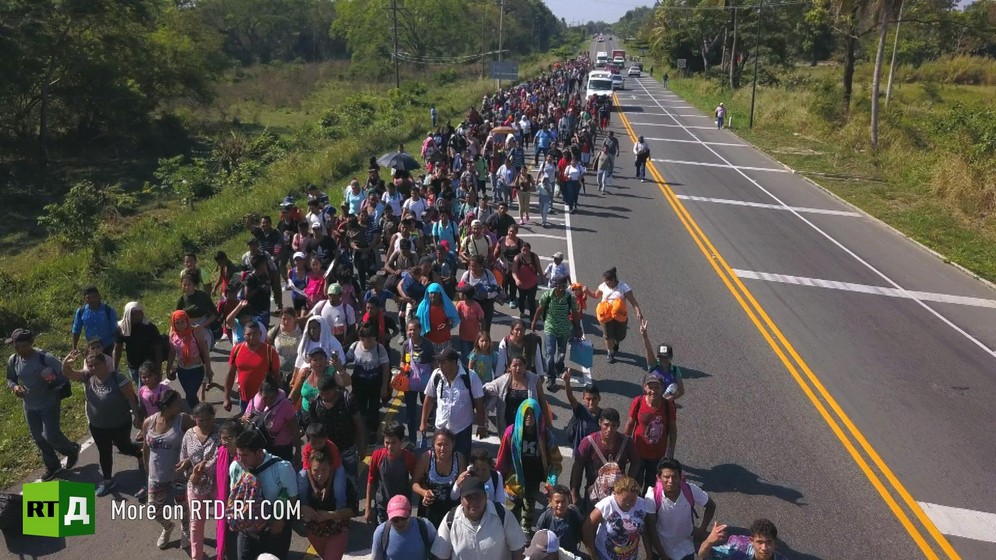 Migrant caravans first came under the spotlight in October 2018, when dozens of Hondurans set out from San Pedro Sula, known as the ‘murder capital of the world’. The caravan grew as it crossed the border and advanced further through Guatemala and into Mexico, drawing the attention of news outlets and condemnation from the US President, Donald Trump.

“Our only goal is to reach the USA,” says Cuban doctor, Michael Hernandez, while leading one migrant caravan. Single mothers, disabled people, young parents with babies wake at the crack of dawn and press on under the scorching sun. They go hungry and discard their possessions to lighten the load because “there’s no way back”. The hardest thing about walking in a caravan was “to keep up”, says Lisa from Comayagua in Honduras. “I had blisters and could hardly move my feet.” Now she’s staying with her family at a shelter in Mapastepec.

An RTD crew joins a migrant caravan on the Guatemala-Mexico border, at the start of a gruelling trek to America. We follow migrants on the road and people in a temporary shelter in the southern Mexican city of Mapastepec as they wait for humanitarian visas. 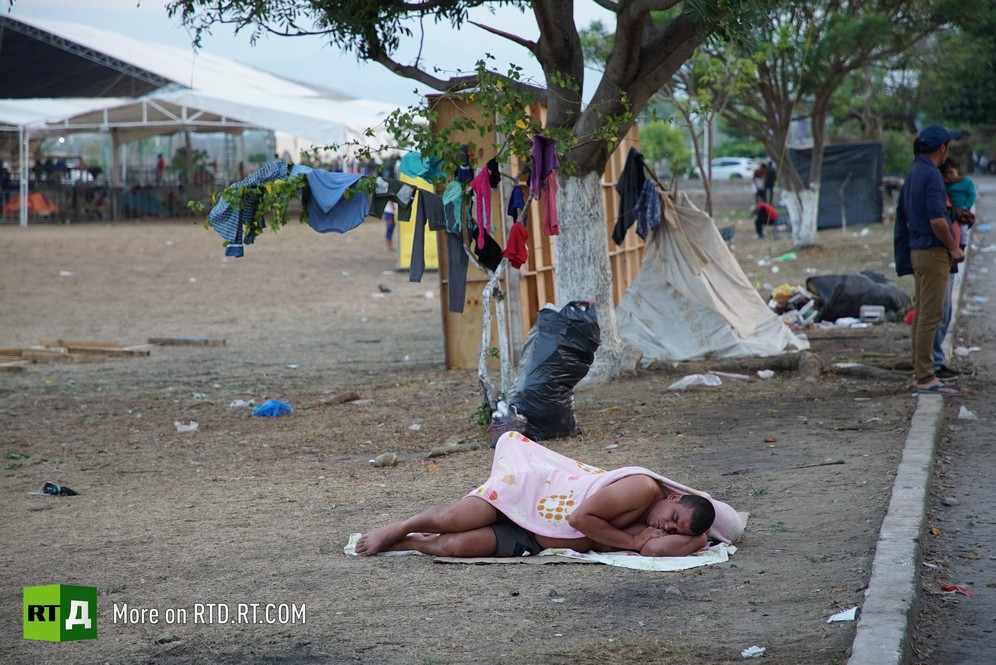 Migrant caravan members face extreme hardship on the road to their ultimate destination, but the misery of life back home still outweighs the dangers of this endless trek.

As human streams head slowly north, showing no sign of stopping, President Donald Trump is determined to stop what he calls the “virtual invasion”. From cutting aid to the migrants' home nations to threatening Mexico with tariffs unless they deal with the migrant caravans. Meantime, ordinary people taking part in the desperate exodus speak of life on the move, the tragedies that pushed them into voluntary displacement and their hopes for a brighter future in the land of opportunity.