In October 2018, a caravan of migrants set off from San Pedro Sula in Honduras on a trek through Guatemala and Mexico to Tijuana, on the Mexico-US border. Their aim: to apply for asylum in the United States. 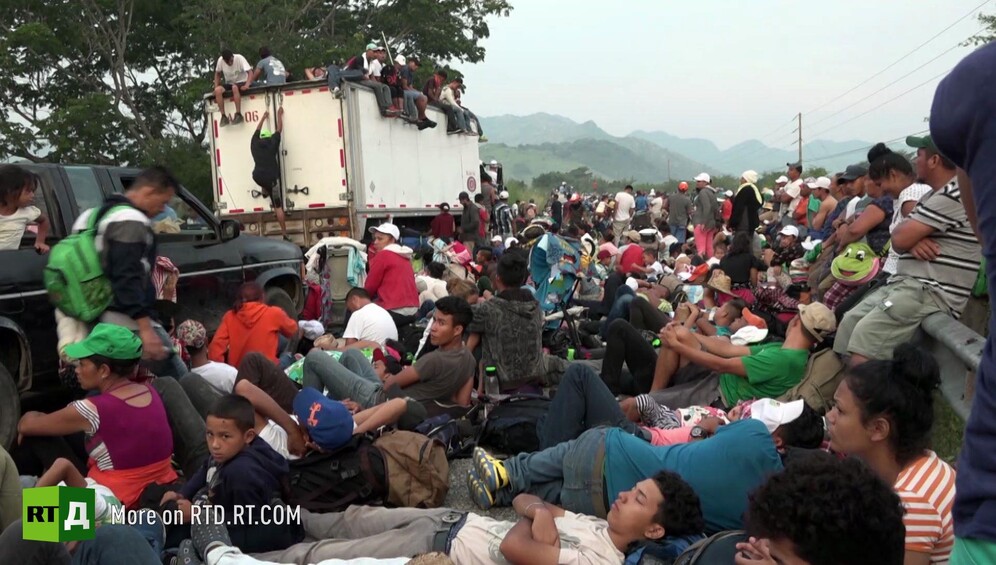 In 2018, migrants from Central America started to head for the US border in groups, for safety. These became known as migrant caravans.

RT correspondent Paola Guzmann joins thousands of families along the road. They camp under awnings in Mexican town squares or get picked up by ambulances when they reach their limit. A pregnant mother explains why she has to keep going, and a young man isn’t sure he can. Generous locals and authorities try to get the caravan through safely, but the camera catches disturbing behaviour at the bridge between Guatemala and Mexico, and some locals feel the migrants have taken advantage of their hospitality. 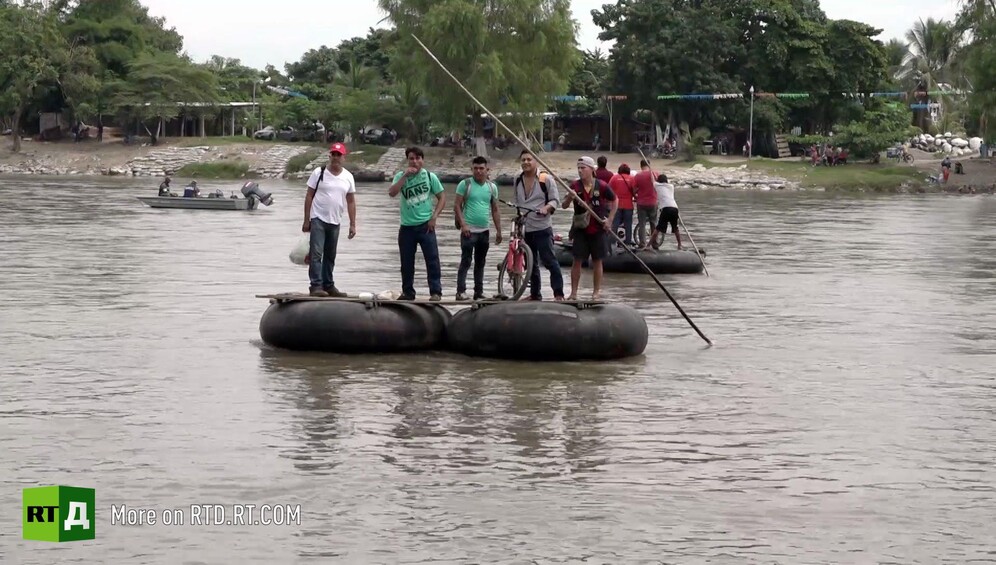 No obstacle was insurmountable for the migrants in the caravan travelling from Honduras to the United States.

To understand what is driving Hondurans away from their homeland, Paola Guzmann visits the country. Families left behind share their anguish at being separated from loved ones. Honduran journalist Dunia Montoya explains some of the local and international politics behind this new style of group migration. Her husband, the migrant advocate, Bartolo Fuentes, became the unwitting catalyst for the caravan after a rumour started on television that he was offering free food and transport to those who joined the trek. 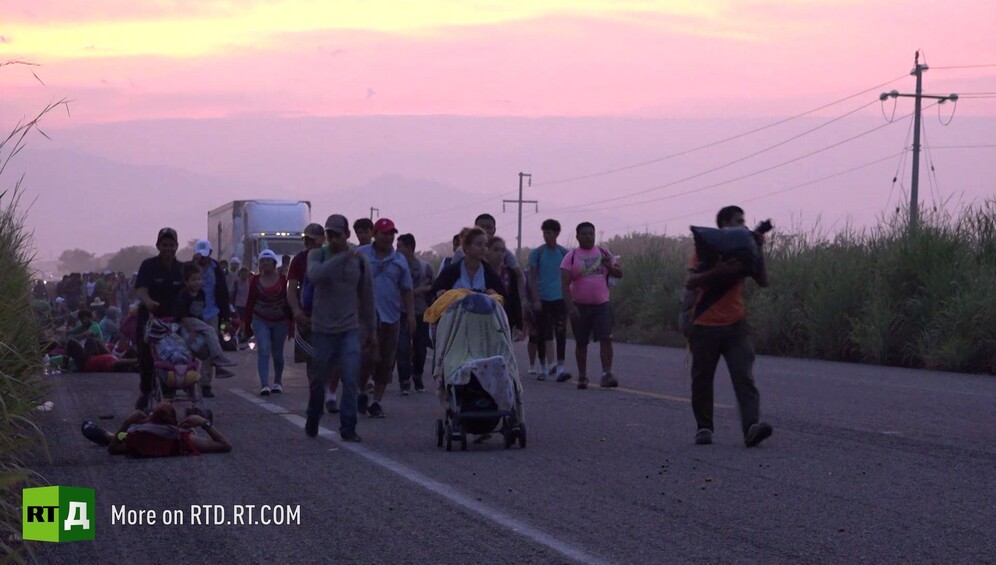 Whole families, including young children, took to the road in the migrant caravan.

Finally, Paola Guzmann reaches Tijuana and the border fence. Although migrants are within touching distance of their goal, all is not rosy, and locals are divided about their presence. 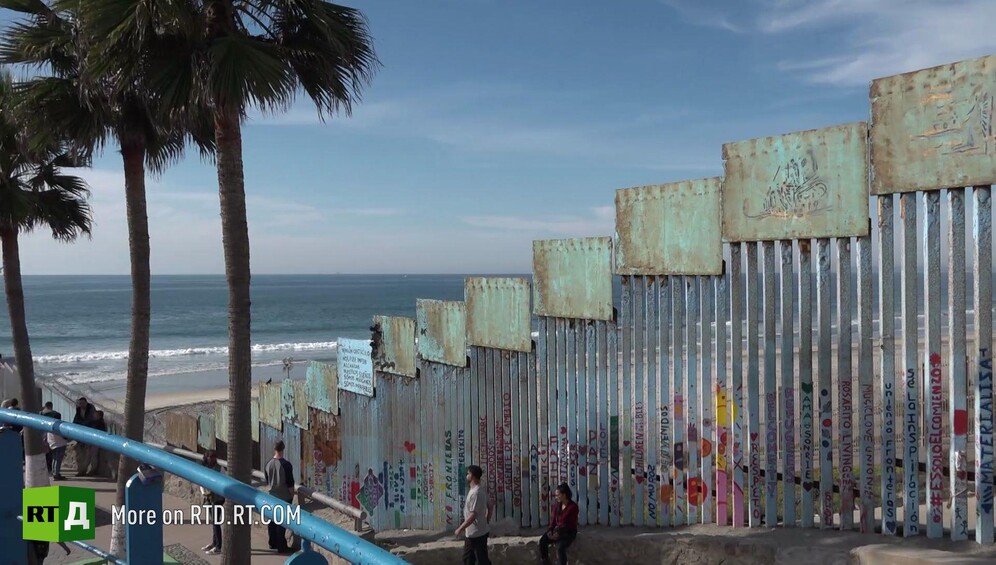 Migrants head for the Unites States hoping to find work and often to get away from criminal gangs in their homelands.

In the run-up to the November mid-term Congressional elections in the US, the migrant caravan became the most contentious topic of the campaign. President Trump railed against criminals planning to enter the United States without a visa. In turn, liberals denounced his un-American heartlessness in refusing to open the door to those fleeing crime and poverty in Central America.

So who is right? With Paola Guzmann, hit the migrant trail, hear all sides of the story, and see for yourself the good, the bad and the ugly of this new wave of American migration. 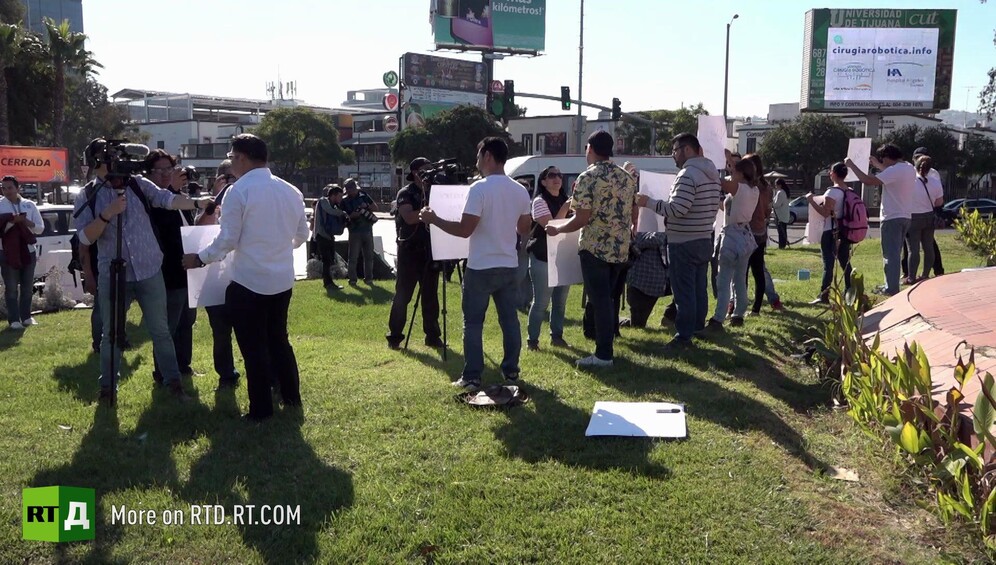 As it weaved its way through Central America to the US border, the migrant caravan has stirred up controversy among locals, with both supporters of migrants and the disillusioned protesting against the situation.