In August 2014, Spanish peach growers dumped their produce in the street and offered free fruit handouts. That was the first in a series of demonstrations staged by farmers all over the EU. The cause of their anger: falling food prices threatening their livelihoods. 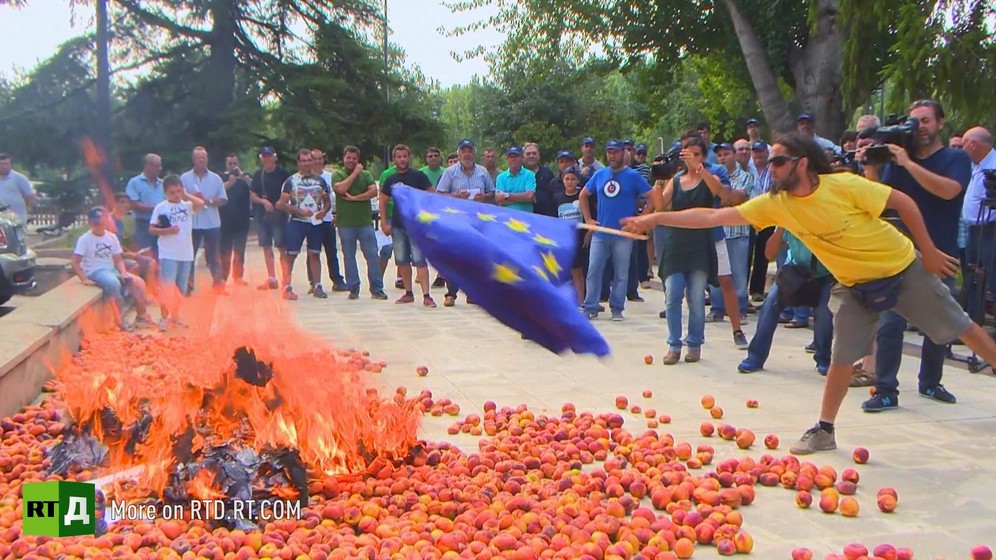 Many European farmers staged spectacular protests over the EU's inaction on the Russian embargo, dumping fruit and vegetables on the street or handing them out for free.

One of the reasons for the crisis is Russia’s embargo on certain food imports from the European Union, a response to Western sanctions over the reintegration of Crimea into the Russian Federation.

Before the counter-sanctions, Russia had been a lucrative market for EU farmers; in 2013, the country imported $6 billion of agricultural produce from the EU. By 2018, that figure had fallen by 97% to just $200 million. German farmers produced red apples specially for the Russian market. When Russia imposed an embargo on EU produce in retaliation at economic sanctions, farmers were left with unsaleable stock on their hands.

German farmers produced red apples specially for the Russian market. When Russia imposed an embargo on EU produce in retaliation at economic sanctions, farmers were left with unsaleable stock on their hands.

Affected farmers tell RTD about the embargo’s knock-on effects. Polish fruit growers were suddenly left with a glut of apples on their hands. A German farmer had planted whole orchards of an apple variety popular among Russian consumers, but not Germans. He recounts what became of the harvest he couldn't sell. Similarly, an Italian market farmer explains how losing access to Russian supermarkets has affected his bargaining power closer to home. 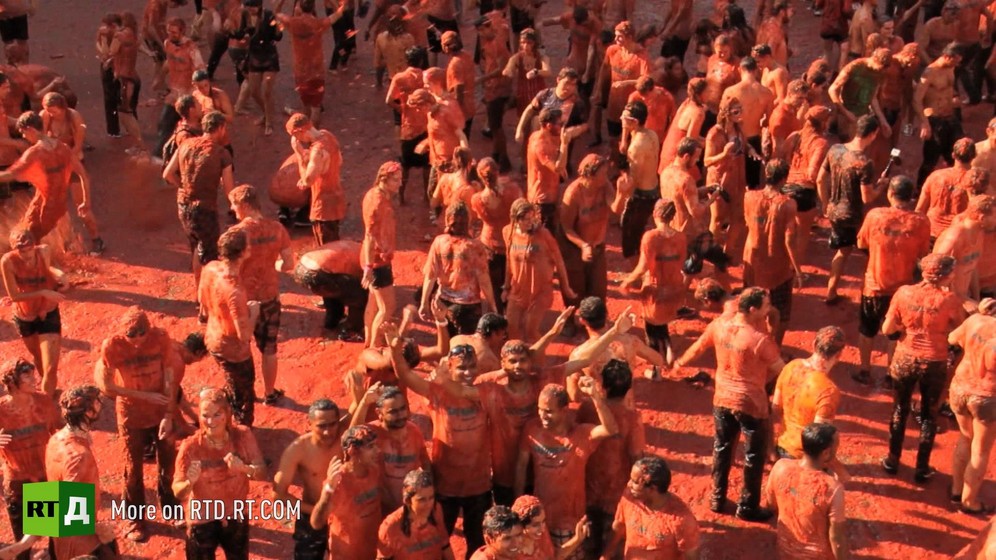 With the loss of the Russian market, Dutch tomato growers have had some difficult years. To raise money for struggling market gardeners, a tomato fight was organised in the Netherlands.

Although the EU has set up a compensation scheme to cover some of the losses, farmers question whether the bloc really is facing up to the crisis. French, Spanish and Polish farmers’ union reps are demanding that economics be kept out of politics.

With no end to the sanctions in sight, European farmers are faced with hard choices. One Polish apple grower talks about the tragic human cost of the sanctions. For another, the crisis could well mean the end to a way of life. So, is there any way out for European farming? For generations, Poland has been an agricultural country. The loss of their main export market is forcing many Polish fruit growers to consider whether they still have a future in farming.