Get to the truth of the Dyatlov Pass incident

On 23 January 1959, a group of Soviet students led by Igor Dyatlov set off on a hiking trip across the snowy Ural Mountains, recording the trip in their journals. Ten days later, they would make their last diary entries before dying in mysterious circumstances in what is now known as the Dyatlov Pass incident. It still baffles investigators and provokes some outlandish speculation. 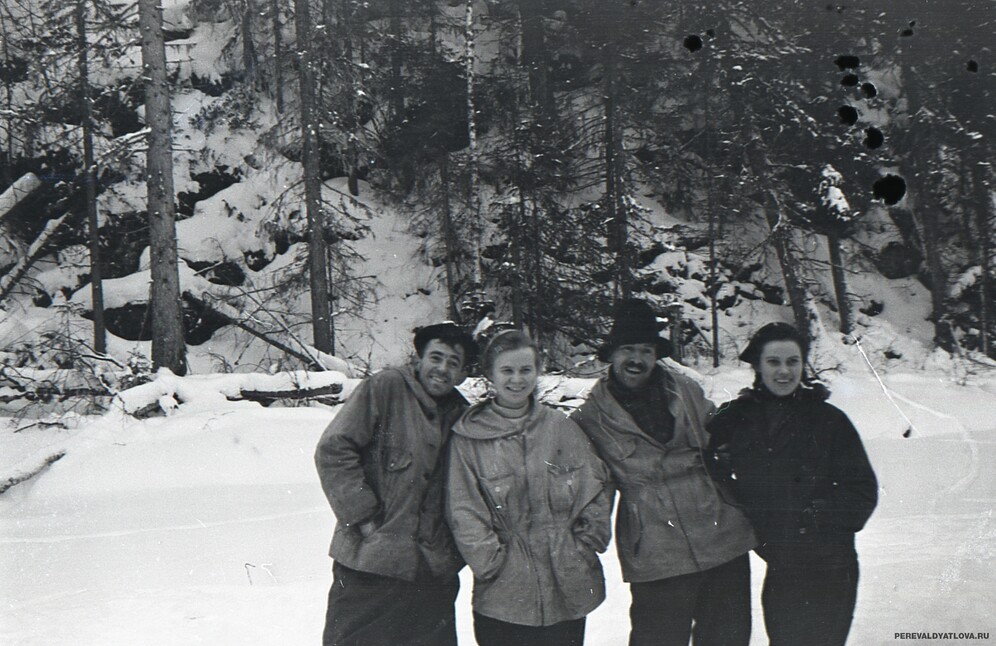 Seven men and two women in their 20s, all experienced hikers, were found dead in an area known, in the local Mansi language, as ‘Deadly Mountain’. The students’ bodies were discovered hundreds of metres apart and from their tent, which had been slit open from inside. All were barefoot and either partially dressed or wearing someone else’s clothes. The scene suggested to investigators that they had fled in panic. 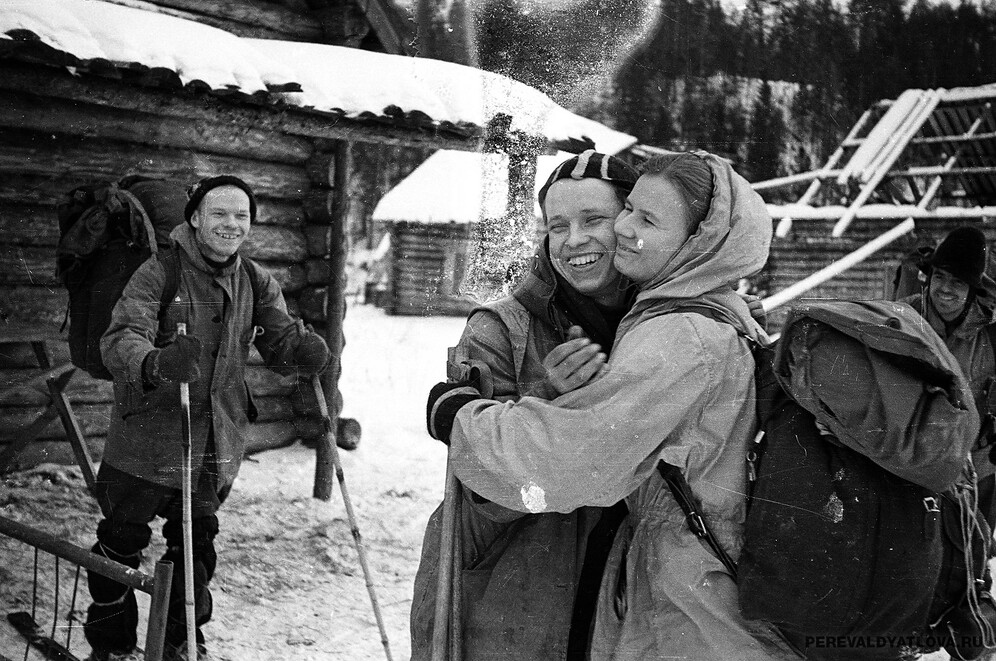 While some were found to have died from hypothermia, others had extensive injuries, including fractured ribs, broken skulls and heavy bleeding. One woman was missing her tongue; another still had a finger in his mouth after biting it off. An inquest at the time concluded that the hikers had been killed by, “unknown compelling natural force,” ruling out criminal foul play. For decades, the mysterious case of the Dyatlov Pass incident was kept secret, ostensibly to prevent panic, but it did raise countless questions and inspire dozens of conspiracy theories. 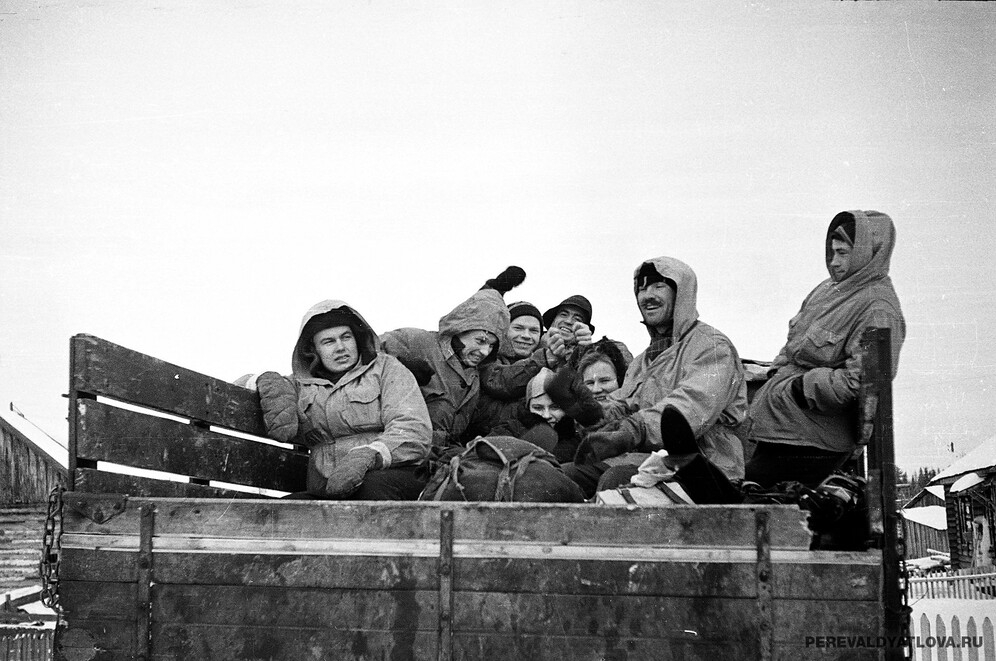 What forced a group of half-naked young people to abandon their camp and run out into the cold? Why did they split up to be found in groups of two and three? What might have caused their brutal injuries? Could an argument have erupted between the group members? Maybe they stumbled upon escaped prisoners or hostile Mansi tribesmen? Perhaps they saw something they shouldn't have such as top-secret military activity, aliens or even something supernatural?

Sixty years later, Ruptly correspondent, Peter Scott, travels to the Dyatlov Pass posthumously named after the group leader, as a new investigation of the tragedy opens. The Ruptly film is part of the interactive project, Dyatlov Group’s Journal, Last Page. The project draws on members’ notes and photographs, as well a forensic expert and local Mansi people to build a picture of what might have befallen the doomed expedition. The truth must be out there, but will they find it? 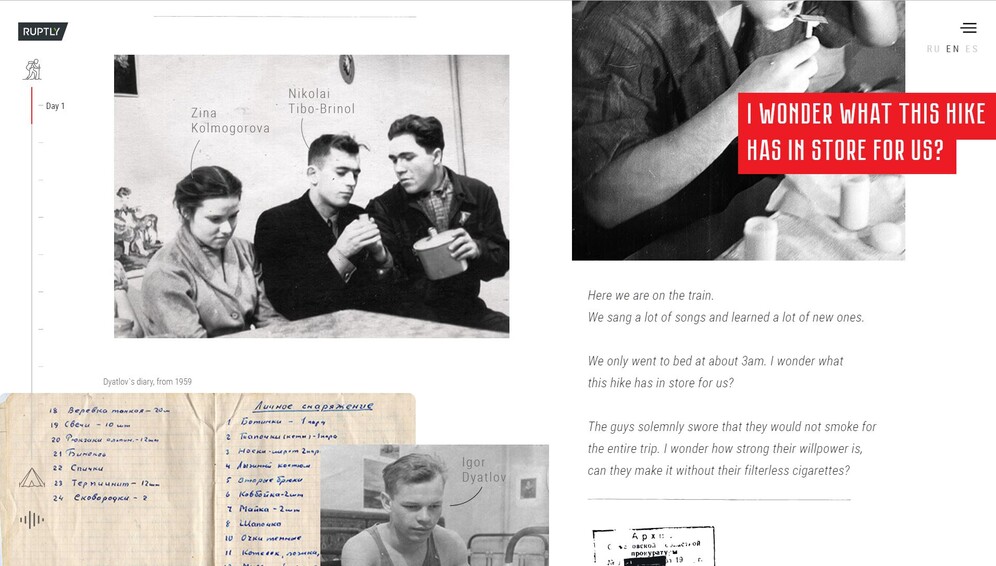 Check out Ruptly’s interactive website, available in Russian, English, and Spanish. You can find more of the ill-fated hikers’ pictures and diary entries on the project’s Instagram page.