Embed
Embed video
X
Copy
So, You Want to Be a Shaman

A Shamanic rite of passage for beginners in Siberia

Buryat people in the Siberian Republic of Buryatia believe that spirits permeate our world. The invisible entities play an important role in local life. They can protect, ward off troubles, cure disease and advise; all through human intermediaries, better known as shamans. These mediators between us and an 'other world are a combination of priest and healer. They are now in high demand as Shamanic tradition is experiencing a boom across the region. 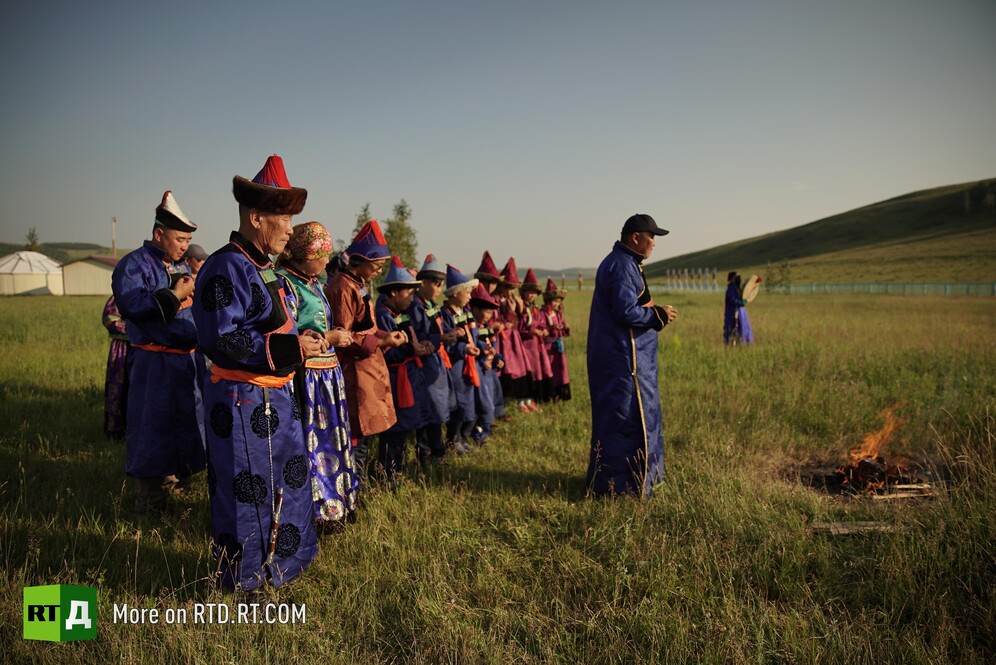 Relatives and villagers take part in an initiation ceremony, called 'shanar', for Zandan (front). Chosen by ancestral spirits, he was told to undergo the rite at the age of 33. However, that doesn’t mean Zandan is guaranteed a pass on his first try at his spiritual test .

Every Buryat family is said to have a shaman. They don’t choose to become shamans, though; it’s an ancestral calling passed down from generation to generation. While shamanic rituals and tools vary, what all shamans have in common is a trance-like state, they enter whenever they communicate with the spiritual world. 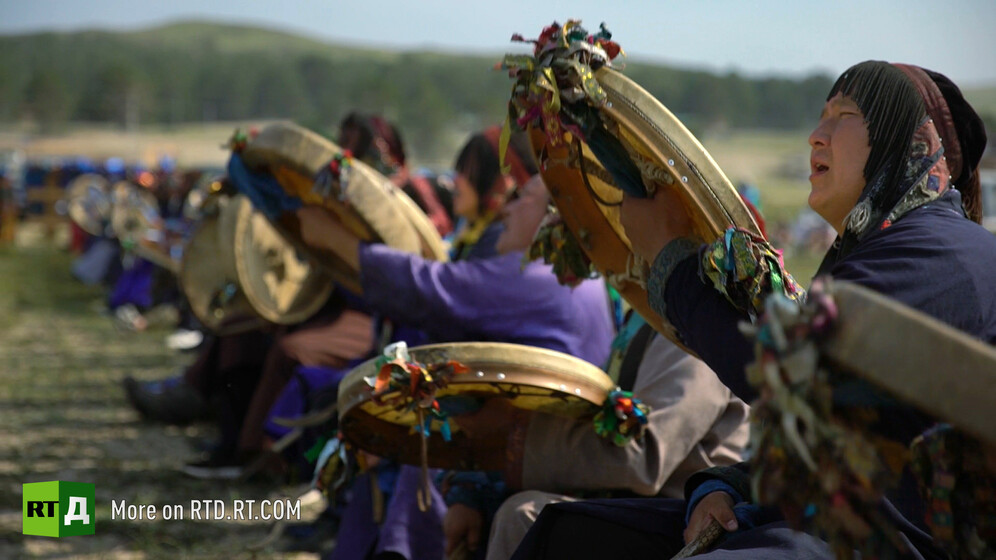 Wearing traditional Buryat robes and headdress adorned with horns and colourful cloth strips, a shaman chants prayers, sways from side to side and rhythmically pounds an animal-skin drum. The beat gradually gets faster and louder until he reaches a percussive climax, the moment a spirit enters the shaman’s body. It may be their grandmother, distant ancestor, or local master spirit they make offerings to the spirit, ask questions and receive blessings. 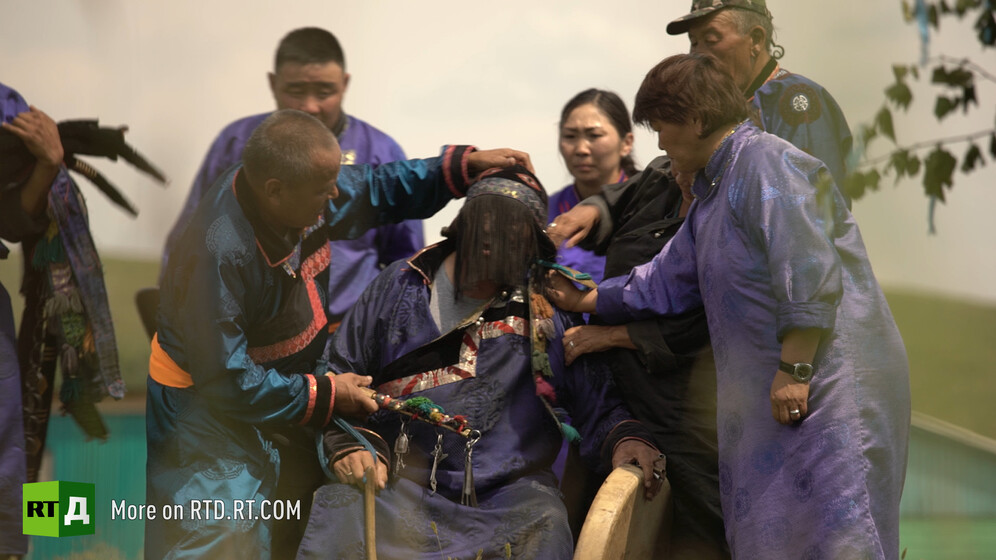 Shaman, Bair, after his trance state is over and his own consciousness returns. The moment when the spirit ‘exits’ a shaman’s body is said to be critical and even dangerous for a shaman, as each soul transition consumes a lot of energy.

RTD’s Natalya Kadyrova visits a Buryat village to witness a three-day rite of passage for would-be shaman, Zandan. He is reluctant, as the shamanic gift brings great responsibility and exerts a psychological toll. Zandan cannot decline for fear of bringing bad luck on his children. As the sacred ritual proceeds, Valentina Kharitonova, an anthropologist from the Russian Academy of Sciences, explains the science behind a shamanic trance. 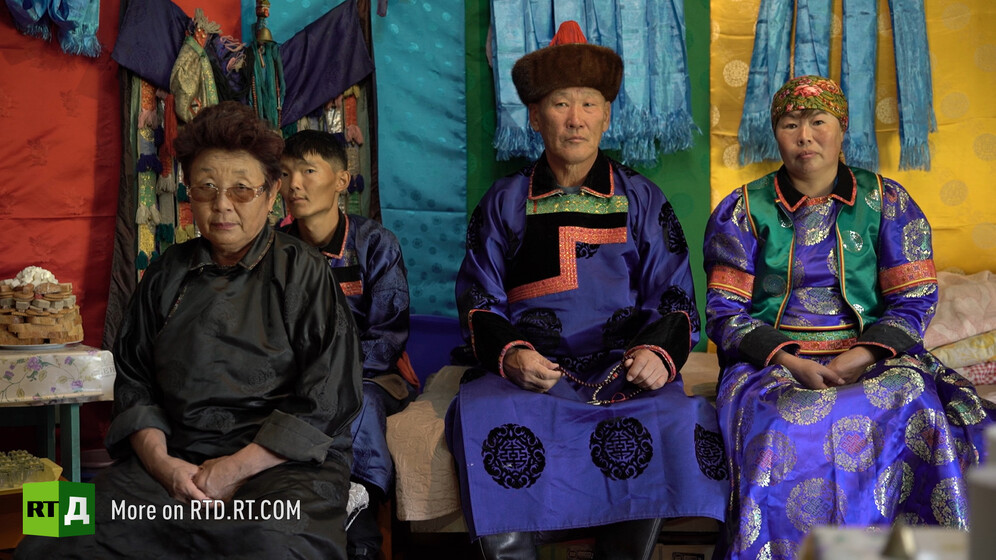 In Buryatia, shamanism and Buddhism are closely intertwined, with many families practising traditions from both.

The film crew is then invited to the ‘Tengeri’ centre, a community of some 100 shamans in the city of Ulan-Ude. The shamans perform initiation rites, reveal their daily routine and explain how their lives have changed since being consecrated. Legend says that the Shaman Rock on Olkhon Island is a temple where local spirits gather every year.

Finally, we travel to Olkhon Island on Lake Baikal for a massive blessing ceremony called tailagan. Dozens of shamans enter a trance and summon the spirits of the sacred place, chanting and beating drums in a spectacular and colourful ceremony.