The Citarum river starts at the picturesque Cisanti reservoir, but as it winds through West Java province for almost 300 km, it becomes a shocking sight: heaps of plastic garbage and its water being turned into a disturbing mix of unpleasant colours as a result of industrial waste from textile factories.

Hundreds of textile factories dump hazardous waste, turning the water ominous shades of white, black or brown in different parts of the Citarum. Lenient environmental regulations and cheap workforce attracted the industry in the region in the 1980s. It has provided the impoverished local population with jobs and brought millions of dollars to Indonesia’s economy, but it also transformed the once pristine life-giving river into a toxic swamp. The volume of waste has also led to soil erosion and killed off nearly all the fish.

However, for some 27 million people living within its basin, the Citarum remains the primary source of fish, drinking water and rice field irrigation. With no other choice, they continue to use it despite the toxic chemicals and heavy metals that end up in the river’s tributaries, canals and reservoirs. But it’s not just industrial wastewater poisoning the Citarum, locals frequently dump domestic trash and sewage directly into the river. 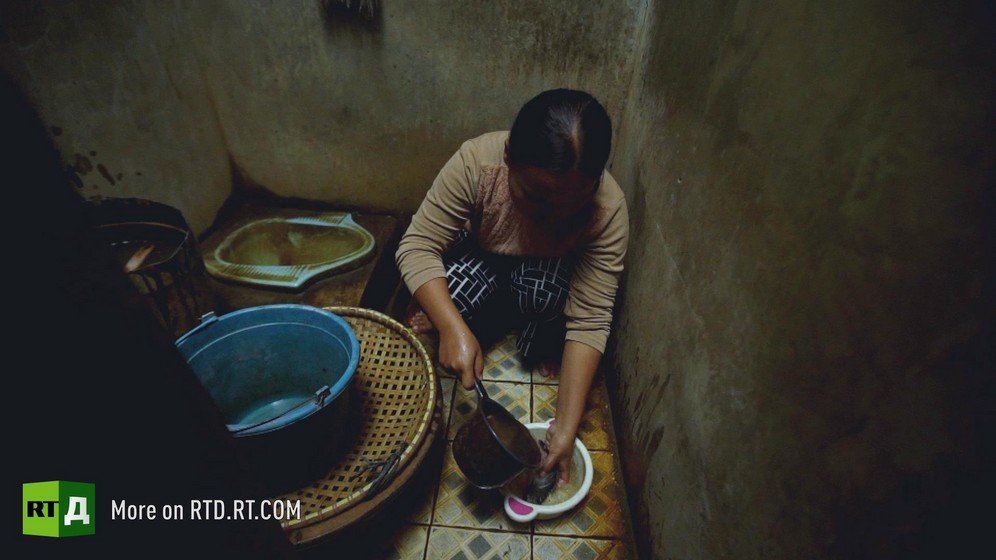 The heavily polluted river remains the only source of water for millions of Indonesians living on the on its banks. They use it for drinking, cooking, farming and other daily needs despite the severe health risks.

Although the government has stepped in with plans to reverse the Citarum’s degradation, rogue manufacturers still cut corners by dumping excess waste under cover of night or by building hidden drainpipes. Meanwhile, low paid men like Alo no longer catch fish, now their hauls consist of trash that they are forced to collect to survive.

In Indonesia, RTD’s Ekaterina Kozhakina meets Alo and other locals affected by the Citarum’s pollution and hears from environmental activists fighting textile companies. She also commissions an independent lab test on the water for a complete picture of the river’s contamination. 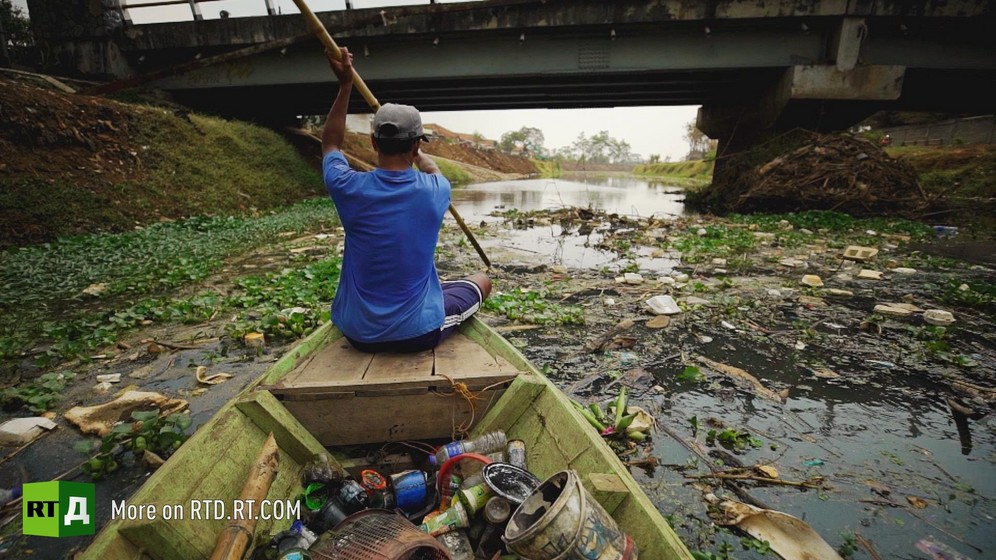 Alo, 32, is a garbage collector, who collects and sells trash for recycling. Two day’s work will bring him a little over $7.
Follow stories the mainstream media ignores: Follow RTD's Twitter
Watch trailer
Please rate this film
9.39
(23 users)
Published: 22 May 2019 11:30 View: 8542
Duration
25:16
Written and Directed by
Ekaterina Kozhakina
Tags
Watch this film in Russian