The history of the descendants of Africans in America has been shaped by racism. Following the end of slavery in 1865, Southern states fought back against the new equality between Black and White through Jim Crow laws enforcing legal segregation. During the Civil Rights era of the 1960s, Martin Luther King’s non-violent resistance and Supreme Court decisions lead to the dismantling of legal discrimination. In the decades that followed, efforts were made to integrate Blacks and Whites in daily life, from housing to schools and services. The election of Barack Obama, a Black man, to the United States presidency in 2008 gave hope to some that Americans now accepted each other as equals.

Since then, violent racial protests have revealed a less harmonious picture.

Many Black Americans claim racism against them is worse since the election of Barack Obama, and then Donald Trump, to the presidency. They fight against the bigotry with street protests.

Chris Barker, the "imperial wizard" of the Loyal White Knights of the Ku Klux Klan in North Carolina and his wife Amanda are sure: they want to live separately from Black Americans. The couple shares their view on what they see are the social ills afflicting African Americans and their frustrations with what they consider a failed experiment at integrating incompatible communities.

In Charlottesville, North Carolina, a protest against the removal of monuments celebrating Confederate soldiers who fought to protect slavery, had a tragic outcome in 2017. Anti-racist Heather Meyer was killed by a White supremacist who mowed her down with his car.

Radio host Tariq Nasheed grew up between northern Detroit, to which where African Americans moved during the Great Migration to find industrial jobs, and Birmingham Alabama, the southern birthplace of the Civil Rights movement. He denounces White flight when local inhabitants desert city centres as African Americans move in. 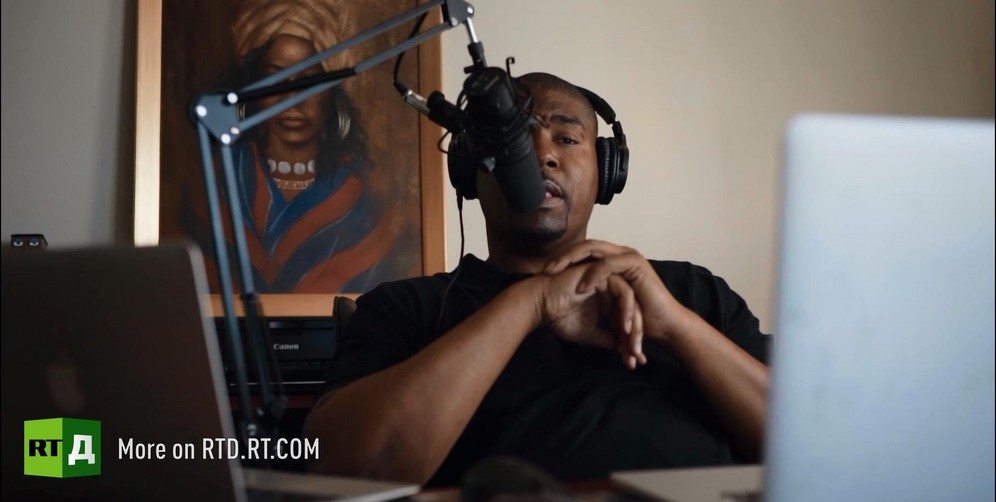 Radio host Tariq Nasheed witnessed African-American children being treated worse than White ones in Southern schools. He says the social problems African Americans experience are caused by Whites refusing to mix with Blacks.

Hawk Newsome, a lawyer leading the Black Lives Matters campaign in New York City, is suspicious of well-heeled Whites moving into historically Black neighbourhoods, in a process known as gentrification. In episode 8 of our Black Lives documentary series, RTD asks whether Black and White Americans can live alongside each other.

The Ku Klux Klan is the best known of White supremacist organisations in the United States.