Though Russia is largely a landlocked country, it is replete with rivers and lakes, so fish is extremely popular. In Soviet days, Thursday was even recognised as ‘fish day’. Oscar and Glen go to a settlement south of Peterhof where fish breeding has been practiced in Russia for centuries.

Peter the Great built a spa and organised fish breeding in the hamlet of Ropsha in the 18th century. Today, it is the home of Russia’s premiere fish breeding centre, the Centre of Fish Farming Genetics, which has developed two of its own breeds of trout: rofor and rostal. After touring the facility, Oscar and Glen decide to try their hands at fishing themselves – but buy some first, just in case. 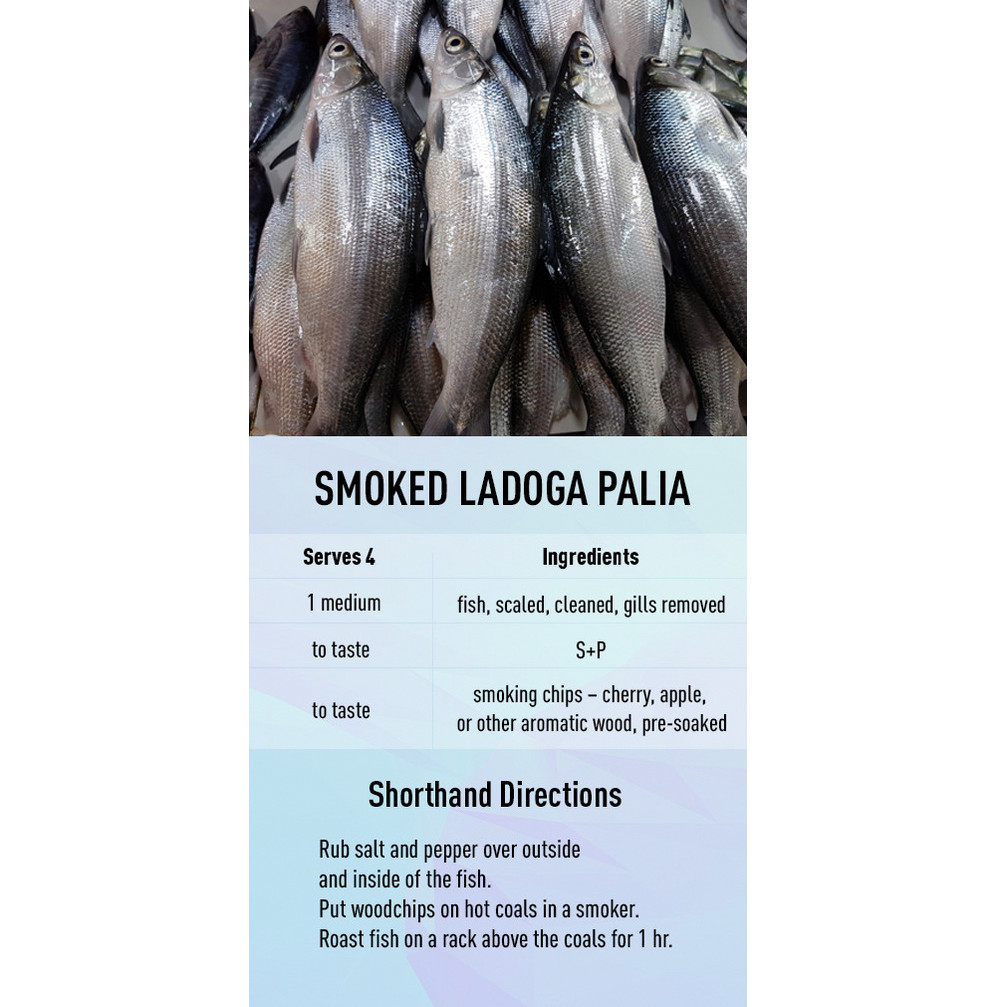 And where better to fish than Europe’s largest lake northeast of St. Petersburg. Lake Ladoga holds special historic significance for Russia. During WWII, its famous Osinovetsky Lighthouse guided supply trucks across the ice-bound lake to Leningrad, as St. Petersburg was called then. This ‘road of life’ saved the city’s residents from complete starvation during the Nazi’s 872-day siege. After their fishing expedition, the gastronauts return to shore and learn a couple of methods to cook fish in the great outdoors. They prepare palia, a fish native only to Lake Ladoga, in a smoker. Then Glen scales and cleans two white fish right in the lake, and Oscar wraps them in foil with herbs and throws them on the grill. Though Glen is from Miami, he admits that he isn’t really a fish person. Will he like these?

To find out, check out Taste of Russia, Episode 18 on RTD.