Glen wants to learn to make one of Russia’s most iconic dishes, beetroot soup, aka borsch.  Oscar will settle for nothing less than the most authentic version, so the pair travels to Pereslavl-Zalessky, a medieval town that still boasts impressive 12th and 14th century monasteries. There, the culinary explorers will learn to make tsar borsch, a recipe developed in the early 19th century by Emperor Alexander I’s personal chef.

It certainly isn’t fast food! The stock takes at least six hours to make and contains at least four kinds of meat: beef, pork, chicken and duck. Under an experienced chef’s watchful eye, Oscar and Glen chop and shred onions, cabbage, potatoes, and beets. Then, they add the vegetables to the stock to simmer in a cast iron pot in a wood-fired Russian stove. 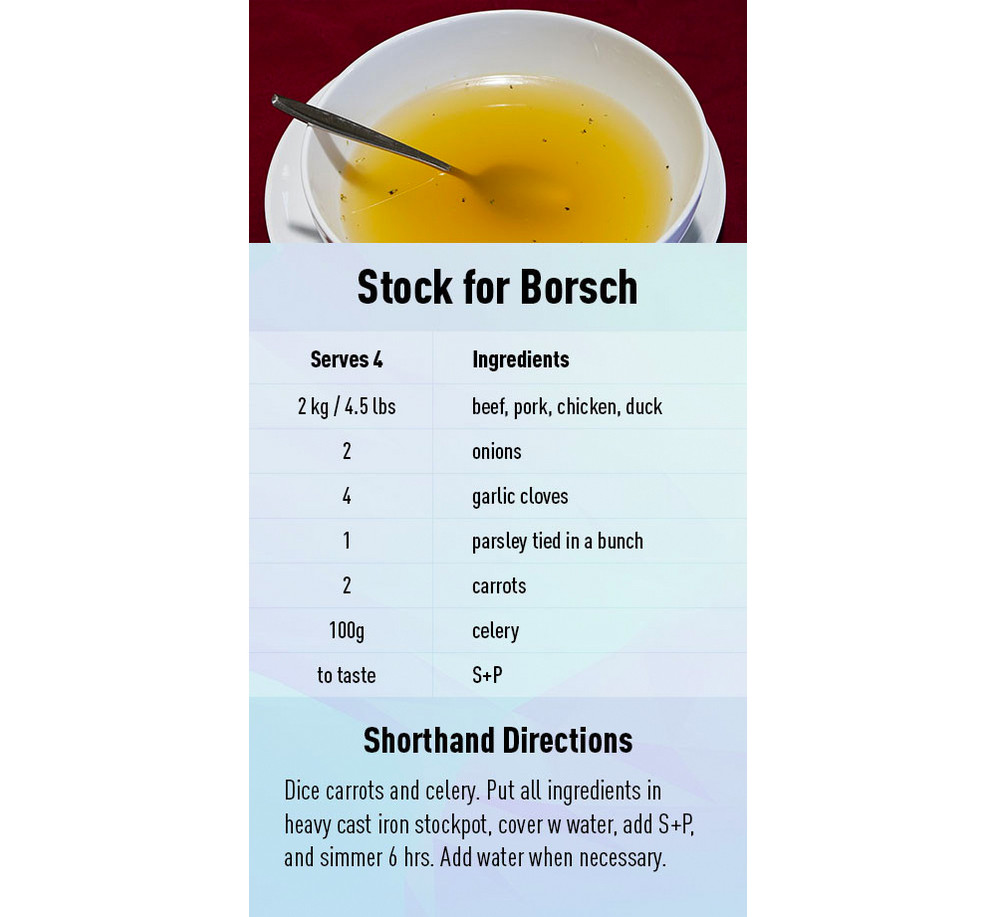 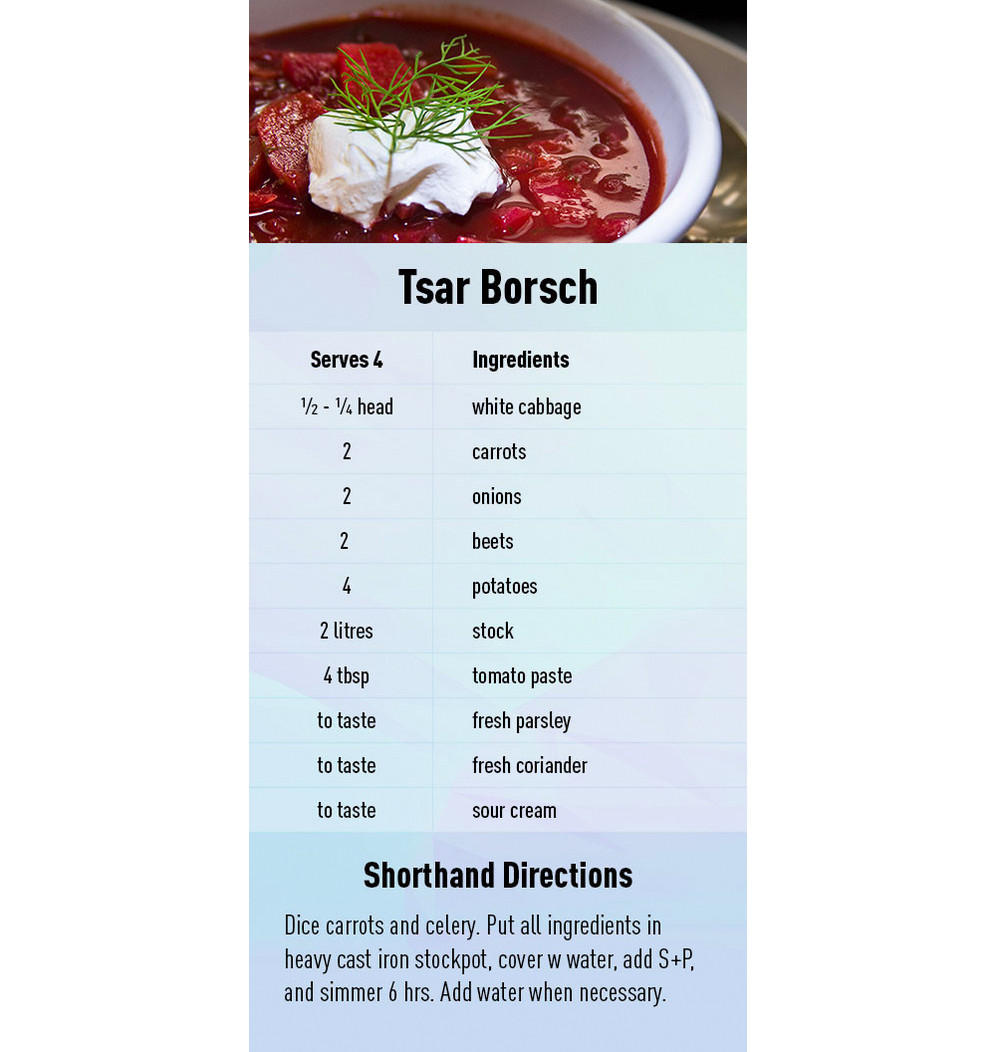 While awaiting the final result, Glen and Oscar meet the local Cossacks for fun and games in a unique Russian park that was recently created to preserve and showcase Russian traditions. There are houses that replicate 19th century architecture, as well as arts and crafts, and games and entertainment. After working up an appetite, Oscar and Glen return to the kitchen to find a stupendous variety of complementary dishes already prepared. The borsch is finally ready, and the tired warriors sit down to a meal fit for a royal coronation.