As our two gastronauts discuss Russian literature, Oscar says that to truly understand Russian cuisine you have to read the works of Leo Tolstoy.  With Glen’s curiosity peaked, they set out to learn what was served at the renowned author’s table, the culinary explorers visit his former home, Yasnaya Polyana.

To plunge into the spirit of the times, Glen puts on a Tolstoyan shirt and goes for a horse ride around the estate. He also wants to try prostokvasha, a traditional sour milk drink the writer often had with breakfast. But to try truly fresh prostokvasha, Glen must first learn to milk a cow… an experience that shows he might not be cut out for farm life. Meanwhile, Oscar checks out the manor house’s 19th-century kitchen and impressive stove. 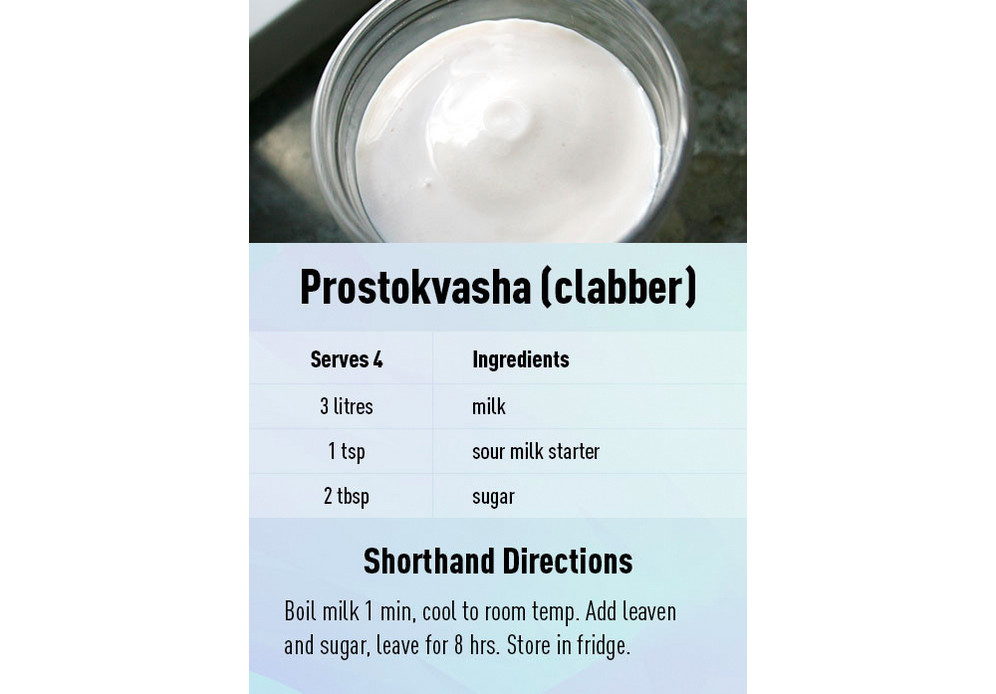 Though Tolstoy became a vegetarian later in life, in his younger days he loved to hunt and was keen on fine dining. Oscar and Glen enlist the help of a chief well versed in the cuisine prepared at Yasnaya Polyana to make two dishes that were wildly popular in the 19th-century.

The first is forshmak, a veal and herring meatloaf that was served as a starter. To combine meat and fish in one dish seems rather strange today and Glen can’t help but notice that the mixture looks and smells disgusting while being prepared.

The second dish, baked apples, is a classic Russian dessert with a European twist that was once all the rage on the fine dining tables of the Russian gentry. The tangy fruit is stuffed with cognac-soaked sponge cake before being baked, with a lemon sauce drizzled over it fresh from the oven. 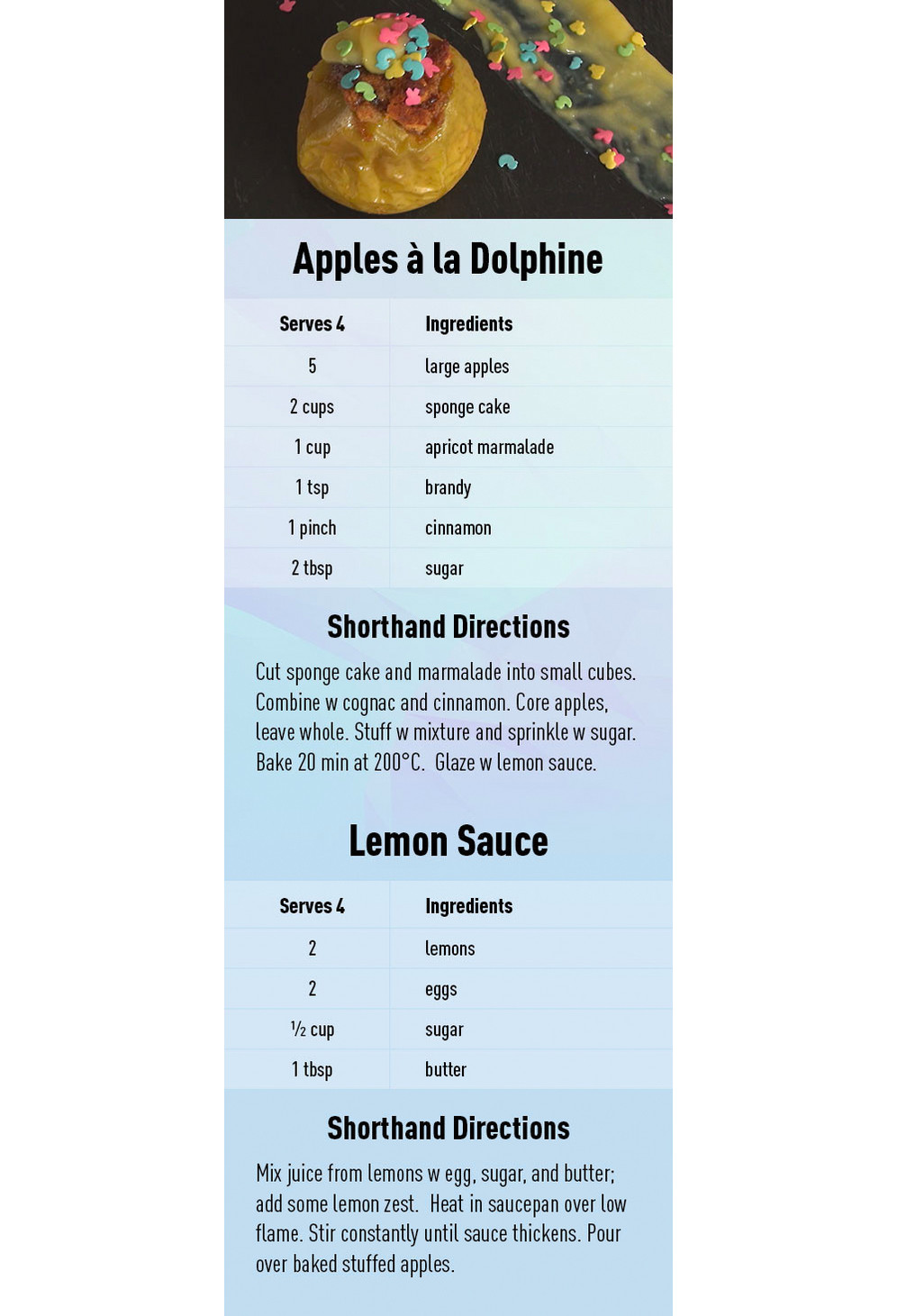 The dessert is sure to please, but it remains to be seen if Glen’s palate will warm to the forshmak once it’s out of the oven. 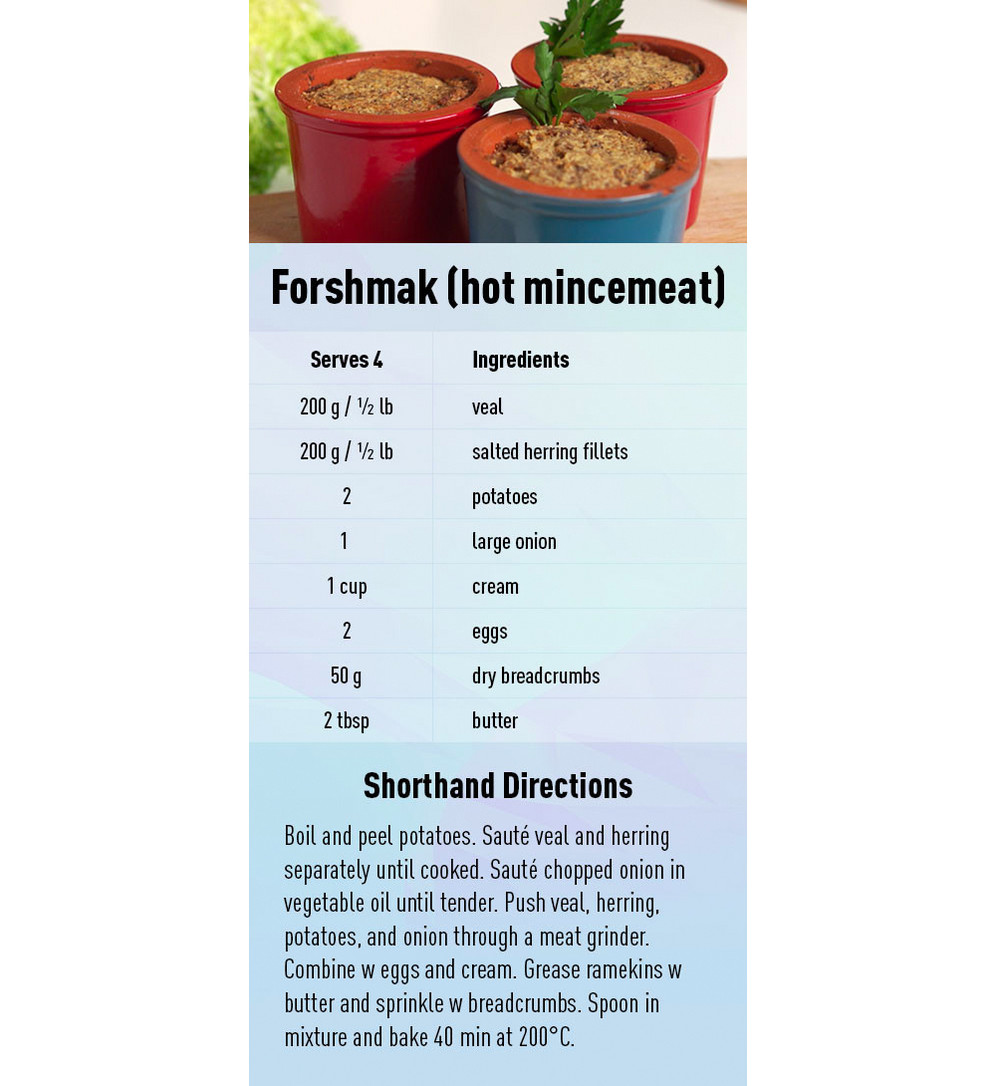 Glen’s reaction and all the recipes can be seen on Taste of Russia, Episode 6.