Suffering for soup: The secret of authentic ‘ukha’ - Taste of Russia Ep.3

Glen learns all about one of Russia’s most ancient dishes, a fish soup called ukha, a popular delicacy dating back to the 16th-17th centuries that can still be found in many Russian restaurants.

To make ukha fit for a tsar, it’s essential to use freshly caught sterlet. The problem is it’s winter, so Oscar takes Glen ice fishing. After catching a magnificent fish, the pair takes refuge from the freezing cold in the warmth of a welcoming home. It happens to belong to Oscar’s relative Sasha, who promises to reveal the key to making authentic ukha. 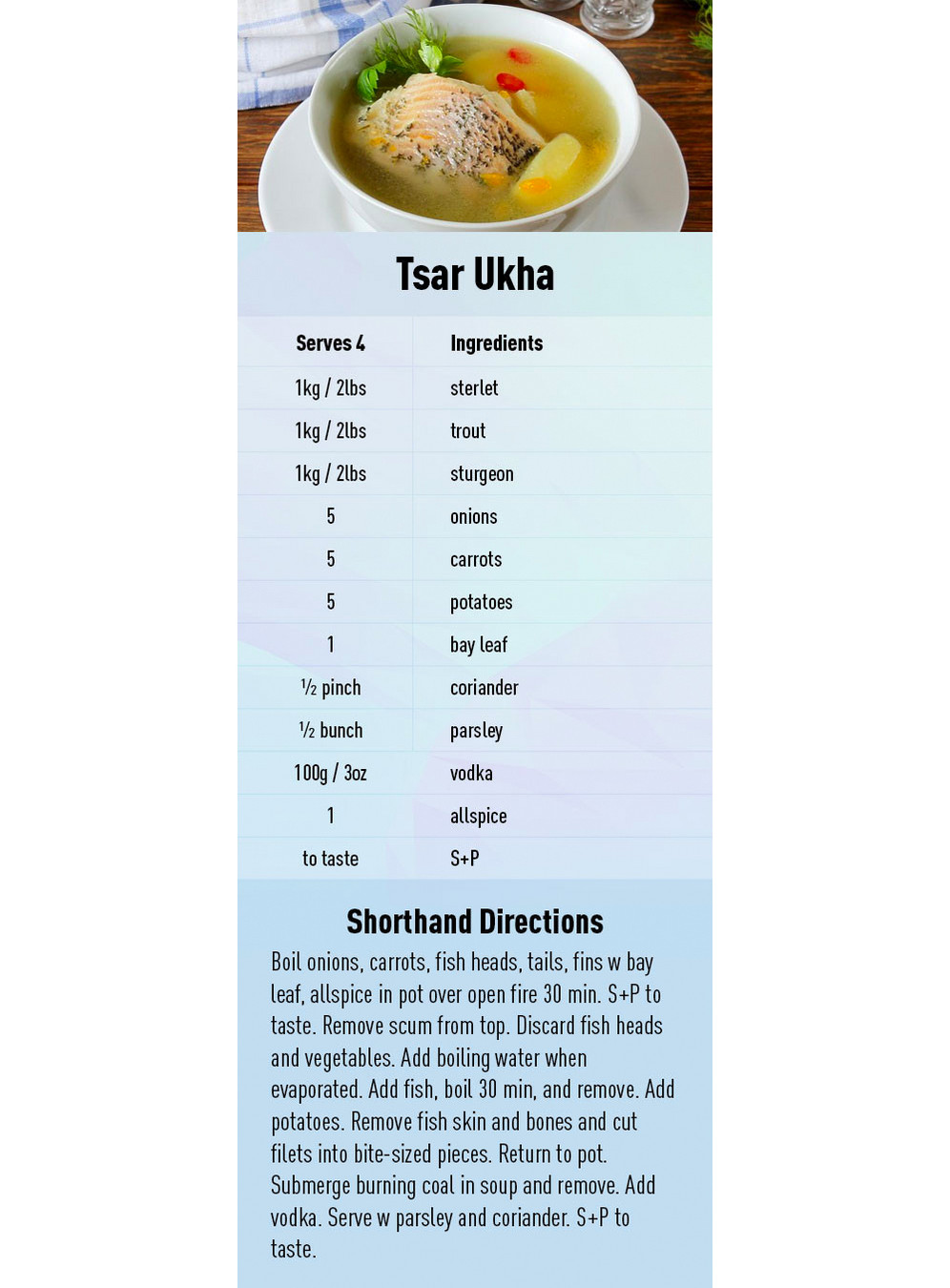 First, they prepare the broth in a cauldron over a fire. While it’s simmering, Oscar takes Glen for his first taste of a real Russian sauna, or banya. This involves getting whacked with birch branches in a steam room and plunging into an ice-cold pool. After that ordeal, Glen begins to feel a little like a cooked fish himself as he lounges outside in a cauldron-like bath heated on an open fire.

Returning relaxed and refreshed, the final touches are put to the soup, which include a couple of rather surprising ingredients. Will the joy of the taste justify the pain of the cold and the three hours of preparation?

Taste of Russia, Episode 3 reveals all!