Mr Sowers Goes to Washington: How an RTD hero changed US law to stop a government racket
Racism no longer for sale: How brands struggle to adjust to the new BLM reality

It is often said that one should tread lightly in a leap year and this treacherous year is likely to have more misfortunes and disasters than the average. 2020 seems to be working overtime with one disaster after another: Australian fires, locust plagues in Africa, BLM riots, not to mention the coronavirus pandemic and the most recent Beirut blasts. RTD has compiled a list of disasters. Each continent has had a fair share of pain and destruction, and the hope is the rest of the year will be more merciful. 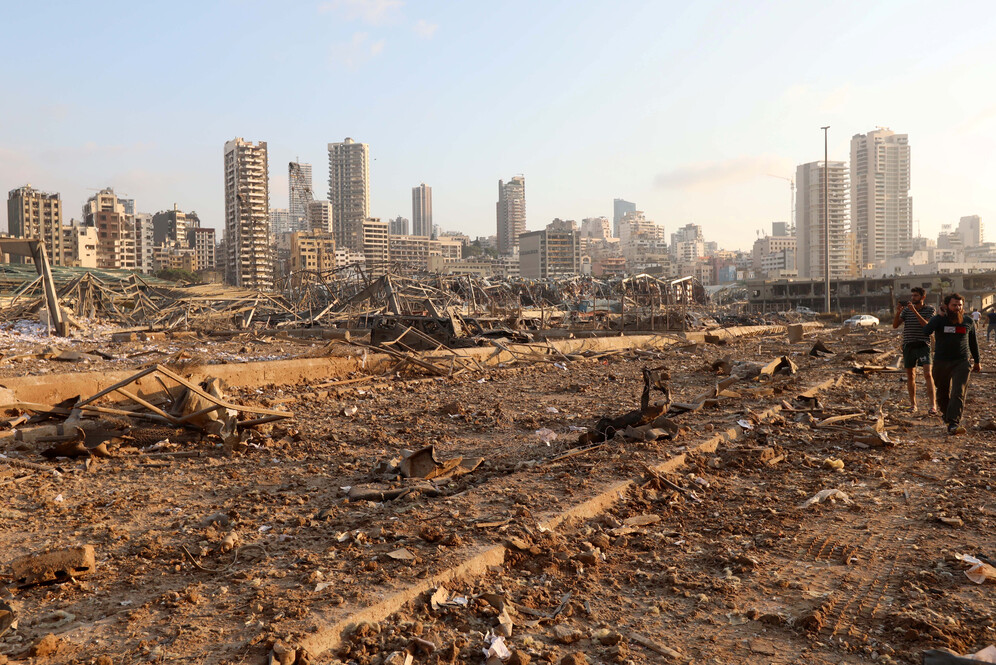 A view shows damages at the site of an explosion in Beirut, Lebanon /REUTERS by Mohamed Azakir

On August 4, the Lebanese capital Beirut was shaken up by the two major explosions, coming within seconds of each other. The first blast occurred following a blaze in a fireworks warehouse in Beirut port. Then a more massive explosion when a building nearby erupted, sending heaps of debris and reddish smoke into the air. The blasts were so powerful they were felt more than 150 miles away in Cyprus. The explosions wiped out sections of the city close to the port, and the massive shock wave sent metal shrapnel pieces and debris across the downtown business district.

The waterfront neighbourhood, filled with busy restaurants and nightclubs, is in ruins. The number of dead exceeds 100, with at least 2,750 people injured, according to the Lebanese Health Minister Hamad Hassan. Tens of thousands are now homeless.

Though the cause remains unclear, 2,750 tons of highly explosive ammonium nitrate was stored in a depot at the centre of the explosion. According to United States Geological Survey data, the blast was so powerful; it created seismic waves equivalent to a magnitude 3.3 earthquake. It's estimated, the explosion was equal to about a tenth the explosive power of the Nagasaki bomb which was rated at 21 kilotons. 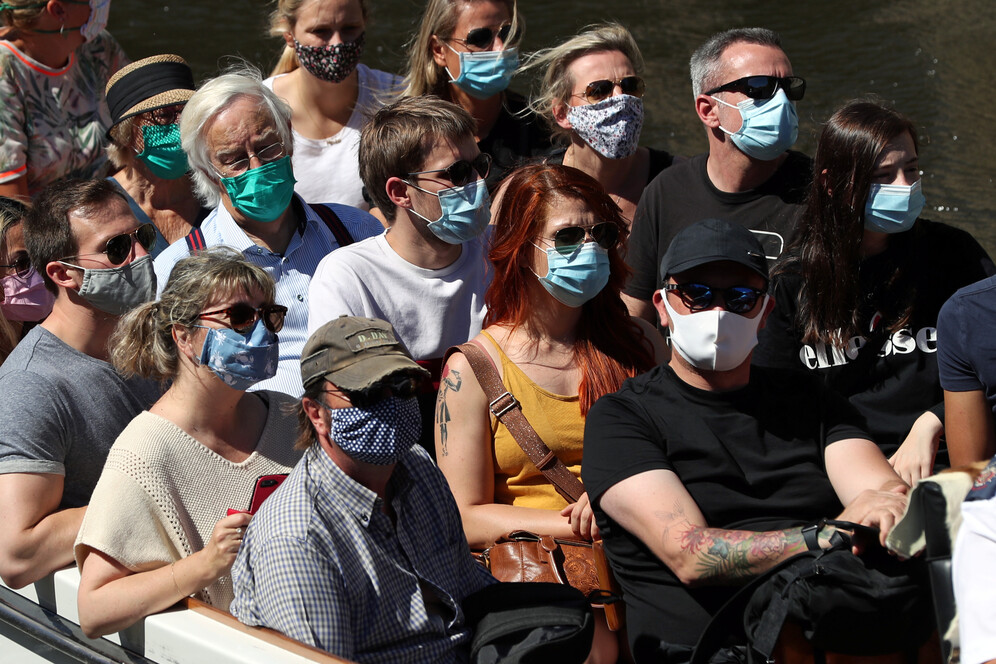 People wear protective face masks as they enjoy a boat trip on a canal in central Bruges, Belgium /REUTERS by Yves Herman

The disaster which will definitely make it into all the textbooks and encyclopedias as it has devastated almost every aspect of human life.

The coronavirus has most likely originated in bats. The virus spread to Pangolins, which are sold illegally at the live food market in Wuhan, and from there it could have spread to humans.

The fatality rate was initially said to be 2.1%, which is much lower than the SARS or MERS epidemics earlier this century. The death rate is similar to the Spanish flu epidemic that killed at least 50 million people in 1918-1920. More people died of the flu than were killed in the First World War. However, the significant differences with COVID-19 are its ease of transmission, and its ability to be passed on by people not showing symptoms.

Aside from the health implications, it totally derailed the economy, environment, and social life of millions of people. The lockdown has led to stagnating economies as businesses closed down. It has revealed gaping inconsistencies in some healthcare systems. Constant health fears and the lockdown took a toll on people's mental health. Wearing masks and social distancing created disputes between people and even countries.

On May 29, Norilsk, a small town in the Krasnoyarsk territory suffered a major industrial disaster. A large quantity of diesel fuel was spilt into two rivers after a failure in a storage tank. About 20,000 tons of oil was dumped into the Daldykan and Ambarnaya rivers. The contaminated water and fuel were carried into the Kara Sea.

After the oil spill, a fire broke out, but firefighters managed to put it out. The lakes and rivers in the region have contamination tens of thousands of times above a safe level.

The plant owners NorNickel blamed the disaster on global warming. The company says supports for the storage tank moved due to soil movement. "When the initial survey of the piles was carried out, the nature of their destruction was visible. Fresh cracks, large cracks, displacement of large concrete blocks. We assume that there was instantaneous subsidence of the ground," said Sergey Lipin, General Director of the Norilsk-Taimyr energy company.

The Rospotrebnadzor regulatory agency had discovered violations in the operation of two other storage tanks three years ago. After the accident, one of them was checked and found to have cracks. It was drained of 12,000 tons of fuel to prevent another large-scale spill.

The Univesity of Sydney estimates wildfires in Australia have claimed the lives of a billion animals. The fires started in November last year when Australia was experiencing the hottest and driest summer season in recorded history. On one day Sydney recorded a temperature of 50°C, making it the hottest place on the planet. Wind speeds reached 130 kph, igniting flames and driving acrid smoke into the country's big cities.

A desert locust in a grazing land in Nakwamuru village, Samburu County, Kenya/REUTERS by Njeri Mwangi

Also, in 2020, an invasion of locusts threatened the world. The plague was a result of the warm and rainy winter. By the time of the pandemic, locusts had bred in 23 countries in the Middle East, Africa and Asia. About 19 million people were on the verge of starvation due to the destruction of wheat, corn, cotton and other crops. The World Bank called the invasion the worst in a generation — and this was before its second, even larger wave was fully manifested. Great plagues of locusts have already settled in Kenya, Ethiopia, and Iran, and threaten Africa's crops.

The scale of the problem is severe as the UN assessed the situation as "extremely alarming". This is the deadliest invasion of desert locusts in Kenya, Uganda, Eritrea in the past 70 years. In Iran, locusts have not been seen for 50 years, and in South Sudan, they appeared for the first time.

The fire in the Chernobyl exclusion zone

A geiger counter measures a radiation level at a site of fire burning in the exclusion zone around the Chernobyl nuclear power plant, outside the village of Rahivka, Ukraine/REUTERS by Yaroslav Yemelianenko

On the anniversary of the Chernobyl accident, a new environmental threat has emerged. Twelve abandoned villages burned to the ground in the exclusion zone around the nuclear power plant. The famous Red Forest with trees heavily modified by radiation was destroyed. The fire ravaged an area where contaminated equipment was buried following the accident in 1986.

Russian environmentalists agree, the fire in the exclusion zone is extremely dangerous to the environment, and the extent of the damage has yet to be assessed. There is a great risk of the uncontrolled release and spread of radioactive substances lying buried near the Chernobyl nuclear power plant.

According to environmental experts, radiation carried by smoke and hot air is dangerous because it won't lie on the ground. Infected particles will seep into the soil, get into the groundwater, spread along rivers and fly with dust in the dry season.

An earthquake in Croatia

On March 22, the Croatian capital of Zagreb survived its strongest earthquake in 140 years. The epicentre was located seven kilometres north of Zagreb, at a depth of ten kilometres. After the first tremor of 5.3 points on the Richter scale, several more aftershocks followed.

In Zagreb, dozens of buildings were damaged, several cars were crushed by debris, and the spire of one of the two towers of the Cathedral collapsed. Though the damage to the area was severe, there were no victims apart from a teenager hit by a collapsing facade.

Eight mass graves, with more than 200 skeletons, found under the Monoprix Reaumur Sebastopol store in Paris March 10, 2015 . Experts believe these are victims of a sudden illness resembling an outbreak of Bubonic plague/ REUTERS by Philippe Wojazer

Historically, the plague has caused unparalleled devastation, killing hundreds of millions of people in different centuries.

A recent case of bubonic plague was confirmed in China on July 5. Still, it was unclear how the patient, a herdsman, was contaminated. The week before the incident, neighbouring Mongolia quarantined its western region after identifying two suspected cases of bubonic plague. They were linked to the consumption of marmot meat, according to the Moscow Times. Later, a 15-year-old boy from the western Mongolian province of Bayan-Ulgii was admitted to hospital with suspected plague after eating a marmot, according to local authorities.

Plague bacteria live in fleas that prey on rodents, mostly rats. In the cross border region, they live on marmots. The most common form of the disease is transmitted either when infected fleas bite humans, or through wounds to hands when handling infected rodents, as was probably the case with the herdsmen.

Asian giant hornets were first spotted in November 2019 near the city of Blaine in Washington State. The pests are known to inhabit Japan, China and South Korea, were seen in British Columbia, Canada, a month earlier. The deadly insects, are up to two inches long and can travel 20 miles per hour and produce nearly seven times the amount of venom as a honeybee. Almost any beekeeping suit is vulnerable to their sting.

On average, murder hornets kill between 30 to 50 people each year. Menacing though it sounds, humans are not in danger if they steer clear of the aggressive insects. The hornets' primary target is the honeybee. They can easily wipe out an entire honeybee colony in a matter of hours, and with extreme brutality. This is especially alarming, as the bees are already on the brink of extinction in the US. Their shortage can seriously thwart pollination of crops, such as apples, blueberries and cherries. 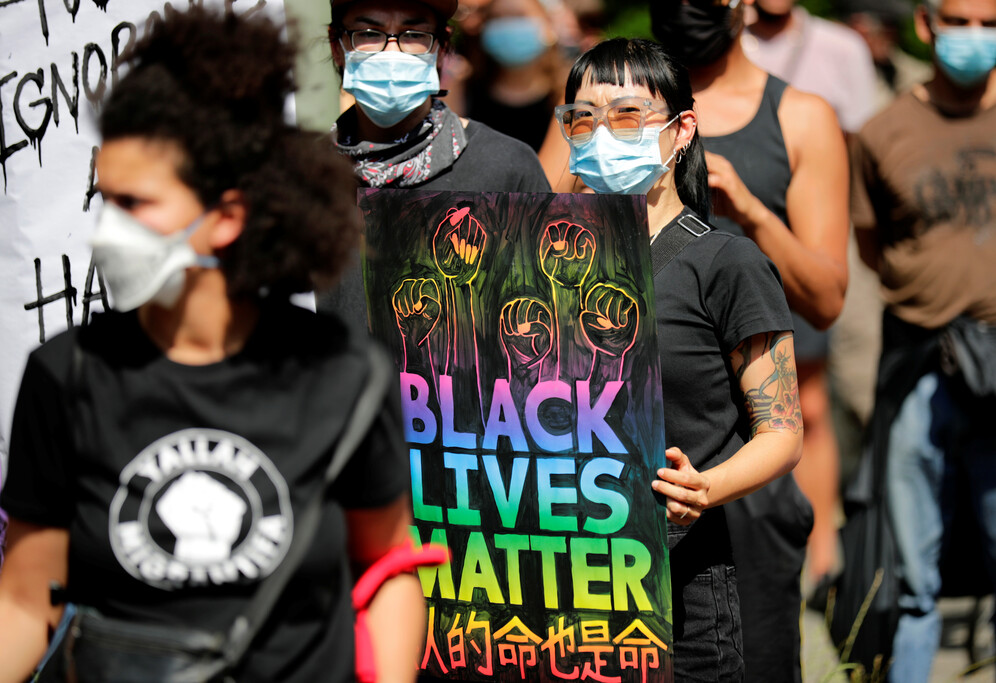 The case of George Floyd is another glaring depiction of police brutality, which highlighted a cause that's been waiting long to erupt. The killing of another black man by a police officer sparked a series of riots which eventually grew into a nationwide protest against police brutality. The #BLM movement expanded as it was joined by progressives from every side. However, radicals caused mayhem with rioting and looting at protests that saw many injured. The ramifications of the movement touched every aspect of American social and economic life. It spurred leading companies to remove brands that could be considered racist. Streaming services added disclaimers explaining the racist implications of old movies. Overall, it was a huge step to alter the thinking about any culture other than white as "exotic" and switch from appropriation to equal cultural exchange.