The Forgotten Epidemic: How the USSR Defeated Smallpox
This Is China: Welcome to Hanzhong

“You Are Being Watched”: How the Internet Has Become Stalkers’ Best Friend

Hacked accounts, threatening messages, or a suspicious person at your front door – today, stalking takes many different forms. The growing reliance of all aspects of the human endeavour on the Worldwide Web has made stalker’s lives much easier by giving them new methods and making them practically undetectable. So how does cyberstalking work, and is there a way to protect yourself from it? Find this out while waiting for the premiere of the seventh episode of I Am Hacked – a series that tells you everything about the cyber world. 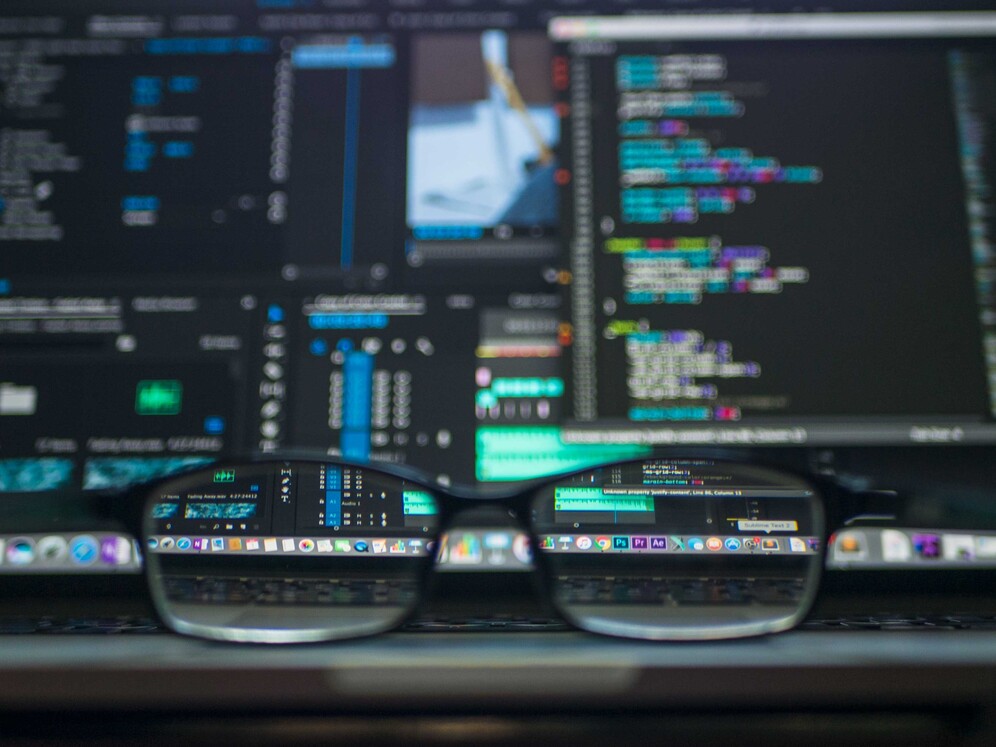 Stalking means pursuing another person. It is considered a type of violence and can manifest itself in many different ways: from spying or surveillance to sending unwanted messages, letters or gifts, making persistent phone calls, filming videos, breaking into a home, etc. Stalking often includes intimidation and blackmail.

According to the US Stalking Prevention, Awareness, and Resource Center (SPARC), in 2015-2018, between 6 and 7.5 million people were targeted annually in the United States, the vast majority of victims being women.

Most often, stalking is experienced by people aged 18 to 24. In almost 80% of cases, the initiators of this type of violence are people they know, most often – former or current partners. 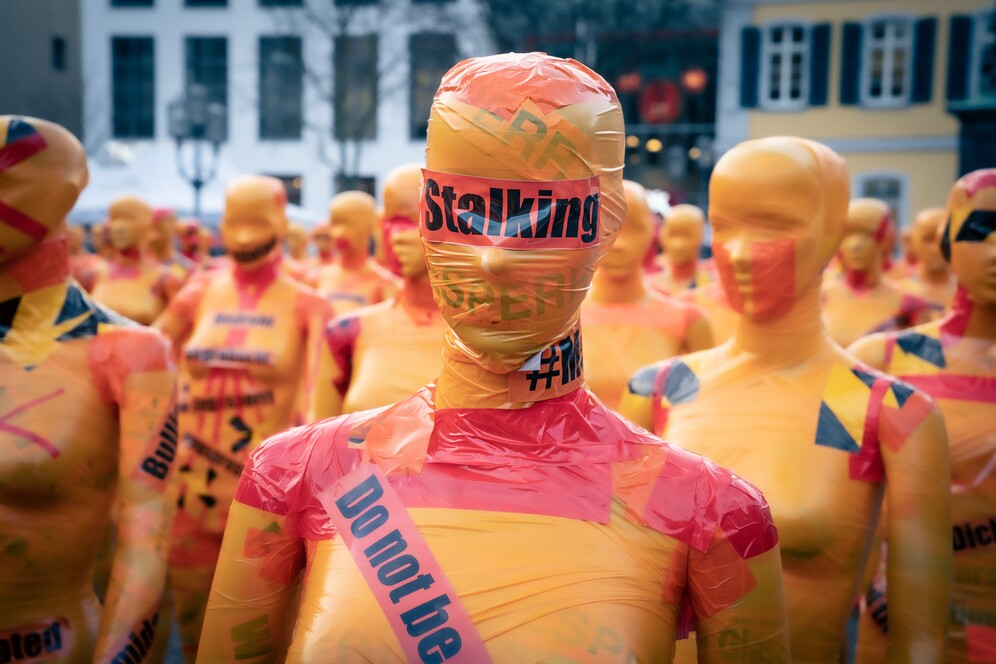 According to the British police, stalking cases have been on the rise during the pandemic / Mika Baumeister via Unsplash

The UK police have recently sounded the alarm about a sharp rise in stalking crimes in England and Wales during the COVID-19 pandemic. According to official data, over 80,000 stalking crimes happened in Great Britain in 2020 – 2021.

Although physical stalking has long been an issue, human rights activists now distinguish a separate form – cyberstalking using the resources of the internet, including social media. Cyberstalkers may even not meet their victims but pursue them online by monitoring social media accounts and hacking them, using personal data like emails and phones to track their location. 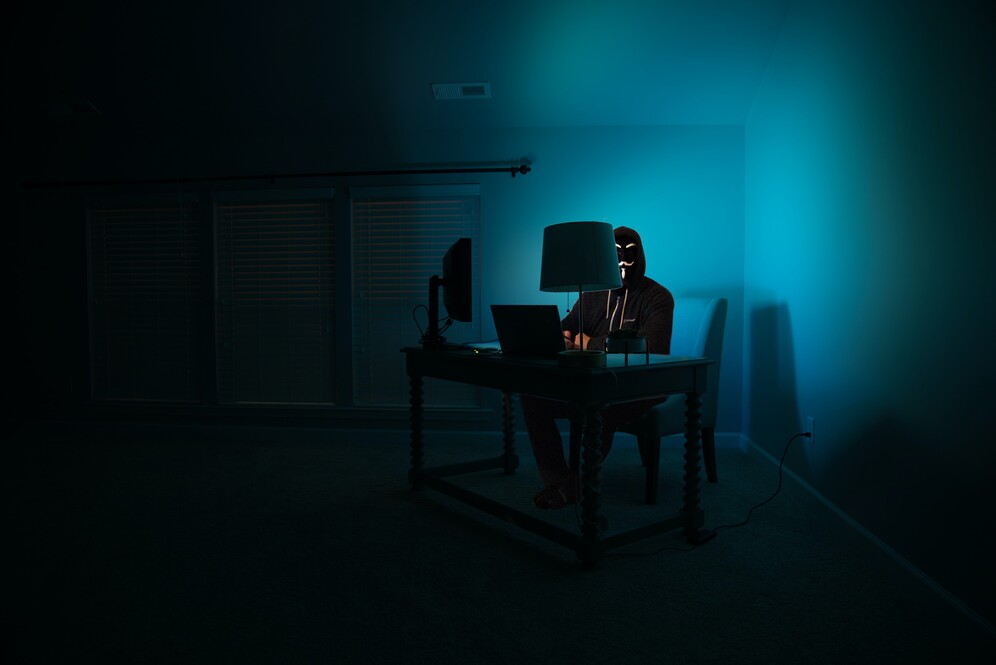 Cyberstalking also involves posting offensive comments, sending spam, connecting to a computer or smartphone webcam, and more. However, its main “advantage” over physical stalking is anonymity: even though the victim can guess they are being stalked online, for example, by a former partner, it is almost impossible to identify the perpetrator with 100% certainty.

Just as the IT revolution makes our everyday life easier, it does the same for cyber wrongdoers.

Today, if you want to track a person, you have to pay $29 – the price of an Apple AirTag locator in the US.

Just like in a James Bond movie, it can be placed in personal belongings or a car, and it allows the victim’s movements to be tracked through an iPhone. According to media reports, cases of AirTag stalking have already occurred, and the locator has been used not only for surveillance but also for car theft and other crimes. 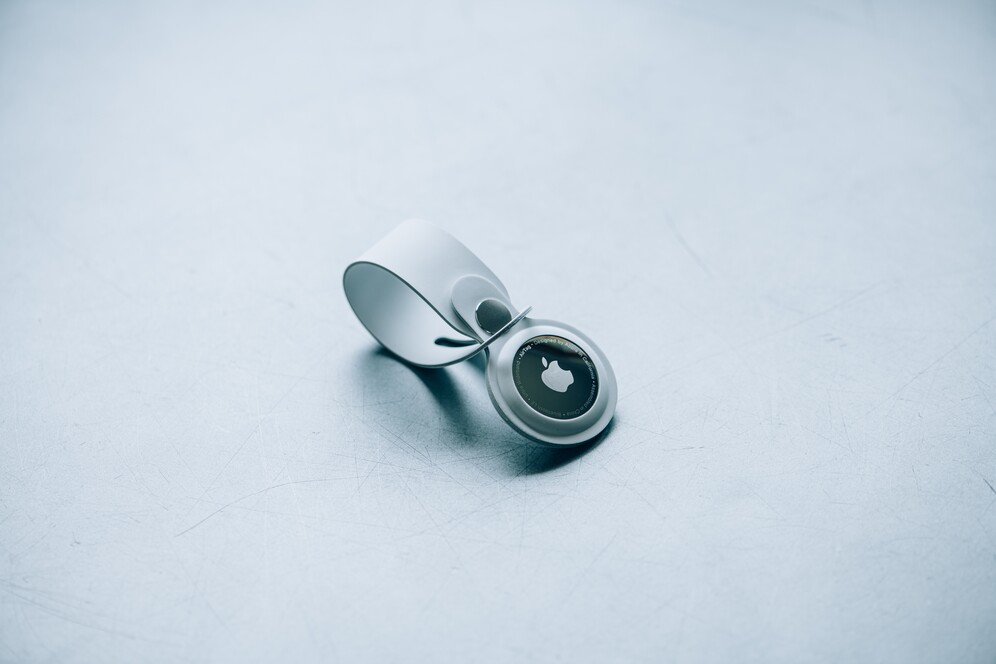 Instruments of physical and cyberstalking are often combined to enhance the intimidating effect. Besides, stalking is usually just one of several crimes committed by an attacker. As a result, particularly outrageous cases receive extensive media coverage. Among these cases is the story of Mark Wick – a Briton who his former American partner stalked.

Mark Wick and Jessica Nordquist used to work together in an advertising firm. After their breakup, the girl started a naming and shaming campaign against her ex. She would send emails to Mark’s clients accusing him of rape. She also created 20 Instagram accounts, which she used to propagate the fake rape story.

To add credibility to her accusations, Jessica bought a false belly on Amazon and pretended to be carrying Mark’s baby.

When Mark deleted his social accounts, the girt started sending him threatening SMSs and even left handwritten messages on his bike.

The stalker was caught at the final stage of her campaign when she imitated her own kidnapping. Jessica sent pictures of herself bound and undressed to her family and friends. As a result, she was charged with stalking, and several other offences and a court sentenced her to 4.5 years in prison and subsequent deportation from the UK.

Another high-profile case occurred in Virginia, USA. After a breakup with his girlfriend, Satyasurya Thumma began to send her own nude photos and demanded money not to be spread further. The girl refused, which infuriated the stalker: he asked for $25,000; otherwise, he would send the pictures to his ex’s relatives and her friends from the church.

In the end, Satyasurya hacked into his ex’s social media accounts and sent the nudes to everyone on the girl’s contact list, as well as to her father’s employer.

Later, the girl started receiving death threats. When she informed the FBI of the situation, her stalker was caught and sentenced to six years in prison. During the investigation, it turned out that Satyasurya Thumma was simultaneously stalking and harassing his other ex-girlfriend.

Man Sentenced for Cyberstalking, Identity Theft, and Computer Hacking: Satyasurya Sahas Thumma was sentenced to over six years in prison for cyberstalking, unauthorised access to a protected computer to obtain information, and aggravated identity theft. https://t.co/m7CUQ8T0mP

I love you, Taylor Swift

Celebrities are among stalkers’ best-loved victims. In 2020, an American court sentenced Eric Swarbeek to 2.5 years in prison for stalking the pop singer Taylor Swift. According to investigators, the guy sent over 40 messages to representatives of Big Machine Records – Swift’s production company, demanding a personal meeting with the singer. The tone of the messages gradually changed from insisting to threatening.

The police caught Eric when he was trying to deliver his letters personally, but this did not stop the stalker: having been released after his arrest, he continued to send letters to the label’s head, threatening to rape and kill Swift, and then commit suicide in front of Mr Borchetta, the founder of Big Machine Records.

In 2021, another Taylor Swift fan, 52-year-old Hanks Johnson, was arrested after trying to break into the singer’s Manhattan apartment. The stalker claimed Taylor Swift communicated with him on social media and “knew he was coming”.

Given the prevalence of stalking, both physical and virtual, more and more states are taking measures to protect people. In the 1990s, the US was among the first to adopt anti-stalking laws. In one form or another, stalking is considered a crime in all 50 states. In 2000, similar measures were taken by the Japanese government. 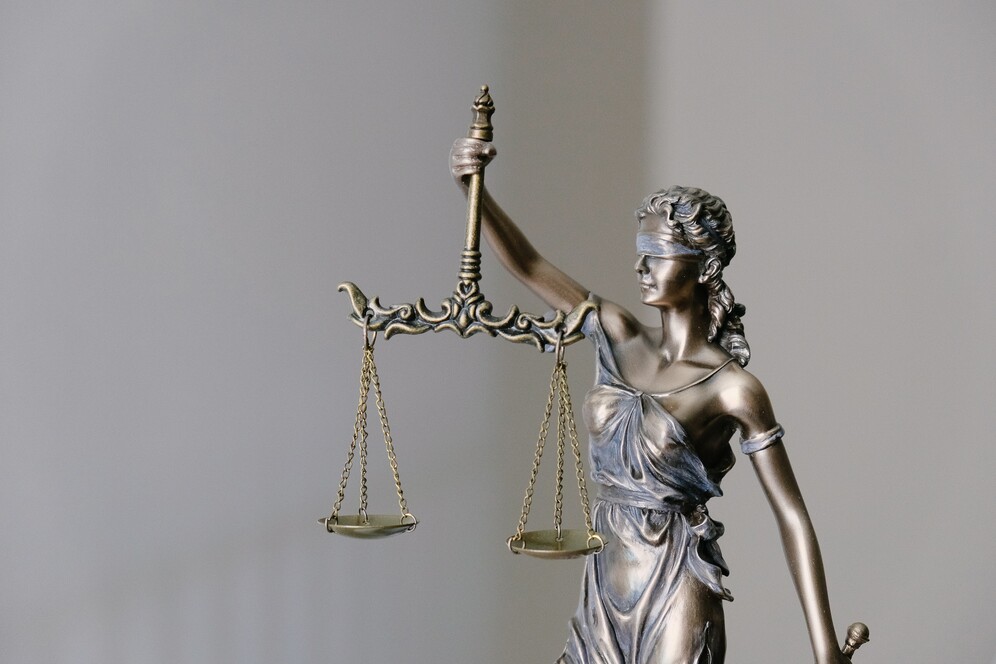 In 2012, stalking became a criminal offence in England and Wales: the maximum sentence for stalking and harassment can be up to 10 years. The law protects people from persecution in Belgium, Italy, Germany, Malta and Ireland. In general, European countries have been actively fighting stalking since the early 1990s, singing various agreements aimed at respecting the rights and freedoms of citizens.

Did you like the story? Tune in to the premiere of the seventh episode of I Am Hacked on Monday to learn more about the opportunities and dangers of the online world!