Coronavirus: worldwide panic and uncertainty. Your survival guide to quarantine
Talk to the Hand: Nicolas Huchet explains how making his own prosthetic hand humanises technology

With the coronavirus crisis raging across the world, we thought we'd check up on some of the survivalists featured in our film on US survival shelters, Armageddon Ready, released in 2019. Milton Torres, who owns a bunker in the Vivos xPoint community in South Dakota, talked to RTD on 1 April 2020 about how he's been doing in the crisis and about the lessons the coronavirus panic can teach us.

Unsurprisingly, the crisis has spiked interest in survival communities "We have been getting more people looking at bunkers", Milton Torres informs us. "It's pretty interesting now. Interesting times", he muses. 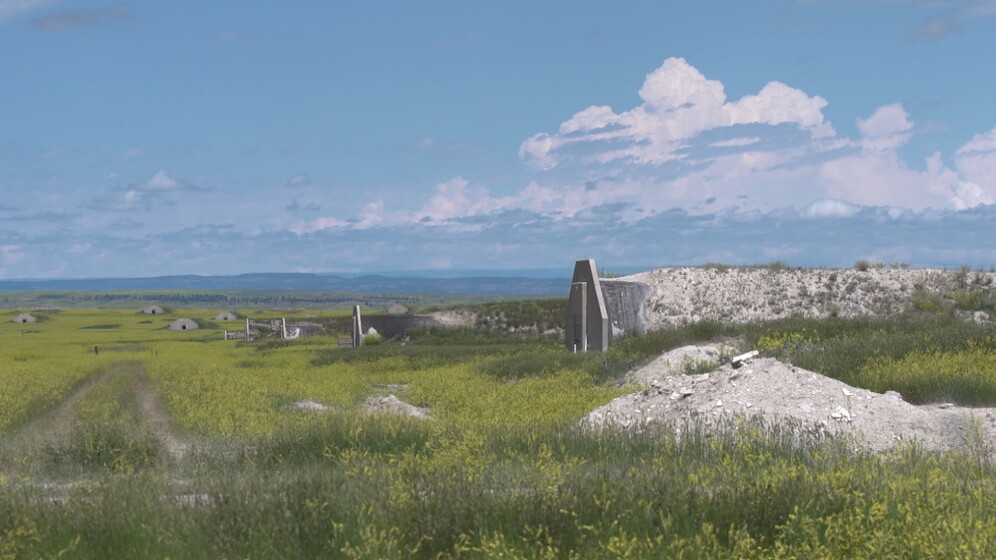 With the coronavirus crisis, survival shelters are appearing to more and more people to be the smart option. / Screenshot taken from RTD documentary Armageddon Ready

The best place in the country, if you can get there

At the time of our interview, Milton Torres wasn't at Vivos xPoint, but in Nebraska.

"I have two locations that I prepared for: instead of a plan A, I have a plan B, just in case."

He's picked good spots to sit out the crisis. The virus hasn't yet hit hard in the sparsely populated farmlands of South Dakota and Nebraska. According to Milton Torres, "every state has cases but compared to other states, Nebraska, and South Dakota are pretty far down the list. It's pretty safe." As a result, confinement isn't yet a necessity there, and life goes on, he tells us: "you can still go get something to eat, sit down, have a beer and you're fine."

Although he's distrustful of government, Milton Torres is satisfied with the way state, county and city authorities are handling the pandemic. They are "evaluating the situation and doing their job", he reckons.

Vivos xPoint community bills itself as the "largest survival community on Earth". The developer has leasing out 575 bunkers at a decommissioned US Army base in an 18 square mile field to survivalists. However, according to Milton Torres, he's the only one staying there these days. "I know there's people coming, but it's pretty hard to travel right now because they don't live in the state", he points out. "I live in the state, for me, it's a little easier to get around", he admits. 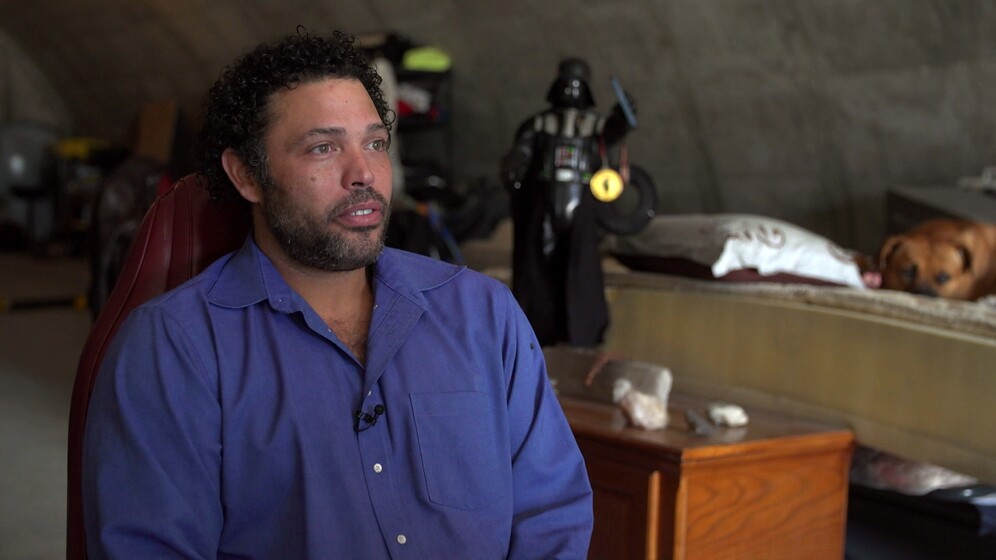 Milton Torres has been preparing for a coronavirus outbreak on US soil since January 2020. / Screenshot taken from RTD documentary Armageddon Ready

Preparation is in survivalists' DNA

Initially, he tried to raise awareness of the coming epidemic; he recalls: "I've been talking about the corona I think since January when I first found out about it. I kept warning the community, the people, anyone that lived there then." Since then, he's been focused on his preparations. "I can't prepare for other people", he explains...

Milton Torres has been stockpiling medication and disinfectant, including bleach. "I've been going to places and getting medical supplies, and just putting it in my bunker because it's good to have, just in case something were to happen in the community and no one has any." As a result, he is calm: "I feel comfortable with what I have". 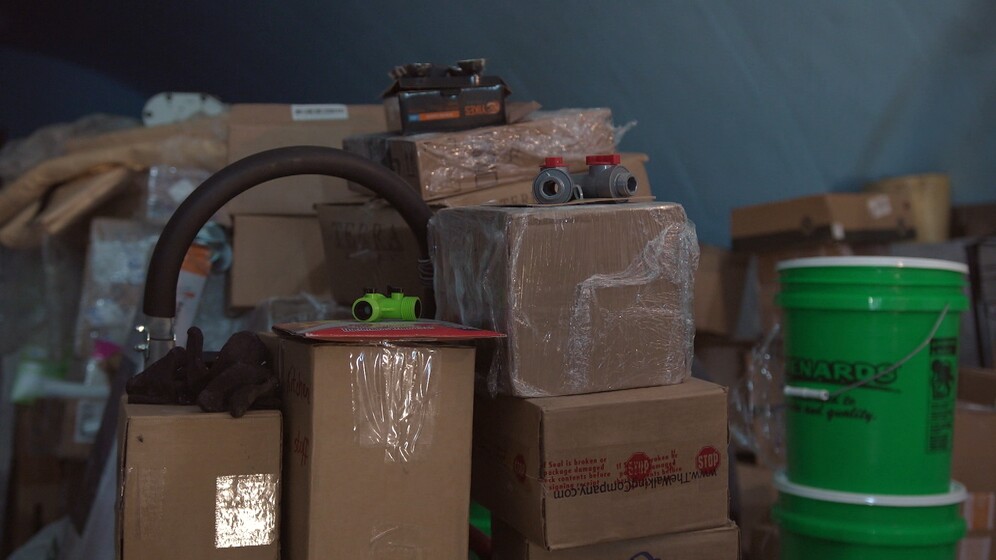 One of the big ideas of survivalism is stockpiling essential supplies to ride out a catastrophe. / Screenshot taken from RTD documentary Armageddon Ready

He's also changed his routine: "I stay away from people a lot more, I keep my distance more than anything, it's all you can do, and just practice better hygiene." This includes "making remedies, colloidal silver spray and spraying it on myself, making sure I don't catch this."

What about the mood in the community? According to Milton Torres, "it's been crazy. Everything's been crazy, everywhere I've been." Although he says "everyone's just worried, and I understand because there's a lot of people dying", the survivalist believes community members will cope with the crisis. Since they haven't been able to get out to Vivos xPoint, "a lot of them are just sheltering in their place." Still,

"Just because you have a bunker, I think survival's more of an instinct in you."

"The community understand that they're not going to be able to make it here, but they're going to be fine", he adds.

The coronavirus crisis as vindication of the crazies

The survivalists featured in Armageddon Ready claim there's always a catastrophe coming round the corner, and you can only rely on yourself. They put their money where their mouth is by investing in all kinds of survival shelters. So has the chaotic handling of the COVID-19 pandemic by governments across the world proved them right?

"That's a good question!" Milton pauses: "I can't say vindicated, no not at all, I think just prepared." Although, "I wasn't preparing for this!" he confesses. "I was just preparing in case something were to happen."

"I think we've all lost the preparation instinct that we used to have."

He thinks again: "Vindicated? Maybe. I guess you can say that. It is, in a sense, true."

He suspects friends have changed their attitude towards what may have appeared like an eccentric hobby: "I think people see it, but the problem is the pride that's in a lot of people, even though they all let me know in private, 'What you're doing is right!'" 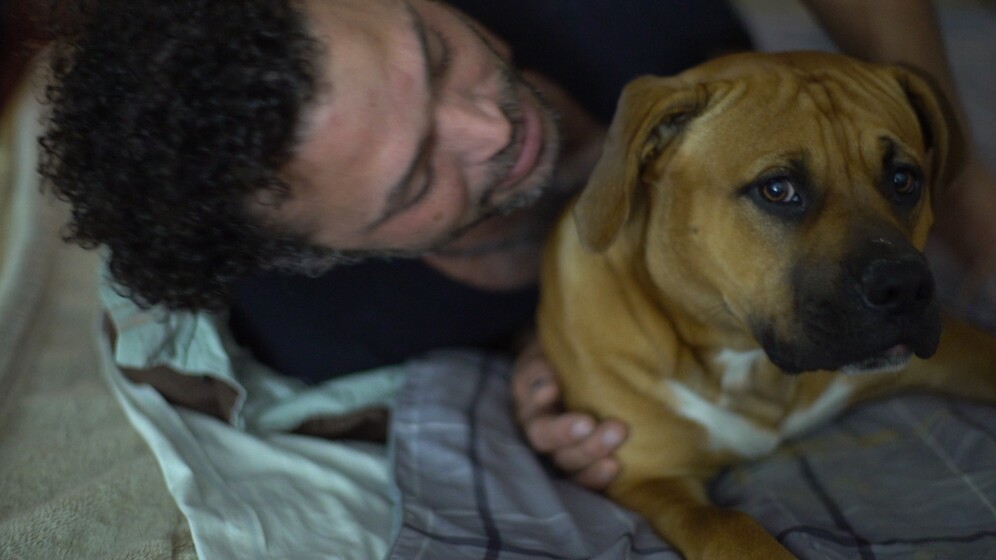 Milton Torres was the only one who could get back to his survival shelter in South Dakota. / Screenshot taken from RTD documentary Armageddon Ready

Coronavirus, a lesson in preparedness

Nevertheless, the survivalist isn't gloating. For someone who has turned his life upside down to be ready for any catastrophe, his message to the mainstream is surprisingly positive: "The most important thing is not to be scared. I think too many people are getting too scared with this whole situation. It's understandable because they're not prepared, and that's the difference." However, "when people get to this point, they end up hoarding stuff and acting irrational, and that's just the nature of humans, and who we are", he observes.

Milton Torres encourages those who are scared to believe in themselves, believe everything's going to turn out alright, to believe they're "going to do better next time and learn". Instead of remaining passive, which feeds anxiety, he recommends taking back control. "Even now no one can go anywhere, start teaching, go outside and garden or do something, so for next time, you're going to be better prepared and not scared", he urges.

For him, another positive outcome is the coronavirus may change the image of survivalism. "Hopefully we can all learn from this lesson. Maybe you know, being prepared is not as bad as what people make it out to be", he points out. "We're not really crazy people, we just see a situation, and we prepare." 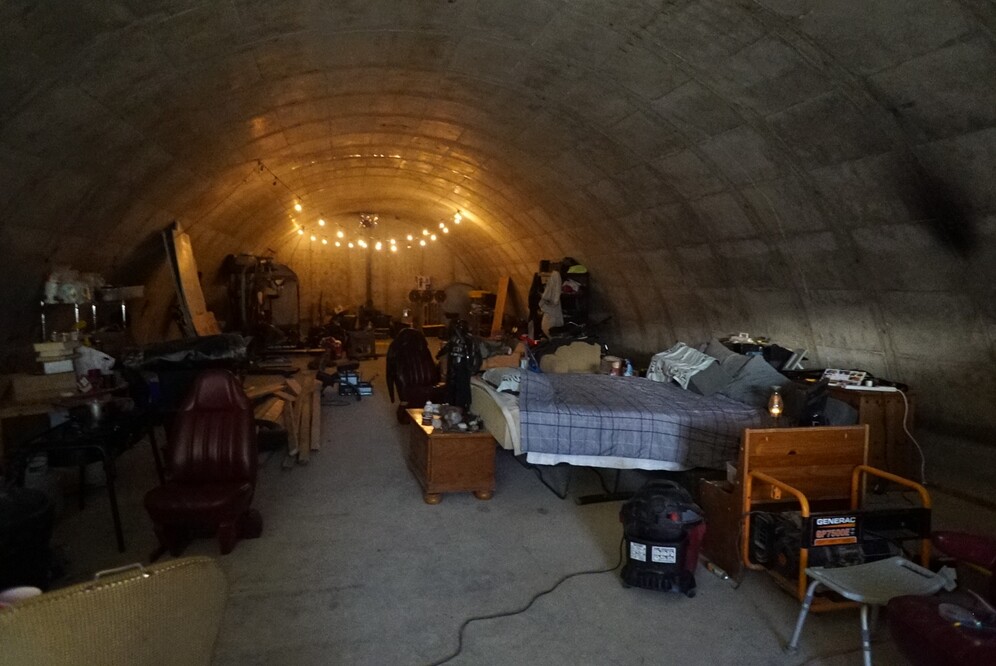 Milton Torres' survival shelter is a nuclear bunker that he furnished according to his needs. / Screenshot taken fro RTD documentary Armageddon Ready

Longer-term, his advice to people involves "staying healthy, doing a lot of research how not to get it, and try organic, and if the government wants to infect you with a vaccination, I would think twice."

This does not mean he is apolitical; rather he is dissatisfied with the current political system. "I think there is a change coming now, maybe we can get a lot of these politicians out these old-timers, and maybe change", he hopes. "That's what we need; we need change. That's going to be hard", he warns.

The current coronavirus crisis may be an opportunity to reassess the American craze for survival shelters. Rather than being the harmless hobby of the spoilt and overanxious, it could be a warning signal that US society as a whole needs to recover the art of planning.