War crimes or trade dispute: What’s behind the latest spat between Australia and China?

Human rights in Afghanistan have again come to the fore with accusations Australian soldiers committed atrocities while stationed in the country. 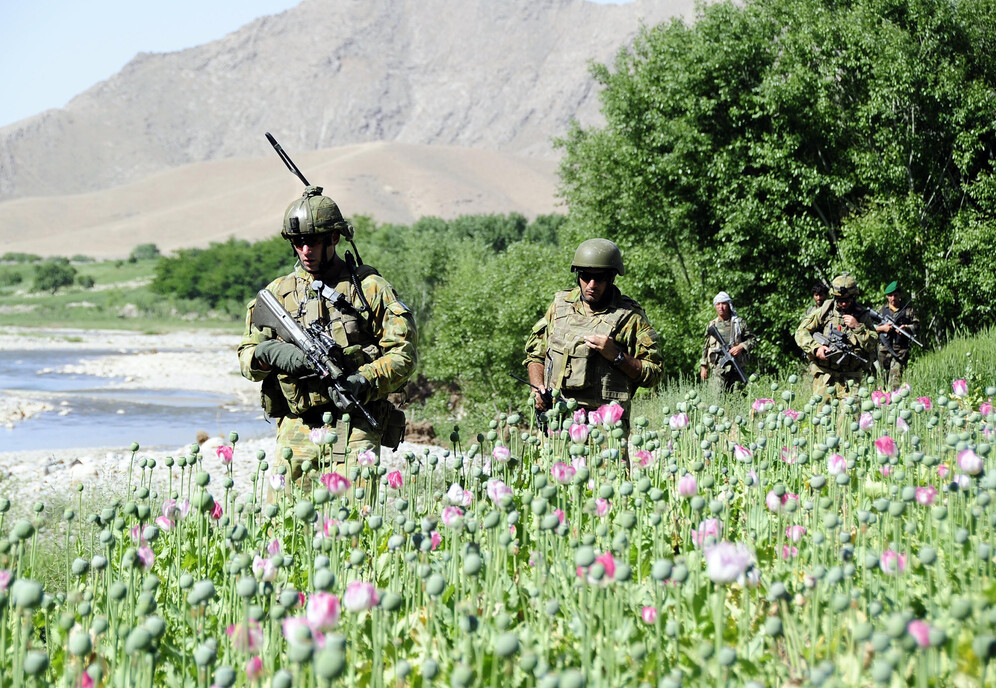 Australian forces are in Afghanistan to fight terrorism and have been accused by China of hypocrisy, as China says such wrongdoings runs counter to its humanitarian mission.

However, China, known to play fast and loose with human rights itself, also has its fair share of hypocrisy accusations.

But as it often happens, what was the human rights problem on the outside, unveiled a long history of confrontation between the two powers.

The official government report into the Australian Special Forces involvement in extrajudicial executions of Afghans was released last month. The report was prepared by the commission headed by the Inspector General of the Australian Armed Forces Paul Brereton. The paper is packed with revelations, and its public version is heavily redacted. 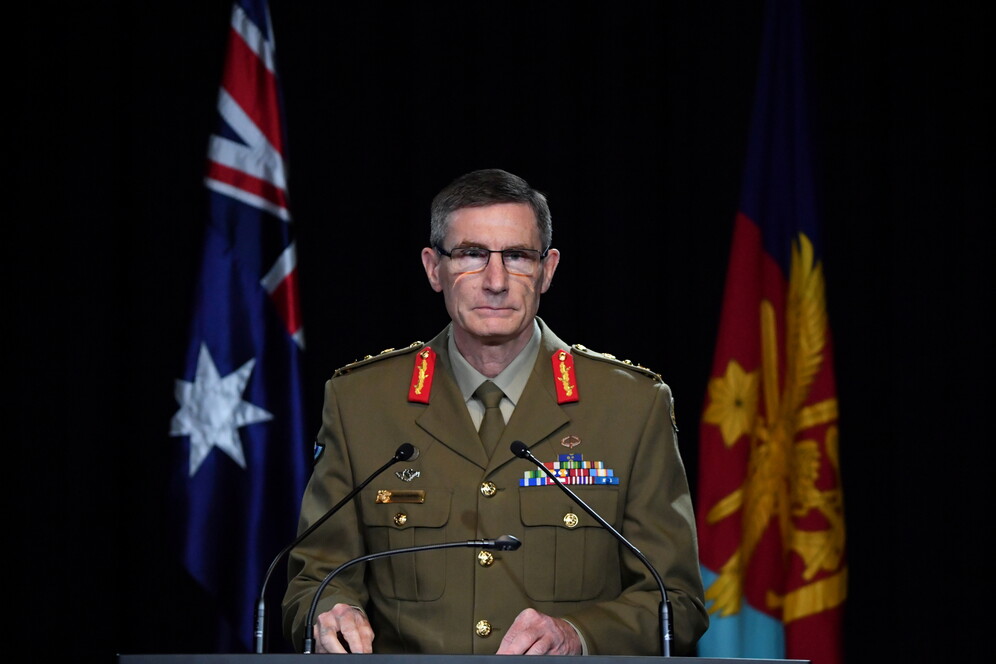 Australia's chief of defense forces, General Angus Campbell has apologised to the people of Afghanistan in Twitter  /  Photo by Mick Tsikas via Reuters

The Brereton report provides evidence of 39 murders committed by Australian Special Forces in Afghanistan. It says, the victims were not terrorists, but civilians and allegedly members of radical groups, who at the time of their death did not pose a threat to the military. At the time the Australian contingent was far from the front line and did not participate in active hostilities. During the entire operation in Afghanistan, 41 Australian soldiers were killed.

"None of these are incidents of disputable decisions made under pressure in the heat of battle," the report states.

Australian Special Forces (Special Air Service Regiment, SASR) were deployed in Afghanistan in 2001. The country’s official mission in Afghanistan has been to support the Afghan Government in its fight against international terrorism.

The incident happened at the beginning of the war against the radical Taliban movement and terrorist groups associated with it. The Australians, for example, participated in the seizure of Kandahar airport in December 2001, along with units of the US Army.

"Australia currently contributes around 80 defence personnel to our mission in Afghanistan as part of the NATO," says Australia's Defence Ministry / SFC Sadie Bleistein via Wikimedia Commons

The Brereton Commission revealed that from 2009 to 2016, 25 SASR soldiers participated in 23 episodes considered war crimes. The first massacres took place in 2009, just as the Taliban stepped up their activities and the war zone in Afghanistan expanded. And the largest number of murders occurred in 2012-2013, on the eve of the withdrawal.

The report suggests the soldiers who committed the killings could suffer psychological stress because the units sent to Afghanistan did not rotate often. The soldiers hid what they’d done or justified the killings by saying they were returning fire.
The special forces who participated in the killings were among the best fighters.

Some may be still serving in the army. 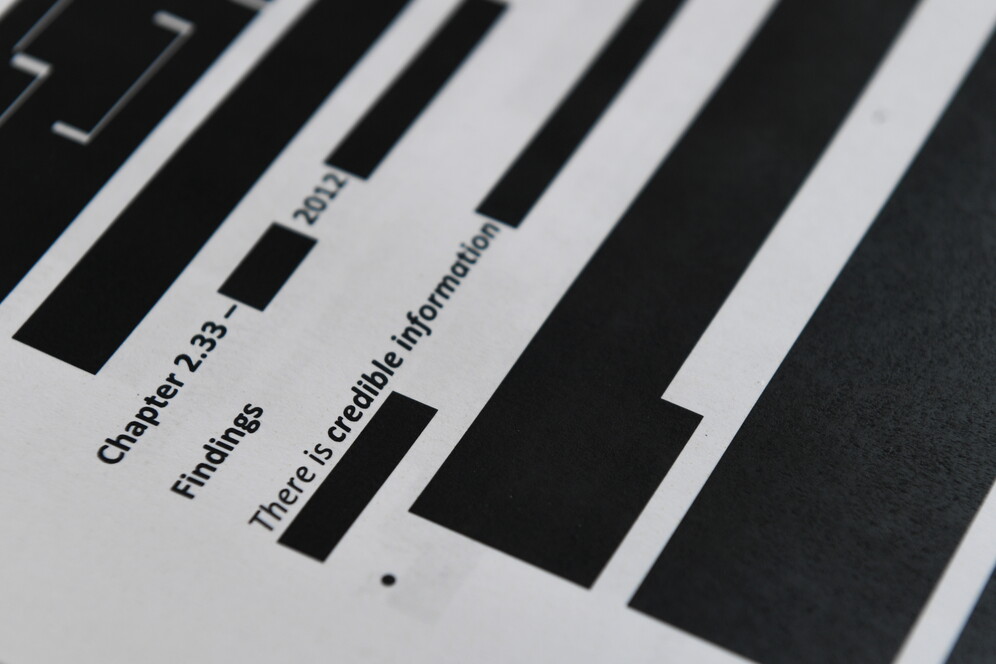 Among the accusations are that Australian Special Forces serving in Afghanistan cultivated an inhumane culture of obliging young soldiers to pass a so-called "blooding". The inquiry says it found credible evidence soldiers were required to shoot a prisoner as part of an initiation. The report also describes the so-called "throwdown" — the weapons which officers placed on dead bodies to form part of a cover story for the killing. It was “created for the purposes of operational reporting and to deflect scrutiny. This was reinforced with a code of silence,” the report says.

The report also cites the findings from the 2016 report by sociologist Dr Samantha Crompvoets, which has prompted Bereton’s four-year investigation. In one of the incidents described, members of the SASR were driving along a road and saw two 14-year-old boys whom they decided might be Taliban sympathisers.

"They stopped, searched the boys and slit their throats. The rest of the Troop then had to ‘clean up the mess’, which involved bagging the bodies and throwing them into a nearby river," the Crompvoets' report says.

However, the incident described in Dr Crompvoets’ report was condemned as "unproven rumours" by Australian Liberal MP Andrew Hastie. A former SARS soldier, he has lashed out at the Australian Defence Forces for publicly releasing the allegations.

Crompvoets detailed unproven rumours of Australian soldiers murdering Afghan children... The Brereton report neither rules these rumours in or out. So why are they out in the open?

Chinese Foreign Ministry spokesman Zhao Lijian has condemned the war crimes in a tweet. His Twitter post featured an illustration by Chinese artist Wuheqilin depicting an Australian soldier holding a knife to the throat of an Afghan child. 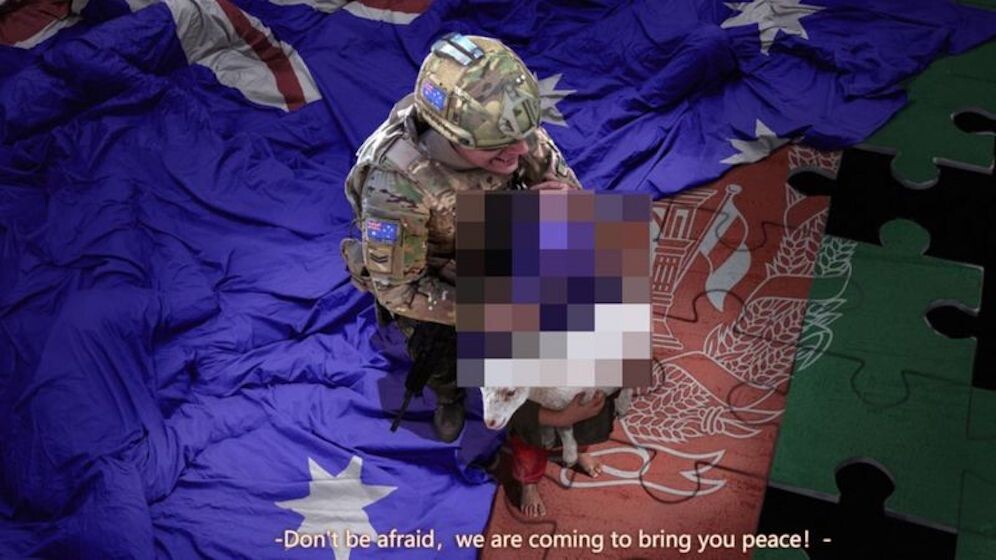 Shocked by murder of Afghan civilians & prisoners by Australian soldiers. We strongly condemn such acts, &call for holding them accountable Zhao Lijian said in the tweet / @zlj517 / Twitter

The facts revealed by this report fully exposed the hypocrisy of the ‘human rights’ and ‘freedom’ these Western countries are always chanting.

Australian Prime Minister Scott Morrison called the image "repugnant" and demanded an apology from China. The Chinese Foreign Ministry has refused to apologise. 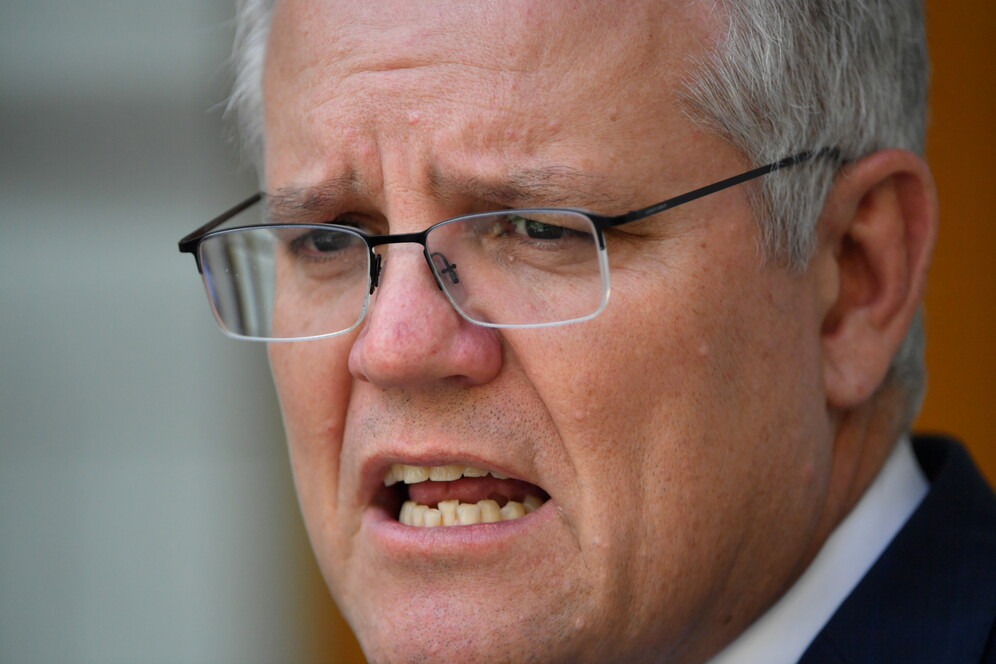 "The post of a false image of an Australian soldier does not diminish our respect for and appreciation of our Chinese Australian community or indeed our friendship with the people of China," Mr Morrison wrote in the WeChat post / Photo by Mick Tsikas via Reuters

However, according to Australian media, Morrison’s message was removed for violating WeChat guidelines as it was "inciting, misleading" and "distort historical events, and confuse the public." Twitter, on the contrary, didn’t remove the Chinese image and only labelled it as a ‘sensitive content’.

Its hypocrisy is obvious to all. While it doctors images on Twitter to attack other nations, the CCP prevents its own citizens from reading their posts 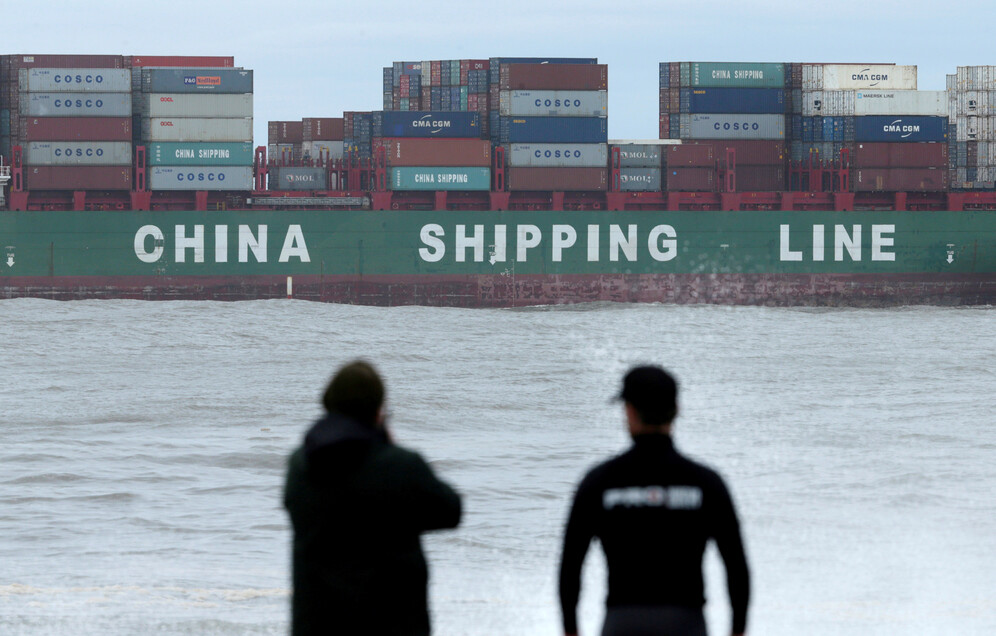 The latest diplomatic spat between Australia and China comes, in fact, after years of trade and foreign policy disputes. Canberra has banned China tech giant Huawei’s 5G rollout and called for an inquiry into links between COVID-19 and a Wuhan lab

Australia has now issued a warning on trade, saying the souring ties with China will push down the value of its agriculture exports.

China receives nearly half of Australian exports has released a list of its grievances against Australia on a wide range of investment policy, security and human rights issues. China also wants Canberra to adjust its actions if it wants to re-establish relations with its largest trading partner.