“Africa’s smallest war” is flaring up again in the waters around tiny Migingo Island, in Lake Victoria. This time, Tanzania, which controls the southern half of the Lake, has seized the boats of Kenyan fishermen accusing them of illegal fishing in Tanzanian waters at the end of January 2020.

It’s the latest in a series of incidents where Tanzanian and Kenyan authorities arrest fishermen allegedly caught their neighbour’s territorial waters. One of the fishermen whose boats were impounded, Hevron Mahira from Muhuru Bay near the Kenyan-Tanzanian border, told Kenyan news website Standard Digital: ''Why do these people continue to harass and intimidate our fishermen? If it's not Uganda, then it is Tanzania. We are tired of the harassment!'' 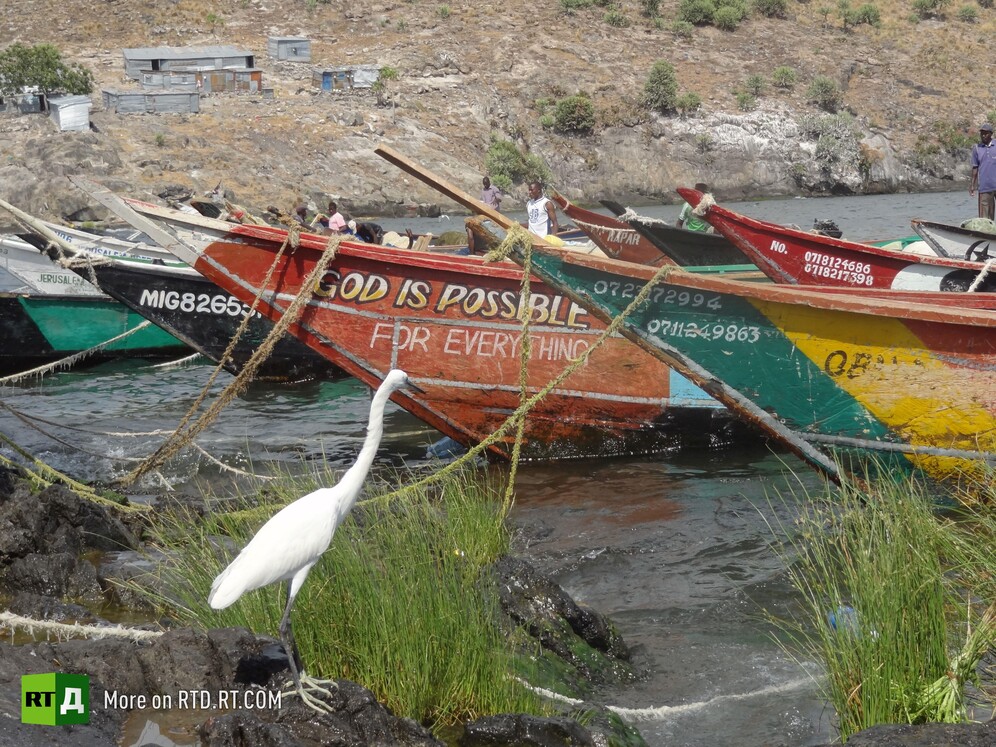 Tensions regularly flare up around Migingo Island in Kenyan waters on Lake Victoria. Neighbours Tanzania and Uganda often seize the boats of foreign fishermen who have strayed into their fishing waters. Taken while filming Migingo Island: Ironclad Prison

The dispute between Kenya and Uganda over Lake Victoria’s fishing waters was supposed to have been resolved in late 2019. At that time, Kenyan senators said the two countries had signed a memorandum of understanding to share economically strategic Migingo Island. They even accused Kenya’s Foreign Affairs Secretary, Monica Juma, of high treason for ceding Kenyan territory.

However in a TV interview in January 2020, Monica Juma denied the memorandum existed and insisted Kenya would protect its territorial integrity, including Migingo. She maintains the main issue is the management of the lake’s vital transnational resource, that is, the fish stocks, and says various government agencies are working on standards to protect the lake’s ecology. Meanwhile, the Joint Boundary Commission, which started its work after tensions flared up in 2009, has still not come to a conclusion about the lake water borders. 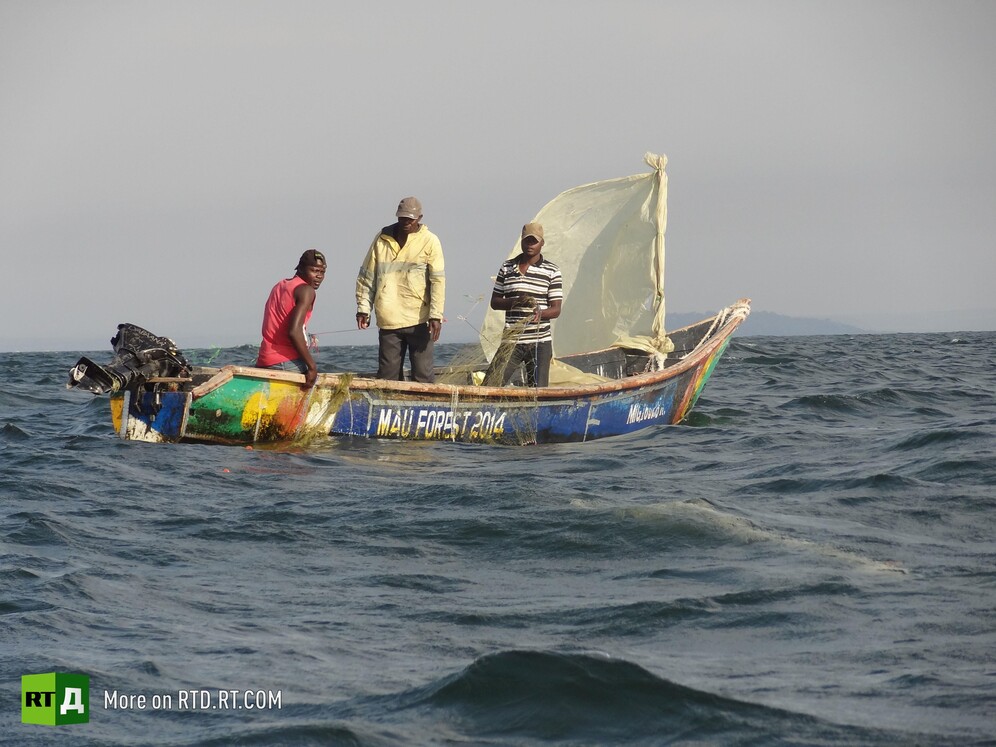 Fishermen started to move to Migingo around 2000 because the fish catch was so much better there. Taken while filming Migingo Island: Ironclad Prison

The reason Migingo Island, despite its size, attracts so much attention, is because it is a particularly good fishing spot. Fishermen started occupying the uninhabited outcrop at the beginning of the millennium when fish stocks plummeted in most of Lake Victoria but remained abundant in the deep waters around Migingo.

At the same time, demand for Nile perch from European and Asian customers turned the fish into a major Kenyan export. Those who fish around Migingo could make a lot more money than those who remained on the banks of the lake.

As a result, many moved to live on tiny Migingo, which is now covered in corrugated iron shacks and may have a population of 500 to 1000, even though the 2009 census counted 109 inhabitants. Shops have sprung up, and even a brothel. 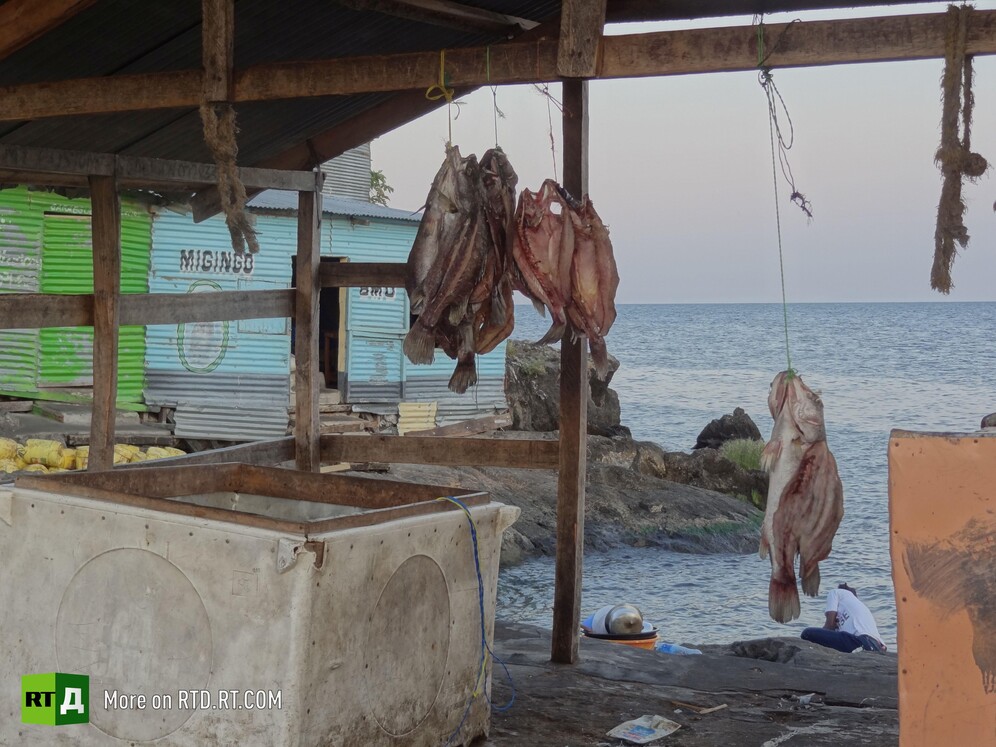 A whole town has sprung up on the island. Migingo is rumoured to have the highest population density on Earth. Taken while filming Migingo Island: Ironclad Prison

The majority who live there are Kenyan. They can go home at weekends since the island is a mere two-hour boat ride away. Ugandans have also made their home on Migingo. They tend to live there year-round since it’s an 18-hour boat trip to Uganda. "My friends who were here before used to come back home with lots of goodies" paid for by their fish catches. "I do not know which country this (island) belongs to, I just stay here," Isaac Buhinza, 22, of Uganda told France 24.

Part of the dispute between the two countries is because the Nile perch breed on the Kenyan side of the island, and they then migrate to Ugandan waters. Ugandan officials seize the opportunity to stop Kenyan boats, to extract duties for their catch. 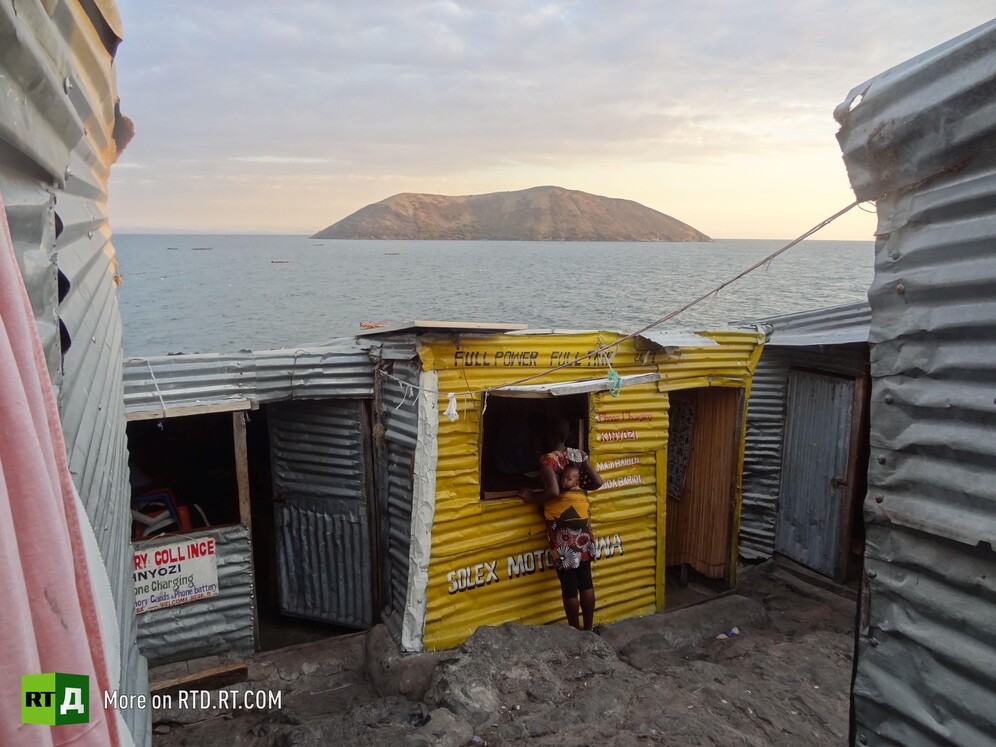 A whole town has sprung up on the island. Migingo is rumoured to have the highest population density on Earth. Taken while filming Migingo Island: Ironclad Prison

For the fishermen, the boundary dispute remains somewhat abstract, unless they’re being arrested and shaken down. According to Standard Digital, “most fishermen drawn from the three basin countries that share the lake have no idea where officially marked artificial boundaries are”.

Some Kenyan Parliament members are demanding Lake Victoria be designated international waters. ''There is no boundary visible to point in the lake. This is why we want to have a border-less fishing spree,'' Gideon Ochanda, MP, told Standard Media.

Migingo Island is located just inside Kenya's territorial waters, but this hasn't prevented tension over who fishes where.  © RTD

Kenya’s claim to the island is based on borders drawn up by British colonial officials in the 1920s. Colonial-era borders are criticised for ignoring human geography and stoking tensions in Africa. The continents’ governments are nevertheless reluctant to open a can of worms by making them negotiable.

Aggression on Lake Victoria may not go beyond rival countries removing flags on Migingo, and seizing fishermen’s boats. They may find a way to coexist, though, to fight their common foe: the damage done to the lake’s ecosystem by the lucrative but voracious Nile perch.

To find out more about life on the world's most crowded island, watch our film Migingo: Ironclad prison