Our Lord Jesus Christ, son of God, have mercy upon us. Amen. This is Agafia Lykova’s letter to brothers and sisters. I wish that God grants you all good health but, first and foremost, salvation of your souls and all kinds of well-being. Another thing I must tell you, my fathers and brothers and sisters in God, is that I live alone, I’m an orphan, my health is waning. My age is advanced. I need a person to help me. Please, don’t leave me, for Christ’s sake, I’m a humble orphan in need. There are still kind Christian people and Old Believers out there.

In the mid-17th century, the leader of the Russian Orthodox Church, Patriarch Nikon, introduced radical religious reforms in Russia. Many couldn’t accept the changes and became known as ‘Old Believers’. To avoid persecution, first from the Orthodox Church and then from the Soviets, Old Believer families fled to some of the most remote corners of the world. In 1978, one was discovered in the remote Russian Republic of Khakassia, Siberia by a group of geologists. The Lykovs looked as if they belonged to a previous century: they dressed in homespun clothes and used primitive instruments in their everyday life. They were completely self-sufficient and still highly religious.

Today, Agafia, 70, is the last surviving member of this family. She still lives in her family home deep in the Siberian forest where she was born. She is much more aware of the things going on in the modern world than her family was when they were first discovered. Still, she keeps her faith and traditional outlook on life, and prefers to maintain a simple, yet incredibly labour-intensive lifestyle, rather than enjoy the advantages of civilisation. She was, however, in need of a helper – someone who could share her daily chores, as well as her faith and convictions. After she wrote the above letter, she was able to find a fellow Old Believer, who joined Agafia in her hut. 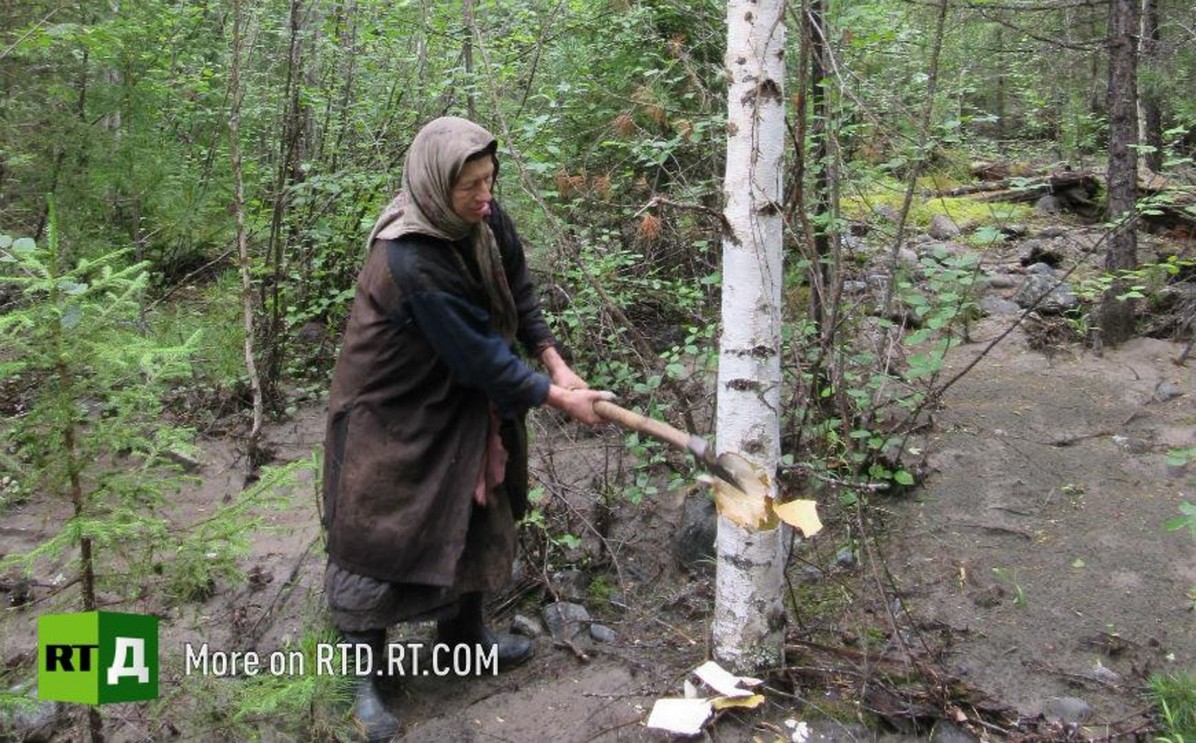