Yellow Vest protests in France. What are they about?
Underage Gypsy weddings in Russia: the one tradition that’s not dying out

A home the size of a shoebox: Hong Kong’s housing disaster

Chu Pan Fei is an elderly waste collector in Hong Kong; his apartment resembles anything but a welcoming home. His bedroom, kitchen and toilet are crammed together into a cluttered 11 square metres. Clothes, plastic buckets, medicine, and packaging are piled up in the corners; T-shirts and rugs hang from the ceiling; newspaper sheets cover the floor upon which sits a sad, single-sized mattress.

If Chu Pan Fei ever decided to sell his meagre cubicle, he could get around two million Hong Kong dollars for it, that's around $260,000, more than $23,000 per square metre. 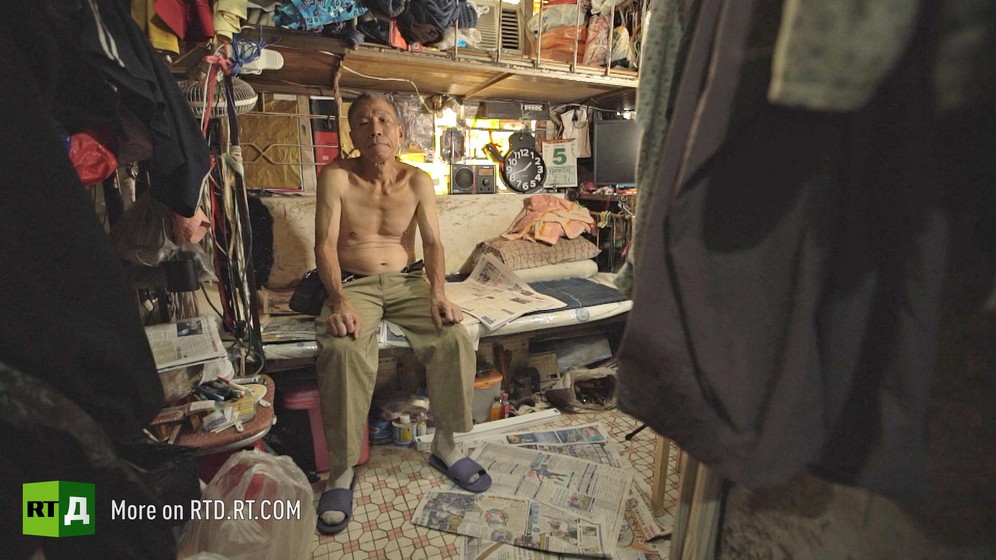 Chu Pan Fei in his tiny apartment he bought 40 years ago. He used to live with his mother until she died from cancer. / A still from Square Metre of Hell

For eight years in a row, Hong Kong has been identified as the world’s most expensive property market. An average household would have to save 19.4 years’ worth of pre-tax income to buy a flat. Such exorbitant price tags have become the norm for the city where scarcity of developable land and an opaque sales process have led to a serious shortage of affordable housing.

With no prospect of buying anything bigger than his tiny apartment, Chu Pan Fei keeps paying his bills from a pension and the little he can make picking up trash five days a week. He is among an estimated 250,000 Hong Kongers trapped in minuscule homes by astronomical housing and rental prices. People who can't afford a cubicle with its own toilet and cooking space have to endure even worse conditions in ‘coffin homes’ or ‘cage houses’. 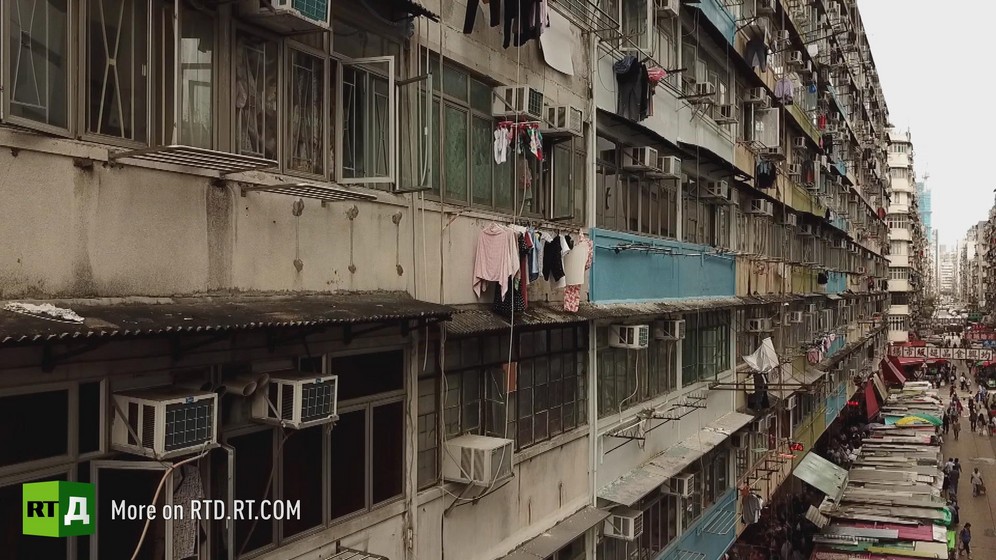 Cage houses first emerged as a temporary housing after a massive fire in the Shek Kip Mei shantytown in 1953 left more than 50,000 people homeless.

Imagine a dozen bunk-beds separated only by a wooden plank or wire mesh, stacked one on top of the other in a stifling room with no air conditioning. These hutches are sometimes so tight they can barely accommodate a single person along with a few possessions. 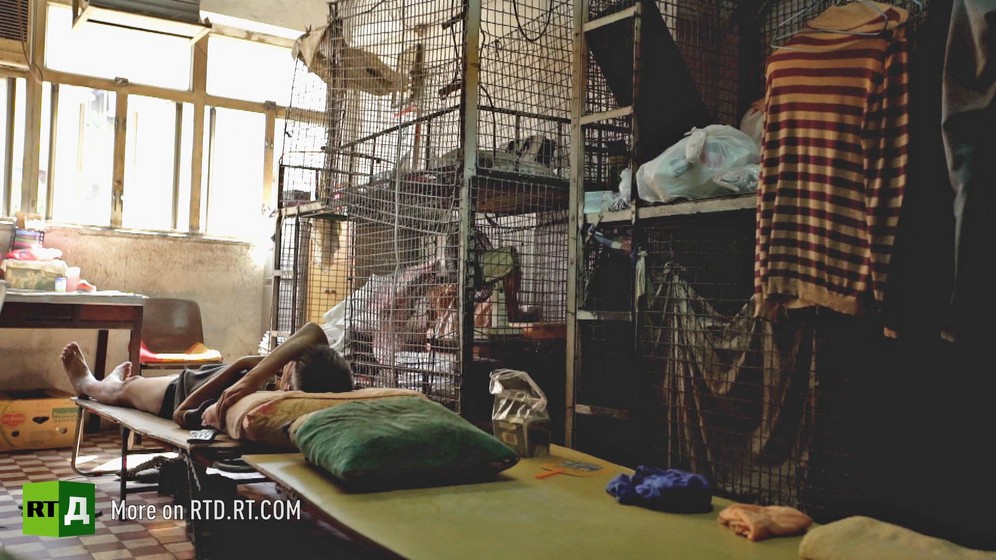 Homeowners are raking it in cramming a dozen of caged beds in a single room with each bringing around $200-300 every month. / A still from Square Metre of Hell

Some cage dwellers, though, choose to escape the suffocating environment of their rented spaces and spend nights in 24-hour burger restaurants. The so-called McSleepers or McRefugees include people who are either trying hard to save on rent or who simply can't afford it. 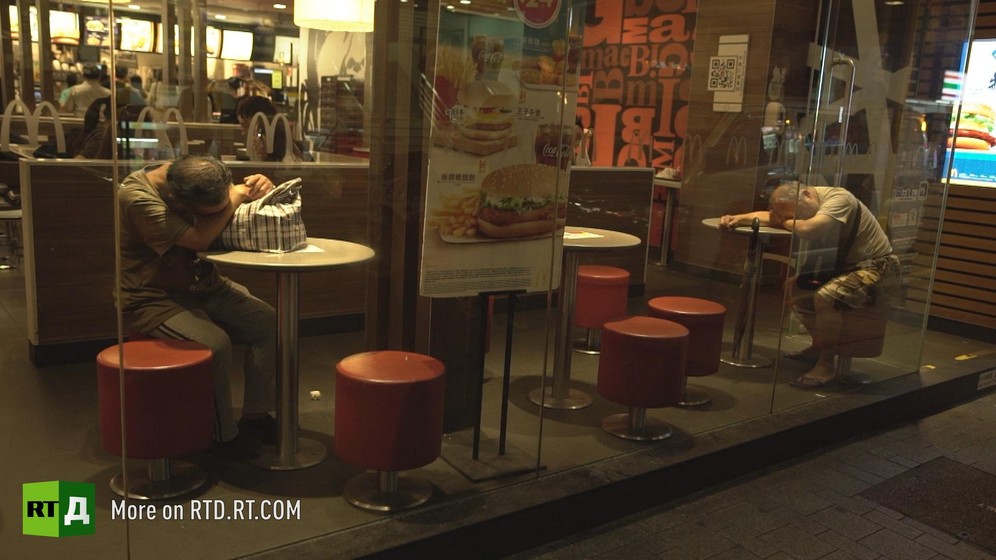 Soaring rent prices and miserable living conditions have led to a six-fold increase in so-called McSleepers or McRefugees over the past five years. / A still from Square Metre of Hell

Even though the United Nations described the city’s subdivided units as “an insult to human dignity,” coffin homes remain one of few options available to Hong Kong’s low, or no, income population. Some even take the plunge to start families in their cramped homes.

Chris Cayabyab, a 42-year-old dishwasher, shares a tiny room in a subdivided flat with his wife and baby son. They are currently on the waiting list for public accommodation. The waiting time for social housing in Hong Kong is steadily lengthening and the Cayabyabs are unlikely to be offered a new apartment in less than 10 years, perhaps even longer. 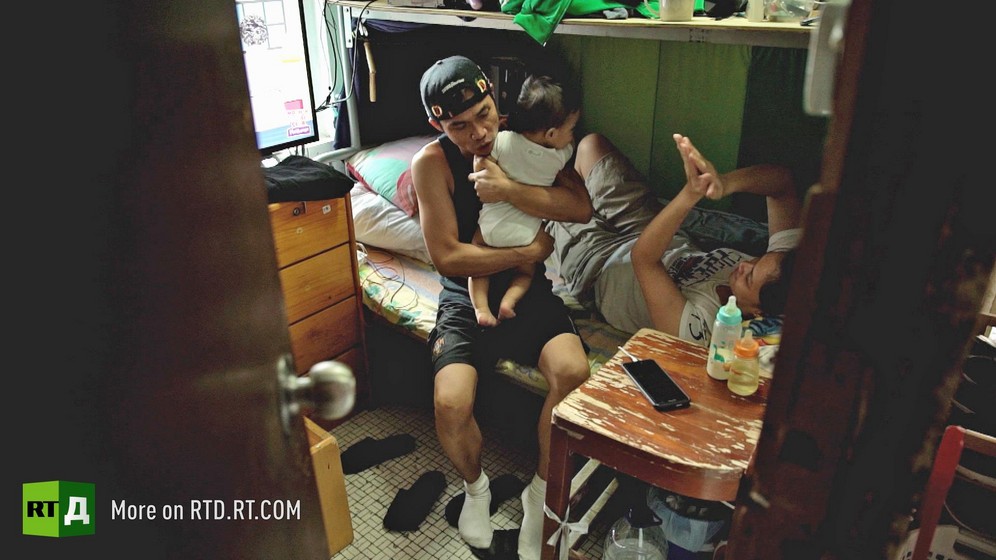 Chris rents a room in a subdivided flat for nearly $600, a third of his monthly income. / A still from Square Metre of Hell

For more on the plight of Hong Kongers caged in micro houses or forced to spend nights in fast food joints, or to see the creative solutions being proposed to alleviate Hong Kong's housing crisis, check out our new film, Square Metre of Hell.