Seeking Refuge: Migration Crises Gaining Momentum All Over the World

To commemorate International Migrants Day, RT Documentary looks at the latest migration in different parts of the world and shares with you a list of our top five documentaries about migrants.

The past few months have seen the global migration issue gaining momentum in different parts, from over 10,000 Latin Americans gathering under a border bridge in Texas to a new monthly record of people illegally crossing the English Channel and to the forests of Belarus filled with Middle Eastern migrants. This recent influx of migrants, exacerbated by the COVID-19 pandemic, has caused world leaders to take decisive measures. US President Joe Biden restored Donald Trump’s notorious ‘Remain in Mexico’ policy, some EU countries are proposing the union’s borders are sealed to migrants for good. However, such approaches have spurred passionate debates, with many people calling for responsible action by the developed world leaders following the morals and principles of humanitarian law.

While most news stories about the migration issue focus on statistics and policies, the crisis is not only that. It is mostly about people who suffer a lot on their hard way to a better life.

To commemorate International Migrants Day, RT Documentary offers you a list of our top five documentaries outlining the compelling stories of migrants from all over the world.

As a candidate in the 2016 presidential election, Donald Trump promised to build a wall between the US and Mexico to stem illegal immigration. The idea immediately sparked a sharp reaction, with his supporters cheering him on and opponents denouncing him as racist. The fierce debate has thrown a spotlight on America’s southern border, which separates not only two countries but often families as well.

RT Documentary’s 2017 movie shows you how ‘The Wall” has come to symbolise the widening political and ideological divisions within the US and the plight of those affected by the new president’s harsher immigration policies.

You’ll meet several people who have found themselves on opposite sides of the divide, both geographically and ideologically. On the American side, follow a group of ex-military and police volunteers called the Arizona Border Recon as they patrol the desert in an attempt to close off narco-traffic. In contrast, another group nearby known as Border Angels leaves water and food to ease the way of illegal crossers.

‘The Wall’ has come to symbolise the division in American society

On the other side, you’ll see how those deported back to Mexico after decades living in the US must adjust to a new reality in a crime-ridden country where they know no one. US military veterans are not exempt from this fate if they are caught drunk driving or bouncing a check.

At the height of the immigration influx into Europe in 2014 and 2015, Sweden, with a population of 6.7 million, accepted 244,178 asylum seekers – by far, the highest rate per capita in the EU. Since then, the rate of violent crime has soared, particularly sexual assault cases.

Areas with high immigrant populations have become sanctuaries for violence, with some residents feeling they’re being invaded by immigrants whose culture clashes with Swedish values.

Since the start of the migration crisis in Europe in 2014-2015, the incidence of crime in Sweden has skyrocketed

Critics of the government’s liberal immigration policies complain the police are afraid to intervene for fear of being accused of racial profiling. At the same time, the country’s politically correct press generally brands anyone raising concerns about immigrants as racist.

However, some Swedes decided to take the matter into their own hands. They have begun to organise groups calling themselves names like ‘The Soldiers of Odin’ to patrol the country’s most blighted neighbourhoods. They are sometimes called vigilantes or racists, but the groups say they want the freedom to live in their own country as it was before the migrant crisis began.

Sweden is not the only European country struggling to successfully accommodate the migrants coming since 2014. However, there are also success stories here. Holland is one of them.

Despite significant differences between its culture and that of the Middle Eastern and North African refugees, Holland, one of the most liberal European countries, seems to be integrating migrants successfully.

In Holland, refugees have an opportunity to attend free language classes and learn to understand the Dutch culture

RT Documentary finds out that the success rests largely on the grassroots organisation during a trip to Holland. Volunteer-based NGOs provide refugees with legal advice, arrange free language courses and help them understand the Dutch culture. Unlike other host countries, the refugees are not granted permanent residency from the start. Instead, they are given a temporary 5-year residence. During this period, they receive financial aid and get assistance with accommodation. At the end of it, they must demonstrate they can support themselves as members of Dutch society.

Caravans of thousands marched towards the United States border, making international headlines in autumn 2018. Crowds of people from Central America and beyond made their way through Mexico, covering thousands of kilometres on foot. They all hope for better, safer lives, which is an unaffordable luxury in their home countries, stricken by poverty and gang violence. 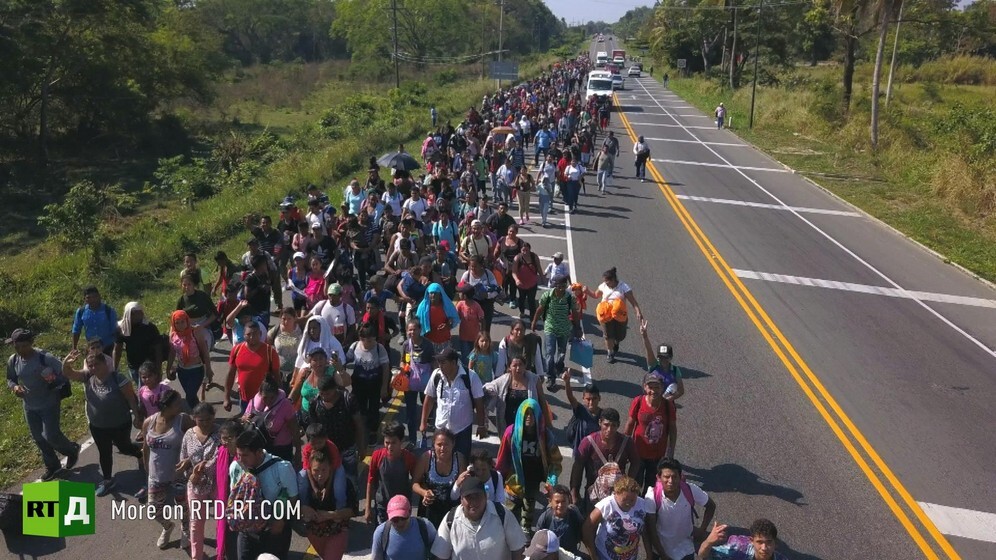 Migrant caravans first came under the spotlight in October 2018, when dozens of Hondurans set out from San Pedro Sula, known as the ‘murder capital of the world’

An RT Documentary crew joined a migrant caravan on the Guatemala-Mexico border at the start of a gruelling trek to America. Migrant caravan members we met face extreme hardship on the road to their ultimate destination, but the misery of life back home still outweighs the dangers of this endless trek. 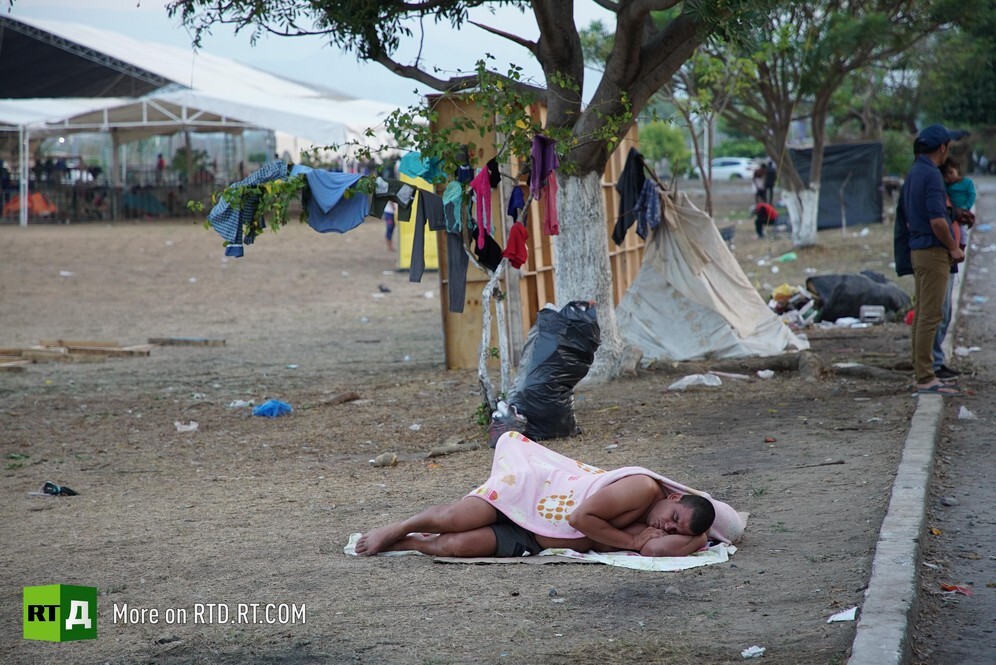 Migrant caravan members are faced with extreme hardship on the road to the land of opportunity, but their dream for a better life drives them forward

As human streams head slowly north, showing no sign of stopping, President Donald Trump was determined to stop what he called the “virtual invasion”. From cutting aid to the migrants’ home countries to threatening Mexico with tariffs unless they deal with the migrant caravans. Meantime, ordinary people taking part in the desperate exodus speak of life on the move, the tragedies that pushed them into voluntary displacement and their hopes for a brighter future in the land of opportunity.

In 2015, more than 800,000 people fled their homes in the Middle East and Africa and made their way to Lesbos in Greece. Crossing the Mediterranean in overcrowded inflatable dinghies is a perilous voyage that has killed thousands. To prevent even more deaths, volunteers meet refugees on the shores to provide first aid. However, landing is just the beginning of the refugees’ long journey to safety. They still face many obstacles: finding shelter, being issued proper papers, and travelling to the country where they want to claim asylum.

In 2015 hundreds of thousands of asylum seekers arrived in Greece

To offer moral support and to take their minds off the hardship, ‘Clowns without Borders’ comes to the island of Lesbos. Volunteers from this organisation clown around, with their sole objective being to put smiles on the faces of children and adults alike.

‘Clowns without Borders’ work with people in difficult life situations, helping them to find comfort for their minds and souls

They believe laughter has powerful healing properties for both mind and soul, so they’re determined to be there when people go through traumatic events. ‘Clowns without Borders’ have been to natural disaster sites and worked with people fleeing conflict, and that determination is undiminished in the face of the current migrant crisis. So again, they are there, hoping to make a difference for people going through an unbelievably challenging time.