ARRAY(0x5623b9c2e6d0)
Who is Dan Brouillette, the nominee for US Energy Secretary, and why is he important?
Best Sailing Film: RTD recognized at International Maritime Film Festival

Death from ignorance: Is the anti-vaxxer movement the world’s new normal?

Until recently, measles was believed to have been completely wiped out in the United States, and in 2016 the World Health Organization proudly proclaimed its elimination from the entire Western Hemisphere. Global eradication was fast approaching. Who thought the situation would change virtually overnight: three years on, the WHO reported a threefold increase of measles cases around the world in the first four months of 2019 over the same period last year, and ranked resistance to vaccinations as one of the top 10 threats to public health.

Outbreaks of measles have been occurring all over the world, from Kazakhstan to the Philippines, with the death toll in the hundreds. In the US several states declared state of emergency over the epidemic. Why measles, you might ask? Simply because, being a highly-contagious infection, it’s usually the first one to hit unvaccinated individuals. Which only means outbreaks of mumps, rubella, whooping cough, smallpox, polio – the list goes on – are just around the corner. 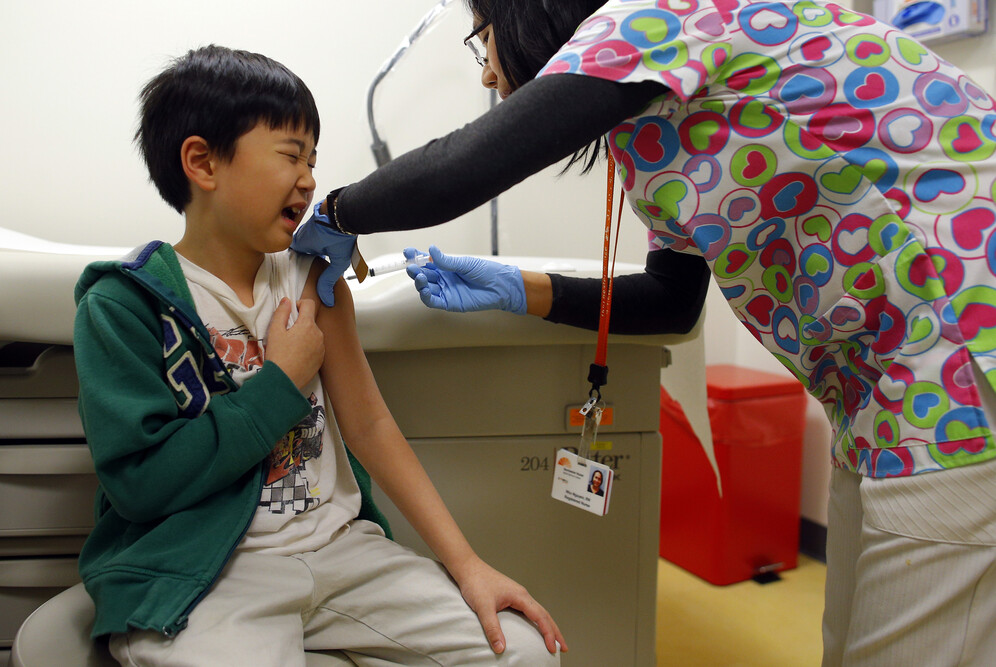 The single major reason for such catastrophic turn of events is a sharp decline in vaccination coverage. Surprisingly, this trend has pervaded economically developed and struggling countries alike. Statistics show that in France 1 in 3 people disagrees that vaccines are safe, and in Ukraine only about half the population thinks that vaccines work. The situation being what it is, this year both countries have faced the worst outbreaks of measles in decades.

Public health officials have been wondering what lies at the root of the anti-vaccine sentiments of the recent years. A research has shown that the current generation of parents who themselves benefited from solid “herd immunity” all through their infancy and childhood simply do not remember the times when children’s deaths from preventable infectious diseases were common, albeit tragic, occurrences. As a result, they underestimate the danger of lowering the collective immune status. Their parents, on the contrary, remembered the image of President Franklin Roosevelt, confined to a wheelchair due to polio and felt strongly about doing everything to protect their own kids. 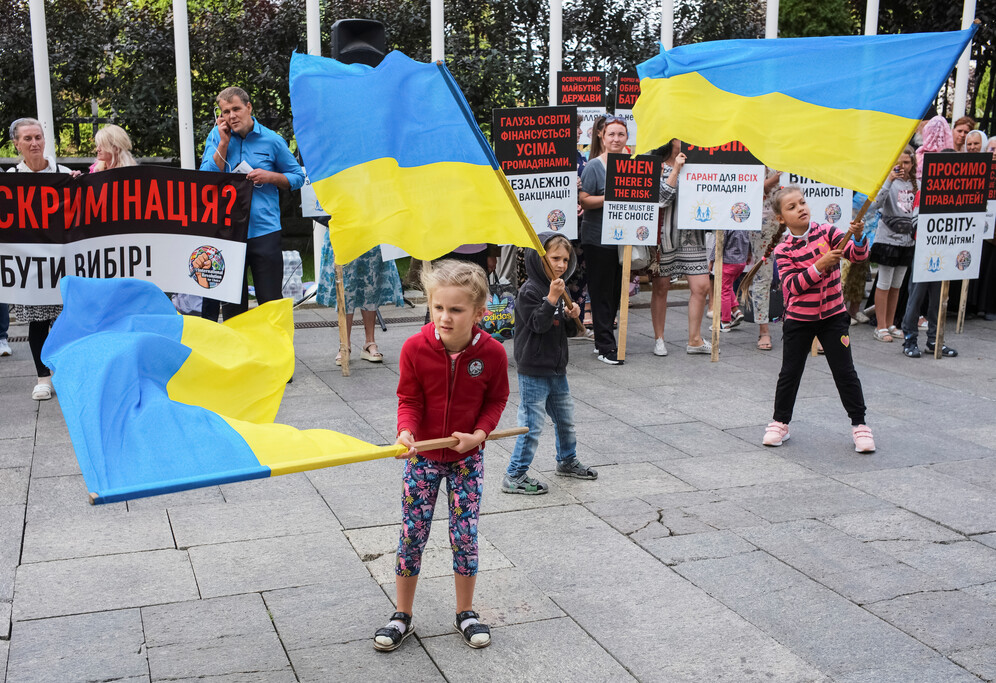 Anti-vaccination activists protest against the decision of Health Ministry and Education Ministry to not allow children without vaccination visiting kinder gardens and schools, next to Presidential Administration building in Kiev, Ukraine. © Gleb Garanich / Reuters

Should the hesitant parents of today be blamed for their doubts, though? Especially in the day and age when being a “good parent” has become such a confusing notion, and virtually every child-rearing matter triggers dispute? Many are simply trying to claim their sovereignty when it comes to their children’s healthcare decisions in the world when so many things are regulated by society. However, society ends up taking a hit for the decisions some of its members have made. Even though the overwhelming majority of American children remains vaccinated, the year the MMR vaccine rate slipped to 94.3% nationally (95% being the magic number ensuring herd immunity), the outbreaks occurred.

But if you think the anti-vaxxer movement is a modern-day phenomenon, you might be in for a surprise. Those objecting to vaccinations have been around since 1796, when Edward Jenner invented the smallpox vaccine. Compulsory vaccination laws were introduced in Western Europe and the United States some 150 years ago, making immunization against preventable diseases a prerequisite for admission to public schools. Although effective for contagious disease prevention, early inoculations came with immeasurably higher potential risks than the ones administered today. But the seed of parental resistance was planted once and for all.

It may not have been the dread of the Big Bad Pharma or the (unfounded) fear of autism that drove 19th-century parents of the German city of Wurttemberg into the streets protesting against school children immunization in 1850, but they were as determined and vocal as the Californian protesters who besieged California State Senate meeting rooms this past April, objecting to the bill that would restrict nonmedical vaccine exemptions. 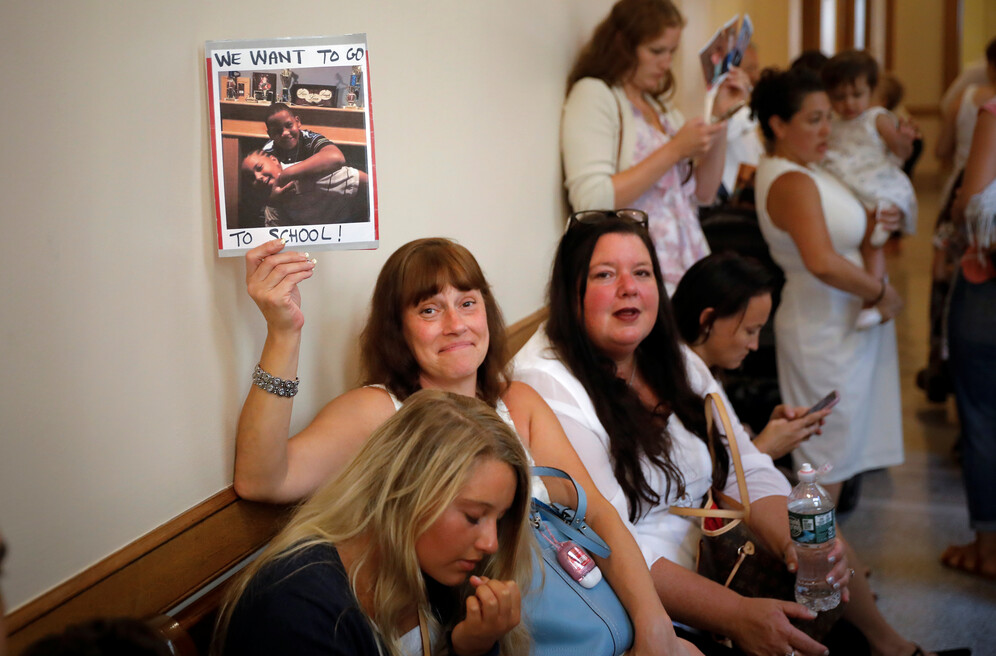 Mass exemptions are something the US government decided to fight in the wake of the recent preventable disease outbreaks. Apart from medical exemptions for children with compromised immune system or severe allergies, many states (17, when last counted) allow for both religious and so-called philosophical exemptions.

Lawmakers from Mississippi, West Virginia and Maine followed California’s suit, deciding to close a non-medical exemption loophole. New York State joined the ranks, when Governor Andrew Cuomo signed a law banning religious exemptions from the state’s vaccine requirements after a measles outbreak in Orthodox Jewish communities in New York City and Rockland County. This decision was, naturally, followed by protests, claiming a new legislation was an assault on religious freedom that America was built on.
In Europe parliamentarians are also quite resolute in fighting the consequences of vaccine hesitancy.

As of January 1, 2018, France introduced a new policy, making 11 vaccines mandatory, compared to only three before. In June 2019 the German parliament passed a law requiring parents to show proof of their children’s immunizations or else face a fine of $2800. Still, some say that stricter exemption laws and reversal of voluntary vaccination policy might backfire. Already, California is seeing a growth in the number of medical-based exemptions compared to the pre-“personal belief”-ban days. 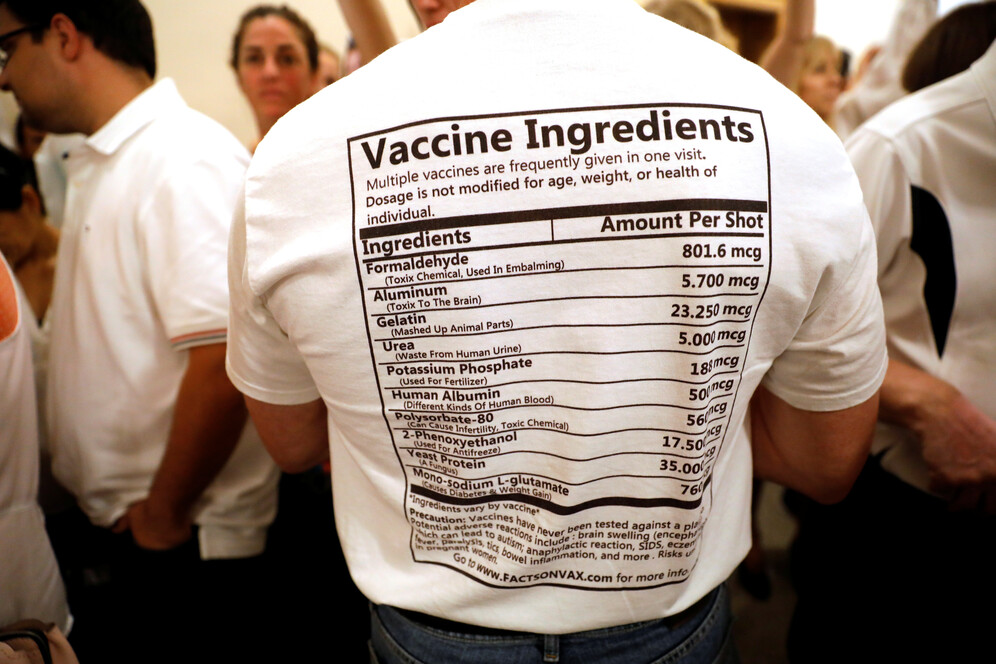 A man stands in a crowd of people supporting a religious exemption to childhood vaccinations inside a hallway at the New York State Supreme Court. © Mike Segar / Reuters

In his interview to the New York Times Dr. Daniel Salmon, director of the Institute for Vaccine Safety at John Hopkins University says that “having the government order them {vaccine-hesitant individuals} to do something reinforces conspiracy theories, and people perceive their risk to be higher when it’s not voluntarily”. Hence, many of those, who chose to vaccinate their children when they had a choice, might become staunch anti-vaxxers once stripped of it. In a similar turn of events in 1867, when a new law criminalized failure to vaccinate one’s kids, over 20,000 protesters marched the streets of Leicester, England, and in the subsequent 20 years the childhood vaccination rate fell from 90 to just 3 percent.

Although the same backlash is highly improbable these days, the internet humming with rumors and misinformation doesn’t help when it comes to making rational choices. Everybody seems to herald their own truths, sometimes based on misconstructions or a lack of judgement, while science seems to have lost its monopoly on reason. In the modern era of individualistic parenting and personal choices, public good is a hard sell.