The village of Molyobka, or Area 51, is a weird area in the Russian taiga that, according to Forbes, is among the eight best places to hunt for extraterrestrials. There are numerous reports of mysterious flying objects of different sizes and forms, glowing balls, and human-shaped figures. In addition, some people claim they felt like they were floating in the air or heard weird, out-of-this-world sounds while exploring the area. RT’s Konstantin Rozhkov travelled to Molyobka to determine whether these reports held water. To join Konstantin on his trip, tune in to the premiere of Molyobka today!

The "Molyobka traingle" is the most famous anomalous zone in Russia

Molyobka anomalous zone, or the “Perm triangle”, is about one kilometre long on the Sverdlovsk and Perm regions border. The place is famous for the paranormal phenomena believed to occur here. Many tourists, journalists, and researchers claim to see multicoloured flashes, hear strange sounds, experience incredible sensations. Some claim to have seen a UFO in Molyobka, other to have travelled in time and space. Some scientists believe Molyobka to be a “place of power”, where the energy of the Earth is released. 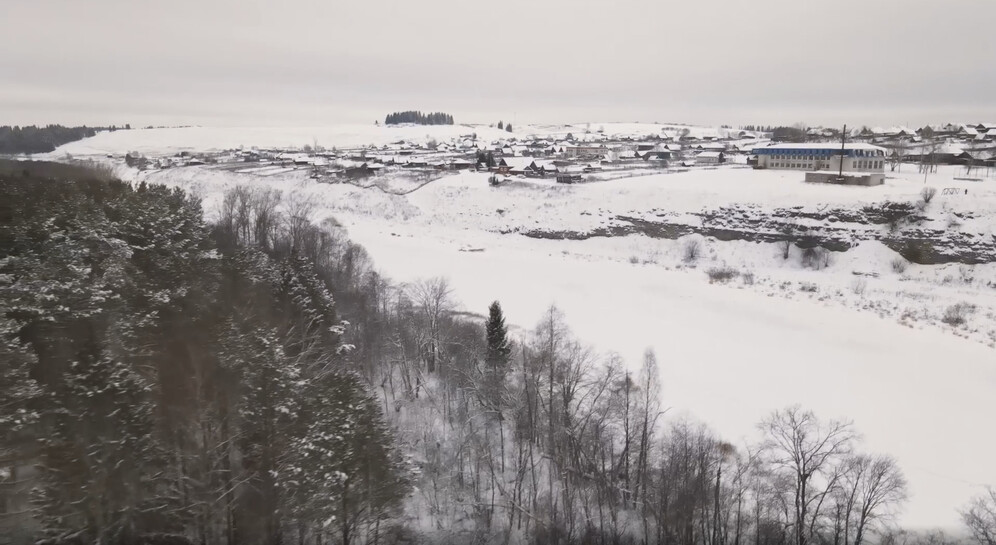 Paranormal phenomena is believed to occur in the Molyobka Anomalous Zone

A glimpse into history

In 1982, geologist Emil Bachurin was researching the Russian taiga, and he suddenly saw bright blue flashes over the forest. Unfortunately, he did not reach the woods and spent the night in the taiga. In the morning, the flashes disappeared. However, Emil saw a large circle printed in the snow when he finally got there. The scientist decided the print resulted from a flying saucer landing in Molyobka. He also claimed that he came into contact with extraterrestrial civilisations while studying the area. 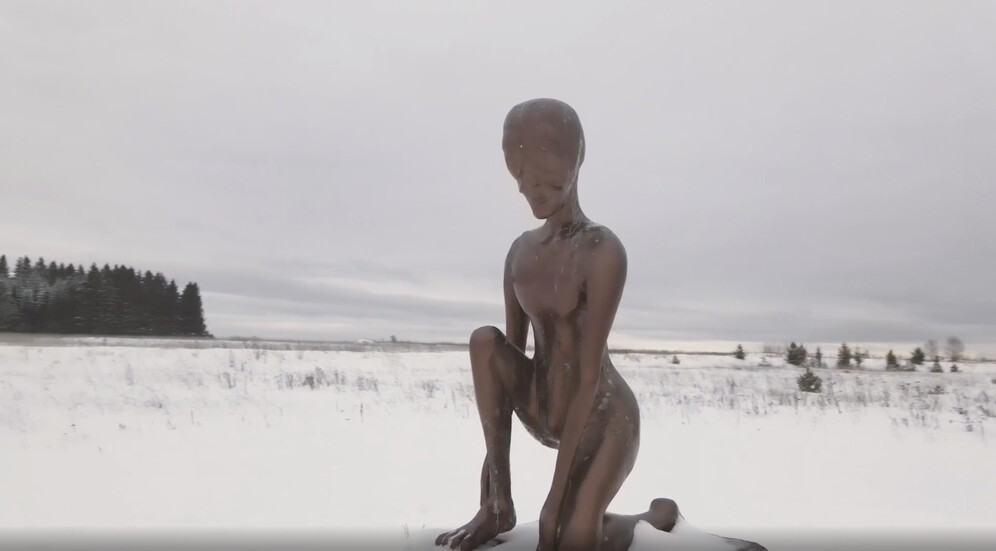 Molyobka became famous thanks to geologist Emil Bachurin, who discovered a large circle printed in the snow in the area. He believed the circle to be the trace of a flying saucer

Around the same period, local Pavel Sergeev said that in the summer of 1980, he saw the fall of a celestial body. According to him, the object fell into a pond and created waves more than 10 metres high.

In 1989, Soviet journalist Pavel Mukhortov published articles about his contacts with extraterrestrial civilisations in Molyobka in the Soviet Youth newspaper.

Meanwhile, Komsomolskaya Pravda published an article about another person who claimed “space contact”. The publications aroused great public interest in the Molyobka zone and created a flow of scientists and tourists into the area.

The study of archives revealed people wrote about unexplained phenomena in the zone as early as the 18th century. The popularity of the location peaked in 1989-1992. Today it is one of the most popular tourist attractions in the Perm region. 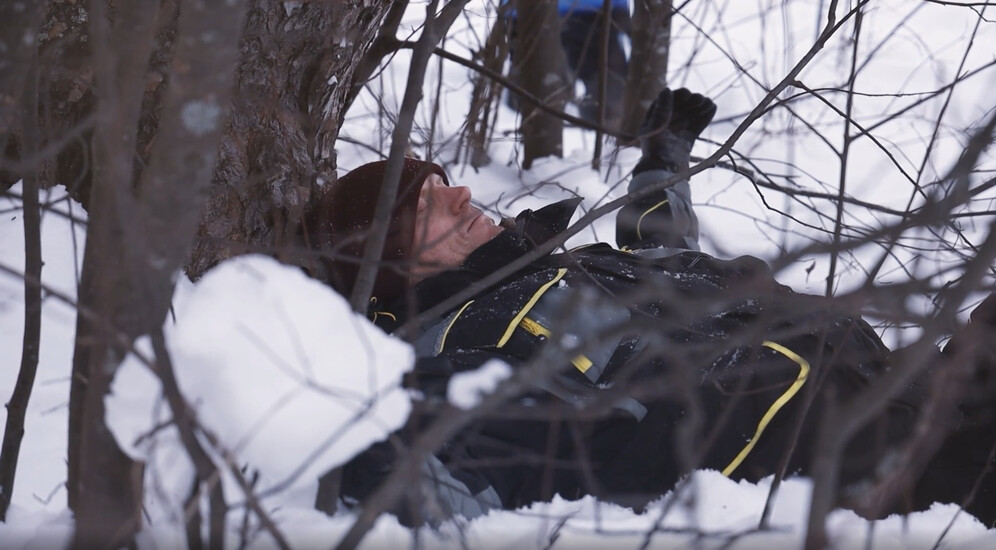 Some scientists believe Molyobka to be a “place of power”, where the energy of the Earth is released

Many scientists refute the theory of paranormal phenomena and believe Molyobka is simply a place of power, where the energy of the Earth is released. Some researchers argue being in Molyobka improves physical and mental health: people coming here get rid of anxiety and stress and fill up with energy. They calm down, anxiety and pressure disappear, and more energy appears. Different places in the zone are believed to generate a maximum of helpful energy: for example, the so-called “health meadows”.

RT’s Konstantin Rozhkov travelled to the Molyobka triangle to experience its power and unveil its mysteries. He met with the locals on his trip, who seemed to comply perfectly with all the myths about Area 51.

Valery Yakimov, also known here as Stalker, is one of the brightest representatives of the local community. He’s considered the most experienced guide in the Molyobka anomalous zone. Many people claim they’ve spotted extraordinary phenomena in the area, but Stalker is among the few who’ve captured one on tape. 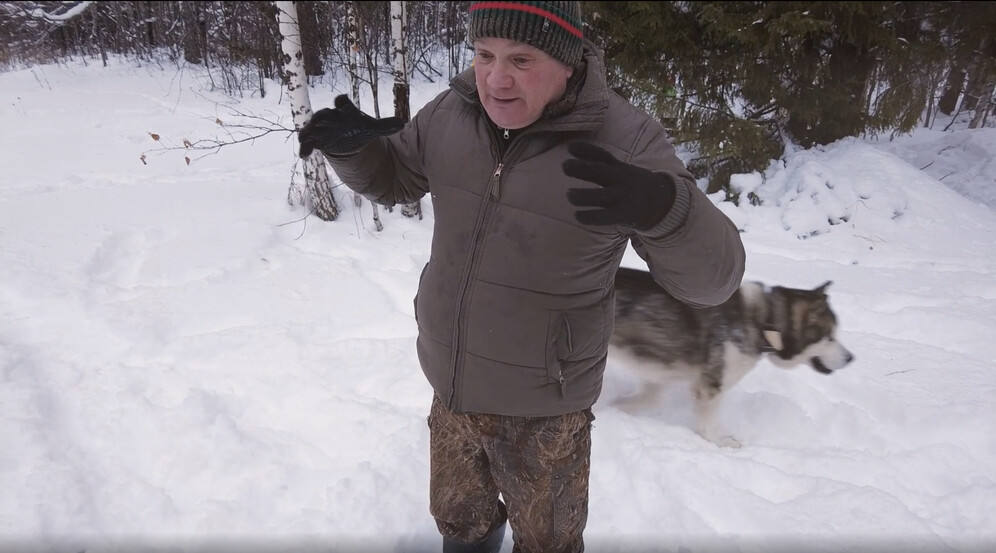 Valery Yakimov, or Stalker, is considered to be the most experienced guide in the Molyobka anomalous zone

Stalker says he filmed a bizarre orange ball outside Molyobka in 1995. For many UFO hunters, this video remains the biggest proof that aliens have visited Russia.

Another local Konstantin Rozhkov had a chance to talk to runs a grocery store. The crew was astonished by how casually this lady told them about her extraterrestrial experience. As if it was as normal as brushing your teeth.

“I saw it last year,” said the lady. “At first, I thought it was the forest burning. This is right where the zone is across the river. Then, the saucer went down, twisted like this - this is the first time I’ve seen it.”

The woman was eager to share her story: it seems like even despite tourists, the locals feel pretty isolated. After finishing the story about the flying saucer, she quickly moved into her life story that includes a miraculous recovery from a severe illness. 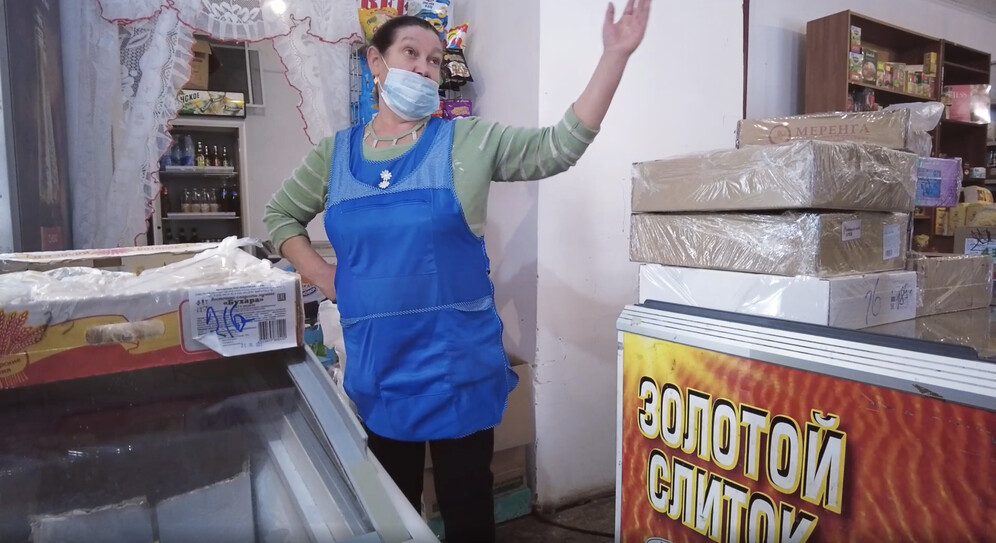 “There is a hundred-year-old pine tree, and I was healed at this pine tree. My husband took me there.”

“Have you been healed by a pine?”

“Yes, I was healed by a pine tree. I couldn’t walk, lost my memory, neither my arms nor legs worked. They just took me there on a stool. Doctors didn’t help. They wanted to put me in a mental hospital.”

Similar stories we heard from a lady at a local post office or folks working at a lumber mill. Every villager we spoke to told us about weird and inexplicable things they had encountered while living in Molyobka. And they take it in their stride. 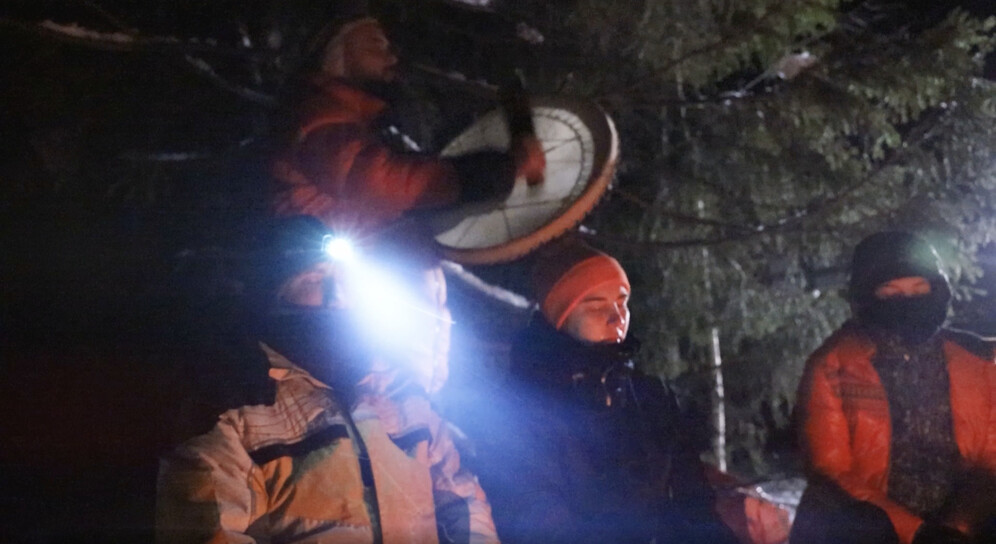 Some researchers argue that being in Molebka improves physical and mental health: people coming here get rid of anxiety and stress and fill up with energy

What other magical stories about Molyobka have the locals told RT? See the premiere of Konstantin Rozhkov’s documentary today to find out!