The virus' way through the corridors of power: Why movers and shakers seem to be more susceptible to coronavirus than regular folks?
TikTok Ban: The time is ticking

Chinese railways have expanded at breakneck speed since 2007, but then COVID threw a spanner in the works. RTD discovers how the pandemic has affected the Chinese government's ambitious plans to build new track, and whether COVID will slow down, or spur on, the world's biggest rail building project.

In less than fifteen years, China has built the most extensive high-speed rail network in the world, breaking every record in the process. As Zhang Xiaodong, professor of rail transportation economics at Beijing Jiaotong University, told China Daily, "since the opening of China's first high-speed railway, the Beijing-Tianjin line, in 2008, the country has constructed more high-speed rail lines than Japan and Europe did in 40 years." 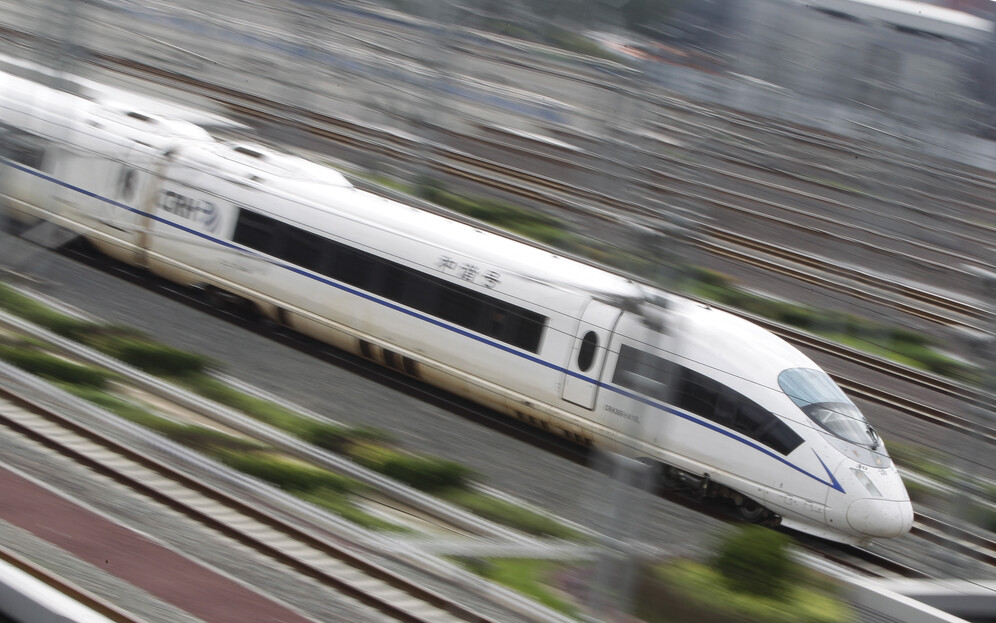 Then came the novel coronavirus outbreak in Wuhan. The country's ninth-largest city was cut off from the world on January 23 2020. Travel to the city and transit within it ground to a halt. Other cities in the province of Hubei followed suit, with a population of 57 million sitting at home. In the rest of China, less severe lockdowns were also implemented. 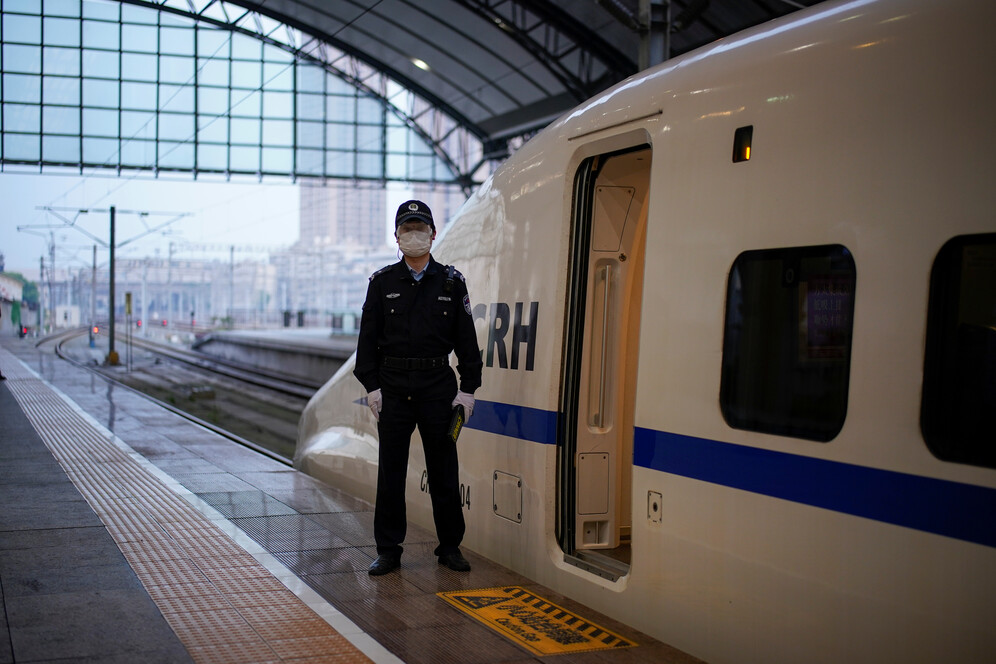 As a result, railway passenger trips fell by more than half in the first six months of the year for the whole of China. Some building work was also put on ice.

But not for long. Construction of the Fuzhou-Xiamen high-speed railway, for instance, resumed on February 24, including on the Xixi Bridge, the longest bridge in the project.

According to People's Daily, "115 large and medium-sized infrastructure projects under construction nationwide have fully resumed work, with over 600,000 people participating in over 8,000 construction sites".

Six new lines have opened, including two high-speed ones. "By July 1, there has been 1,178 km of railway lines put into operation, with 605 km of high-speed rail lines", adds People's Daily.

The website says "another 2,300 km of high-speed rail lines by the end of the year", i.e. the Chinese government is determined to make up for the lost time. Train passenger numbers are also up again. 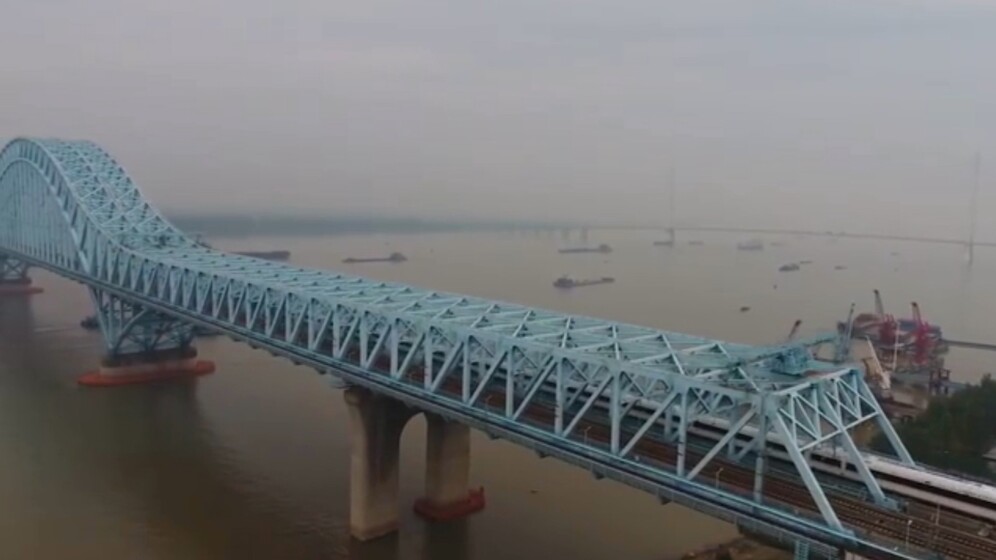 China's top speed railway expansion has involved the building of railway infrastructure all over the country. / Still taken from RTD documentary Chinese Speed.

Instead of being a victim of COVID, rail appears to be one of the keys to China's post-COVID recovery. According to the Wall Street Journal, "Coronavirus Has Been a Boon for China's Railways."

The initial high-speed rail building boom helped pull China out of the slump caused by the 2008 financial crisis.

This time, the government's stimulus is set to be more modest. However, rail is still seen as an engine for growth, according to legal analysts at Lexicology: "China is launching a "New Infrastructure" campaign to turbocharge its economic recovery from the coronavirus pandemic and boost sustainable growth and innovation."

They point out that "at the meeting of the Communist Party of China Political Bureau Standing Committee on March 4 2020, seven "New Infrastructure" sectors were recognised as the focus of the country's next-generation development". One of these is inter-city transportation and inner-city rail systems. 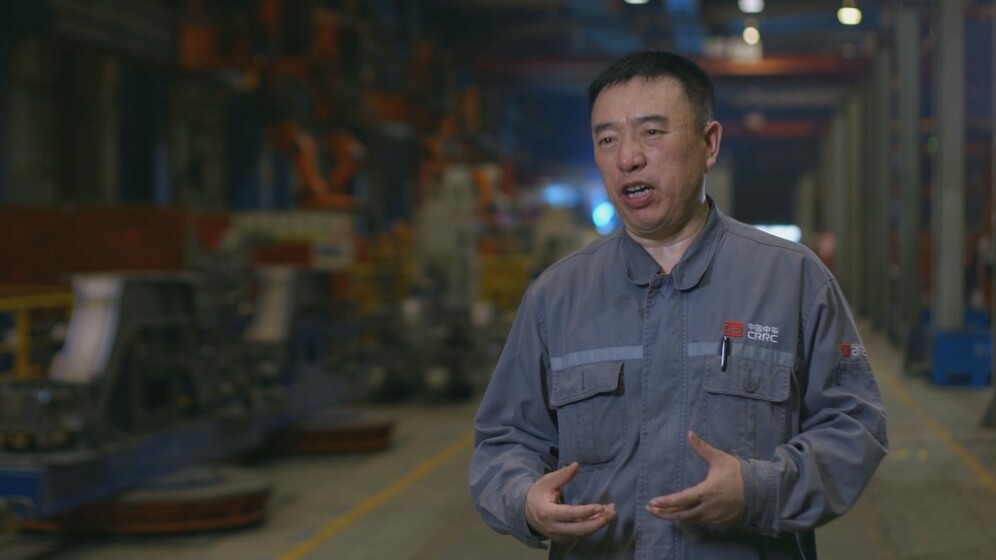 COVID has given a significant boost to rail from another angle. International freight traffic. China's grand plan to build logistical infrastructure around the world to sell its goods more quickly, the Belt and Road Initiative, has proved useful.

In particular, the number of freight trains from China to Europe rose by 36% year on year in the first half of 2020 because rail proved more resilient than air or sea supply chains, which were severely disrupted during the pandemic. "Transported goods through the routes totalled 46,100 20-foot equivalent units (TEU), an increase of 41% compared with the same period last year", CGTN points out. And in July, things took off even more. There are now 68% more trains than a year ago operating the China-Europe route.

In July, the first China-Europe rail forwarding service started in the UK going onwards from Dartford to Birmingham, Bristol and Manchester. The reason: although it's slightly slower than ocean freight, costs have proved more stable, so shipping companies can offer a fixed price.

China's splurging on railways has its critics. Some argue China should be focusing on freight rather than building passenger lines that can't carry heavy goods trains. Asia Nikkei points out most high-speed rail routes remain unprofitable, and operator, China State Railway Group, is $773 billion in debt. This raises the question of the purpose of passenger rail: does it have to break even to be economically justified, or does the economic development it enables mean rail pays for itself in other ways? 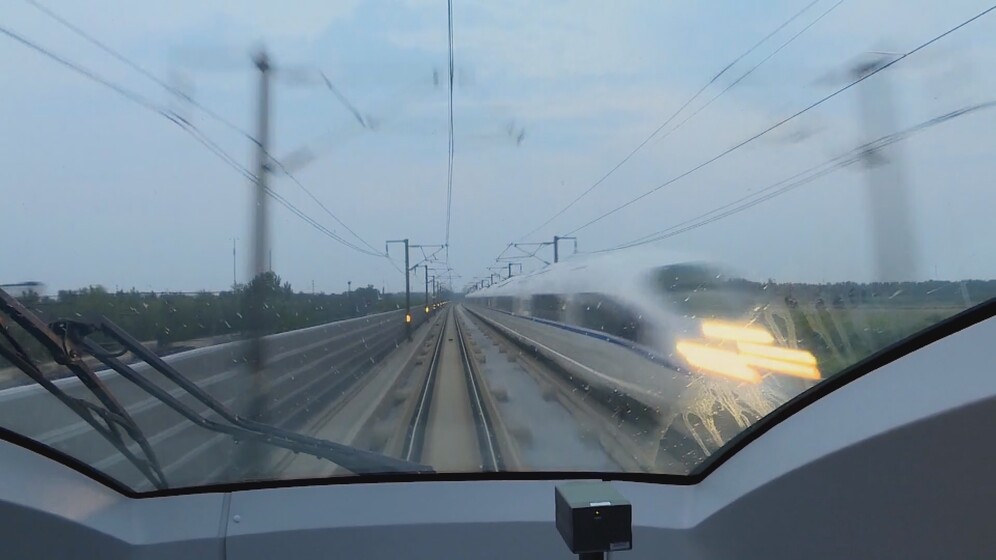 The disruption caused by COVID has not thrown China's rail ambitions off track./ Still taken from RTD documentary Chinese Speed.

However, Fitch, the credit rating agency, is not frightened by the debt owed by China Railway Group Limited (CRG), one of the two State-owned companies building the lines. Given its close ties to the Chinese government's pockets, Fitch has given CRG an A- rating, meaning "high credit quality" with a stable outlook.

Overall, it appears that COVID has vindicated China's commitment to rail.