The World on the Brink of WW II: The Appalling Facts Western Countries Try to Silence
Afghanistan Before and After the Taliban

Female Power: How Many Glass Ceilings do Women in the US Still Have to Crack?

August 26 is Women’s Equality Day in the United States. To commemorate the women’s empowerment revolution, RTD looks back at the milestones of the women’s rights movement in America and explores how many glass ceilings remain unshattered.

On August 26, 1920, the US Congress passed the 19th Amendment, giving American women the right to vote. One hundred years later, in 2020, a record number of women lawmakers were elected to Congress.

American women have long fought for equal standing throughout the nation’s history, from Abigail Adams appealing to her husband to respect women when conceiving a new government for the American colonies to Kamala Harris becoming the first female vice president of the United States. It was a thorny path, but it seems to have borne fruit.

"I accept your nomination for Vice President of the United States of America."

Kamala Harris accepts vice presidential nomination, while noting that this week marks the 100th anniversary of the passage of the 19th Amendment. https://t.co/YeCc1WnzsB pic.twitter.com/X3Y9X7qhaA

In 1776, future first lady Abigail Adams wrote to her husband, John Adams, “Do not put such unlimited power into the hands of the husbands. Remember, all men would be tyrants if they could. If particular care and attention is not paid to the ladies, we are determined to foment a rebellion, and will not hold ourselves bound by any laws in which we have no voice or representation”.

Abigail Adams was right in one thing – it’s impossible to build an enduring democratic order without female engagement. Throughout history, women have played an essential role in building democratic institutions all over the world. It is especially true about Rwanda, where women have been at the vanguard of rebuilding the devasted economy and flawed government institutions after the 1994 genocide. To find out how women are reshaping today’s Rwanda – watch RT’s Rwanda. Women in Charge documentary.

Though Abigail Adam’s plea didn’t entail immediate change, the idea behind it inspired other early women’s rights activists like Elizabeth Candy Stanton and Lucretia Mott. They organized the first women’s rights convention in Seneca Falls, New York, in 1848. The Seneca Falls convention planted the seeds of voting ambition, unwinding decades of female activism that eventually led to the introduction of female suffrage in 1920.

Suffrage envoys from San Francisco greeted in New Jersey on their way to Washington to present a petition containing more than 500,000 signatures to Congress / Library of Congress

Did you know Wyoming is known as the Equality State? In 1869, Wyoming became the first US territory to pass a women’s suffrage law, allowing women to vote and hold office.

Edward M. Lee, Secretary of the Wyoming Territory, claimed female suffrage started as a joke, writing in 1869, “Once, during the session, amid the greatest hilarity, and after the presentation of various funny amendments and in the full expectation of a gubernatorial veto, an act was passed Enfranchising the Women of Wyoming. The bill, however, was approved, became a law, and the youngest territory placed in the van of progress... How strange that a movement destined to purify the muddy pool of politics... should have originated in a joke... All honour to them, say we, to Wyoming’s first legislature!”

The bold move by the Wyoming authorities inspired female suffrage activists all over the US. Their efforts resulted in the adoption of the 19th Amendment to the US Constitution by Congress in 1920. The Amendment says, “the right of citizens of the United States to vote shall not be denied or abridged by the United States or by any state on account of sex”.

Exactly 101 years ago today, the #19thAmendment was ratified, which guaranteed women the right to vote. However, not all women were allowed to exercise their right. Today, we honor their strength, determination, and grit. pic.twitter.com/ZPGZqa77tX

However, it took the states over 50 years to ratify the Amendment. The last state to do it was Mississippi in 1984.

The 1776 constitution of the state of New Jersey granted voting rights to “all inhabitants” who were “worth £50”. So, in 1797 women who had assets of £50, or more were explicitly allowed to vote. However, this law applied to single women only. Married women didn’t hold the right as their husbands were legally in control of all their property. In 1807, the law was amended, reserving the voting right only to free white male citizens.

The pill and the bill: from birth control to civil rights

Today, access to birth control is seen as a fundamental right; it was practically taboo in puritan early 20th Century America. But female empowerment could not do without family planning, and the women’s rights activists were well-aware of it.

America’s first birth control clinic opened in Brooklyn, NYC, in 1916. As the clinic was considered illegal under the “Comstock Laws” prohibiting birth control, its founder Margaret Sanger had to repel constant legal threats and eventually closed the clinic.

However, Sanger’s efforts paid off. In 1921 she founded the American Birth Control League. Decades of the League’s activism played a crucial role in the approval of the first commercially produced birth control pill by the Food and Drug Administration in 1960.

While today in the US and the rest of the developed world, access to contraception and family planning are seen as women’s fundamental rights, in some parts of the globe, women are denied the right to choose their destiny, let alone use the pill. For example, Ugandan Mariam Nabatanzi, 39, never went to school because her father married her off at 12 to a much older man in exchange for cows. Now, abandoned by her husband, she struggles to provide for her 38 children. Watch our Mama Uganda documentary to learn Mariam’s story.

The pill unleashed a true revolution in birth control, bringing the fight for women’s empowerment onto a new level. Moreover, family planning opened opportunities for further female engagement in all spheres of the human endeavour, politics included.

The pill unleashed a true revolution in birth control, bringing the fight for women’s empowerment onto a new level. Moreover, family planning opened opportunities for further female engagement in all spheres of the human endeavour, politics included.

In 1955 a black seamstress Rosa Parks refused to cede her seat to a white man on a bus in Montgomery, Alabama – a move that sparked decades of civil rights protest. Though the rights of black Americans were the primary focus of the movement, women’s civil rights were also an issue. 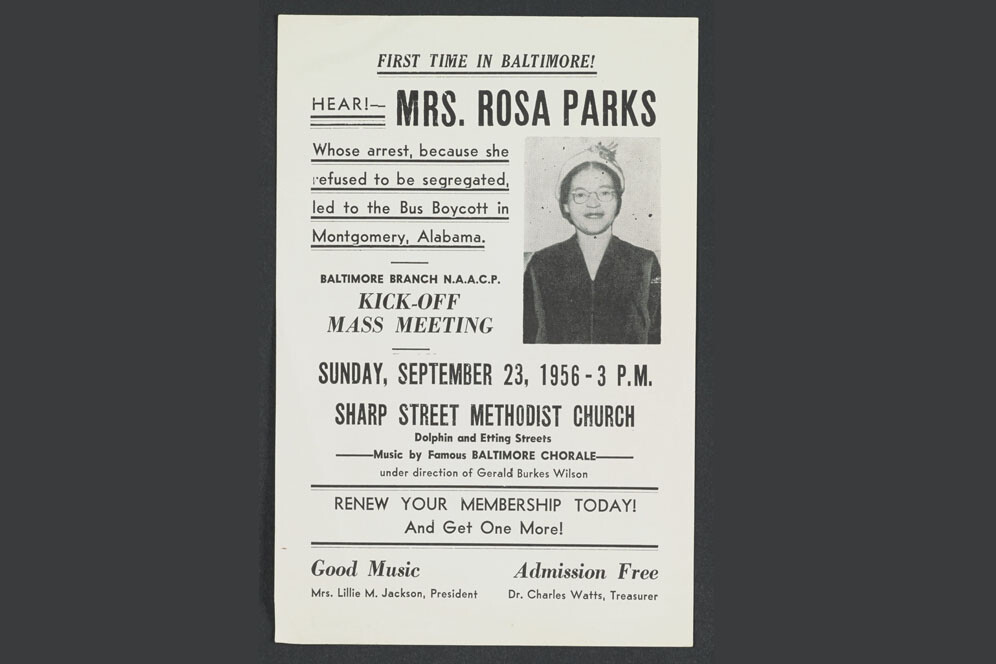 The women’s civil rights movement culminated with the passage of the Equal Rights Amendment by the US Congress in 1972, which is believed to have laid the grounds for significant advancements in female empowerment.

In 2008, after losing the presidential nomination race to Barack Obama, Hillary Clinton said her 18 million votes in the Democratic party’s primaries represented 18 million cracks in the glass ceiling. Eight years later, while accepting her presidential nomination by the Democratic party, she sounded even more optimistic, “When there are no ceilings, the sky’s the limit”.

So, is the glass today closer to being half-full or half-empty?

Since 1972, women have become increasingly engaged in all spheres, including business and politics, and their engagement seems to be on the rise.

In the education and jobs market, the ceiling is being shattered daily. Since 1982, women have earned more bachelor’s degrees than men. Women now represent almost half of America’s workers (47% in 2019) and hold more than half of management positions in the US (51,8% in 2019).

While today’s US women enjoy equal education opportunities and relentlessly approach equal pay, Kurdish women in Syria take up arms to fight for their lives. RTD visited YPJ female training camp to learn about the courageous young Kurdish women that fight ISIS. Want to learn how they train to face the enemy? Watch our documentary Her War: Women VS ISIS.

However, the legal basis for this engagement – the Equal Rights Amendment (ERA) never came into effect. The problem is the Amendment needs approval by at least three-quarters of the states to be added to the constitution. Though the deadline for state ratifications passed decades ago, the process is still underway.

In 2020 Virginia was the latest to ratify the Amendment, but the three-quarters requirement still hasn’t been met.

Thus, the issue continues to fuel fierce debate in American society, with anti-ERA activists (mostly stay-at-home mothers) protecting the traditional American family and the “special status” granted to women, including their spouses' right to be supported.

Phyllis Schlafly, a conservative icon of the late 20th century, dedicated much of her life to anti-ERA activism. She told audiences the ratification of the Amendment would eventually lead to gender-neutral bathrooms and women being drafted into the army, making many Americans think twice about the constitutionally mandated women’s equality.

Whether we like it or not, Schlafly was right, as they have come to pass without the Amendment. And while conservative activists continue to resist change and appeal to traditional values, ERA advocates and feminists say the Amendment will prevent women’s rights from sliding back and provide a more solid legal basis for female rights protection.

But is this sliding down possible at all?

Once unleashed, revolutions rarely back down. As Madelaine Albright, the first female Secretary of State, once said, “It took me quite a long time to develop a voice, and now that I have it, I am not going to be silent”.

Do you think American women have achieved equality?