The right kind of woman: who is running alongside Joe Biden for the White House?
Surviving the leap year: 10 plagues of 2020 (with six more months to go)

Mr Sowers Goes to Washington: How an RTD hero changed US law to stop a government racket

In 2012, the US tax authorities seized more than $65,000 from Randy Sower's bank account and wouldn't give it back. In 2019, Donald Trump signed the Clyde-Hirsch-Sowers RESPECT Act, vindicating the Maryland dairy farmer and stopping the Inland Revenue Service from helping itself to other people's money. See how the hero of our film, Milking the Farmer, fought back against a brazen injustice and won.

In Milking the Farmer, Randy Sowers, who runs a dairy farm in Maryland and sells his produce at farmers' markets in Baltimore, talks about how he was shaken down by the US tax authorities. 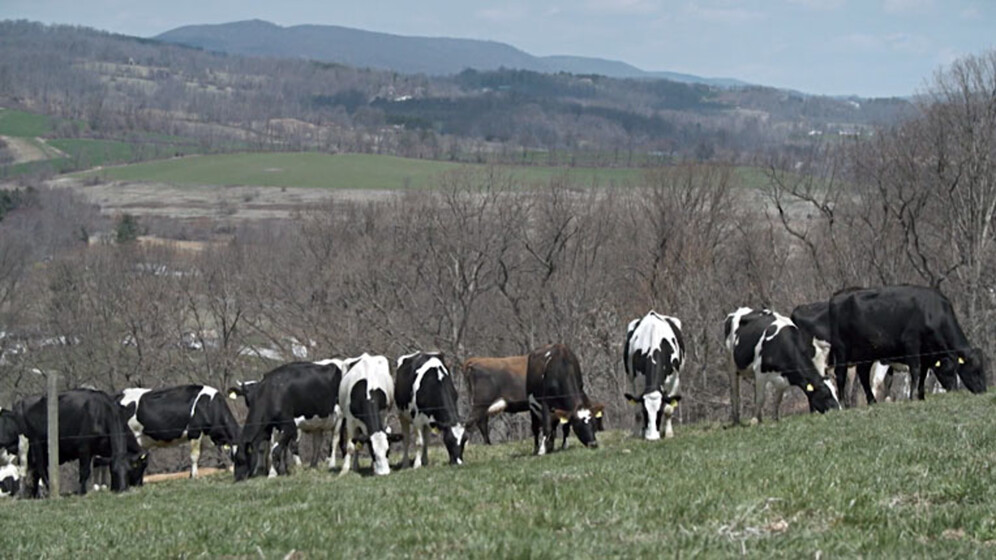 Randy Sowers' dairy farm in the hills of Maryland is what America wanted to be about. / Still taken from RTD film Milking the Farmer.

When the government is the scammer

One day in 2012, Treasury agents came to his farm and questioned him about the cash he and his wife had deposited in his bank account. Randy's lawyer wasn't immediately available, so the farmer just answered the questions honestly. He explained that a clerk at the bank had asked his wife to pay in less than $10,000 dollars at a time, to avoid triggering extra paperwork. Little did he know, but Randy had given the agents all the evidence they needed to keep the money they had already seized from his account.

Under the 1970 Bank Secrecy Act, a law intended to combat money laundering by criminal outfits; banks are obliged to report all cash deposits of $10,000 or more. But if a person intentionally tries to circumvent that requirement by "structuring" payments so they remain below the threshold, they are deemed to be evading the law, a crime in itself. As it stood, the law permitted 'civil forfeiture', meaning the authorities could just take money on the mere suspicion of wrongdoing, without any kind of trial to establish guilt.

The authorities also made it practically impossible to recover any funds that were taken. The onus was on the accused to fight for their rights in court. Lawyers have to be paid upfront, but it can take years before any money is returned, and most small-business owners simply don't have deep enough pockets. The Inland Revenue Service (IRS) then offers to split the money. For instance, they offered Randy a deal in which he'd recover $35,000, and they would keep the rest.

"We thought we had to take the settlement because, you know, they were ready to prosecute us and throw us in jail. And they said if we fought them for keeping $30,000 and giving me the other $35,000 back, they were going to make me pay them the whole $650,000 that we deposited in that chequing account for that 32 weeks that we deposited that cash in there. So, you know, they scare you into taking the settlement", Randy told RTD.

Families love to visit the Sowers' farm to buy ice cream and feed the calves. / Still taken from RTD film Milking the Farmer.

When you're being robbed, be as loud as you can

Then he made a mistake. Or changed the course of history. "Even at farmers' markets, I told everyone what (...) the IRS had done. Anybody who would listen, I tried to tell them the story. I spoke to the press and I did my best to get people to hear. By this time, I knew ,this could happen to anyone, and no way was I going to lick my wounds and shut up." The principled US citizen told agriculture website AG Professional. He explained how people who had no connection to the criminal underworld were being fleeced for a technical offence they didn't know they were committing. As a result, the IRS insisted that Randy Sowers, as part of the settlement, had to admit his guilt, unlike everyone else in his position.

"What we found out was a lot of money goes to the local law enforcement people that help get the money. You know, it's distributed different way is what we found out, it's doesn't all go to the IRS or Justice. You know, some of these local people get the money, that's why they are so intent on, you know, getting it. So they get to use some of it", he explained.

In fact, the Institute for Justice (IJ) estimates that the IRS seized $242 million in 2,500 suspected structuring cases from 2005-2012. "Significantly, at least a third of the 2,500 cases were triggered by cash deposits under $10,000, and contained no other criminal allegations", reports AG Professional.

That's when the IJ, a libertarian law firm and advocacy group, contacted Randy Sowers and offered to fight for his rights in court, along with eleven other clients. One of them was Andrew Clyde, a military veteran who owned a gun shop in Georgia. He had often deposited under $10,000 for insurance reasons rather than to evade the Bank Secrecy Act requirements. The IRS seized $950,000 and he had to settle for only getting $50,000 back.

As a result of the publicity, the IRS changed its policy in 2014. "We brought half-a-dozen or more cases and elevated them to high profile status. While the final case was pending, and we prepared to file on behalf of Carole Hinders, the New York Times contacted the IRS and asked what was going on. The tax authority stalled for several weeks, and then announced it was changing its policy and would no longer conduct seizures without underlying evidence of criminality", Dan Alban, senior attorney at IJ, reminisces.

After fighting for years against the dirty tricks of the IRS, Randy Sowers is wiser but unbowed. / Still taken from RTD film Milking the Farmer.

When the law is an ass, change the law

This attracted the attention of the US Congress. In February 2015, Randy Sowers was called to testify before the House of Representatives Ways and Means Committee: "The congressmen were disgusted from the first minute, but not by us," Sowers recalls. "They were hitting the IRS guys with all kinds of questions. The IRS officials dodged and ducked, and nobody took the blame. When the facts were out there for everyone to see, the committee seemed pretty upset because they hadn't realized the extent of IRS' actions."

Then in July 2015, the IJ asked the Department of Justice and the IRS for Sower's money back. The missing $29,500 was returned a year later. As was the money taken from many other victims. The IJ estimates that around $43 million from 618 structuring cases dated from 2007 to 2013 was returned to the legitimate owners.

In 2016, the Clyde-Hirsch-Sowers RESPECT Act or the Restraining Excessive Seizure of Property through the Exploitation of Civil Asset Forfeiture Tools Act started making its way through Congress. It aimed to end to the practice of seizing money in the absence of proven criminal activity and set a one to two-month deadline for hearings when assets had been seized. The act was finally signed by the President, as part of a larger package of tax reform legislation, the Taxpayer First Act, in July 2019.

For Dan Alban, the fight isn't over, however: "Unfortunately, civil forfeiture exists outside of structuring, and we're trying to put an end to it in all contexts so that the government can no longer forfeit any money without convicting someone of a crime because no one should have to prove their innocence."

As for Randy Sowers, he's sadder and wiser: "Even today, some people still think we did wrong. Nobody can understand the stress until they've been through it. The despair of having to deal with people who aren't elected, aren't answerable to anyone, and keep their jobs forever, is hard to describe."

He hasn't lost faith though and is still ready to fight for common sense. He's now seriously considering law school, to keep the cost of defending his rights affordable.