Is humanity ready for micro-chipping?
The bug that blew up culture: Is reopening NOW worth the risk?

“I was correcting God's work”: How a Soviet surgeon successfully performed the first gender reassignment surgery and almost lost his career

In 1968, a beautiful young lady called Inna entered the medical office of Dr Viktor Kalnberz in Riga, Latvia. In 1972 a young man left the same office. The surgeon risked ending his career and going to prison, but still decided to realise Inna's dream of becoming who she felt to be.

Inna was a talented engineer in her late twenties. She dreamt of becoming a man, which back then in the Soviet Union sounded like crazy talk. She turned to Victor Kalnberz for help. "I know you will try to dissuade me," she told the professor during one of her first visits to his office. "Don't waste your time. I am sure nature made a mistake creating me as a woman. Please, help me correct this mistake".

Professor Victor Kalnberz was a Soviet doctor famous for penile reconstruction surgery and helping men with potency problems. He developed a falloprosthetics technique that was successfully used in the UK, USA, France, Germany, Sweden, and Latvia.

Victor Kalnberz recalls that Inna was truly unhappy. "Since my early childhood, I have been convinced that I am a boy," she wrote in a letter to the surgeon. "I have developed purely masculine interests and aspirations, which step by step isolated me from the society and prevented me from having friends and family… At the age of 12, I fell in love with a girl. And this first love made me realise how hopeless my situation was.

Every day I have to pretend to be who I am actually not, to wear clothes that disgust me, to be ashamed of myself even at home.

Even if someday I happen to feel something for a man, it would be absolutely impossible for me in my forties to change my habits and to learn to be a true woman. I'd better die than continue to force myself into living like this…"

She had made three suicide attempts, one of which – because of her unrequited love for a woman. "If you don't help me, I won't leave Riga alive...", that was Inna's ultimate position.

At first, Dr Kalnberz was not eager to do the surgery. He suggested the young woman undergo hypnosis and try to have a normal sex life. "Do you think I haven't tried it all?" she answered. "I have seen numerous psychotherapists, undergone a course of hormone therapy, and tried hypnosis. I have tried to spend time with men, but sex with them was disgusting."

The doctor discussed the case with an endocrinologist, sex therapist, gynaecologist, a psychiatrist, as well as the Health Minister of the Latvian SSR. The verdict was positive.

"You know, it sounds odd, but despite being an atheist, I was a fairly religious person," said Victor Kalnberz in an interview. "I believed that God exists in our souls. And an intervention into the natural "order of things" seemed a sin to me. It was so difficult to make the decision that I turned to the priests. But I never got a clear answer. One of the priests told me that I had no right to interfere with God's work. Another, on the contrary, advised that I do the surgery saying that if nature had made a mistake, I would help the Lord by correcting it."

In the end, Dr Kalnberz decided to talk to Inna's mother. "Doctor, I have seen my daughter trying to commit suicide over and over again," Inna's mother told him. "I will be able to put up with the fact that my daughter will become my son. But I will never be able to get over losing her forever…"

After two years, the decision was finally made, and the first surgery took place on September 17th, 1970. Inna's transformation into a man was carried out in several stages. First, a skin tube was formed from the tissues taken from the abdominal region. This tube is called a Filatov stem. Surgeons connected both ends of the stem to the patient's tissues on the stomach, so it resembled a suitcase handle. It was the only way to prevent the tissue dying, and to ensure blood vessels penetrate the future penis. At the second stage, the lower end of the stem was cut off and moved to the pubic area. Sometime later the upper end was cut off from the abdominal wall. Then a phalloendoprosthesis was implanted inside the man-made sex organ.

Victor Kalnberz employed the same technique to help Soviet men suffering from impotence. Despite the positive outcomes, the happy owners of phalloendoprostheses had to cope with inconveniences. The surgery was not very suitable for men from the polar regions. After the phalloendoprosthetics, the organ lost the ability to shrink, necessary in a harsh climate. Still, patients came up with a way out – they made fur cases for their "private parts".

Between the stages, Inna would return to Moscow, take a break from the hospital life and even go to work. Such a break usually lasted 2-3 months. Then the battle against natural sex would resume.

As long as Inna had female internal organs, the process could be reversed.

Victor Kalnberz acted very cautiously and without any rush for fear of Inna changing her decision. If the doctors were to amputate the man-made penis, only a few scars on the abdomen would remind of the experiment. Therefore, until Inna got used to her new masculine nature, the professor refused to proceed to the last stage.

Although Dr Kalnberz and the hospital staff tried to keep the whole process a secret, rumours circulated. Inna became a kind of tourist attraction for other patients. They would open the door of her hospital room, to take a look at her, then apologise and pretend to be mistaken. That's why Inna usually lay on the hospital bed with the blanket pulled over her head. This "hospital publicity" was another tough challenge for her. Thus, she rushed the doctors to rid her of all the feminine parts and let her go. First of all, she wanted to get rid of the mammary glands and uterus – she could not put up with her period anymore. But Victor Kalnberz was following his plan and didn't give in to pressure.

In November 1972, the patient left the clinic with a masculine body and new documents. Inna had become Innokenty. At least, that's how the surgeon prefers to call the man. His real new name and contact information remained undisclosed for fear of publicity. Beginning a new life turned out to be a difficult task. Despite being a talented engineer, Innokenty didn't pursue a great career and always tried to stay inconspicuous. If he had occupied a high post, he would have automatically come under the scrutiny of the KGB. Then his original identity was likely to be revealed, and his life would have been ruined again.

As for his personal life, Innokenty was much luckier. He was married twice. By the way, neither of his wives knew anything about his past as Inna.

He told them that he had had an accident and the doctors barely saved his life – that's why he had so many scars, and his sexual organ worked in a specific way. Although Innokenty was terrified by the need to undergo any medical examinations, doctors also believed his stories. At that time, they could not imagine that someone in the Soviet Union might have changed his or her sex. 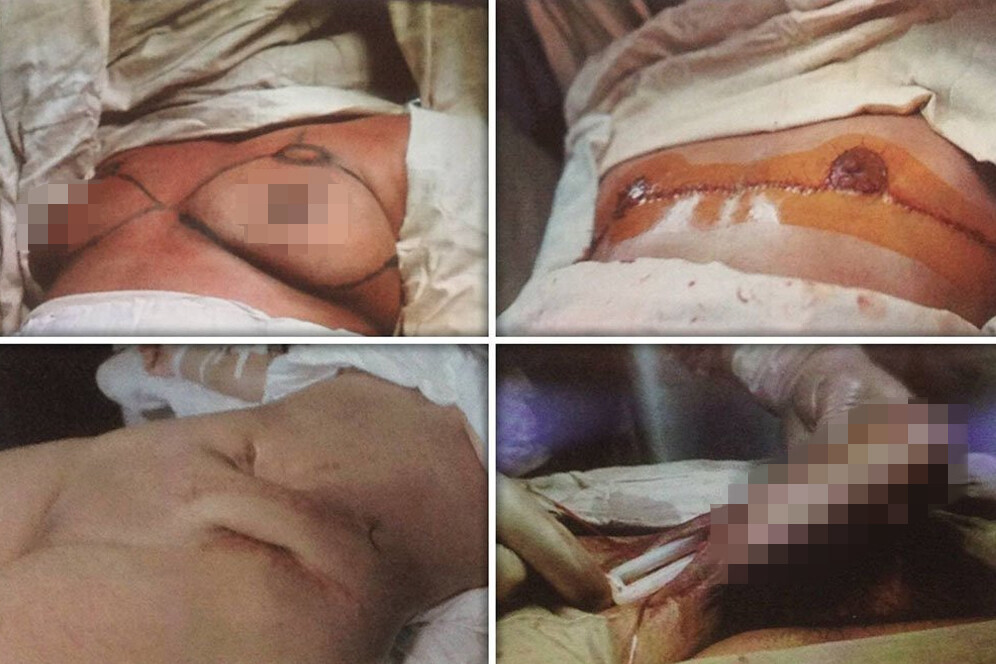 This was the first successful female to male gender reassignment surgery not only in the USSR but in the world. The four previous surgeries resulted in patients becoming hermaphrodites/Photo from Dr Kalnberz archives

But instead of receiving worldwide recognition, Viktor Kalnberz almost lost his job and could have been sent to prison. Luckily, the commission sent to Riga changed its initial sceptic position and backed the surgeon. As a result, the USSR health minister let Dr Kalnberz go with a warning.

Victor Kalnberz continued his brilliant career as a surgeon and worked until he was eighty years old. During this time, he performed dozens of unique operations.

He was the first to transplant a finger from a corpse to a patient with an injured hand and one of the first to restore a woman's nose fully. At the same time, Innokenty led his quiet life as an engineer. Dr Kalnberz knew neither his real name nor his phone number. The only thing he asked Innokenty to do during their last meeting was to call him from time to time. "The last time I heard his voice was more than five years ago. Then he was about seventy…," the doctor recalls.