Not just another paedophilia scandal: Why German political parties experimented with vulnerable kids
Beastly vaccines, ban on detergents and mandatory school prayers: What will happen if Kanye becomes President

Killology creator: “If you properly prepare yourself, killing is just not that big a deal.”

Dave Grossman, the man behind the 'killology' concept, trained thousands of law enforcement officers all over the USA. For the past 20 years, local police departments have paid Grossman to train their employees on his philosophy of killing. These days there's hardly anyone in America who's trained more cops than him.

Dave Grossman is a retired Army Ranger and former West Point psychology professor. He promotes the mindset needed to take human life, urging officers to kill with less hesitation and prepare themselves mentally to end a human life if they deem so necessary. 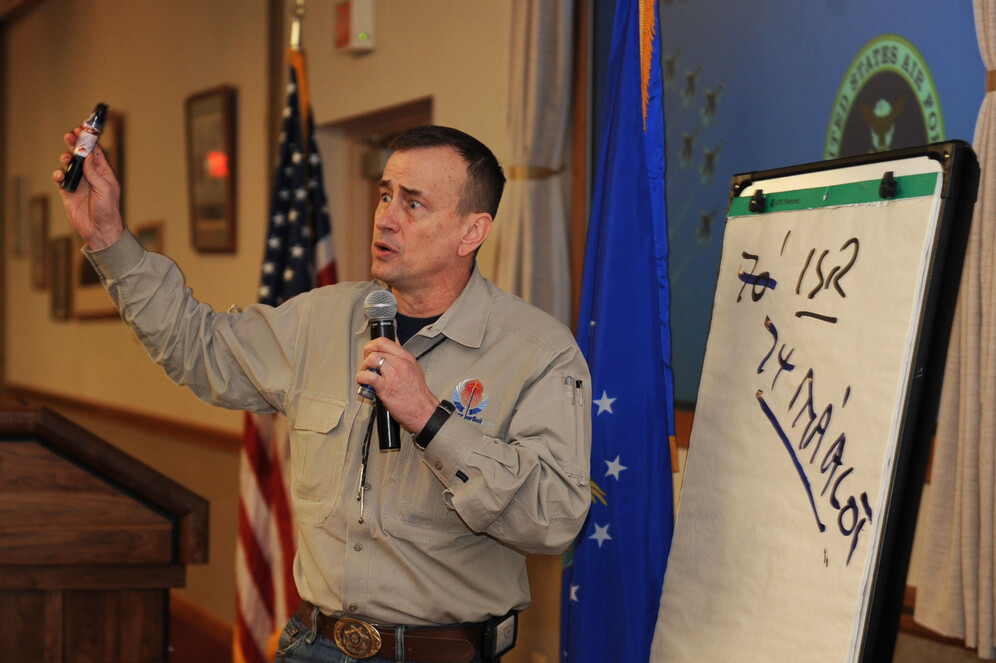 "Once you've made a decision to take a human life, you're a transformed creature. You're a predator. And what does a predator do? They kill. Only a killer can hunt a killer. Are you emotionally, spiritually, psychologically prepared to snuff out a human life in defence of innocent lives? If you can't make that decision, you need to find another job," he stated flatly during a police training seminar in Ohio. The workshop featured in a short documentary called "Conditioned Response" filmed by Field of Vision for The New Yorker magazine.

A fiery debate first sparked over Grossman's fear-based "warrior training" after the 2016 shooting death of Philando Castile, a 32-year old African-American, in Minnesota. Officer Jeronimo Yanez, who had previously attended "Bulletproof Warrior" training together with his colleague Jim Glennon, shot Castile in a traffic stop. Later, Yanez was found not guilty and cleared of all charges but fired from the force nonetheless.

Citing Castile's death as a reason, Minneapolis Mayor Jacob Frey banned city funding of "warrior-style" police training in April 2019. However, the Minneapolis Police Union president Lt. Bob Kroll said the ban was illegal and promised the union would offer military-style policing methods training to officers during their off-duty hours, which has been the case until recently. 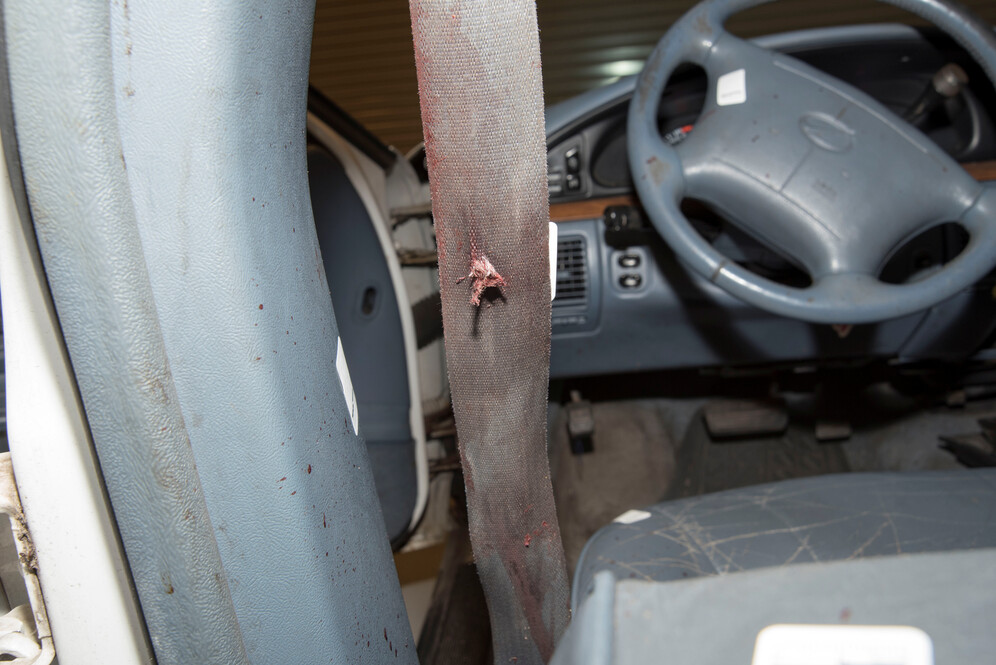 A bullet hole is seen in a bloodied seat belt in the car of Philando Castile, in an evidence photo taken after he was fatally shot by St. Anthony Police Department officer Jeronimo Yanez during a traffic stop in July 2016/Minnesota Bureau of Criminal Apprehension via REUTERS

The recent death of George Floyd, killed by Minneapolis police officer Derek Chauvin who employed a knee-on-neck hold that resulted in Floyd's death, has refocused attention on fear-based training. Chauvin, who's currently facing trial, had at least 17 prior complaints filed against him, according to the Minneapolis Police Department. As for his resumé, it looks like he'd learned policing from the Department of Defense, having served as a military police officer in the Army Reserve before becoming a city police officer.

The military to police pipeline filling the ranks has been functioning since the Obama administration that put millions of dollars in creating police positions for US veterans. Although converting a former combat officer into a cop might sound like a great idea, statistics demonstrate that it may not necessarily be quite so.

Numerous reports, including that of the Dallas Police Department, show veterans who become cops are more inclined to fire their guns than their non-military peers.

The veterans turned police officers could potentially benefit from training, exploring potential post-traumatic issues. This would help them make the adjustments between operating in hostile war zones and peaceful environments, and learn different use-of-force patterns. However, police departments prefer to engage their officers in training that makes them envision their communities as warzones.

In a magazine profile of Grossman in 2017 journalist Josh Eells claims his book On Killing is part of the curriculum at the FBI Academy and on the Marine Corps Commandant's Professional Reading List. Having never served in combat, what he does is gather stories from former combat veterans, process and present them to the audiences he trains. Speaking to Eells, Grossman reportedly likened protest movements such as "Black Lives Matter" to "treason", saying "it has blood on its hands" for encouraging killers of police.

Calibre Press, the company that used to organise Grossman's seminars, quit offering his Bulletproof course. Still, the notorious speaker is booked months ahead, with police departments and academies all across the country happy to host him.

Incidentally, one doesn't have to be employed by a government enforcement agency to "benefit" from the knowledge shared by Grossman. His training programmes — The Bulletproof Mind, On Combat and On Killing — are currently available online from the Grossman Academy website for just $79 eac

To get a better idea of what Grossman has in store for his students, one can take a look at the training manual from his 2014 Bulletproof training in the Mall of America. It extensively covers "pre-attack indicators" that should warn a policeman the person he's dealing with might be dangerous, instructions on how to survive gunshot wounds, and offers numerous biblical quotes justifying murders.

In his book On Combat, Dave Grossman compares the task of a policeman to that of a sheepdog, for, according to him, most citizens are sheep, and the few sheepdogs "blessed with the gift of aggression" are there to protect them from wolves. "Cops fight violence. What do they fight it with? Superior violence. Righteous violence." Among other things, he teaches his audiences that they are on the frontline – in a fight on crime, on drugs, on criminals of all sorts – and should behave accordingly. 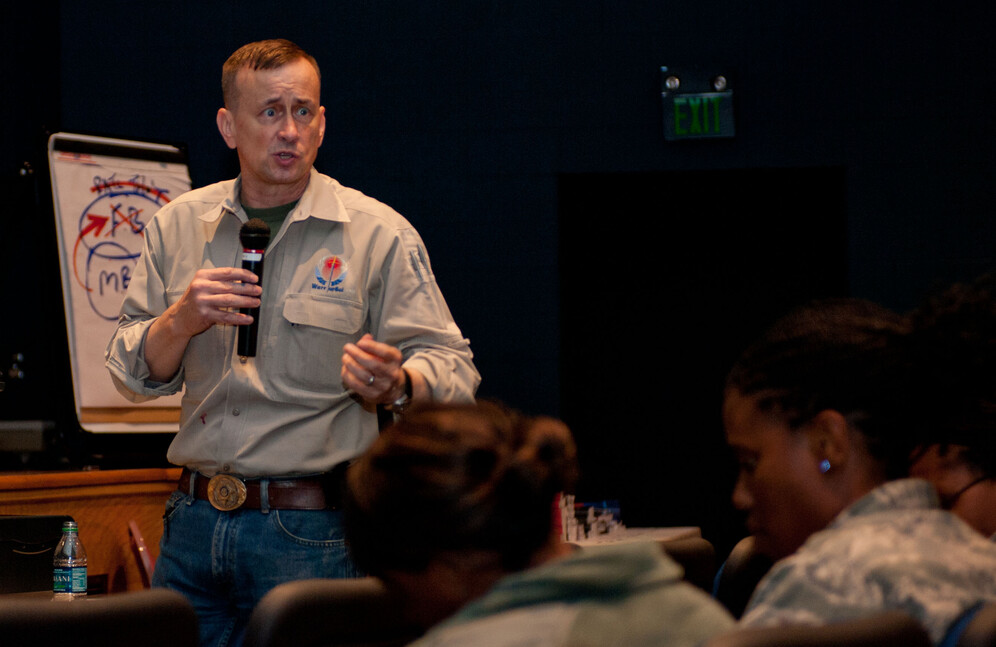 In Craig Atkinson's documentary Do Not Resist, the militarisation of local police forces in the wake of 9/11 and Ferguson protests, Grossman is filmed pronouncing sacramental words: "We are at war, and you're the frontline troops in this war".

While some police departments are trying to embrace a different approach to policing using a "guardian" rather than a "warrior" mentality, with riot gear, tear gas, rubber bullets and military vehicles on the inventory of modern-day police departments, it definitely looks like the US police are ready to go to war with the communities they should ideally serve and protect.