Are China and the USA headed for war?
Top-5 ‘toxic’ documentaries inspired by 2018's word of the year

‘I never thought I’d be so happy about being deported’: An RTD crew finally back after a 2 week bureaucratic ordeal in Nigeria

An RTD crew has returned to Moscow from Nigeria where they spent nearly two weeks trapped in a quagmire of bureaucracy . The local immigration service seized their documents at one point, forcing the group to stop filming and seek refuge at the Russian embassy in the capital, Abuja.

“I never thought it was possible to be so happy about being deported,” said director, Natalia Karachkova who travelled to Nigeria with cameraman, Dmitry Tararako on November 4, to shoot a documentary on the devastating effects of oil production in the Niger Delta where production is mostly in the hands of energy behemoths such as Royal Dutch Shell.

However, on the second day of filming in the southern city of Yenagoa, the group was confronted by an immigration service official who took their passports, allegedly “to take pictures of [their] visas”. Instead, the crew was kept in the dark about the fate of their passports and their status for another few days until they were eventually sent to Abuja. 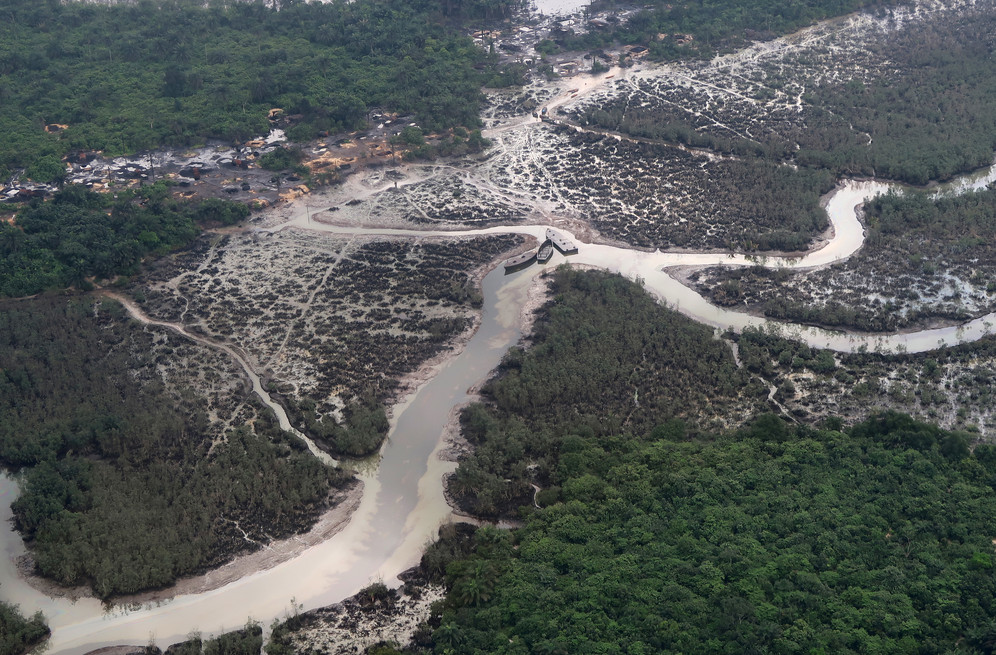 An overview of the Niger delta where signs of oil spills can be seen in the water in Port Harcourt, Nigeria. © Ron Bousso / Reuters

Shortly after reaching the capital, the two were taken in by the Russian embassy out of fear that they might be persecuted and arrested. “Every time we thought we’d get our passports, and every time they came up with more questions” Natalia described their visits to the immigration office, accompanied by the Russian consul, and added “we figured that they were really trying to pin espionage charges on us”.

Twelve days after their passports were taken; the crew was finally allowed to leave the country in what seemed more like a deportation. They only had their passports returned once they'd boarded a plane to Turkey.

“It could have been an attempt to extract a bribe, which grew into this espionage story. Or it could have been an order from higher up: ‘don’t let them film anything that would hurt the corporations’. We wanted to interview people who are suing the oil giants, and somebody may have had a problem with that,” Natalia said.

Although the crew filmed much less than they had hoped, Natalia and Dmitry remain certain that the documentary will still be made. “It just gave us another angle”, said a smiling Natalia.