How a Soviet woman bought a tank and avenged the death of her husband during WWII
China vs COVID: Game, Set, Match…

Law on Mars? Why Elon Musk is writing the Red Planet’s constitution

There is a law on Mars but there’s no one there able to ensure they’re obeyed. International treaties set the rules for space and how nations should act on Mars and beyond. However, the treaties say nothing about private companies, like SpaceX, which is looking to start commercial flights and open space for civil exploration. While the space law bodies are keeping their eyes shut, Elon Musk’s tech-giant, SpaceX says it’s writing its constitution for Mars and doesn’t intend to comply with treaties signed by the US, when it comes to the Red Planet.

The controversy recently made headlines after internet users found the company proclaiming the ‘independence’ of Mars in terms of service for its latest product. So, will this 'law on Mars' idea by SpaceX work, or is it just an advertising hoax?

The approach that no Earth rules must be followed on Mars was determined by the terms and services for Starlink, SpaceX’s internet satellite constellation.

This telescopic close-up of the Starlink-7 release, shows how Starlinks are released into 2 lanes. This result is from a re-frame-selection, showing one of the sharpest frames and we even can see the individual shapes and even some detail in the Starlinks. @SpaceXStarlink @SpaceX pic.twitter.com/71yriCgrAU

Starlink began being created in May 2019. The satellite system is designed to be used to provide internet to future colonies. Soon, it’s promised to offer high downloading speeds at low latency to anyone on Earth with a sky view. In late October the beta version, called ‘Better than nothing’ was released, offering broadband from 50 to 150 megabits per second. Even before finishing on Earth, the Starlink terms of service did mention service provision on the Moon and Mars. Section nine of the terms state that SpaceX will follow the law of California, providing the web around the Earth and Moon.

But when it comes to Mars, the story changes.

“For Services provided on Mars, or in transit to Mars via Starship or other colonisation spacecraft, the parties recognise Mars as a free planet and that no Earth-based government has authority or sovereignty over Martian activities. Accordingly, disputes will be settled through self-governing principles, established in good faith, at the time of Martian settlement.” 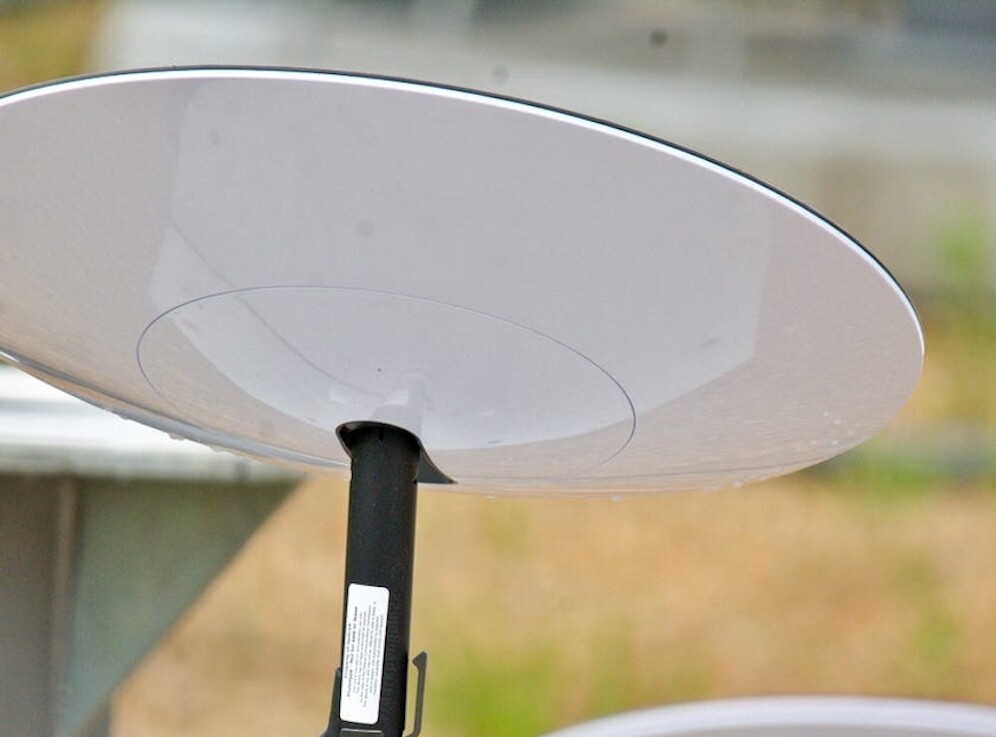 In late October the beta version, called ‘Better than nothing’ was released, offering broadband from 50 to 150 megabits per second / John J Stone / Facebook

However, it is still a question, whether Mars should be free from Earth’s order. The current international laws only allow space activity supported by a national space programme. The rules say the establishment of a space station and the area required for its operation should be notified to the Secretary-General of the United Nations. However, SpaceX claims, the company will reject any regulation from Earth, as soon as its rockets reach the "free" Red Planet. 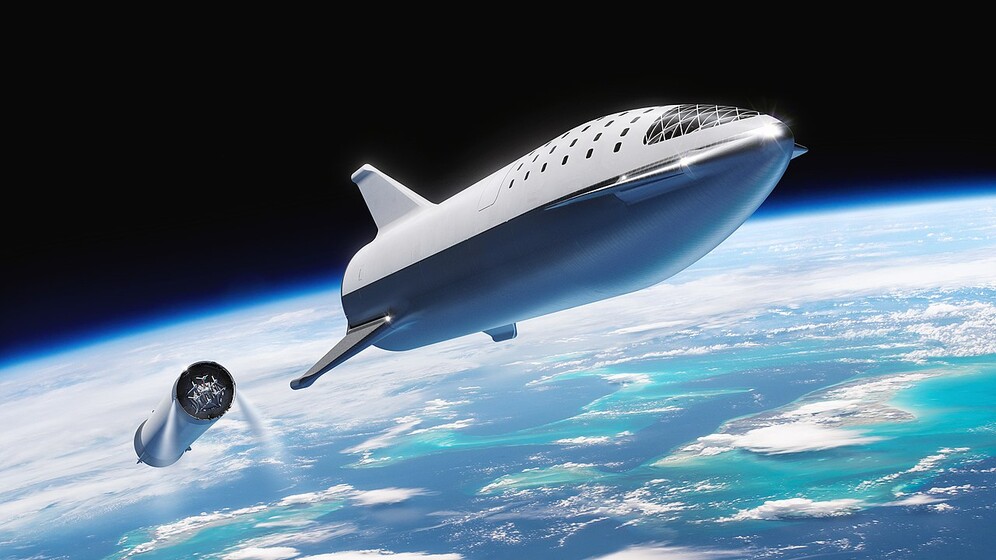 Musk wants to use the new reusable SpaceX rocket Starship, which can carry up to a hundred people per flight and transport building materials / SpaceX via Flickr

Elon Musk plans to get there first and be the one who establishes his own rules by first-come. He wants to use the new reusable SpaceX rocket Starship, which can carry up to a hundred people per flight and transport building materials.

Musk has been voicing the idea of Mars colonisation for some time. The company’s biggest ambition is to send the first colonists to Mars by 2050. But by which law the colonists would abide by is still unclear, as the current law framework says nothing about colonies. Elon Musk’s solution is to impose SpaceX’s 'own legal regime' on Mars and to form a self-sustaining settlement, free of regulation from Earth.

Supporting the creation of a permanent, self-sustaining human presence on Mars. https://t.co/kCtBLPbSg8 pic.twitter.com/ra6hKsrOcG

As of March 2018, he commented on the first government he’d like to see there. Musk predicted the first Martian city would operate on a kind of direct democracy, similar to the representative system which appeared in the early United States.

“Everyone votes on every issue and that’s how it goes,” Musk says. “There’s a few things I’d recommend. Keep laws short. […] Something suspicious is going on if there’s long laws.”

A bright idea, or just a hoax advert?

Erwan Beavois, who works on Earth observation image processing for CNES laboratory and coordination of autonomous flying robots in ONERA, says the SpaceX rules are in accordance with the declaration by the Earthlight Foundation, a non-profit organisation, aimed at the expansion of humanity beyond Earth. It says:

“It is the Inalienable Right of all Human (and sentient) beings to go any place in the universe; To do anything they choose to do, To use any resources they may find, to own the land or space on or within which they live.”

However, to some, the claims that Mars is a "free planet" shouldn’t be left unnoticed by space lawyers. The Outer Space Treaty (OST), signed by the US in 1967, requires the signed states to conduct space activity "in accordance with international law" and any space objects, registered in the US, as well as the spacecraft crew, are under the jurisdiction of the US government, as a State Party to the Treaty. 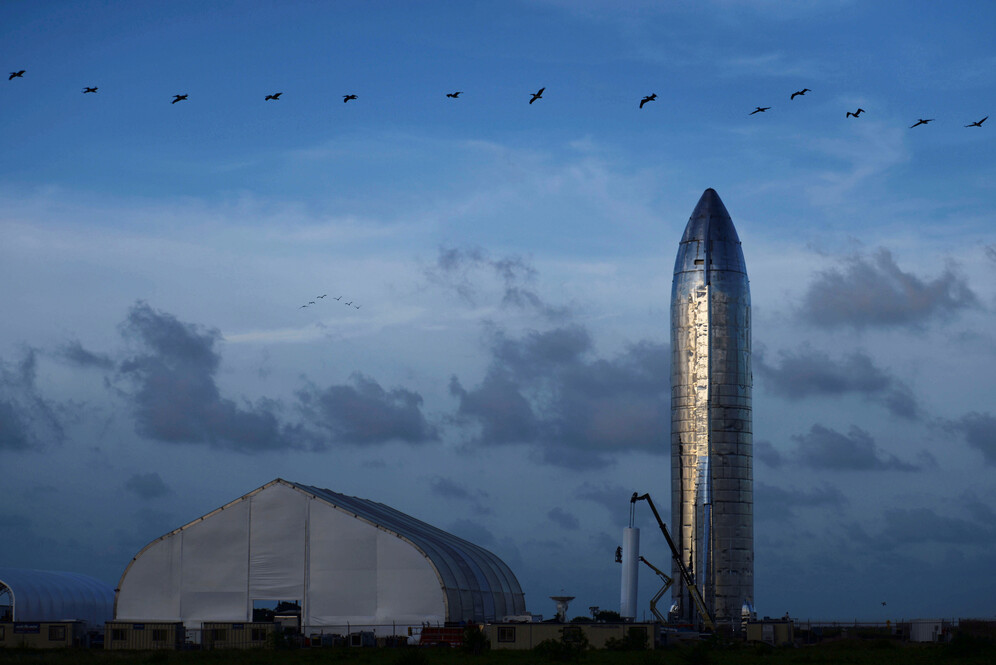 A prototype of SpaceX's Starship spacecraft in Boca Chica, Texas US / Photo by Callaghan O'Hare / Reuters

It means that as long as the treaty is valid, the US government would have to control any SpaceX activity on Mars or any other planet in space, despite any claims SpaceX made. In the meantime, SpaceX General Counsel David Anderman tells Law360 he’s drafting a constitution for Mars. But indeed, to get the international community to recognise the 'Musk’s free Mars', SpaceX would have to undertake a tough diplomatic campaign, according to Frans von der Dunk, a leading expert on space law at the Nebraska College of Law.

“You can come up with lots of interesting examples of people trying to call themselves a state and not being recognised,” von der Dunk told Business Insider.
International space law still considers space as a global commons, and any commercial activity should occur with international oversight / Reuters

International space law still considers space as a global commons, and any commercial activity should occur with international oversight. Things started to change under President Donald Trump, who vowed to reassert the US mission as the dominant space power. This Summer, NASA released the 'Artemis Accords', named after its Artemis Programme, aimed at returning crewed missions to the moon by 2024. The accord is seen to set the principles of civil space exploration and support corporate exploitation of lunar and asteroid resources. So far besides the US, Australia, Canada, Italy, Japan, Luxembourg, the United Arab Emirates (UAE), the United Kingdom (UK), and Ukraine have signed the agreements, while Russia and China abstained. Russian officials have denounced Trump’s executive order as an attempt to "expropriate space" and "seize territory".