The Albanian women who renounced femininity to become virtual males 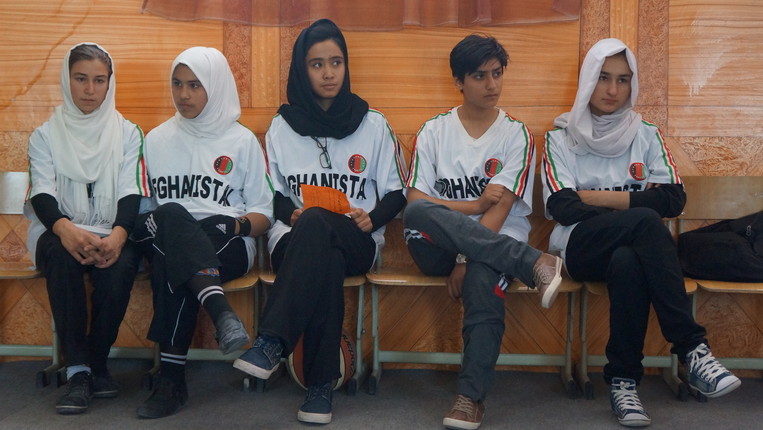 Disowning the gender you were born with is a drastic and life-changing decision. For centuries, Albanian women have done just that. If a family runs out of men, one of the women can take on the male role, and become head of the family, swearing to live a celibate life. In Albania, they’re known as burrnesha, or sworn virgins.

To become a burrnesha, a young girl must be a virgin and take an oath of celibacy. In doing so, she becomes an ‘honorary man’ and has all the rights of a man in Albania’s traditionally patriarchal society. The practice is part of a medieval code of honour, called Kanun, that regulates, and still dictates, life in some of the country's more remote areas. The Kanun code defined the roles and responsibilities of men and women, as well as governing the rules of vengeance killings.

The practice is part of a medieval code of honour, called Kanun, that regulates, and still dictates, life in some of the country's more remote areas.

Once a burrnesha, there is no going back; no marriage, and no chance of having children, any violation is, in theory at least, punishable by death. Centuries ago, they were common, as families were devastated by blood feuds but now, the practice is rare, and an RTD documentary crew set out to find some of the last remaining sworn virgins in the remote mountains of the country.

After what felt at times like a fruitless search, the RTD team discovers Nadire. She became a burrnesha at 13 when her brother died. She accepted her new position and has lived her life doing all the things expected of a man. Nadire worked as a manual labourer in the village, she smokes and drinks raki, just like the men. Now she is older, and tends the garden and maintains her home to keep busy.

The burrnesha tradition has a rural background, so it’s unusual to find a sworn virgin in a big town. Diana Rakipi is a former customs officer and became her family’s burrnesha after her brother's death. As a woman, Diana was elegant with long dark hair but decided to cut it short like a man. Now she visits a barber rather than a beauty salon for a haircut. There are only a few burrneshas left in Albania, most know of each other, and some are friends.

Bedri Gosteroni works as a taxi driver; she became a burrnesha when her brother died.

Bedri Gosteroni lives close to the border with Kosovo and works as a taxi driver earning a living to support her brother’s wife and her nieces and nephews. She’s reluctant to talk to the RTD team, and midway through the interview, after a word in her ear from a neighbour, asks for more money before saying more. Going back on her agreement, she ends the conversation abruptly, gets in her taxi and drives off, never to be seen again. This unexpected turn of events leaves the documentary team with a headache, and they have to dig deeper to find the reclusive burrneshas. 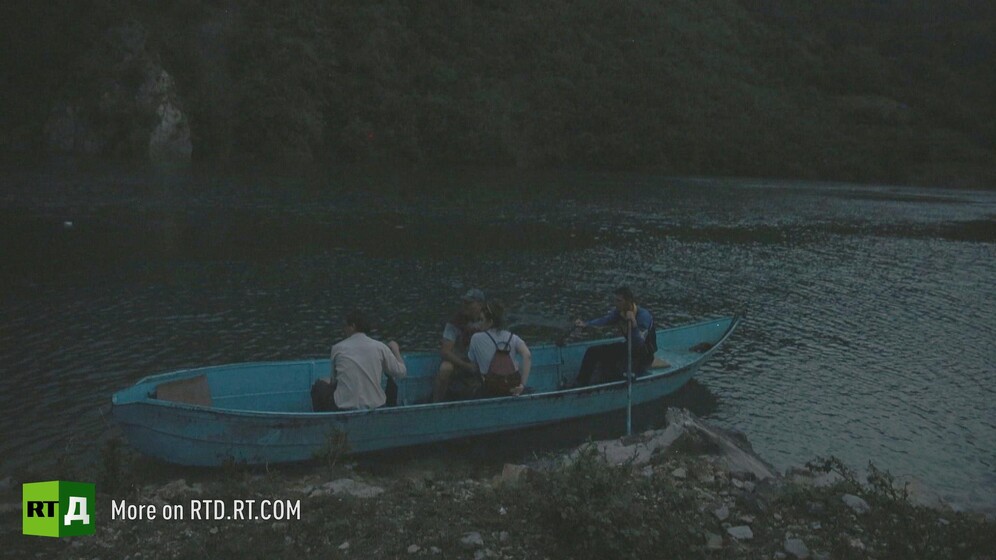 The RTD team using a boat to cross a river to get to elderly burrnesha's hard-to-reach home.

Blood feuds are still part of Albanian life, and in the remote mountain area, there is even a reconciliation service. Luckily for the team, we discovered the head of the service knew of a burrnesha living high in the mountains, and we set out to find her. The long journey took us off the beaten track, and as night fell, we had to use boats to cross a river and eventually, reach the remote home of Prend Pepjoni.

Prend Pepjoni tends to her fields and looks after chickens and pigs on her smallholding.

After her three brothers tragically died, it was up to Prend to take on the mantle of man-of-the-house. She devoted her life to being a sworn virgin and looking after the family. With no male heirs in the family, Prend was desperate and even tried to get her father to remarry and have a son. The family even went as far as having the parents divorce, so her father could legally remarry, even though they all continued to live under the same roof.

All of the burrnesha interviewed in the documentary are elderly and swore their virginal oaths at least 40 years ago when the country was still a communist state. These could well be among Albania's last burrneshas as the practice has all but died out in the years following the overthrow of the communist dictatorship.