Household spies: Are you paranoid, or is your robotic vacuum cleaner spying on you?
The Kremlin’s prettiest weapon: How a famous Soviet model ended up in a psych ward

IIt’s been over 20 years since David Fincher’s movie Fight Club, but it still has millions of followers around the world embracing the idea. The film is based on Chuck Palahniuk’s novel of the same name. It tells the story of American men seeking self-discovery in a ‘commodity ruled society’, who created an underground fight club where members fought one another, driven by the idea of reinstating their manhood.

The idea itself became a ‘dangerous product’, as it inspired many to create brawling clubs across the US and around the world. 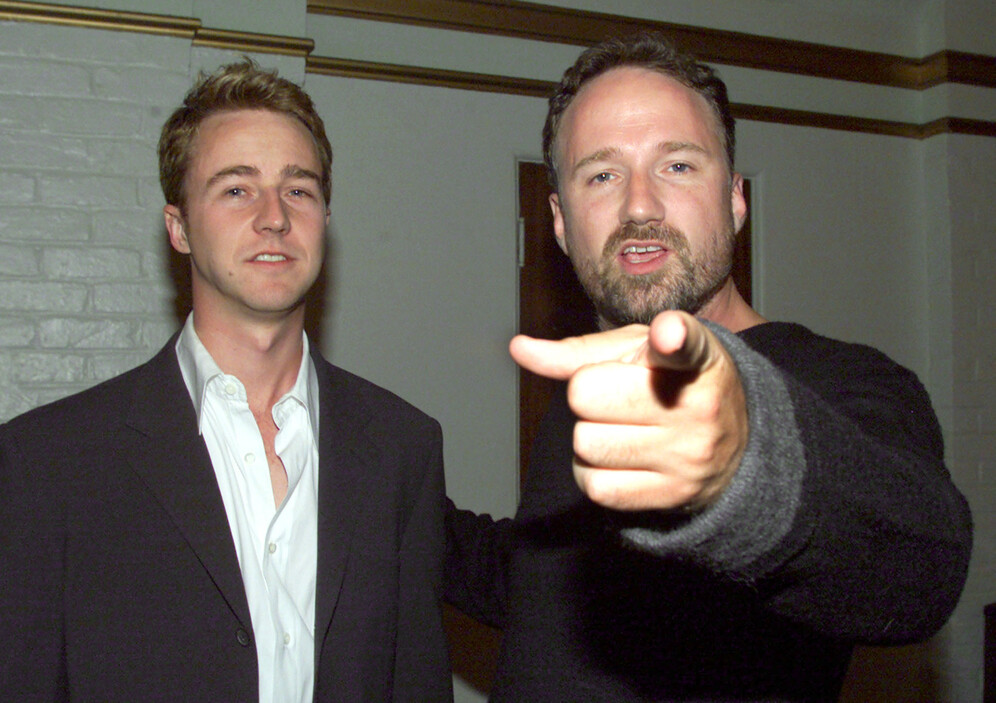 When released in 1999, the movie starring Brad Pitt and Edward Norton was slammed by critics. While some called the film ‘fascist’, others found it ‘anti-capitalistic’ and ‘legitimating dehumanising forms of violence as a source of pleasure and sociality’.

Fincher said he was creating “satire” and that many “don’t get that.” He pointed out that “Fight Club is about moving through modern disconnected society.” Poorly-placed advertising made things even worse. The film’s distributor, 20th Century Fox, marketed ‘Fight Club’ mostly on the World Wrestling Federation’s programming, whose viewers found the film too “homoerotic”.

Only after the film was released on DVD the following year did ‘Fight Club’ earn millions of fans, selling 13 million copies during the following decade.
Enthusiasts across the US got hooked on the idea of a Fight Club, starting an epidemic of illegal communities with men and women getting together for no-rules, and often bear-knuckle, fights. Despite the underground fights being illegal, they still attract lots of spectators, who usually pay to watch. 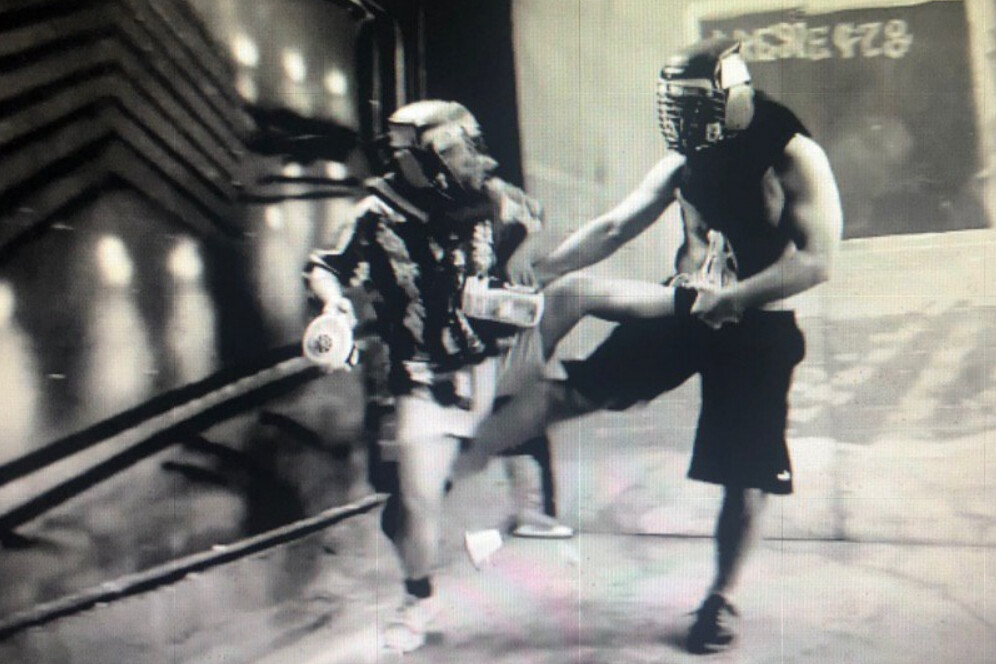 Together with fellow techies, he engaged in one-to-one battles / Screenshot from California Is a Place: Uppercut (2011)

“In Silicon Valley, we have the highest concentration of aggressive people in the United States,” says Gints Klimanis, a software engineer and martial arts instructor, who founded the Gentleman’s Fighting Club in his garage in California in 2000.

Together with fellow techies, he engaged in one-to-one battles. Any objects from sticks and chairs to keyboards were allowed in the fights.

Initially inspired by the Fight Club movie, Klimanis became a film hero in his own right. His idea attracted Drea Cooper and Zackary Canepari, who directed ‘Uppercut’  a documentary chronicling the club.

It’s started with street fights and has moved to indoor boxing rings keeping the same simple rules: No kicking, biting or shots below the belt / RUMBLE IN THE BRONX FIGHT CLUB (Instagram)

The first real-life fight clubs were kept secret, and newcomers could only join by invitation. But that didn’t last long, before fast progressing communication technology allowed underground communities to upload and even live-stream fights to a broader range of internet users than ever before.

It’s started with street fights and has moved to indoor boxing rings keeping the same simple rules: No kicking, biting or shots below the belt. “It’s a place to kill beef and release aggressions,” says the founder of ‘Rumble in the Bronx’ Killa Mike. He started as a fighter in another fighting club ‘BX Fight Club’. And after it stopped holding events, he created ‘Rumble in the Bronx’. Since 2015, segments run by Vice Sport about ‘BX Fight Club’ gained more than a million and a half views on YouTube. 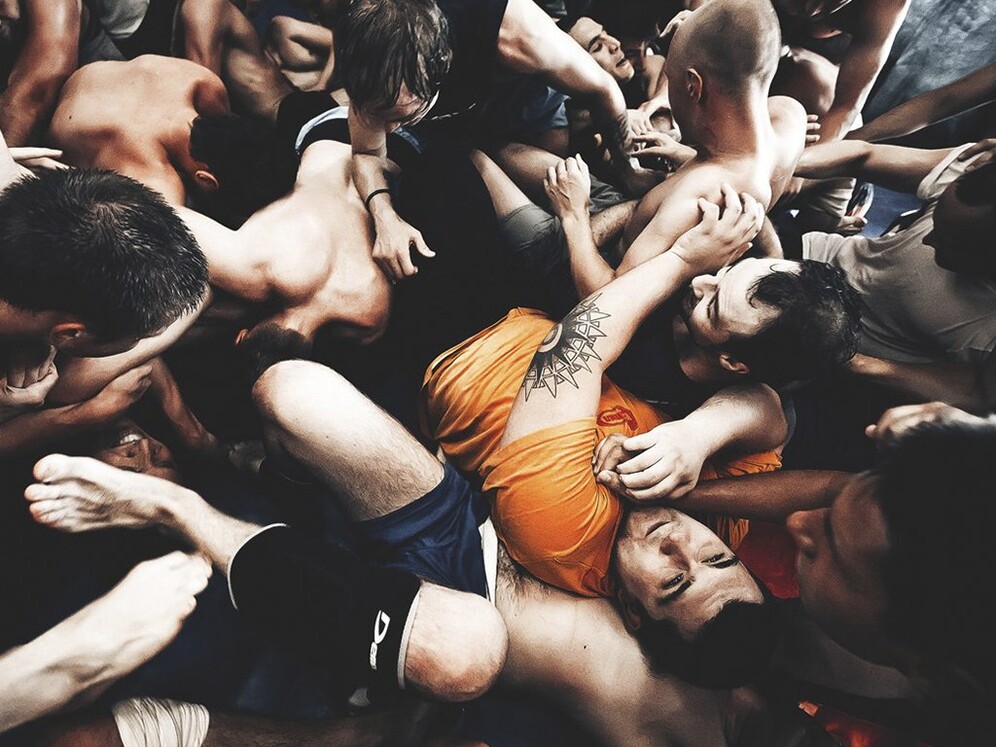 Sparta’s so-called ‘unique’ method is based on both psychological and physical training that can virtually put a professional sportsman in between life and death / Photo from spartanofear.com

From New York to Moscow, real-life fight clubs exist all around the world.
What started as an idea opposing consumerism became a commodity in and of itself. Social media is openly used for advertising membership, fighting courses, or personal coaching. At the time when everything seems to have a price, the underground market is ready to offer you anything from adulation for winning to the possibility of permanent disability if defeated.

One day at a Russian fighting club ended in tragedy. Roman Kaplan, the 44-year-old father of two, had been promised he’d become ‘a real man’ in just three days. But it never happened. Roman’s heart stopped during an exercise in one of Russia’s famed underground fight clubs. One of them attracted new members from all across Russia by posting YouTube videos where its coaches told newcomers how they’ll change your life. Former attendees say the price of the three-day course it’s slightly over $250. The fight club's so-called ‘unique’ method is based on both psychological and physical training that can virtually put a professional sportsman in between life and death. 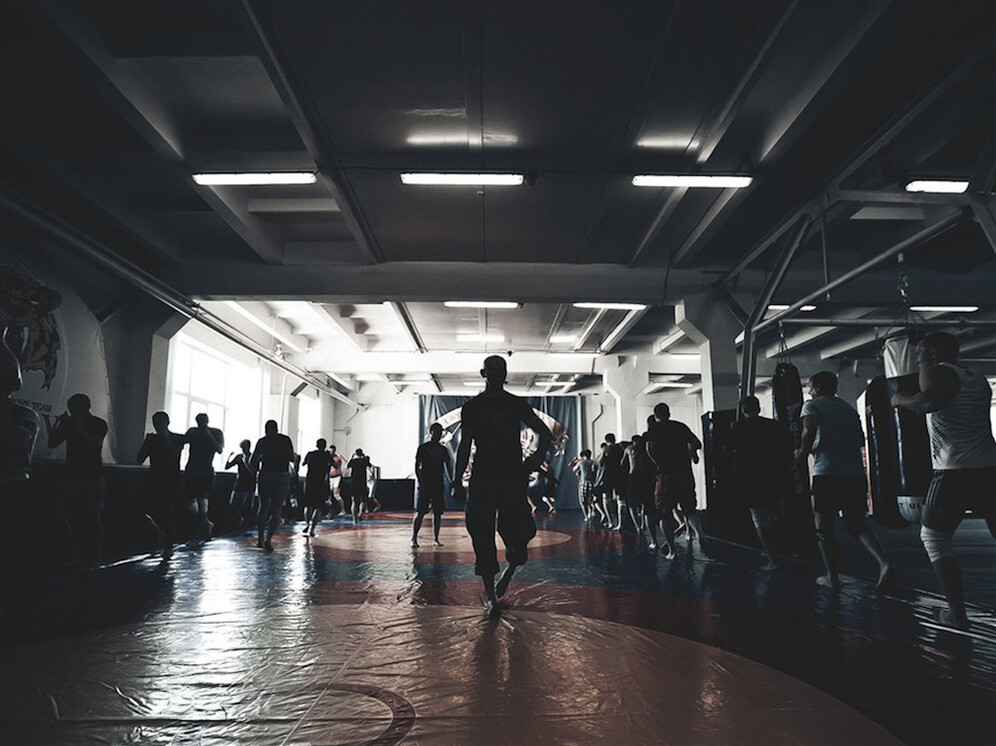 Falling first means surrender, and the participant is ‘not a man’ / Photo from spartanofear.com

An exhausting work-out is followed by a no-rules fight, leaving no time for the body to recover. The first challenge is a plank exercise. Traditionally the plank is for strengthening almost all the body’s muscles, with the whole weight borne on the forearms or elbows in a push-up-like position for a time, which is gradually increased. At Sparta, this exercise is conducted in an incredibly difficult manner. A group of trainees stands and solo fist until the first falls.

Falling first means surrender, and the participant is ‘not a man’. In the case of Roman’s heart, the exercise was too much. His mother Galina Zhelannaya was called by the head of the club. He said her son would never return home as his heart stopped during the first exercise. Since the incident in 2016, nobody has been arrested, and the family has received no compensation. This is not the only case when ‘becoming a man’ cost men their health with some left disabled, with years of  medical treatment. 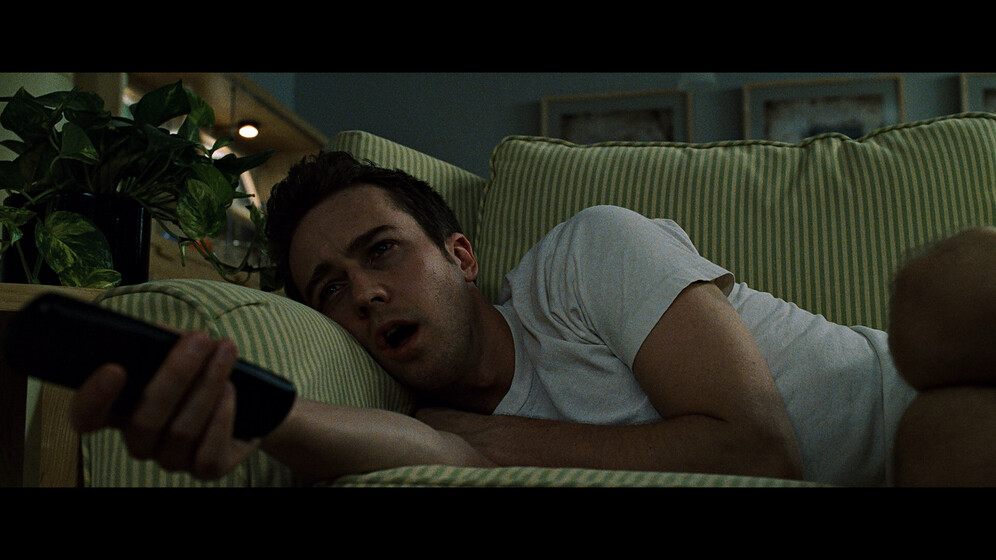 We’re consumers. We are by-products of a lifestyle obsession. Murder, crime, poverty, these things don’t concern me. What concerns me are celebrity magazines, television with 500 channels, some guy’s name on my underwear. Rogaine, Viagra, Olestra...
'Fight Club', Chuck Palahniuk

The life coaching industry is booming as more people are looking to expand their abilities. People want to become better at work, art, relationship, and sex. The progress of global technology requires us to be more creative and open-minded, continually seeking the ‘better you’.
But isn’t that the very point which Fight Club opposes? The idea of using violence as a way to clean up the mind and stop ‘spinning the hamster wheel’ has become yet another life coaching strategy. Trying to imitate the Fight Club, people turned it into a commodity, the desired lifestyle, which would allow achieving something more than a ‘better you’ at work - ‘an enlightened you’. Maybe it has never been about the means, but the goals? And the next time you think of achieving ‘a complete you’ by putting your life at risk, think of this phrase one more time.

This is your life, and it’s ending one minute at a time.
'Fight Club', Chuck Palahniuk