It took twelve vaping-related deaths and more than 800 cases of life-threatening pulmonary diseases across the United States (as reported by Centers for Disease Control and Prevention) for legislators to take a long hard look at e-cigarettes and vaping devices. Until recently, these products remained virtually unregulated.

Earlier this month, US President Donald Trump proposed a ban on flavoured vaping products in an attempt to prevent young people from taking up the potentially harmful habit. The reason behind such drastic action, aimed specifically at flavoured products, is easy to explain: the overwhelming majority of underage vapers are drawn to ‘adventurous’ flavours, such as fruit, candy and mint, rather than unflavoured varieties. Inadvertently, teenagers and children, who had not previously been tobacco smokers, fell victims to the nicotine-fueled epidemic. For many of them, vaping becomes a gateway to actual smoking.

“We can’t have our youth be so affected,” said Trump in the Oval Office. On the same day, First Lady Melania Trump tweeted that she was “deeply concerned about the growing epidemic of e-cigarette use in our children.”

Various vaping devices have been on the international market for more than a decade now. They were ostensibly designed to help adult cigarette smokers to kick the habit. Indeed, traditional cigarette smoking has recently been on the decline. However, the FDA (Food and Drug Administration) has revealed data showing a 78 per cent jump in high schooler e-cigarette use. 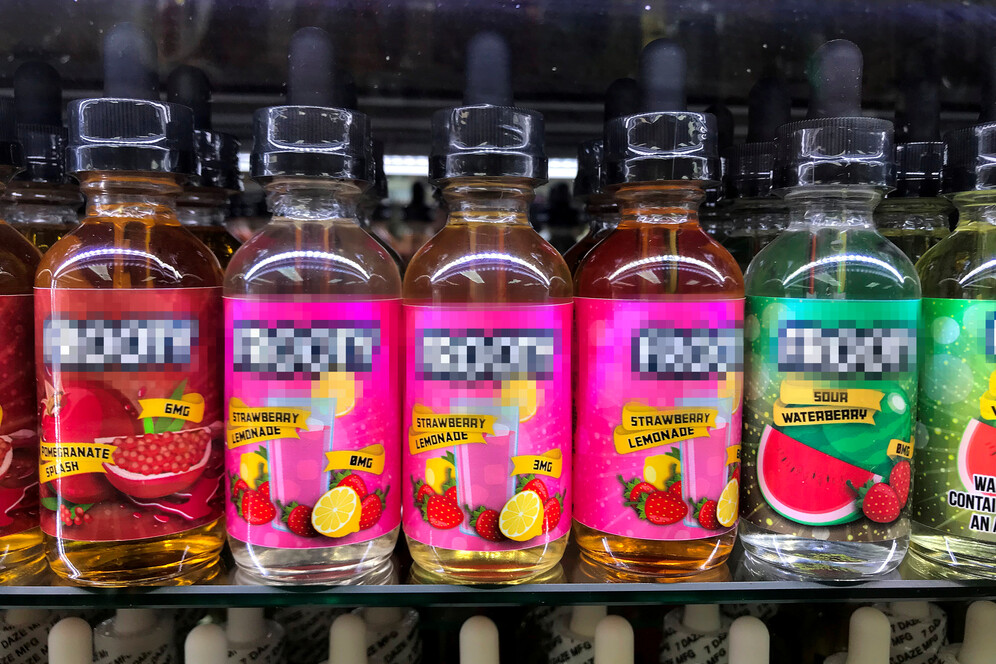 Vaping liquids are on display in a window at a store in the Manhattan borough of New York. © Carlo Allegri / Reuters

Initially, the FDA had no way of regulating them, as they are neither food, nor drug, nor medical device. E-cigarettes fell into a regulatory grey area. In 2016, they were lumped in with tobacco products because they contain nicotine and, have since been regulated accordingly.

This confusion over the status and safety of e-cigarettes is not a phenomenon unique to the US. In many countries, such as Japan, Brazil, Singapore, Uruguay and India, they are banned altogether, while in other countries their legal status is being reviewed. In the meantime, Public Health England (PHE) maintains that vaping is 95% safer than tobacco smoking and welcomes e-cigarettes as an aid for people trying to quit tobacco. That's despite the products containing various dangerous substances, including heavy metals and formaldehyde. However, the current debate in the US revolves around e-cigarettes overtly appealing to younger people, rather than their relative harm compared to tobacco smoking.

JUUL is the dominant e-cigarette brand in the US market. The company recently came under fire for deliberately targeting teenagers by advertising their product as a safer alternative to smoking and even delivering product presentations in schools. Plus, JUUL offers devices whose sleek and modern design, resembling a USB-drive, appeals to a tech-savvy younger generation. Another “cool factor” for kids is that e-cigarettes, unlike real ones, are very easy to conceal. The innocent, chewing-gum-like flavours also make them practically untraceable by parents or teachers.

In the wake of the flavoured e-cigarette ban, JUUL announced it was on board with “the need for aggressive category-wide action on flavoured products,” and would comply with the FDA policy, once adopted. In the meantime, flavoured products will not be allowed to return to the market unless they achieve FDA approval. Only tobacco-flavoured vapes are currently exempt from the new measures. 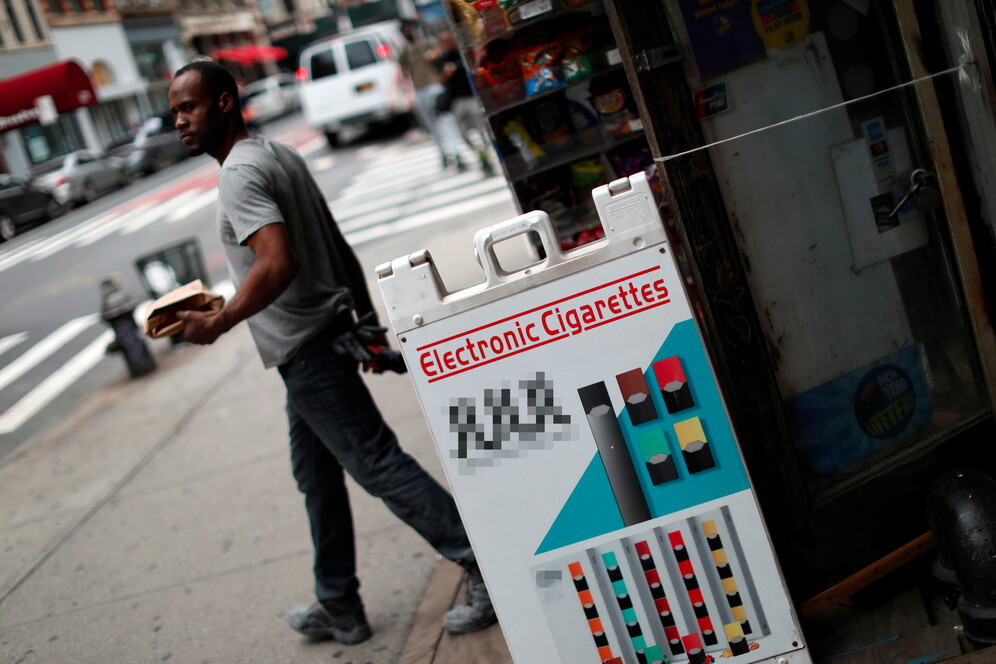 A man walks out of a shop selling vaping products in Manhattan in New York. © Mike Segar / Reuters

Just a day after Trump’s announcement, British American Tobacco (BAT) confirmed plans to cut 2,300 jobs in the traditional cigarette sector by 2020 to save money and invest in alternative products - such as vaping and heated tobacco. Philip Morris International (PMI), has long been marketing its “heat-not-burn” tobacco product under the IQOS brand, which stands for, “I Quit Ordinary Smoking”. In April of this year, PMI won FDA approval to market IQOS in the United States. The company reportedly spent $2.1 million in the third quarter of last year to lobby for the status of “modified risk tobacco product”. A designation that allows them to market their product as a safer alternative to cigarettes.

Several observers have been inclined to wonder if the newly ignited health debate might, possibly, have been inspired by tobacco giants competing for a stake in the growing alternative smoking product market. Since vaping became the most significant disruptor of traditional cigarette sales, upon which those companies still heavily rely for their profits. Could they have decided to focus their efforts on cutting the market share enjoyed by current vaping product manufacturers, by introducing new alternatives, such as heated tobacco products to 'siphon off' former vapers? Industry observers are keeping their ears to the ground for further developments.