Just like music and dance, fireworks are an integral part of Mexican culture. Virtually no holiday is complete without Catherine-wheels and rockets blasting off and painting their intricate patterns in the night sky. In the city of Tultepec, near the capital, Mexico City, a passion for fireworks flows through the residents' veins.

The city is famous for its pyrotechnics, Tultepec’s most important industry and one with a long tradition dating back 200 years. Most of Mexico's fireworks are made there in small family-run workshops and factories. 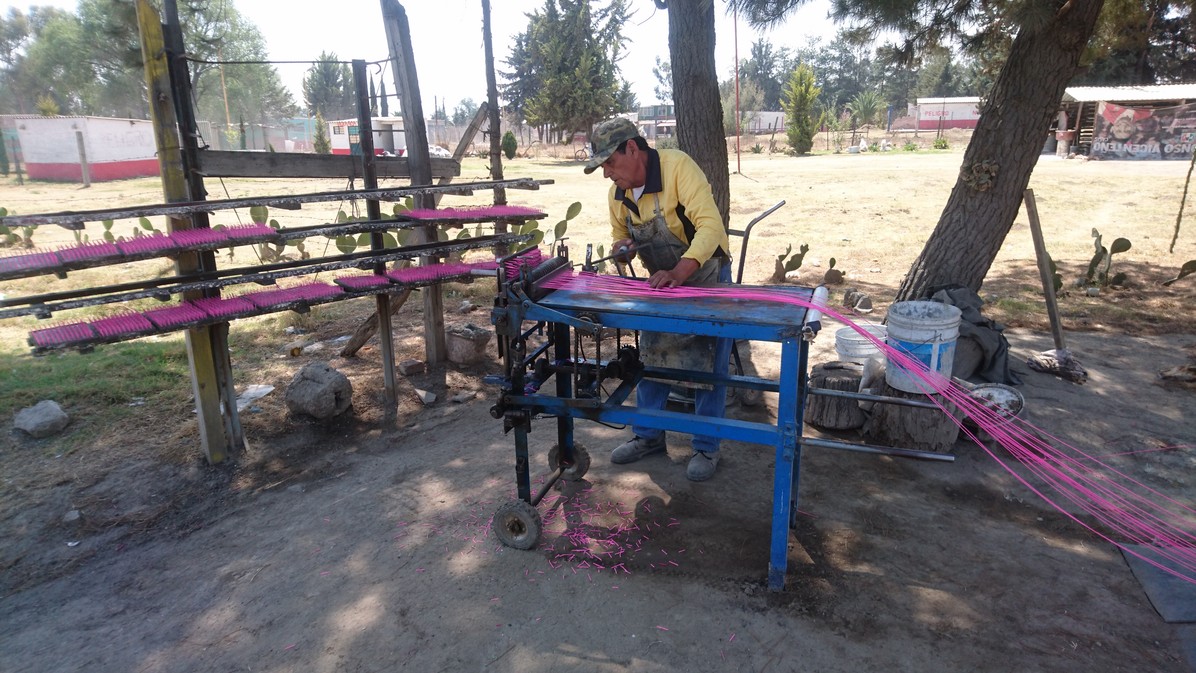 The fireworks business employs nearly everyone in Tultepec. Everything, including fuses and powder blends, is handmade by craftsmen in small workshops. / Mexican Boom Town

The 'Fireworkers' have their own patron saint, St. John of God, whom they honour each year in a fiery fiesta called the National Pyrotechnic Festival. The celebration is a weeklong fair of fireworks, parades, and competitions that attracts locals and tourists from across the world. Teams of fireworks makers compete in the festival’s most spectacular event – a parade of ‘toritos’ (little bulls), or bull-shaped floats, richly adorned with a collection of incendiary decorations! 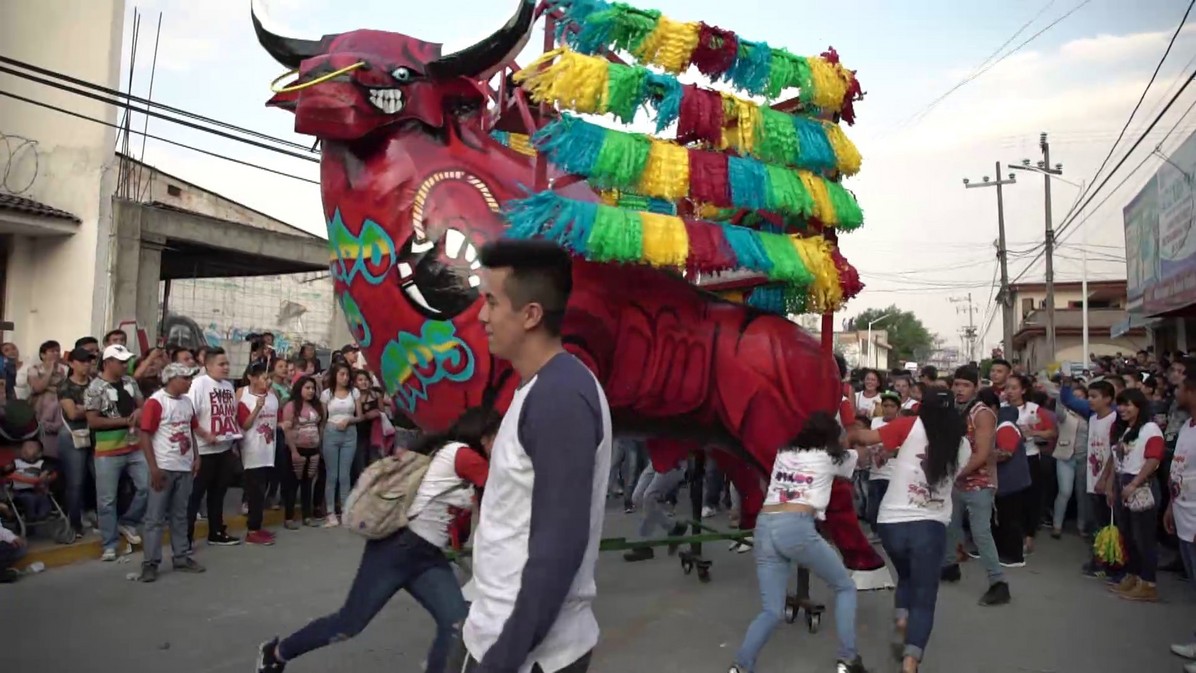 Locals see the handmade ‘bulls’ as offerings to their patron saint, St. John of God, in thanks for watching over them throughout the year. / Mexican Boom Town

The townsfolk work for months, using wood, wire, and papier mache to build their bovine creations. The structures are brightly painted with colourful designs inspired by popular Mexican symbols that draw on nature, pop culture, or ancient mythology. 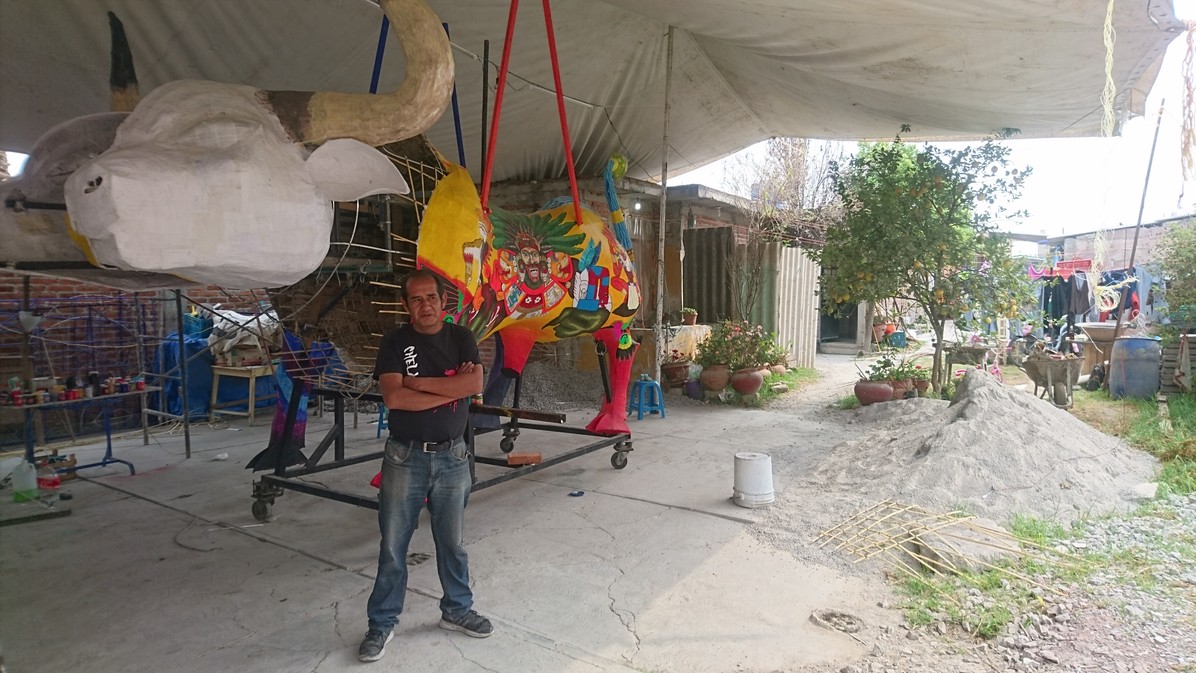 Salvador Sanchez is a fireworks and cardboard figure maker. He and his team have made a total of 16 bulls, one of which took first place. This time, they've chosen the mythological Aztec underworld as their theme. / Mexican Boom Town

However, this artwork isn’t intended to last. The parade is followed by a stunning display, as the explosive ‘bulls’, each one loaded with fireworks, are consumed by fire. Craving an ever greater thrill, many reckless revellers weave their way to the epicentre of the conflagration and dance among the flying firecrackers, rockets and sparks. Protected by hooded sweatshirts, festival-goers often risk severe burns as they dance around the ‘bulls.’ In 2018, more than 500 were injured during the fireworks celebration. / Mexican Boom Town

Meanwhile, ambulances standby with doctors ready to treat scores of onlookers who get just a little too close to the sparks and flames.

While the pyrotechnic festival celebrates the craft and joy of fireworks, it also highlights the danger that constantly looms over Tultepec residents. Deadly incidents in workshops, warehouses and markets rock the city on an almost regular basis.

In the latest episode, 24 people were killed and dozens injured in a series of explosions at a fireworks warehouse. 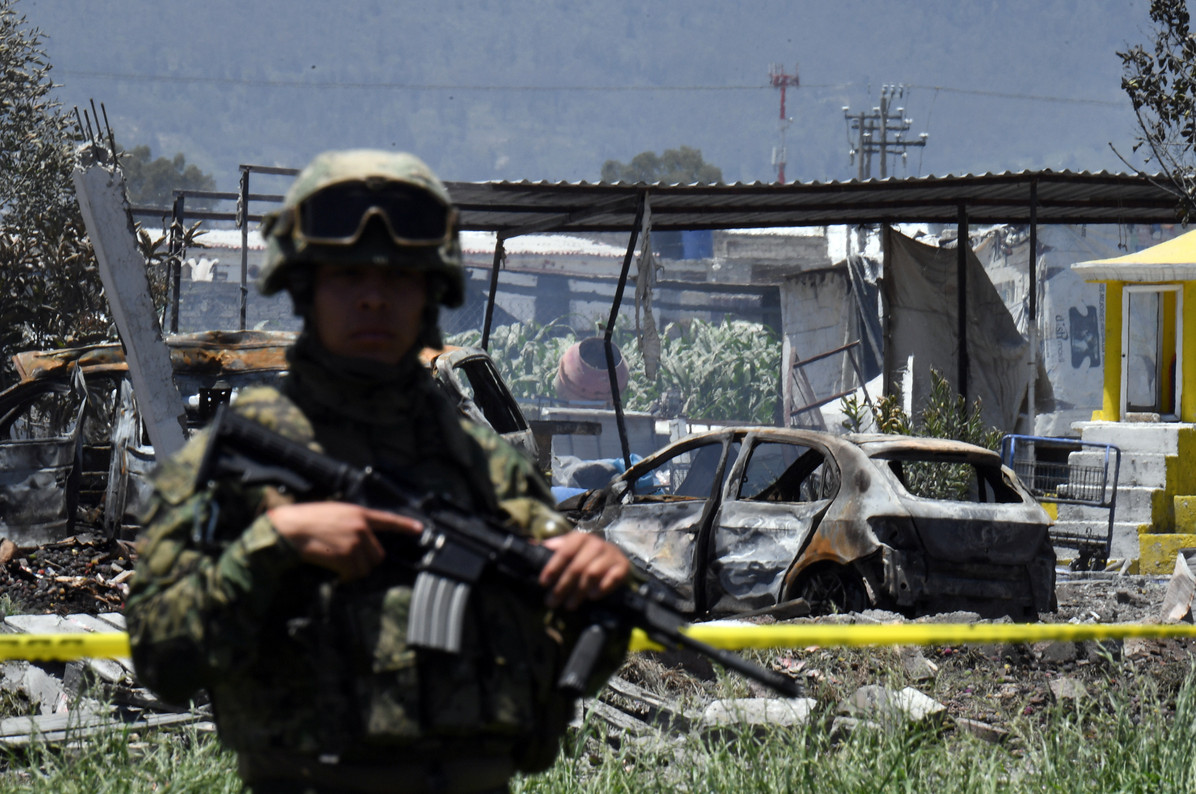 Two explosions at a small fireworks factory left at least 24 people dead, including firefighters and police officers, and another 40 people injured, according to local authorities. © Fernando Ramirez / Global Look Press

Despite explosion after explosion, locals continue to expose themselves to danger. The perilous craft is what “gives us identity,” said Tultepec mayor, Armando Portuguez Fuentes. “We know it is high-risk, we regret this greatly, but unfortunately many people’s livelihoods depend on this activity.” 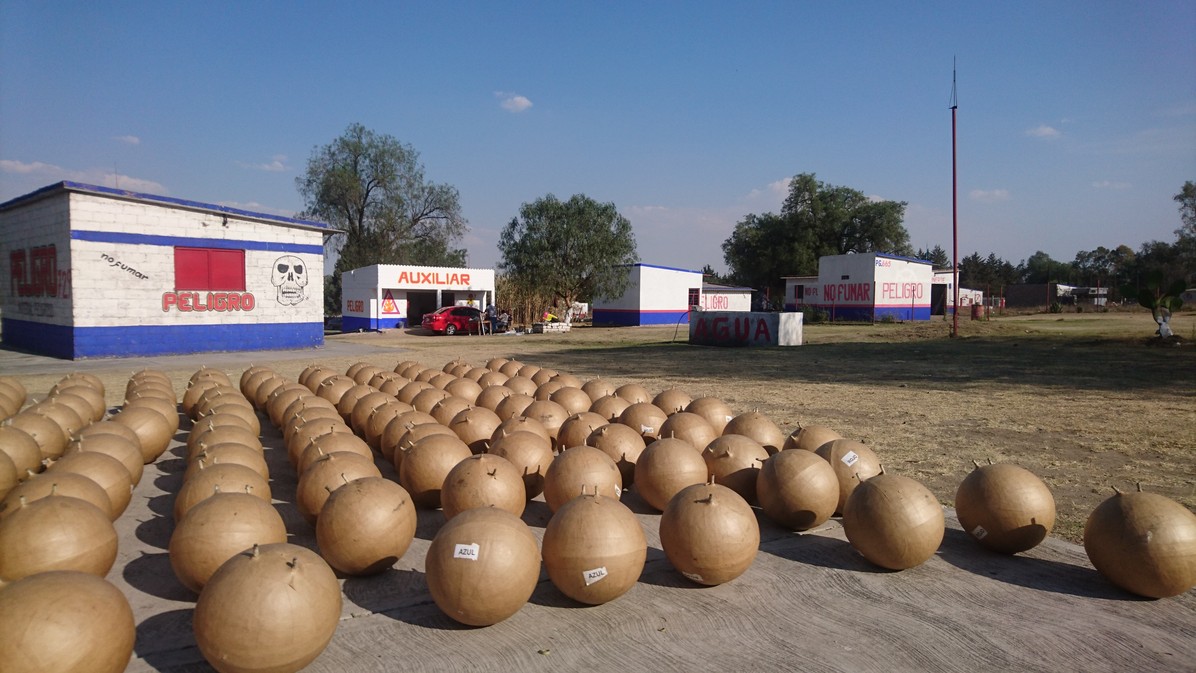 Learn more about the master fireworks makers of Tultepec and see the dazzling revelry of the pyrotechnics festival, from a safe distance of course! Mexican Boom Town , on RTD.