Bunker Bonanza: why the US market for survival shelters is booming and what Trump has to do with it
Sanctuary City, USA: Safe haven or shelter from justice?

A letter from Belmarsh Prison: Julian Assange writes to RTD

WikiLeaks co-founder, Julian Assange has written a letter to RTD from the high-security Belmarsh Prison, where he’s currently languishing after being evicted from the Ecuadorian embassy in London.

“I walk thousands of laps of my cell per day ma(r)king my progress across Europe,” Assange wrote from behind bars. However, as his letter is marked as private, we can't disclose the full contents. It was addressed to correspondent, Konstantin Rozhkov, who wrote to Assange in September while working on a new documentary about the famous whistleblower. 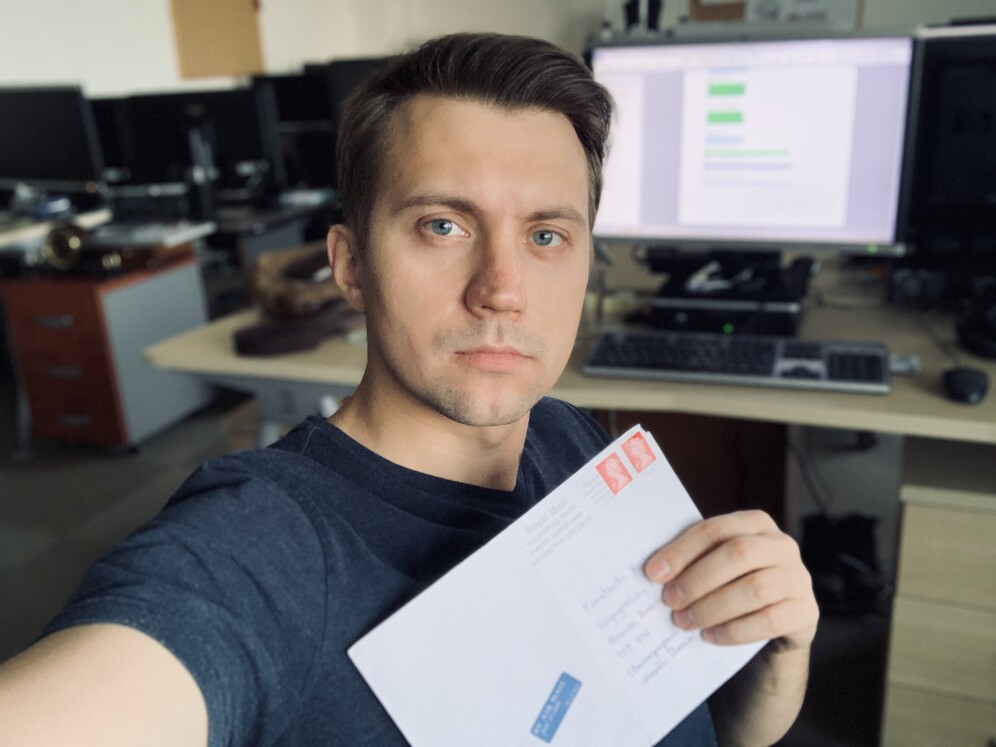 RTD correspondent Konstantin Rozhkov with the letter from Julian Assange.

“He’s bracing himself for the worse – leaving Europe for the US where everything is ready for a dramatic trial,” says Konstantin, reporting his impression after reading the letter. He's also spoken to many others close to Assange, including his father, John Shipton.

Discussing his prison conditions and free time, Assange wrote that he has no internet or telephone access, which hampers his ability to prepare his own defence. Wanted for breaching bail conditions, he was arrested in April this year after Ecuador suddenly withdrew his political asylum. Assange was sentenced to 50 weeks in prison, which he's serving at Belmarsh, a facility that has been dubbed the ‘British Guantanamo’ and is usually reserved for terrorist suspects and other high-profile inmates.

Letters and occasional visits represent the only contact the jailed whistleblower has with the outside world. This week, Swedish prosecutors dropped their rape investigation into Assange that began in 2010. However, the Australian citizen now faces the threat of extradition from Britain to the US.

Following the 2010 publication of a cache of classified US documents on the country’s military activity in Iraq and Afghanistan, Assange faces criminal charges under the Espionage Act. If convicted, he could face up to 175 years in prison. Proceedings are scheduled to start next February. Previously, the UN’s special rapporteur on torture, Nils Melzer, who visited Assange in Belmarsh in May said the jailed whistleblower had suffered “psychological torture”. His father also expressed concern over his son’s deteriorating health. At a court hearing in October, Assange stumbled before stating his name and age, saying he was "unable to think properly”.

While the world knows Julian's name has been cleared in Sweden, he is sitting in a cell in Belmarsh prison, probably unaware of the news. The Prison cancelled all visits today.
Don´t Extradite Assange! pic.twitter.com/WhhIEGZSyA

Stay tuned for the documentary about Julian Assange on RTD.

More stories
GET UPDATES FOR NEW FILMS, EPISODES AND MORE!
New films and series straight to your inbox the day they’re posted!