“Woke” or broke: Why advertisers would rather miss Super Bowl than let their ads backfire?
Douglas Emhoff: The First Second Man in the White House

Mystery That Went Up In Flames: The Disappearance of the Sodder Kids

On Christmas Eve 1945, a mysterious incident took place in the Sodders’ house. After Jenny and George Sodder, along with their nine children, went to bed after a Christmas meal, a fire broke out. While the parents and four of the children managed to escape, it’s believed five siblings died in the fire. But after a while, the couple began to notice signs indicating the missing kids could still be safe. What was it — the key to the mysterious fire or just a desperate attempt by the grieving parents to find comfort in the delusion their sons and daughters were still alive?

It was an ordinary Christmas Eve for a large American family. The Sodders gathered together in their family house in Fayetteville, West Virginia. Only the eldest son was missing — at the time he was away in the army. Nine of his siblings were happily eating a meal prepared by their mother Jennie and looking forward to opening their Christmas presents in the morning.

When it was time for the family to go to bed, five of the Sodder kids — Maurice (14), Martha (12), Louis (10), Jennie (8), and Betty (6) — asked their mother to let them stay up a bit later. Mrs Sodder agreed but reminded the children to turn out the lights and lock the door before going to bed. 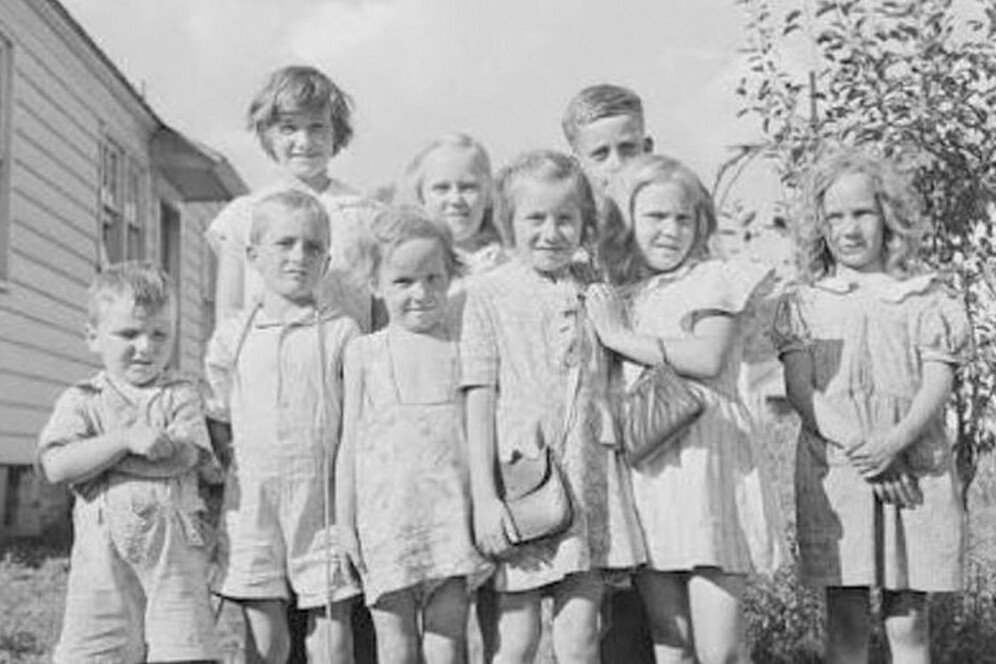 Nine out of ten Sodder children.

Sometime later, when half the family were asleep, the phone rang. Sleepy, Jennie went to the hall to answer it. The call left her puzzled: a female voice asked for someone who never lived in the house. After hanging up, Jennie realised the house was quiet, but the lights were still on, and the door had not been locked. Ms Sodder knew her children pretty well, so she presumed they had forgotten her instructions and went back to bed without a second thought.

At around 1:30 am Mrs Sodder heard a sound like something landing on the roof and then sliding down. Then, she could smell smoke.

Jennie woke her husband, and they quickly left the bedroom only to find the hallway filled with smoke and the stairs in flames. Jennie ran to the first floor to call the firefighters, but, to her great surprise, the landline phone cord was cut. So, they started to shout to get the children out of the house as quickly as possible. The family ran out of the burning house. But a headcount after the narrow escape showed the five late-sleepers were missing.

George Sodder made desperate attempts to save the missing children from the house engulfed in flames, but none was successful. A ladder that always stood by a top-floor window was no longer there. Neither of George’s two trucks started so he couldn’t move them closer to the house and use them as a ladder. All the few escapees could do was watch the fire tear down the house. 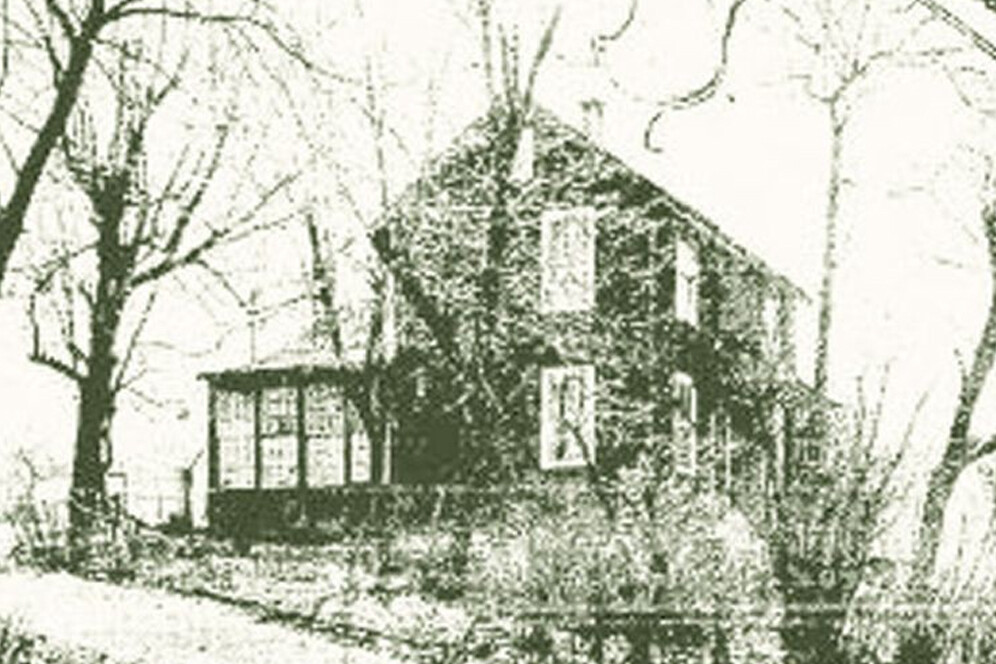 The Sodders still couldn’t get through to the firefighters. In less than an hour, the leaping flames turned their family house to ashes. The fire brigade didn’t arrive until 8 am — hours after the flames were snuffed out. It turned out later that many local firefighters left their posts to spend Christmas with their families. The volunteers and newcomers in charge that night were not prepared to react quickly. Local police weren’t eager to look into the case.

After a cursory investigation, it was determined the five children were killed by the fire caused by faulty wiring. But the Sodders didn’t accept the verdict.

How could the wiring be faulty if it had been renewed not long before the incident? Why were several lights on and working perfectly during the fire? Why didn’t they hear cries or groans of the five missing kids? Jennie and George asked for answers.

The finger of suspicion

The Sodders were one of the most respected middle-class families in Fayetteville. The father, George Sodder, was born in Sardinia, Italy, and emigrated to the US when he was thirteen. Jennie Cipriani, his future wife, also emigrated from Italy in her childhood. After their wedding, the couple settled near Fayetteville, which was home to a large Italian community. When they had kids, George owned a business that, according to the local officials, prospered. Meanwhile, the Sodder family head never really talked about why he had to emigrate. 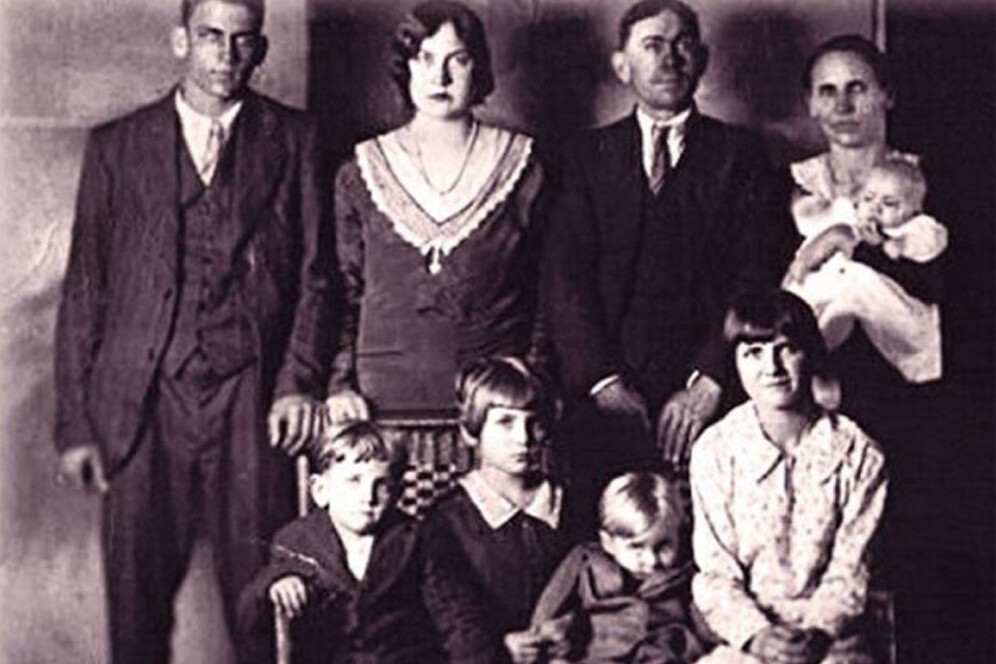 George Sodder had a sharp tongue. Besides, he had strong opinions on political issues and always felt free to express them boldly. In particular, his resentment toward Benito Mussolini led to some bitter disputes with some other immigrant community members. Thus, the family began to wonder if their father’s boldness played Old Harry with them.

Though Mussolini had already been taken down and executed by the time of the mysterious fire, George’s critical remarks might have left a trace.

In October 1945, a man came to the Sodders’ house and persistently tried to sell them family insurance. After getting a categorical refusal, he warned George that his “house will burn with smoke. And your children will be destroyed. You will pay for the dirty remarks you make about Mussolini.”

From vague suspicions to firm conclusions

Newly appearing facts soon backed up the Sodder’s vague suspicions. First, no human remains were found at the fire scene, and no one actually could smell burning clay during the fire or afterwards. Ms Sodder later learned from the local crematorium officials that it took at least two hours for a human skeleton to disintegrate in a fire. But the house burned for less than an hour. Furthermore, the temperature for such a quick disintegration had to be much higher than that of a burning house. Thus, if the children were in the house at the time of the fire, there should have been five skeletons in the rubble.

Later, Jennie and George came across a bus driver who was sure he had seen something like “fireballs” flying onto the Sodders’ roof. Might this have been the strange noise Jennie had heard in the middle of the night? Also, an acquaintance of the family claimed to have seen the five missing kids pass by in a strange car while the fire was still raging. A waitress at a diner fifty miles away from Fayetteville said she served breakfast to five children on Christmas morning 1945. She couldn’t recall any details about the adults who accompanied them. Finally, a local woman said she had seen four of the missing Sodder kids at a South Carolina hotel.

The tiny facts coming to light filled George and Jennie with hope and pushed them to dig deeper into the case.

Attempting to find out what happened in their house that night, Jennie would burn chicken bones in an oven to see if they could be turned into ashes by fire in 45 minutes. The bones remained intact. Meanwhile, George found a story about a fire in another house that killed several people — the scene of the incident featured fully-preserved skeletons among the ashes.

Equipped with the facts they gathered, the couple returned to the local police and demanded further investigation. They were rebuffed, as there were no signs of a crime, the police had no grounds to reopen the case.

So, the Sodders continued the investigation on their own. They hunted for information and photos, dug through the house debris, and spent time fathoming out what could have happened trying to solve the mystery.

Once, digging through the ashes of the burned house, George Sodder found a few bones and something similar to internal organs’ remains. But lab tests proved the “organ” to be a cow’s liver and showed the bones had not been exposed to fire. At some point, Jennie and George concluded their children were alive and had been kidnapped during the fire. The fire, the Sodders believed, had been started deliberately to cover the mysterious abduction. Thus, the hoping parents put a billboard next to the burned house site — the board had photos of the missing children on it and promised a reward for their safe return.

The last glimmer of hope

In 1968, twenty-three years after the dramatic incident, Mrs Sodder got an envelope from Kentucky with no return address. Inside the envelope, there was a photograph of a young man. The reverse of the photo featured the following words: 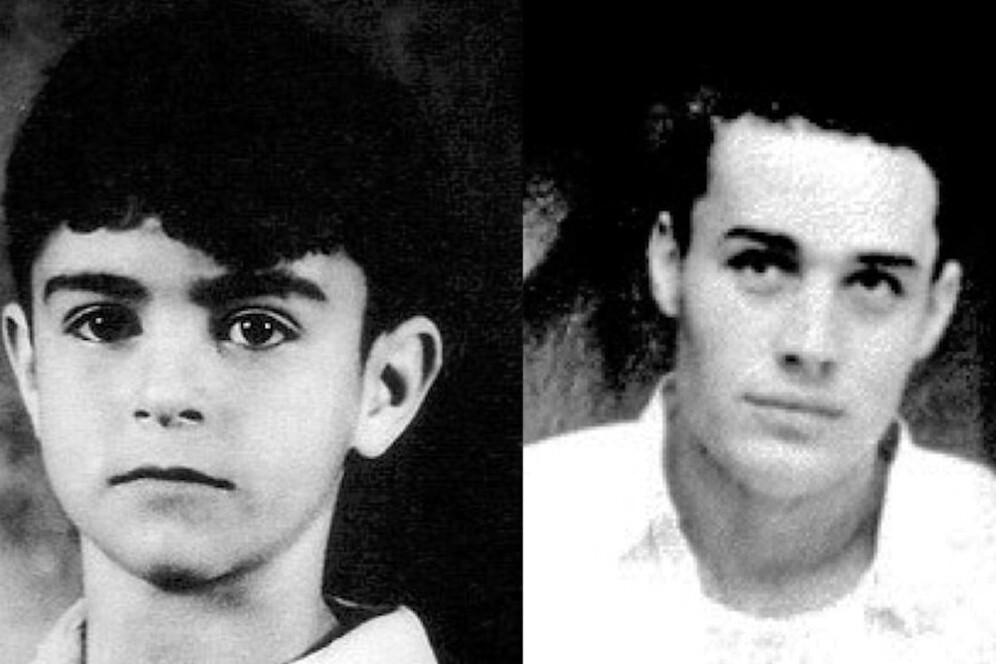 Louis Sodder at the time of his disappearance and a young man on the photo./Public domain

Though the police would say it was a cruel joke, the Sodders were convinced the man in the photo looked exactly how Louis would have looked in adulthood. The couple hired a private investigator to track the mysterious sender in Kentucky, but the detective eagerly took the fee and never got in touch with the family again.

The 1968 envelope was the last evidence the Sodders could find.

George Sodder passed away the same year the family received the photo. His wife, Jenny, outlived him by 21 years. All this time, she wore only black clothes and continued the search. Despite the absence of new evidence, she never stopped to believe that her children were still alive.

Sylvia Sodder, the youngest out of the ten kids, is still alive. She is now 77 years old. Together with the Sodder grandchildren, she continues looking for her missing siblings. The Sodders remain convinced Maurice, Martha, Louis, Jennie, and Betty were kidnapped that day. So, they go on surfing through websites with information about missing people, peering into faces, and communicating with detectives interested in the case.

The Sodders have never rebuilt the house but instead turned it into a memorial garden for their missing children. In such a way, their story continues to live. And so does their hope.