Despite the use of the death penalty being on the decline, public support for it persists. The latest Gallup poll shows that 55 per cent of US citizens support putting convicted murderers to death and 41 per cent oppose it. An execution chamber at San Quentin State Prison converted to use lethal injection rather than gas. When executed by gas, the prisoner is strapped to a chair with a bucket containing sulfuric acid and water underneath. A sodium cyanide crystal is then released into the pail, creating a lethal gas that the inmate inhales. © California Dept. of Corrections / Global Look Press

Death penalty supporters and opponents have been locked in a long-running and fierce debate over its morality and application, with renewed discussion flaring up any time an execution is bungled and in the run-up to a new vote on the issue. RTD takes a look at the arguments on both sides.

Proponents of the death penalty see it as a just penalty for the most heinous and brutal crimes. Some also say that the judicial death of a convicted murderer can mean closure for the victim's family.

RELATED: Letters to a terrorist. Ten years after the Beslan school siege, some of the victims' families write to one of the terrorists

“I don't think it evens the score. But I just think there's nothing, no other choice in my mind that is fair,” said Boston Marathon bombing victim, Karen Brassard, after learning that perpetrator Dzhokhar Tsarnaev had been sentenced to death by lethal injection. Tsarnaev was indicted and found guilty on 30 counts for the 2013 terror attack that killed three people and injured more than 260 others.

Those who oppose capital punishment assert that, regardless of crimes committed, the taking of human life is inherently wrong and contravenes the most fundamental of human rights; to live. Many also argue that it is unconstitutional, claiming that a judicial killing qualifies as 'cruel and unusual' punishment, which is explicitly prohibited by the Eighth Amendment.

They also argue that capital punishment is imposed disproportionately on minority and low-income convicts. 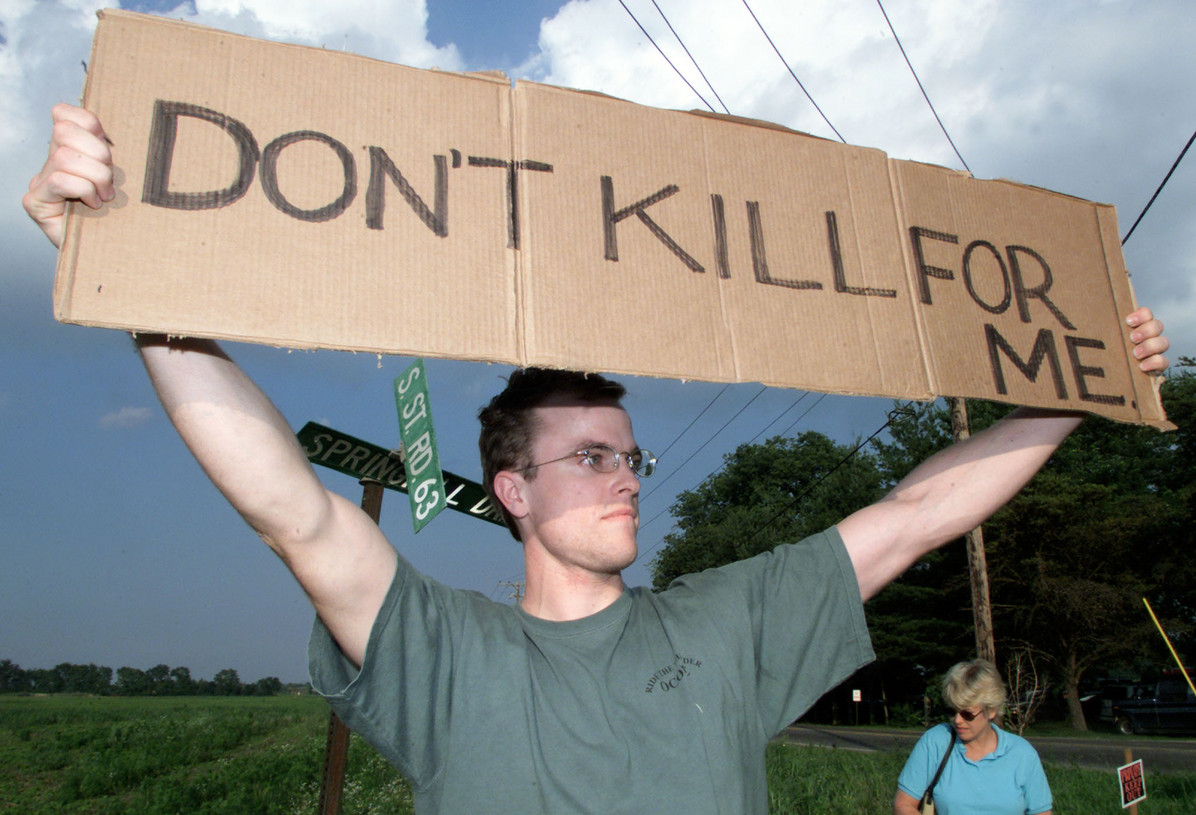 “Maybe in some books of justice, the person for this act deserves to die, but do we as a society deserve to kill them?” says prominent American advocate for the abolition of the death penalty, Sister Helen Prejean.

Yet, 62 percent of US respondents believe that the death penalty is morally acceptable, compared to 33 percent who say otherwise.

What if a condemned inmate is innocent?

The erroneous conviction, and subsequent execution, of innocent people, is not unknown within the criminal justice system. Since 1973, more than 162 prisoners have been freed from death row after evidence proving their innocence came to light, according to the Death Penalty Information Center (DPIC).

DNA testing has exonerated some death row inmates and the pro-death penalty camp says that advances in forensic technology and a rigorous appeals process preclude the possibility of an innocent person being imprisoned mistakenly. 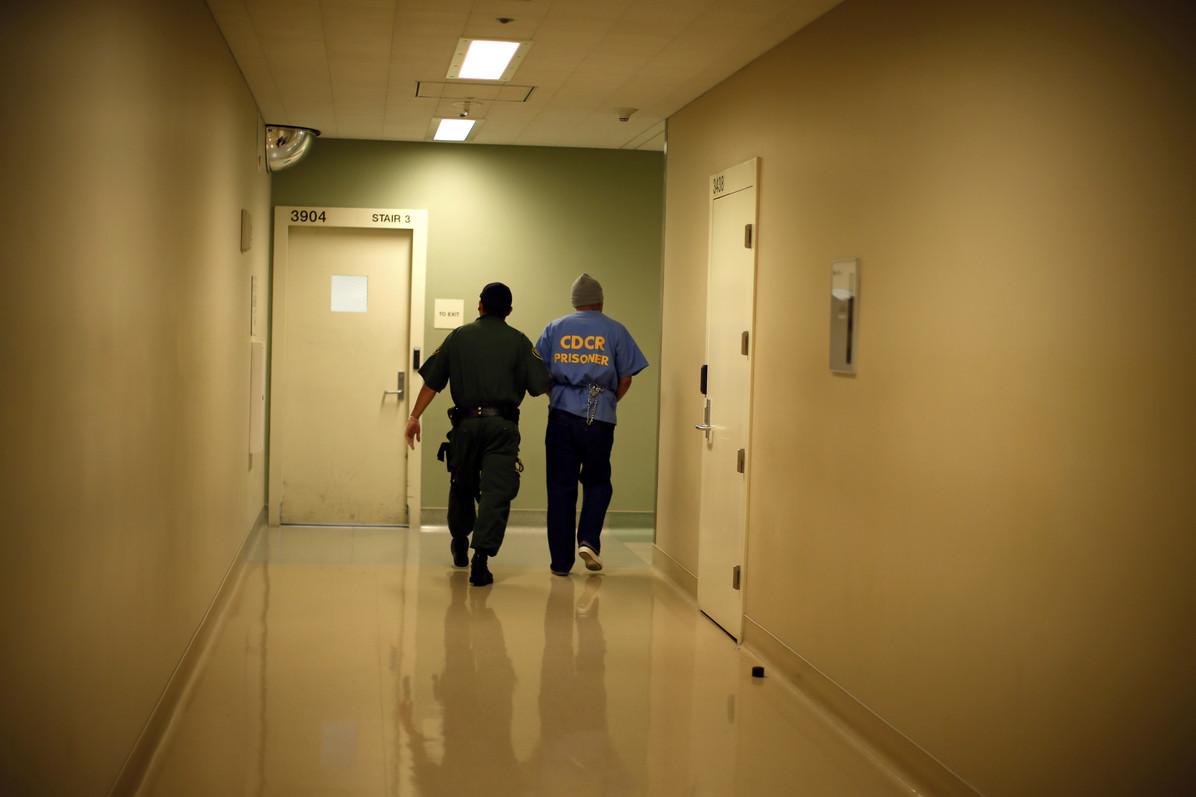 Does capital punishment save lives?

Supporters often cite multiple studies that claim to prove a link between capital punishment and reduced crime rates. However, opponents contend that the deterrent argument falls apart due to procedural flaws in those studies and the fact that the death penalty is used so rarely in the US.

In fact, over 80 percent of US executions took place in the South, which, according to the 2016 FBI Uniform Crime report, had the country's highest murder rate. Meanwhile, the Northeast accounted for less than one percent of all executions and maintained the lowest murder rate.

The Myth of 'humane' execution

Most executions are performed by lethal injection, believed by many to be the most efficient method. Typically, an executioner will administer three separate substances: sodium thiopental puts the condemned prisoner to sleep, pancuronium bromide then causes all muscles to relax, and finally, potassium chloride stops the heart.

Since ethical obligations prevent doctors and nurses from taking part in executions, a corrections officer is called on to deliver the deadly cocktail. That can prove problematic if a prisoner has damaged veins, or a needle becomes clogged. Lethal injection is the primary method of carrying out capital punishments in the United States. 1,303 inmates have been executed via lethal injection in the US since 1976. © California Department of Corrections and Rehabilitation

Due to drug shortages and controls imposed by major pharmaceutical companies unwilling to have their branded drugs associated with execution, states have also experimented with untested drug combinations. However, cases in which procedures go terribly wrong are far from rare, with prisoners writhing in pain and mumbling instead of going 'gentle into that good night'.

RELATED: Overpill. The darker side of America's mental health

In 2014, a convicted murderer, Clayton Lockett, died of a heart attack after his protracted execution was halted. According to witnesses, Lockett writhed and struggled violently after being injected with a disputed three-drug combination that failed to work properly.