Blood red jade: What Myanmar's jade mine landslide reveals about geopolitics
Free Angela Davis: How a 1970s black American civil rights advocate made the world fall in love with her

Over 60% of all police officers in the US belong to a union. The primary goal of police unions is to represent their members in labour disputes and negotiate their pay raises. However, there’s been an ever-growing sentiment the unions may be playing a crucial role in hindering justice when it comes to misconduct by law enforcers. In spite of that, some experts point union membership has grown considerably as a backlash to the demand for police reforms in recent years.

The labour movement in the USA dates back over a hundred years and has an excellent track record. The unions have, and keep, fighting for higher wages, better working conditions, health insurance, pensions, fair treatment in the workplace and much more. Most of which has been achieved through collective bargaining, so more heavily unionised industries have always been able to reap more significant benefits for their workers. Even though the heyday of trade unions may have passed, with only 10% of the workforce in union jobs, some industries – like educators, public service workers, auto workers – are still mostly unionised. The same holds true for the police forces in the United States. 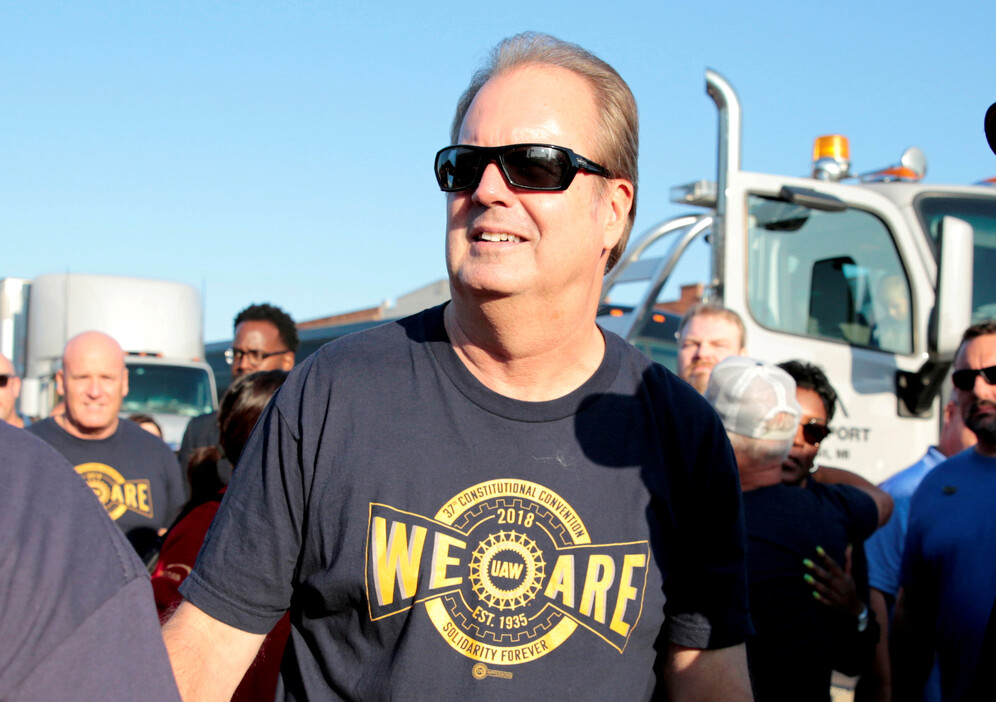 After the police killings of George Floyd in Minneapolis and Breonna Taylor in Louisville, the question as to why such brutality was possible in the first place has been raised again and again. Speaking about what happened, President Trump’s National Security adviser Robert O’Brian blamed “a few bad apples” that tainted the image of the otherwise flawless American law enforcement, denying the problem might be systemic. However, he didn’t mention that Derek Chauvin, the Minneapolis officer who pressed his knee into Floyd’s neck, had 17 prior misconduct complaints, none of which derailed his career on the force. And his example is typical. Even with abounding evidence of misuse of power, most charges and court cases against policemen are dropped by virtue of appeals carried out by the unions. As a result, the officers, by and large, retain their rank are merely reprimanded, and continue to serve. 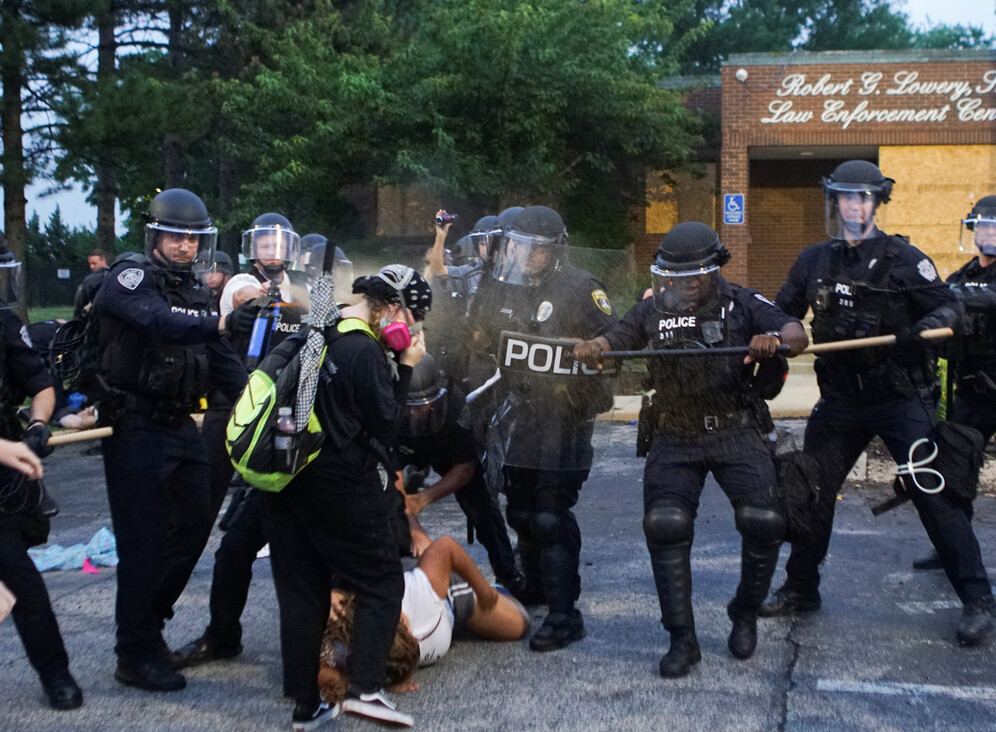 Florissant police spray mace to disperse demonstrators during a protest against the police brutality of a man hit by a Florissant detective and the death in Minneapolis police custody of George Floyd, in Florissant, Missouri/REUTERS by Lawrence Bryant

On many occasions, the unions were instrumental in reinstating cops who’d been fired over the excessive use of force and other examples of egregious behaviour. An article from the Atlantic journal in 2014 is nothing but a list of gruesome acts committed by police officers who got away with their crimes by virtue of arbitration that overruled terminations and disciplinary action. Among others it cites a case when in 2007-08 a policeman from Oakland, California, killed two unarmed men within a span of seven months, but managed to keep his job and get back pay – all thanks to an appeal filed on his behalf by his union. In Lakeland, Florida a sergeant with a history of sexual misconduct and rape allegations was initially fired after being involved in a sex scandal, only to get his job back and be later promoted to an officer rank after arbitration. The list goes on and on.

After the incident in Minneapolis, Mayor Jacob Frey said police collective bargaining and arbitration had prevented the city from holding officers accountable for misconduct.

He called out the Police Officers Federation of Minneapolis, led by Lt. Bob Kroll, as one of the biggest stumbling blocks. “The elephant in the room with regard to police reform is the police union,” he told The New York Times. He also pointed out the current union job contract is almost an impenetrable barrier to firing an officer for any misconduct and needs to be reviewed. With over 30 states allowing collective bargaining for police, it’s not a local issue. 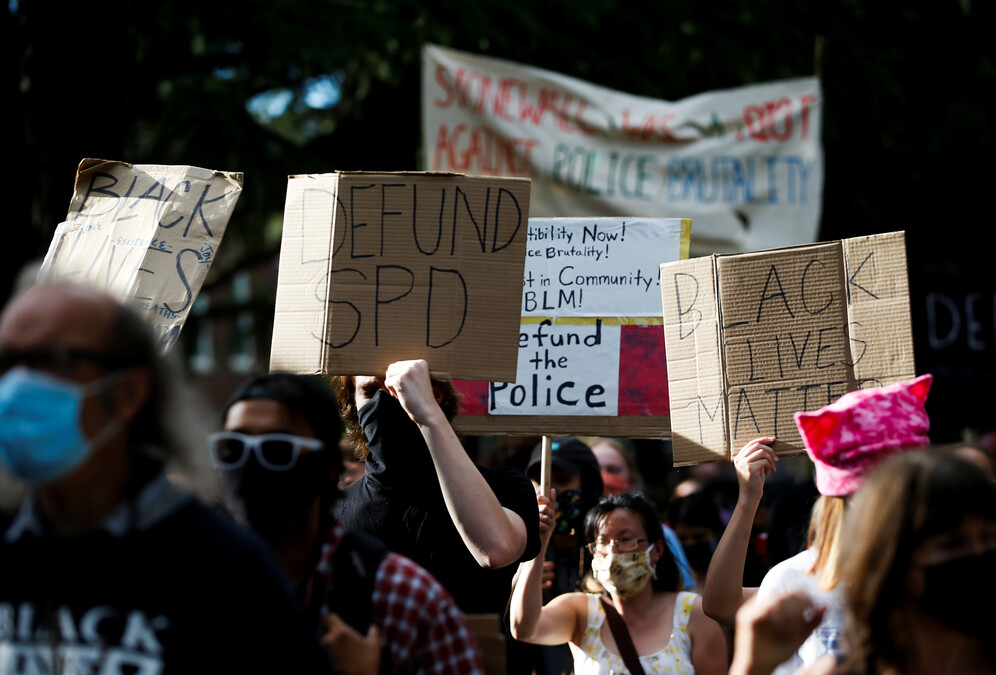 People rally for the defunding of police and reinvestment in community as they march to Seattle Mayor Jenny Durkan's home in the aftermath of the death in Minneapolis police custody of George Floyd, in Seattle, Washington/REUTERS by Lindsey Wasson

Many collective bargaining agreements require an officers’ disciplinary record be wiped clean after a certain number of years, making it virtually impossible to find out if they had been penalised before. Plus, in a case of arbitration, some unions even have the right to choose an arbitrator to handle their disciplinary cases, so no wonder in up to half the cases previously fired police, or correctional officers get reinstated after an appeal.

When it comes to police contracts the lack of accountability and the overall lackadaisical attitude of city authorities can often be explained by the fact that friendship with police unions is often critical for their reelection. At the start of his second campaign in 2019, Donald Trump received an endorsement from IUPA – the largest police unions association in the US – securing him a large number of votes and thousands of dollars in campaign contributions.

Faced with coronavirus budget shortages and demands to defund the police, New York City Mayor Bill de Blasio was willing to cut the budget of city schools by 3%, while taking only 0.3% from police funding.

What precise leverage do the unions have in negotiating with city governments? According to an investigation conducted by The Guardian, over the past 20 years, police unions in USA’s biggest cities’ (NYC, LA and Chicago) have spent over $87 million at local and state levels lobbying changes in legislation that work to their benefit. That is, to get more resources, to reduce public oversight, and to help police-friendly officials take office. 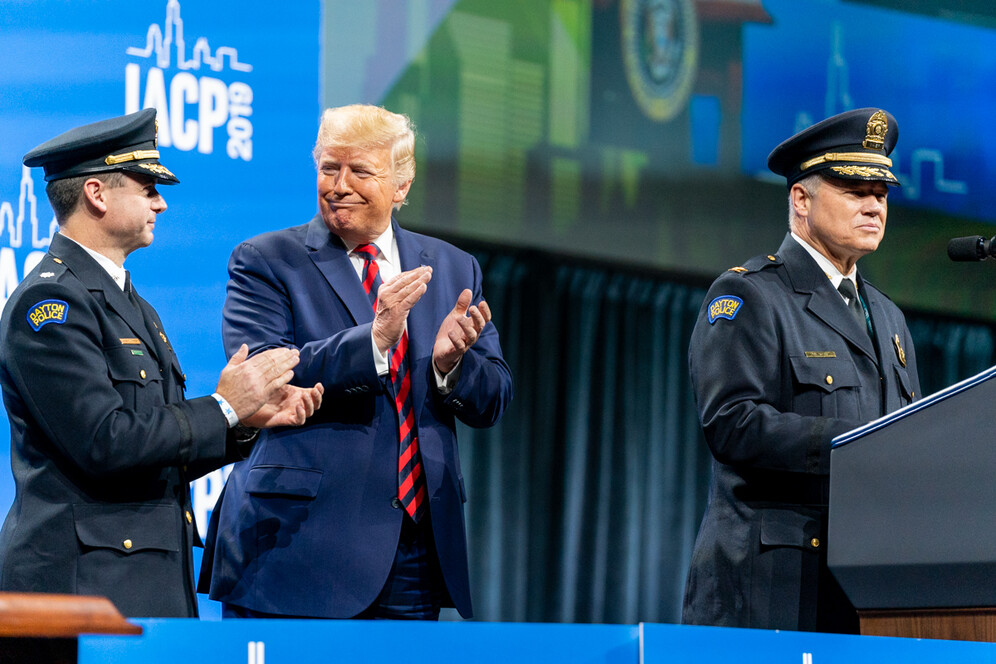 During the protests against police brutality in the US and demands for reform and raise accountability, there have been voices calling for police unions to be kicked out of the American labour movement altogether. The argument being their means and ends have strayed too far from the original purpose of labour unions, looking out only for their members and showing little commitment to social justice. If the International Union of Police Associations is indeed removed from the AFL-CIO labour federation, it won’t lose much apart from its public image. Police unions are likely to retain their power, unless there’s political will to change the situation and challenge the existing order of things, when collective bargaining and arbitration are significant obstacles in carrying out justice and punishing uniformed offenders.