A letter from Belmarsh Prison: Julian Assange writes to RTD
Who is Dan Brouillette, the nominee for US Energy Secretary, and why is he important?

Donald Trump has adopted a hard line on immigration - both legal and illegal - since coming to office in 2017. Apart from promising to build a “great, great wall” on the southern border, he promised to review, root and branch, Obama administration’s policies, because, as he phrased it in his first presidential campaign speech “…the U.S. has become a dumping ground for everybody else’s problems”.

Apart from adopting a number of measures to restrict the flow of asylum seekers at the U.S.-Mexico border and toughening the overall criteria required to qualify for asylum, the president limited the scope of public benefits that legal immigrants are eligible to receive. He also shrank the list of countries whose nationals are entitled to Temporary Protection Status, which allows citizens from countries afflicted by war or disaster to stay in the United States. Despite being aimed at cutting down the number of immigrants within the country, these measures have inadvertently contributed to the rise in the number of those who decided to stay in the United States illegally once their status expired.

Stuck with an estimated undocumented immigrant population of over 10.5 million, the US administration has been relying heavily on the services of ICE (U.S. Immigration and Customs Enforcement agency) for removing illegal immigrants. ICE was created in 2003 to “protect national security and public safety after 9/11”. Federal officials insist that the agency’s work is instrumental in ensuring the safety of American citizens. However, in the recent years the attitude towards ICE has been mixed at best, among regular citizens and lawmakers alike. ICE raids have been criticized for harsh and sometimes thoughtless approaches to the task at hand. For instance, a recent massive roundup in Mississippi saw some 680 illegal plant workers apprehended, with dozens of children left unattended and unaware of their parents’ whereabouts.

Quite recently, a tank manned with armed ICE personnel appeared in the streets of Queens, New York, in what turned out to be an arms bust operation, and sparked fear in the predominantly immigrant community. ICE’s practice of making arrests in courthouses, where undocumented individuals arrive to pay their speeding tickets or even get married, drew universal criticism, since courts, along with school, churches and hospitals, have been unofficially dubbed “sensitive locations” where ICE agents aren’t supposed to conduct enforcement actions unless absolutely pushed. And, as many probably remember, ICE border patrol officers were portrayed as 'heartless monsters' for implementing Trump’s orders and separating parents and children who illegally crossed the border from Mexico. As demonstrated by a recent survey ICE has become the most hated government agency of all, taking the title from the IRS (Internal Revenue Service), American’s longest-held pet peeve.

While non-profit organizations and advocacy groups (like, for example, Immigrant Defense Project or American Civil Liberties Union) have been campaigning against the unscrupulous methods employed by ICE and instructing community members on how to act if ICE agents turn up at their doorstep (“lock up, don’t talk”), the federal government continues with its tough approach toward illegal aliens.

But let us not forget it’s America we’re talking about. The federal government isn’t omnipotent, and it’s not uncommon for local legislation and practices to run counter to “the party line”. To oppose the anti-immigrant agenda on a local level, certain jurisdictions within the United States declared themselves “sanctuary cities”.

According to data collected by the Immigrant Legal Resource Center, presently there are four states, 39 cities and 364 counties that have adopted these pro-immigrant policies.

The “sanctuary movement” started back in the ’80s to offer protection to undocumented refugees fleeing Central American wars, but has gained new momentum lately. In the spirit of America’s founding principles as a nation of immigrants, sanctuary cities (counties and even states) act as a protective shield, standing in the way of federal efforts to identify and deport undocumented aliens. Most importantly, these jurisdictions prohibit their police officials from providing information on undocumented detainees to federal immigration authorities. This results in offenders with no legal status being released back into communities, without alerting the feds who would otherwise get ahold of them for deportation. According to data collected by the Immigrant Legal Resource Center, presently there are four states, 39 cities and 364 counties that have adopted these pro-immigrant policies.

The motivation behind such an attitude is described as the need to support community trust between law enforcement and undocumented immigrants, who, otherwise, live in permanent fear of deportation, while for many going back to their country of origin is not an option. Plus, those afraid of deportation are less likely to report crimes, use health and social services and send their children to school, thus compromising community safety and welfare.

However, opponents of sanctuary city practices insist that their non-cooperation principles don’t only provide refuge to those in need of shelter, but also protect criminal aliens who prey on the people in their own communities by committing crimes at all levels – from driving under the influence to armed robberies. In April, President Donald Trump proposed bussing detained migrants from the southern border to the “sanctuary cities” as an act of political retribution against their supporters. To that mayors of sanctuary cities responded they would welcome undocumented immigrants with open arms. In a desperate effort to stop sanctuary practices, the Trump administration has even threatened to withhold federal funds from cities and states with sanctuary policies, but a recent federal court ruling deemed the move unlawful.

While the president is condemning “sanctuary cities” for sabotaging his political agenda, on the other end of the spectrum there have been demands to abolish ICE altogether. They were voiced, among others, by prospective presidential candidates Elizabeth Warren and Kirsten Gillibrand, and New York Mayor Bill de Blasio. Notably, the agency’s performance came under fire after the Trump administration implemented a "zero-tolerance" policy. According to it, all people who cross the border illegally are referred for criminal prosecution on top of immigration proceedings. This dramatically increases the number of people in the criminal justice system and puts considerable financial strain on the budget. 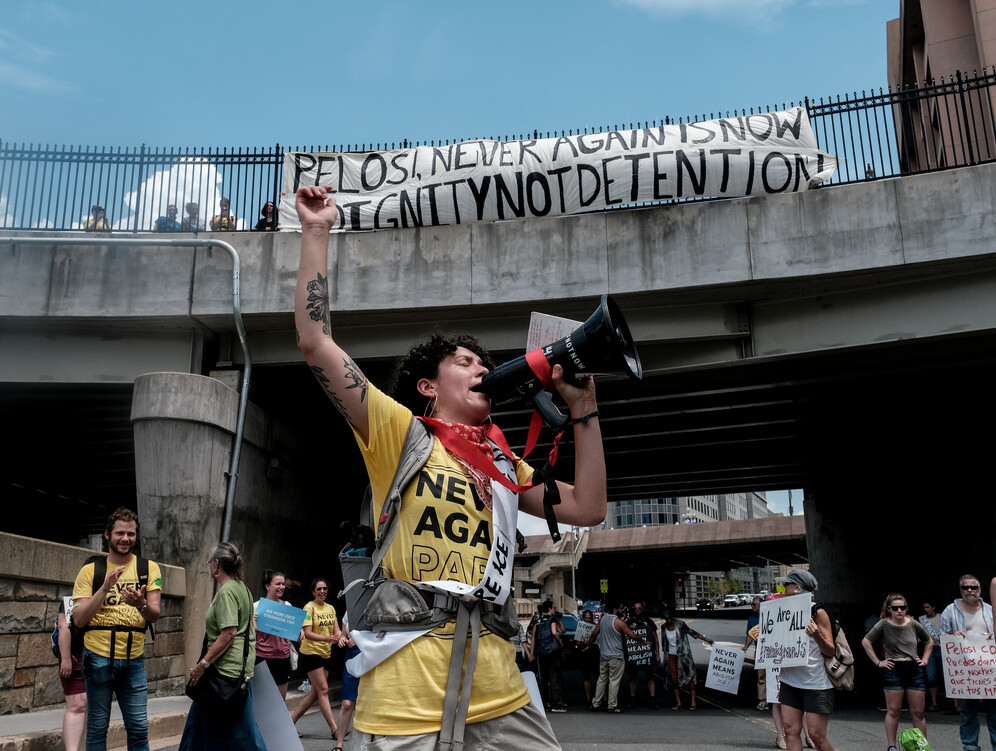 Some democrats, including Nancy Pelosi, have gone so far as to propose decriminalizing illegal border crossings entirely, declaring “Our view of the law is that . . . if somebody is here without sufficient documentation, that is not reason for deportation.” What might sound illogical starts ringing truer if you consider the fact that undocumented immigrants pay an estimated $11.6 billion a year in taxes, according to the Institute on Taxation & Economic Policy. How much profit they bring to those who hire them illegally is immeasurable.

As with many other present-day issues, on this one America is split along the party lines. The discussion is so heated that many tend to forget that Trump’s immigration policies have been, more or less, following in the footsteps of Obama’s, who had nearly 2 million deportations under the belt by the end of his first presidential term. That there’s nothing wrong with the country’s securing its borders and trying to ensure the safety of its citizens. That there is a middle ground between building a wall and decriminalizing illegal immigration altogether.

Just a passing look at the ICE press releases issued after every major raid (or Enforcement and Removal Operations (ERO), as they prefer to call it) speaks volumes. Take, for example, the one that was published after a six-day spring bust around sanctuary jurisdictions, including New York City, Long Island and the Hudson Valley. It says: “During the operation, ICE’s ERO arrested 225 individuals for violating U.S. immigration laws. Of those arrested, more than 180 were convicted criminals or had criminal charges pending…”

Just bare facts for everyone to weigh and consider. While pro-immigrant media labeled the operation a spree of unfounded arrests and deportations, maybe it wasn’t quite so unfounded after all? And maybe sanctuary cities should try and draw a line between “the tired and the poor” and those not willing to become part of the community that welcomed them?