The 2008 war between Georgia & South Ossetia - Tracing the historical roots 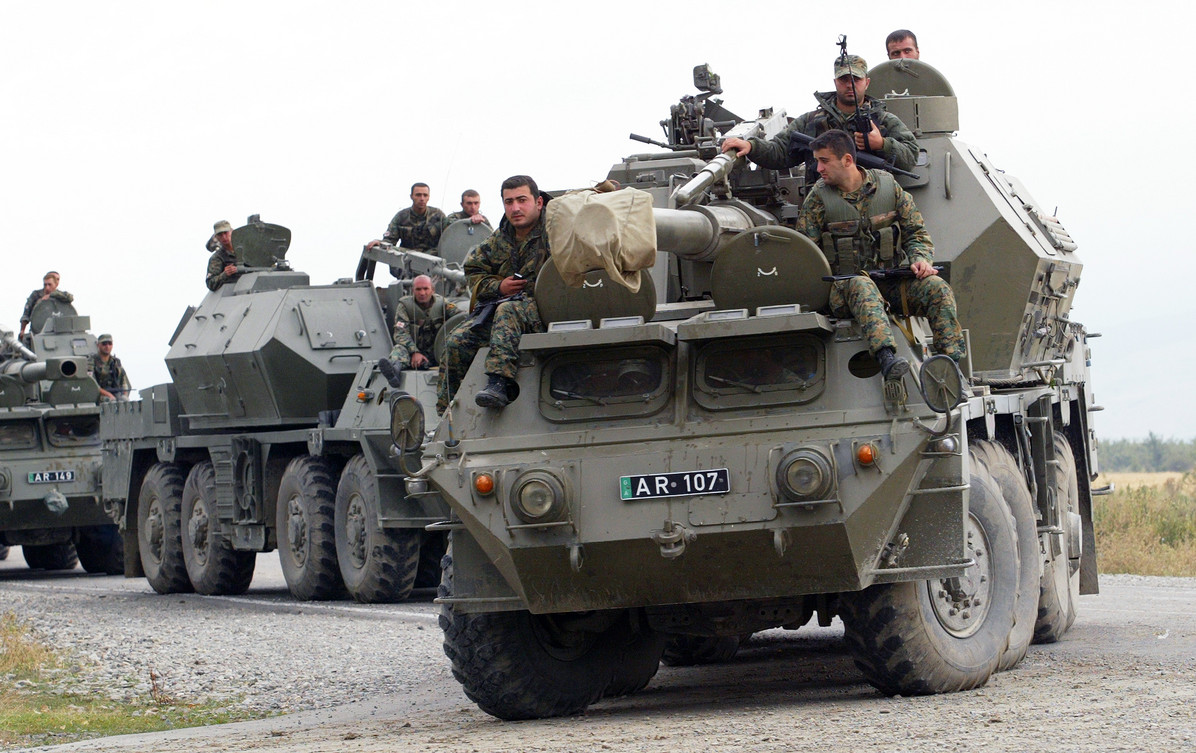 In the early hours of August 8, 2008, Georgian troops entered Tshkhinval, opening fire with heavy artillery and multiple-launch missile systems in violation of a standing ceasefire agreement. According to South Ossetian officials, up to 2,000 civilians died in the attack. © Vladimir Valishvili / Global Look Press

Ten years ago, Georgia launched an assault against South Ossetia, a former province that had declared independence in 1991. Tbilisi’s attempt to retake the rebellious republic failed, as Russia responded with military force and pushed the Georgian Army back. We take a look at what led to the events of 2008. Since at least the early 20th century, friction had dominated relations between Georgia and South Ossetia, which finally escalated into bloody conflict.

After the fall of the Russian empire in 1917, its former governorate Georgia became an independent republic led by Mensheviks. Territories of what is now modern South Ossetia were also included in the newly emerged state. However, Ossetia’s Bolshevik-dominated ruling body called for the unification of North and South Ossetia and to join Soviet Russia.

Discontent led to a string of revolts from 1918 to 1920. Later, South Ossetia branded Georgia’s actions to suppress the uprisings as ‘genocide,’ claiming that nearly 5,000 people had been killed. However, talks continued at the highest levels of the Communist Party about the two regions eventually merging into a single entity. ‘My close scrutiny convinced me that merging North and South Ossetias into an Autonomous Republic within Georgia could be agreed to,’wrote the Soviet leader, Joseph Stalin, after meeting with representatives of the Ossetian-inhabited areas. Responding to Stalin’s telegram, the head of the Communist Party’s Northern Caucasian Bureau, Anastas Mikoyan, said that unification would be ‘expedient’ as far as the nationalities were concerned. However, Mikoyan stressed that including a united Ossetia within Georgia would ‘endanger established inter-ethnic relations’ in the region.

RELATED: A city of desolate mothers. The aftermath of the conflict in South Ossetia

Ethnic discord seethed throughout the Soviet period. In the 1940s, the Roman lettering of the Ossetian alphabet was replaced with Georgian script. The authorities in Tbilisi later ordered that all paperwork had to be produced in the Georgian language.

The matter was set aside but erupted later towards the end of the 1980s. As the collapse of the Soviet Union inched closer, nationalist sentiments gained momentum among both Georgians and South Ossetians. In spring 1989, anti-Soviet demonstrations, led by dissident Zviad Gamsakhurdia, swept through Georgia. Protesters called for a break from Moscow and opposed separatism in the autonomous Georgian republic of Abkhazia. On April 9, 1989, the Soviet Army moved in to Tbilisi to suppress the demonstrations. Clashes between troops and protesters left at least 20 people dead and many more injured. / Sputnik

The rise of Georgian nationalism triggered an uprising in South Ossetia, where local authorities changed their status from being a region to a republic in search of greater autonomy within Georgia. After Tbilisi declared the move unconstitutional, up to 40,000 nationalists joined the so-called “March on Tskhinval” with Gamsakhurdia at the helm. That advance, ostensibly to support Georgian unity, was met with resistance from South Ossetian self-defence units.

RELATED: Ossetia, I Love You!

The situation deteriorated in the autumn of 1990, and soon South Ossetia sent a request to Moscow to be allowed to enter the Soviet Union as a constituent republic. Gamsakhurdia’s coalition - ‘Round Table-Free Georgia’ - won parliamentary elections and later abolished South Ossetia’s autonomous status altogether, imposing a state of emergency. 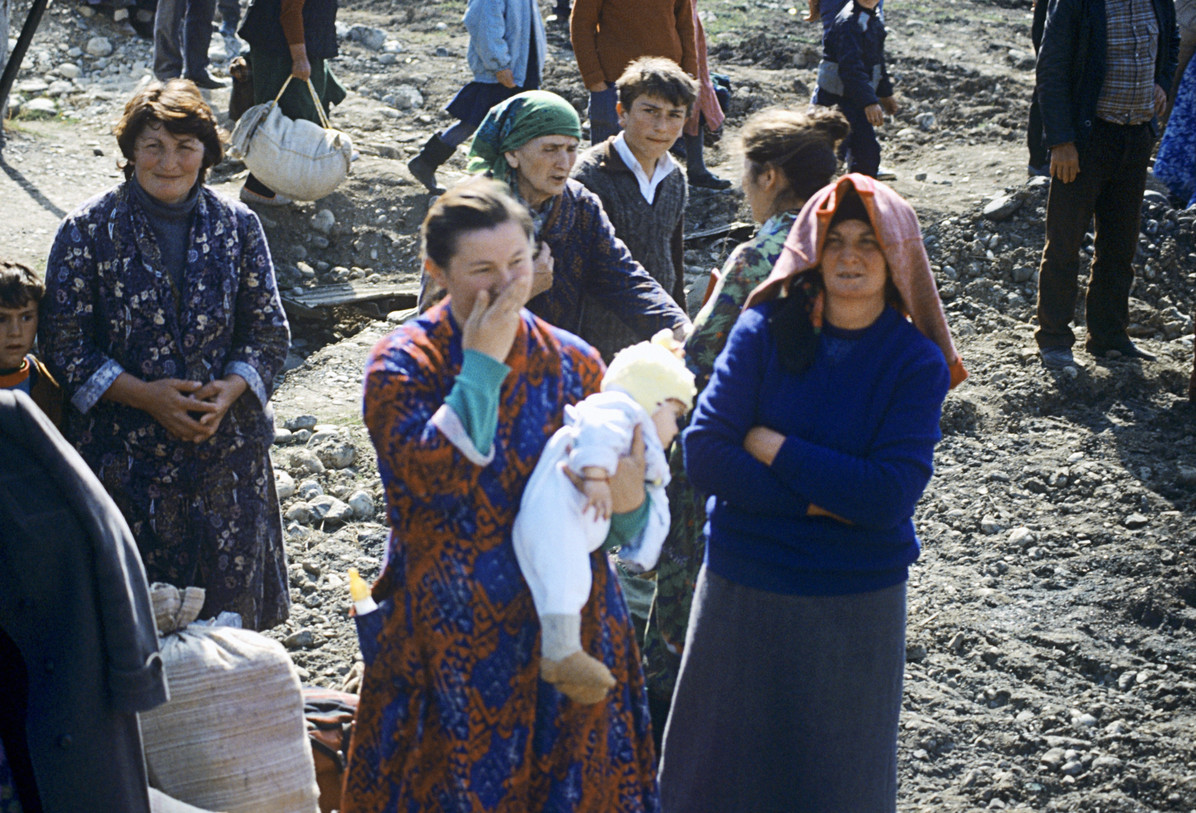 As the Soviet Union ceased to exist in December 1991, South Ossetia’s Supreme Council adopted a Declaration of Independence. Meanwhile, in Georgia, Gamsakhurdia was ousted following a violent military coup. Sporadic hostilities between Georgia and Ossetia continued until the summer of 1992 when the newly elected leader, Eduard Shevardnadze and Russian President Boris Yeltsin brokered a ceasefire deal.

The Dagomys (or Sochi) agreement established a joint peacekeeping mission consisting of Georgians, South Ossetians and Russians, and war-eroded relations gradually began to normalise. Georgia repealed its 1990 decision to deprive South Ossetia of its autonomy, and the sides agreed to strengthen mutual trust in a 1996 memorandum, which set up a security corridor.

However, the tenuous peace cracked with the election of Mikhail Saakashvili in 2004. The new president came up with a conflict settlement plan and offered autonomy to South Ossetia. Two years later, in a 2006 referendum, South Ossetians voted for independence.

In 2008, cross-border shelling, clashes and military manoeuvres by Russia and Georgia preceded the second full-scale war.

To find out more about the hostile relations between Georgia and its former republics, watch The Hidden War.