Just married and on the run: Indian couples brave consequences for marrying outside their castes

Pradip secretly married a girl from a different caste. When her relatives found out about the marriage, a bloodbath broke out. Pradip and his parents were shot to death, while his eight-months-pregnant wife somehow survived the attack and gave birth to the baby. This story is illustrative for India, where inter-caste marriages are not just frowned upon, but often brutally penalised.

Although marrying a person outside your own caste is not illegal under the Indian law, it’s considered a blow to parents’ reputations. The decision to punish lovers are made at caste elders’ councils. They can rule to discipline the person by publicly shunning him or her for setting “a bad example.” In reality, however, angered relatives take the law into own hands. They beat, humiliate and sometimes kill those who defy family wishes in pursuit of true love.

Is it a crime to love? “They are so mad that no one will acknowledge our love.” Sumit is a Jat, while his wife, Priya, is Brahmin, the highest caste in the Indian hierarchy. Love Commandos 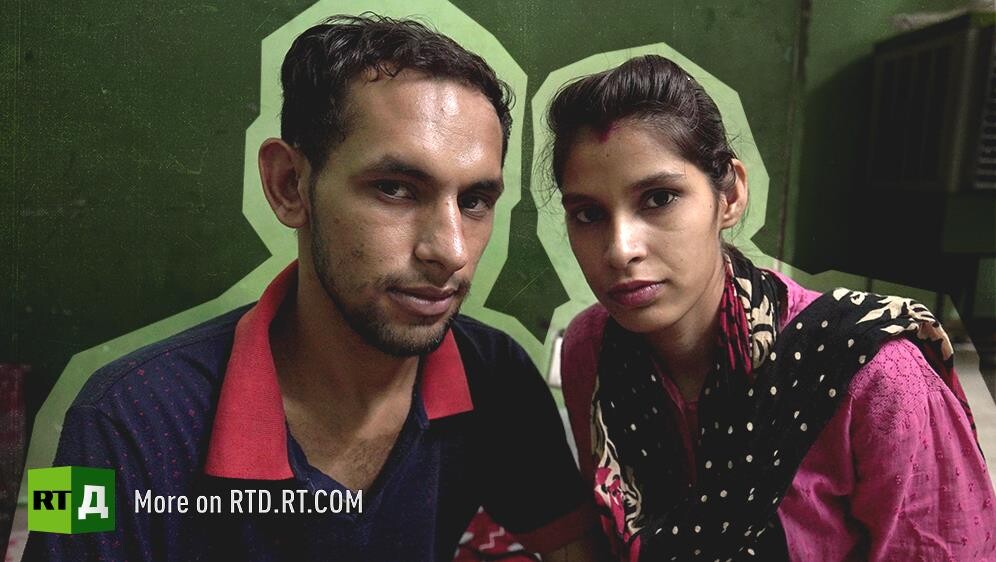 Every year, some 1,000 people are murdered in the practice of honour killing across the country, according to estimates by the India Democratic Women’s Association. The concept of punishing those accused of sullying their family’s name is not limited to India alone, it is found in various cultures and religions in South America, Africa and Asia. Offences usually include infidelity, flirting or even being a rape victim. Since some communities keep condoning honour killings as necessary to restore a family’s reputation, cases frequently go unreported and unpunished, explaining the lack of official figures. Some even blame exposure to Western culture for instilling an alien notion of casual dating.

“Those accused of honour killing are not habitual criminals,” says lawyer A.P. Singh from the Council of the Supreme Court of India. “They come from very respected society. Western culture is totally demoralizing Indian culture.”

Ravi Kant Meana and his wife Uma ignored their arranged matches and eloped. They were soon forcibly separated by Uma’s relatives, who kidnaped the new wife and brought her to back her parents’ house. Although she filed a police report that she had been beaten and threatened by her family, the couple couldn’t reunite. It’s unsafe for Ravi even to come near her village, while police claimed that Uma stated her wish to stay with the family in court.

Ravi Kant and Uma from Bharatpur in Rajasthan married in secret from Uma’s family. She was kidnapped and returned to her parents, who promised her to another man. Love Commandos

“India says at the UN, ‘We won’t allow child marriage or forced ones.’ Why doesn’t it ban marriages by arrangement?” Sanjoy Sachdev exclaims. A former journalist, he started an organization, Love Commandos, to protect inter-caste lovers from harassment and prosecution. Ravi turned to volunteers for legal aid and shelter in one of their safe houses all over India.

Sanjoy Sachdev began sheltering runaway couples in 2010. Last year, he was arrested over extortion claims made by several couples who stayed in his shelters. Sachdev denied all the allegations. Love Commandos

There is an adage that goes “when you marry someone, you marry their family.” In India, where arranged marriages remain the norm and the most widespread form of finding a partner, it can’t be more accurate. According to data cited in multiple media reports, up to 90 percent of marriages are arranged, while only five percent are ‘love’ marriages.

“I used to think that education changes the mindset of people,” says Deepika Bhogal, who recently ran away with her new husband Kapil after being severely beaten by her own father. “My dad always used to say ‘You’re allowed all, even a love marriage, if he’s upper-caste, because we are the same.” Marriage with a man from a less-privileged caste, however, was out of the question. “He was asking me to marry some other guy at the gunpoint. He was like, ‘Today I'm going to buy the gun and if you'll not marry where I'm asking you, then I'll shoot you.’”

Old habits die hard, but the attitudes towards marriage and dating are slowly changing in urban households. Many young people are now given a say in a less formal “semi-arranged” marriage, while still giving families an opportunity to suggest a prospective mate. But will falling in love become easy and safe for everyone across the country?