Price of Vice: What Does Life of a Sex Worker Look Like
Who Are Freegans and What do They Eat?

Activists spoke out against a sexual education program used in a Minnesota school district that asks students to role-play gay and transgender relationships, and allegedly exposes kids to explicit sexual content.

“This type of teaching has no place in our schools,” a member of the Child Protection League said at a Richfield School Board meeting last week.

The sex-ed program in question is referred to as “3Rs”, standing for “rights, respect, responsibility”. 3Rs is a sexual education program that includes information about homosexual intercourse, transgenderism, abortion and more.

Want to know how you can be a better ally to the #LGBTQ community? The first step is education! Learn more about sexual education policies in public schools today: https://t.co/rLjaQaWMIr

As part of education on consent and abuse prevention, 3Rs directs students to pair up and role-play various relationship scenarios. One of the tasks asks a male student to pretend his name is “Morgan” and he is very active in the school LGBTQ+ community, while another student plays the role of “Terence”, a closet homosexual in love with Morgan. In the role-play, Morgan plans a secret date with Terence, and it is suggested that students “make a decision on whether to have sex”.

Another of the scenarios includes students pretending they are transgender and deciding on whether to have sex with a woman.

As part of the 3Rs sex-ed curriculum, straight students are asked to role-play gay and transgender relationships / Reuters

The teacher’s course book includes a note that says straight boys might “have a homophobic response” to being asked to role-play gay relationships.

“Should this happen in your class, it’s important to stop what you are doing, notice the interaction, and ask for the class members to reflect on what’s happening and why,” the curriculum reads.

“Direct the students back to your class ground rules — and reinforce the agreement to be respectful — and that making homophobic comments is not respectful.”

The case of the Minnesota school district has quickly climbed to the top of the social media agenda and sparked fierce debates on the appropriateness of such an approach to sexual education. 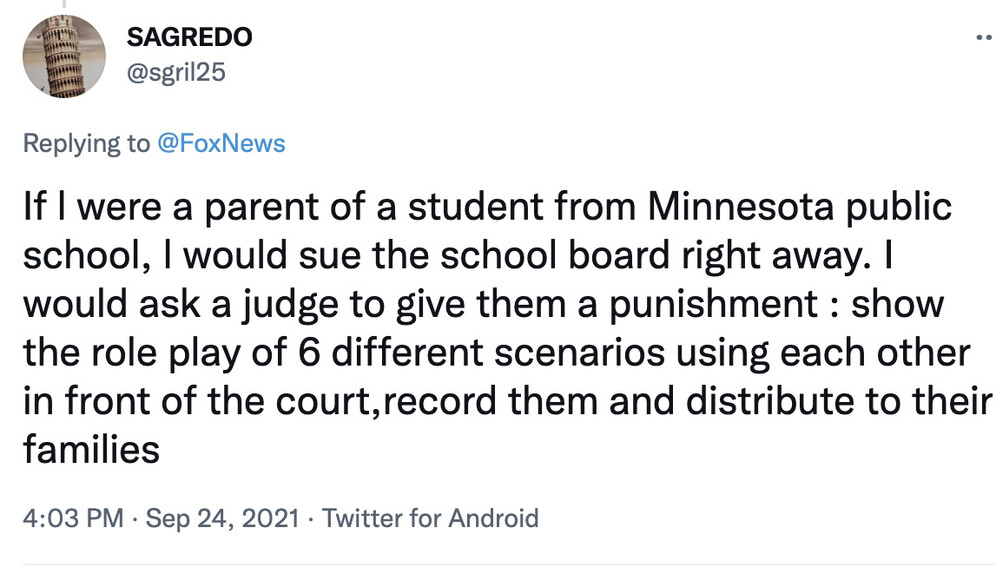 While some users have voiced bitter criticism, others expressed warm support for the progressive sex-ed.

A new tendency is gaining momentum in public education in the US. Its aim is to supersede the traditional understanding of heterosexuality.

According to a study by The Manhattan Institute for Political Research – a famous American think tank – the advocates of “queer theory”, which has penetrated public schools since the 1990s, consider the notions of a “natural sexual or gender identity” a violation of individual freedom – the freedom to experiment with your sexuality as you like. As a result, the new school policymakers in the US tend to encourage children to experiment with their sexuality.

Related: Is Being Gay Becoming Sexier Than Being Straight?

Are US public schools being “queered”? / Josè Maria Sava via Unsplash

The main actors behind the promotion of these ideas[1]  in public schools are civil rights and educational organizations like The Human Rights Campaign, GLAAD and GLSEN. The GLSEN (Gay, Lesbian and Straight Educational Network) focuses on developing guidelines to promote the LGBTQ+ curriculum in public schools, organizes seminars and conferences both for students and educators, and launches large-scale social media campaigns.

At GLSEN, #Pride isn’t just a one month celebration.

To continue our mission of making schools more safe and inclusive for all K-12 students, we need to bring that same energy and focus to the rest of the year.

To keep the momentum going, we need your help. pic.twitter.com/m4LeYcGAxy

Many GLSEN activities and practices are considered dubious by American parents. For example, an Ohio teacher supporting the GLSEN activities assigned her freshman students to read Entries From a Hot Pink Notebook that included illustrations with two 14-year-old boys having sex.

Recent research by The Heritage Foundation documents a growing concern among parents with regard to the effectiveness of the 3Rs sex-ed programme, as well as the effects it may have on their children. 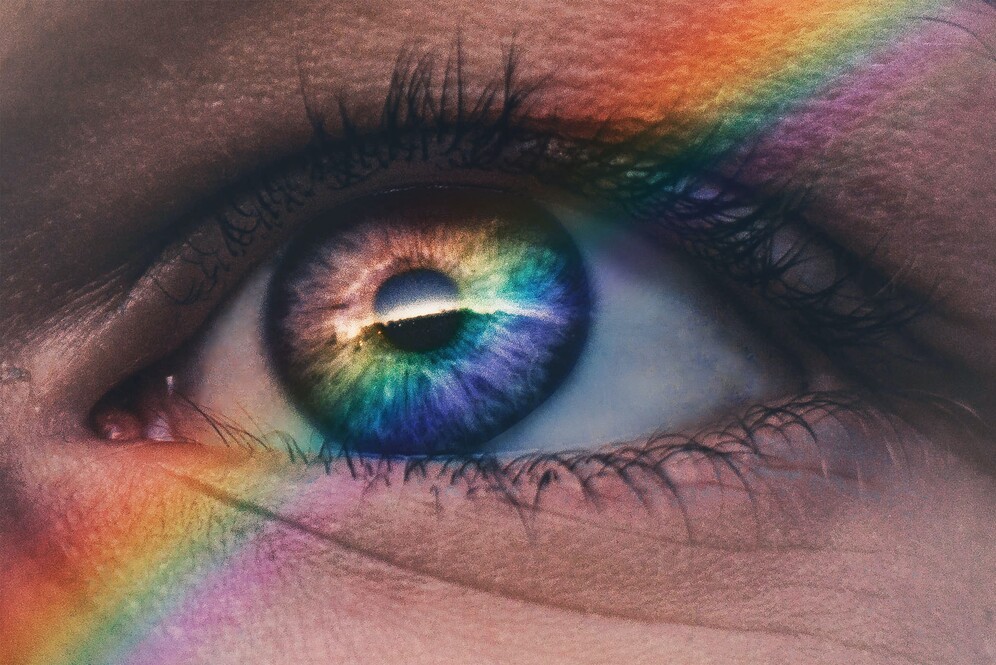 Parents voice concerns about the effects of 3Rs curriculum on their kids’ understanding of gender and psychological health / Harry Quan via Unsplash
“Programs like 3Rs are not effective,” said Julie Quist, a Child Protection League board member at a Richfield School Board meeting last week.

“The Institute for Research and Evaluation conducted a comprehensive study on the effectiveness of programs such as this. Out of 60 school-based studies, no credible evidence of effectiveness was found for sustained reductions in teen pregnancy or STDs. There was no evidence of effectiveness for increasing consistent condom use. Failure rates included 88% failure to delay teen sexual initiation and 94% failure to reduce unprotected sex. 12% of these programs found significant negative effects on adolescent sexual health and/or risk behavior.”

Other research efforts suggest that, apart from being ineffective, a progressive sex-ed curriculum can entail adverse consequences for teenagers’ psychological health.

A study by Brown University scholar Lisa Littman demonstrates the growth of rapid-onset gender dysphoria (ROGD) among teens. Rapid-onset dysphoria is a mental condition that involves teenagers, who initially feel comfortable with their gender, suddenly identifying as transgender.

Thank you Lisa Littman for bringing awareness to what is happening to my family and thousands of others. #RogdAwarenessDay pic.twitter.com/t82DvbNPgU

Indeed, in recent years there has been a sharp increase in the number of children identifying as transgender in the US and in other Western countries. Furthermore, the number of both children and adult women seeking surgical gender transition has skyrocketed. The first transgender youth clinic in the US was founded in Massachusetts in 2007. Since then, 40 other specialized medical centers have opened to help teens “embrace their true selves”.

Related:  I Want My Sex Back. Transgender people who regretted changing sex

Though gender reassignment may turn out to be the right solution for some teens, it may also result in personal tragedy. This was the case for Keira Bell from the UK. As a teenager, Keira underwent several courses of hormonal therapy and had her breasts removed, but then changed her mind about changing her sex. However, the changes to her body could no longer be reversed: not only did she look like a man, but she also couldn’t have children.

Doctors can decide whether to prescribe puberty blockers to under-16s, court rules https://t.co/2vKX5AuUHZ

According to Lisa Lippman, the reasons behind the rapid-onset gender dysphoria epidemic among teenagers are partly related to peer pressure and intensive use of social media. However, educational and therapist organizations also have a huge role to play. Dr. Lipman believes these organizations are encouraging every whim of a child when it comes to gender identity. Schools have on-site clinics eager to provide students with an irreversible gender transition, and therapists are ready to give 12-year-old girls puberty blockers on first request.