New age magic: How TikTok tarot and casting spells via Zoom thrive during pandemic
China’s #metoo: Refusal to be silent

Anneliese Michel: How a girl believed to be possessed underwent 67 exorcisms

Anneliese Michel was 23 and believed she was possessed by demonic forces and wanted to suffer for the sins of drug addicts and aberrant priests. The girl underwent 67 rites of exorcism, during which she ate dead insects and animals, barked like a dog and licked her urine off the floor. But the demons turned out to be stronger. Anneliese died of undernourishment and dehydration on June 1, 1976. So what was going on?

The story of Anneliese Michel’s life starts in the mainly Catholic village of Klingenberg in Germany. The girl was born on September 21, 1952, and grew up in an ordinary off-white Bavarian house. However, the house soon turned into hell, filled with inhuman voices and terrible howls.

Demons on the rise

The belief in demons, which derange and confuse human souls, is old. Mesopotamians cast out demons by throwing wax figures into a fire. Ancient Greeks believed devilish creatures lived somewhere on the dark outskirts of the human world. The Medieval witch hunts became an apogee of the “crusade” against evil spirits.

Devils and evil spirits did not remain in the dark ages and travelled along with humanity to the modern rational and technology-driven era. It seems like in today’s secularised society belief in demonic forces is on the rise. The London-based Catholic Herald suggests the world has seen a surge in exorcisms — the procedure of casting out demons from a person’s body. A recent Gallup poll shows about half of Americans believe in demonic possession.

Anneliese’s parents Anna and Joseph Michel, were deeply religious. Before Anneliese was born, her mother became “disgraced” by giving birth to an illegitimate child — a girl named Martha. As a punishment for her sin, Anna had to wear a black veil on her wedding day. So, when her first legitimate daughter Anneliese was born, Anna began to slowly but steadily impose on the girl the idea of atoning for her mother’s sins through religious devotion. When Martha died during surgery in 1956, Anna Michel became even more assertive in her attempts to push Anneliese into religious practices.

Anneliese grew up to become a caring and kind young woman, and devoutly religious. While in her teens, she slept on a bare stone floor “suffering for the sins of homeless drug addicts and other damned souls.” One day, when she was 16 years old, she went into convulsions and was diagnosed with temporal lobe epilepsy. The medication she was given relieved the symptoms but supposedly caused hallucinations. Soon after receiving it, Anneliese complained of seeing demonic creatures and ghostly faces. 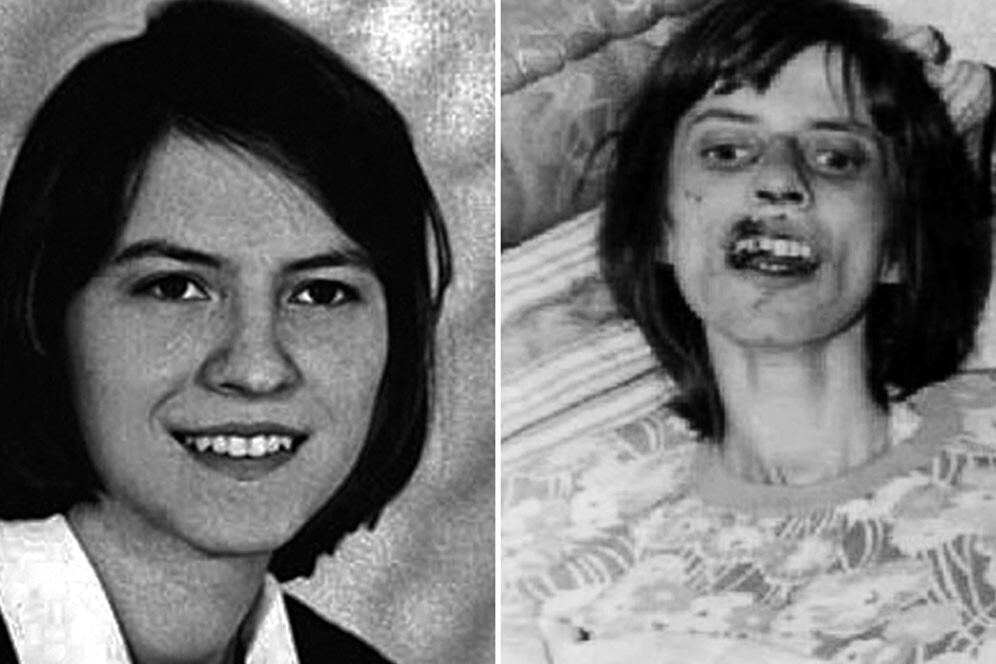 Her hallucinations grew increasingly intense, especially at times of prayer. The devils followed her every step, horrifying her with the prospects of rotting in hell.

After graduating from high school in 1973, Anneliese enrolled at Germany’s University of Wurzburg, hoping to become a teacher. While her fellow students went to parties, the young woman stayed in her room praying before the pictures of saints. Though peers thought Anneliese to be simply over-religious and over-reserved, in reality, the girl was doing her best to hide her suffering. Her hallucinations grew increasingly intense, especially at times of prayer. The devils followed her every step, horrifying her with the prospects of rotting in hell.

This condition plunged Anneliese into depression and caused self-destructive behaviour. The anti-seizure drug and the mood stabiliser the girl was taking didn’t seem to help. 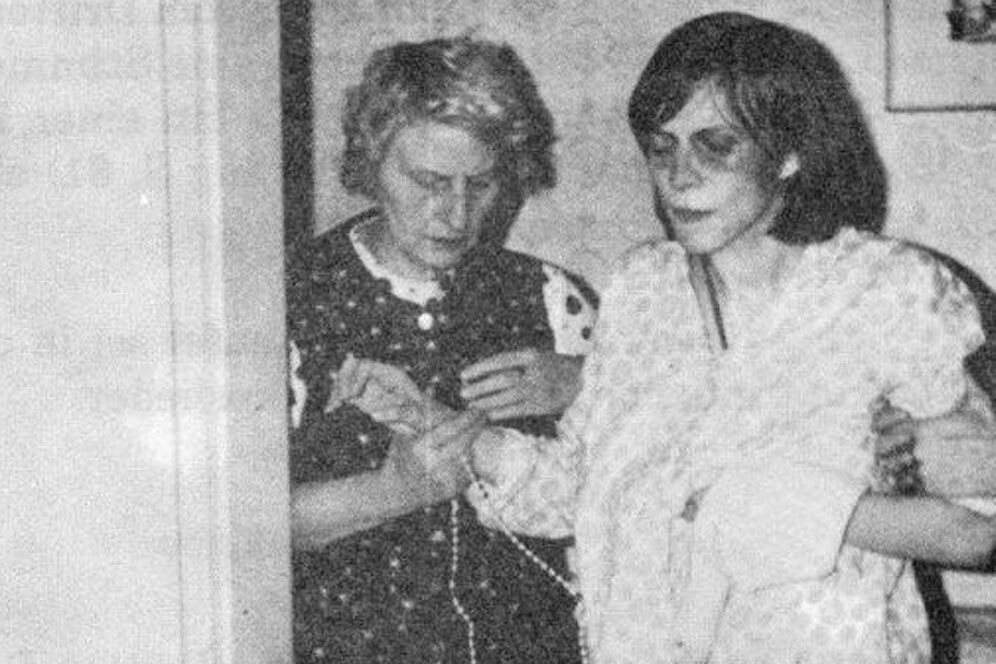 Some specialists believe it was a high time to diagnose Anneliese with schizophrenia and provide her with appropriate treatment. But the Michels had their own diagnosis.

The first person to suggest Anneliese was in demonic possession, was an elderly family friend who accompanied her on a pilgrimage. The lady noticed Anneliese smelled devilishly bad, refused to drink holy water, and couldn’t walk past a crucifix. The parish priest examined the girl, reaffirmed the “diagnosis” and proposed exorcism as a solution. Anna and Joseph agreed.

According to the Rituale Romanum, one of the official ritual works of the Roman Catholic Church, an exorcism is a religious act aimed at casting out devils or evil spirits from a possessed person’s body. The procedure usually involves the repetition of a prayer or a gesture such as the demonstration of a crucifix.

Two rites of exorcism didn’t help. Anneliese suffered severe “diabolic episodes” with suicide attempts. She ate insects, did her best to harm herself, and even licked her urine off the floor.

Medical efforts couldn’t bring relief, so the Michels resolved to make another attempt to cast out their daughter’s demons. In 1975 the Bishop of Wurzburg, Joseph Stangl performed the third exorcism on her. The priests managed to rid Anneliese of almost all demons, but they returned the following day. The young lady believed she was possessed by more than six powerful demons: Judas Iscariot, Lucifer, Cain, Hitler, Nero, and a disgraced priest. The demons told Anneliese many times that she was suffering the repercussions of her mother’s sin.

Arnold Renz and Ernst Alt, the two exorcists working with Anneliese Michel, recorded their session on 43 tape cassettes. Though the tapes were later confiscated for an investigation, one of the priests made copies and even played them during a TV interview. Anneliese’s voice in the recordings does sound devilish, especially when she names the demons that possess her. The exorcists ask the “Hitler” demon to recite a prayer, “And it did it in a stutter, as though against its’ will,” Father Renz recalled.

In the summer of 1975, Anneliese claimed Mother Mary regularly visited her and told her to do penitence for lost souls. The girl agreed and plunged deeper into her “demonic” second life. Almost everyone in her entourage believed Anneliese had been chosen as a victim soul to suffer for others’ sins.

But Anna and Joseph didn’t give up. In the end, Anneliese underwent more than 67 rites of exorcism over ten months. During those sessions, which lasted one or two days per week, she ate dead animals and coal, urinated freely on the floor and talked with her demons. Once she crawled under the table and sat there barking like a dog for two days. Numerous genuflections left her knee ligaments ruptured. Convulsions returned. 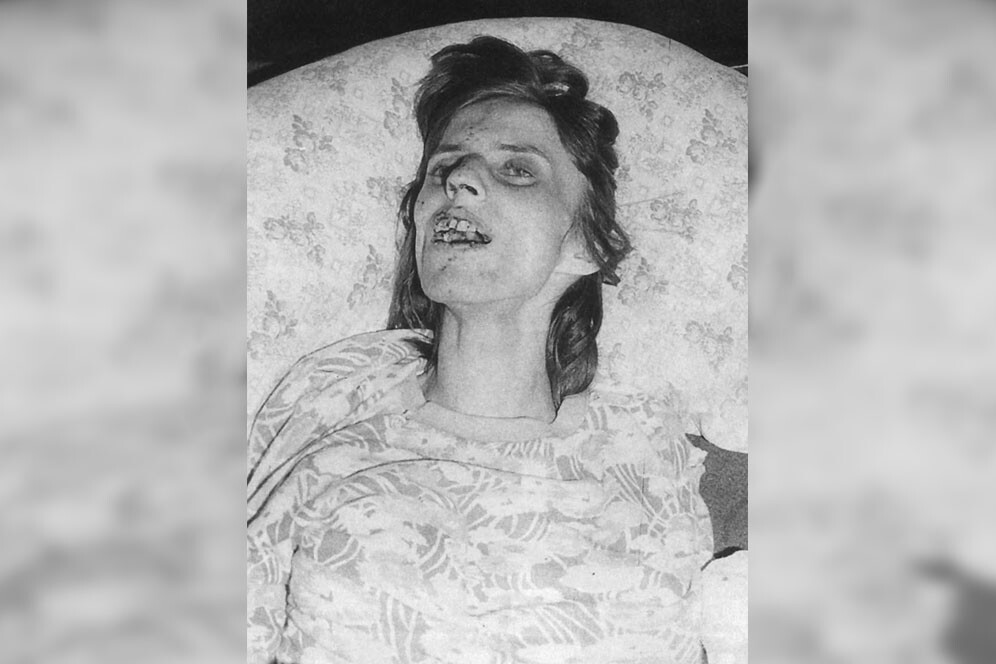 Anneliese started abstaining from food and drink to escape the diabolic influence. Despite all the suffering she inflicted on herself, she was determined to die for other’s redemption.

After countless rites of exorcism, Anneliese weighed just 68 pounds and was extremely weak. During the final attempt to drive out the demons, her parents had to carry her around. The girl died on July 1 of dehydration and undernourishment, enhanced by pneumonia. “Mother, I’m afraid,” Anneliese said to Anna Michel and closed her eyes forever.

Anna and Joseph Michel and the priests who performed the numerous exorcism attempts were severely criticised for the girl’s death and eventually had to stand trial. Medical specialists testified Anneliese’s mental disorder resulted partially from the exceptionally severe upbringing: she had been persuaded to suffer for her mother’s sins and obediently fulfilled this mission. According to the testimonies, the girl could have survived pneumonia if she had been force-fed at least a week before her death. 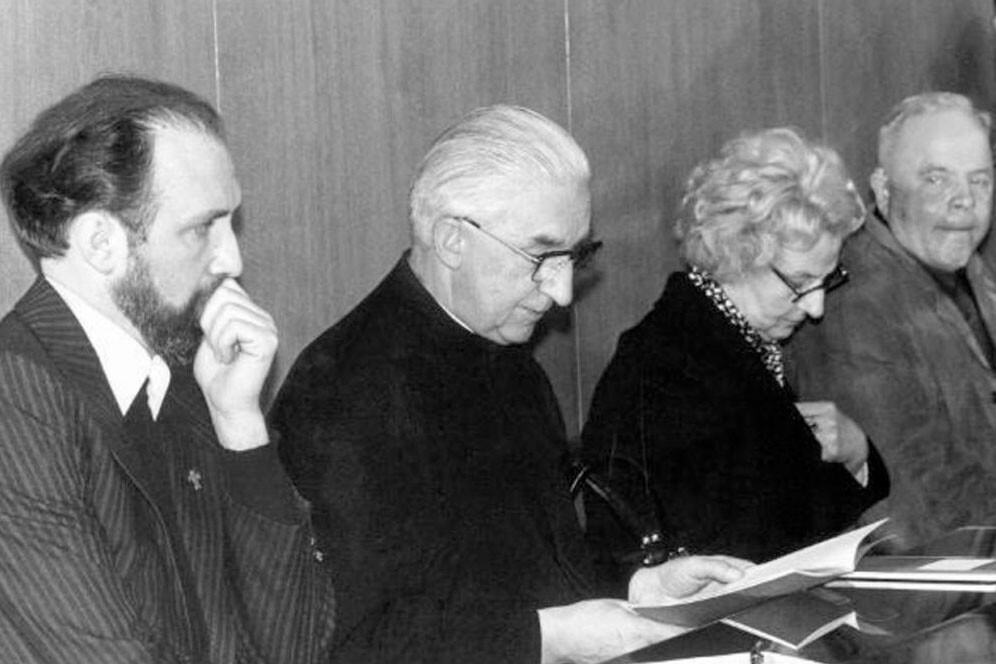 In the end, the Michels and two priests were charged with inflicting death by criminal negligence and sentenced for six months in prison, but the prison time was later waived.
“God told us to exorcise my daughter’s demons. I don’t regret her death,” Anne Michel told in an interview in 2005.

As for alternative reasons of Anneliese’s death, Felicitas D. Goodman claims in the book Exorcism of Anneliese Michel, that an incorrect diagnosis might have been the leading cause of the girl’s tragic fate. If in reality, she didn’t have epilepsy, the medications she received could have aggravated her mental state and intensified the diabolic hallucinations, pushing her further into the believed possession.

The tragic story of Anneliese Michel was made into a movie The Exorcism of Emily Rose released in 2005.