Can small-scale communism and polyamory cure the ills of global capitalism?
Giving birth instead of going to school: Child marriage and teen pregnancy in Uganda

Was it all worth it for Nepal’s oldest schoolboy?

Nepal’s oldest schoolboy graduated from high school in the summer of 2017 at the age of 70. Durge Kami’s story moved the world when his story went viral! The tale of a 69-year-old grandfather in rural Nepal was struggling through 10th grade caused a sensation in 2016. The mature pupil took an RTD crew along for his two-hour hike to school and opened up in the documentary, The Long Road to School, about his burning desire to finish his education. So, did he realise his dream, and was it all worthwhile?

Durge Kami became famous at the age of 69. He was one of the oldest highschoolers in Nepal.

Throughout his life, Durge Kami has faced formidable obstacles to learning. The youngest of ten children, he was born to a lower-caste family. “At that time, the school in our village congregated under a large tree,” Durge told the Kathmandu Post, “but it was only for ‘high caste’ kids. Sometimes I would sneak in and try to sit in the classes, but I’d get chased away, admonished for being an ‘untouchable’ who ‘reeked’.” Instead of going to school, he ended up as a casual agricultural worker in Nepal and carrying heavy loads in India.

The father of seven lost his wife while they were still young. This family tragedy gave him the impetus at long last to fulfil his dream of an education. He enrolled at Khare Primary School in April 2005 and started making up for lost time. Nepal's mountains are breathtakingly beautiful but they don't make it easy to go to school. Durge Kami had to walk two hours to school.

Initially, teachers and parents were unenthusiastic. “Our society is traditional, so people wondered if it was normal that he attends school”, recalls Shiva Grautam, Durge’s primary school teacher. Some educators admit that initially, they had baulked at the idea of teaching a man old enough to be their father.

Attitudes to Untouchables have softened since his youth, and the status is no longer a bar to schooling. Teachers invited him to their homes but asked him to wash his own teacup because doing that for a lower caste member was still a step too far.

“What hurt the most was when I was getting ready to join high school, some parents protested, accusing me of being a human trafficker, enrolling just to scout for vulnerable girls”, the older man admitted to the Kathmandu Post. As for his fellow-pupils, they could be cruel: “The boys tease me and say, 'What will you do, in your old age? You'll die soon, but we are young and will do something”. 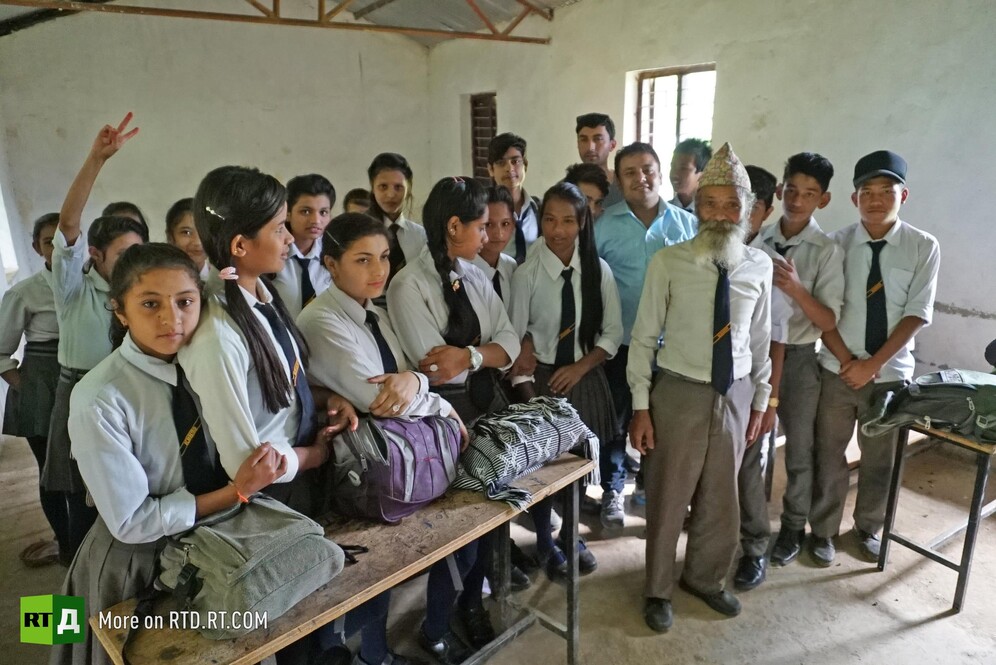 Initially, the presence of an adult pupil in the classroom made teachers and pupils nervous.

Still, Durge persevered, trekking through lush green mountains to school for two hours one way, and struggling to keep up with young minds who found it much easier than he did to learn. “He is not a very talented student; I think he is an average student because most of his colleagues and friends are competent, better than him. He is very weak, especially in my subject, English”, admitted D.A. Koirala, one of the teachers at Kala Bhairab secondary school.

Durge Kami’s presence brought other benefits to the school. The pupils have grown to respect their older classmate’s wisdom, and he has inspired them to study hard. “If I sit with him, I can learn lots of things, so I sit with Durge Kami. He teaches us to be disciplined, and to do right instead of wrong”, one girl told RTD. 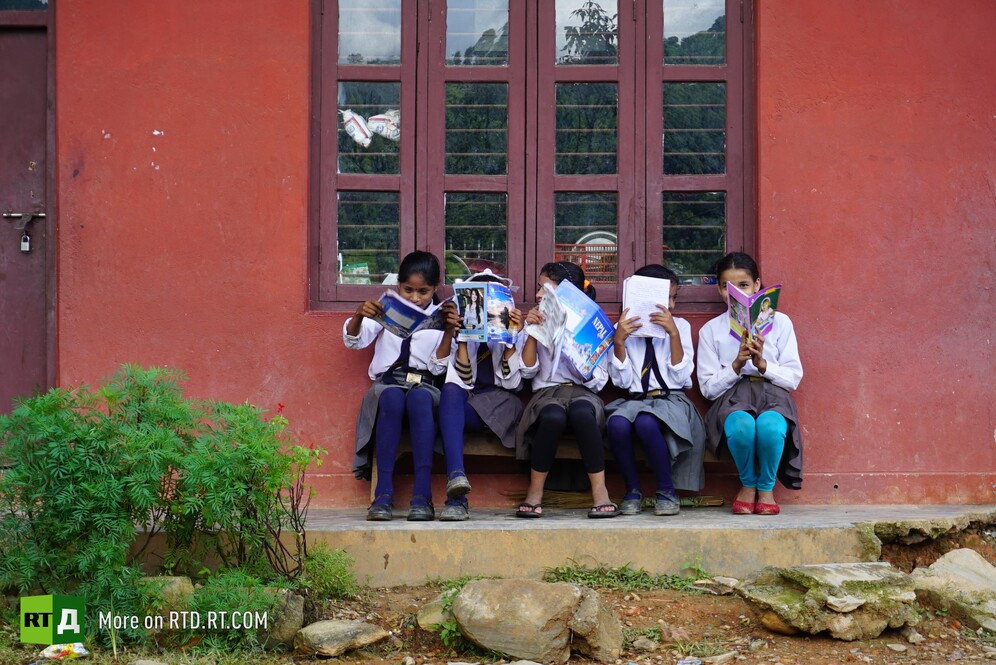 To begin with, the girls were more welcoming towards Durge Kami than the boys.

His initiative has also broken down barriers in adult education. “Durge Kami belongs to a lower cast. At the age of 69, he has set an example to Nepalese society”, his English teacher enthused. Now, school authorities are beginning to envisage the possibility that some who missed out on schooling in their youth may come back for a second chance. “If the age difference is large, it will difficult to teach them”, muses the school principal, Khagendra Subedi. “If many students Kami's age come, we will need to manage them in another class, not in the same class, like this.”

Through sheer will-power, the pioneering pensioner passed his Secondary Education Exam (SEE), achieving one of his milestones. However, he does not intend to rest on his laurels. The ageing student spent the summer of 2017 unsuccessfully applying to colleges in Kathmandu. His SEE Grade Point Average of 1.2 was below the mandatory minimum of 1.6 necessary for admission to higher education. One college did agree to take him if he could get a waiver from the Ministry of Education. 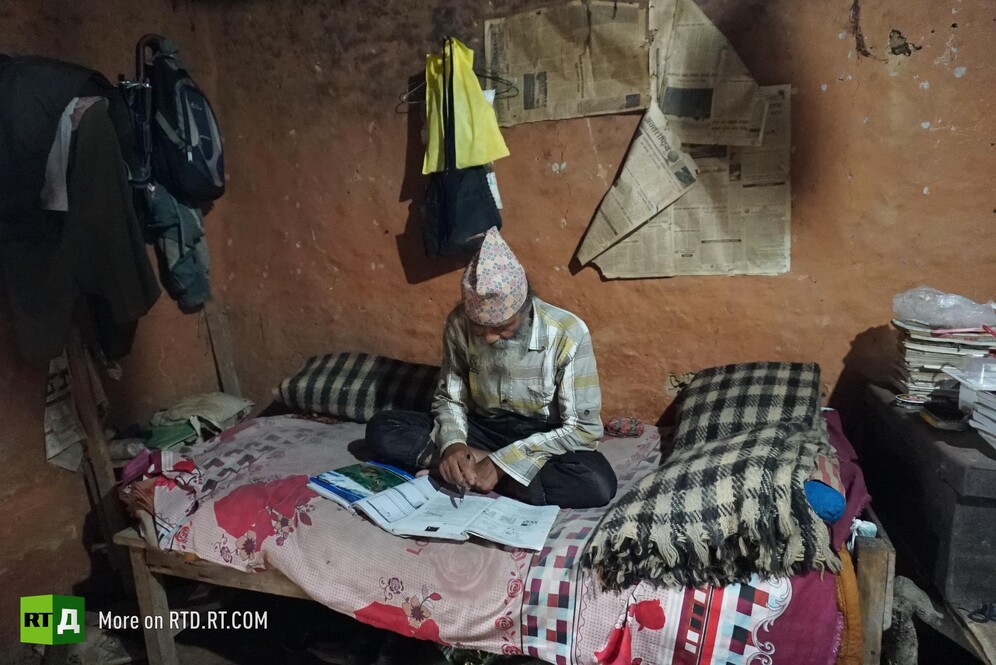 .ow that electricity has been installed in his mountain home, Durge Kami has more time to do his homework.

“I have a desire to study up to Master’s level,” Durge Kami explained to the Kathmandu Post, “I don’t dream of being a doctor or an engineer like so many of my classmates did. My desire is to prove that as long as you have the will, age should not be a barrier when it comes to education. And along the way, if I can inspire the young and old, then this long hard life will not have been for nothing”.

Meanwhile, how much has education changed his own life? Sadly, Durge Kami has been estranged from his children for many years. One of his daughters told RTD that her father should be spending his old age looking after his own grandchildren rather than wasting time at school. Although he himself suffered rejection for being lower caste, the social justice warrior has cut off another daughter who married a man from an even lower caste than the Kamis. 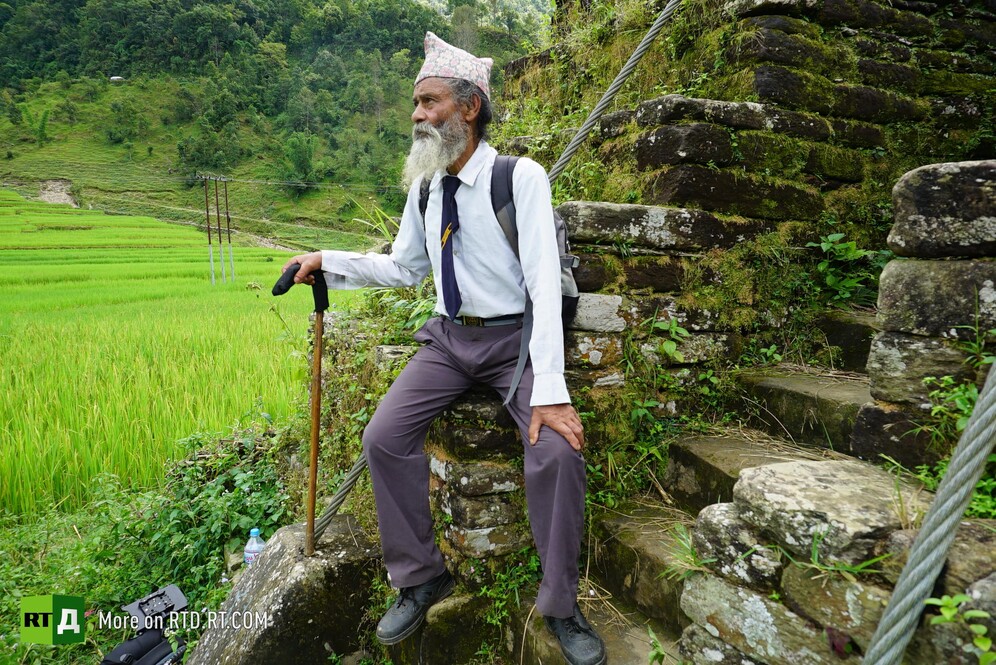 For Durge Kami, getting an education in his senior years has made up for a lifetime of heartache.

At school, he has found a substitute family among the teachers and pupils. “Being alone is what I find the hardest and most painful. My body is growing old, but my soul is still young ”, he confessed to RTD.

“When I start to walk up a mountain, I find it hard and I breathe heavily, but when I talk with the youngsters, I feel sixteen or twenty again”. Education, it turns out, is about much more than acquiring knowledge, for even the poorest of human beings.