Earthships: What’s it like to live in an off-grid house built from trash? 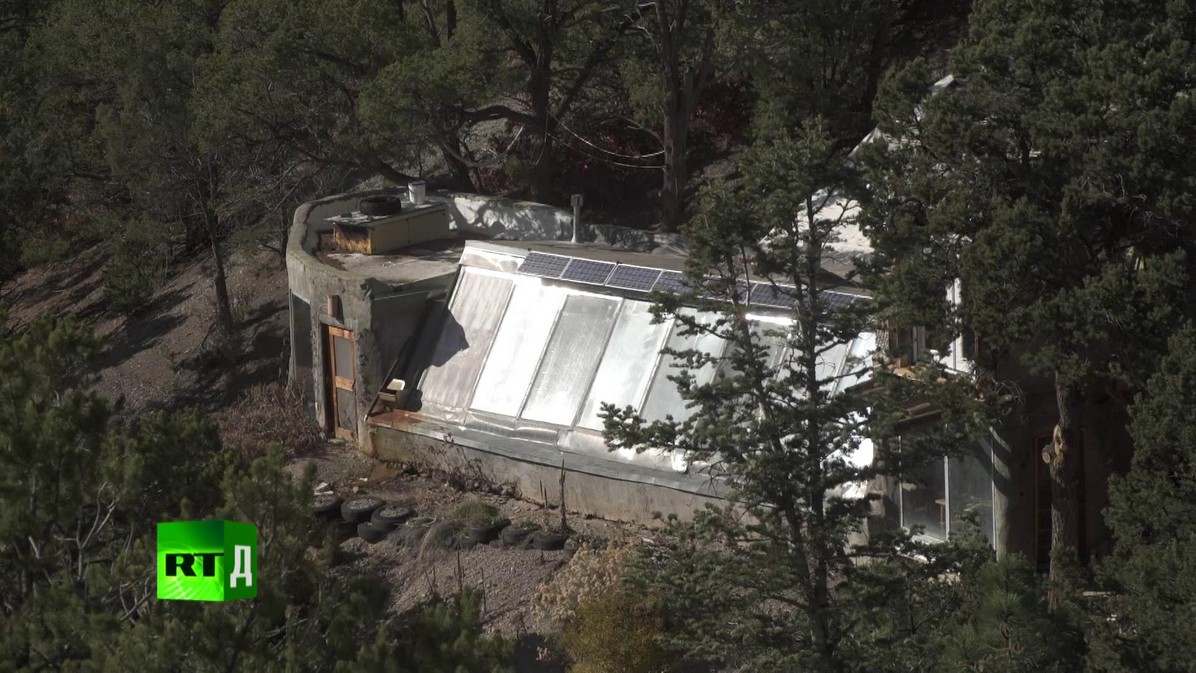 An Earthship home is a sustainable building that recycles water and sewage, and produces its own electricity and food. A still from Green Citadels

Michael Reynolds had a dream. The architect wanted to build self-sufficient homes that are part of the environment, rather than a burden upon it. The ideal house would be made from recycled materials, maintain a comfortable climate, generate sustainable power from renewable sources, treat its sewage, and provide clean potable water. He built his first ‘Earthship’ in 1972. Now he is a prophet for a movement that advocates “radical sustainability.” Hundreds of people from across the US, inspired by the idea of self-sufficient living, have moved into homes based on his designs. Some are thrilled with their Earthships, but others have encountered unforeseen problems.

A 634-acre subdivision near Taos, New Mexico, dubbed The Greater World Community, is dotted with Earthships. They are built mainly from everyday trash, including aluminium cans, plastic bottles, and used tyres, and rammed earth. Aleli Estrada, an Earthship community member, showed us around her home. Solar panels create electricity for the house and rainwater is recycled multiple times. The thermal mass of the earthen walls ensures inside temperatures are always comfortable, regardless of the weather or climate. A built-in greenhouse utilising water from the domestic sewage system even makes it possible to grow food. 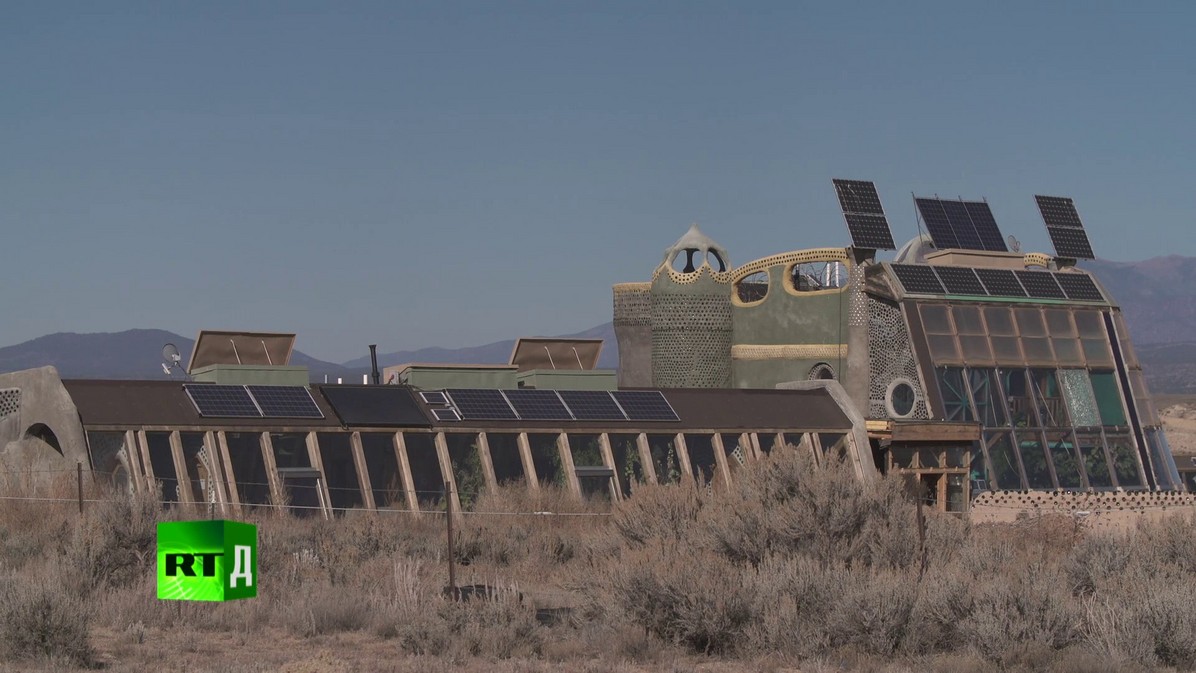 Michael Reynolds’ Earthships can be recreated in “almost any climate around the world,” according to the architect’s website. Reynolds’ designs have been built in France, Germany, Mexico, Canada and across the US. A still from Green Citadels

Earthships can be built virtually anywhere. They do not need access to water, gas, or electrical lines as they handle their own garbage and sewage. Since they can be carved into a hillside, they can even be built on very steep terrain where conventional construction is impossible. With stunning views, sunny cosy interiors, and practically no utility bills, the captains of these Earthships have little to complain about. Aleli describes her home as solid, organic, and nurturing: "It feels really good, feels really solid. There’s a sense of solidity living inside of an earthen structure itself. There is a sense of waking up to something stable, cool, and kind of soothing." 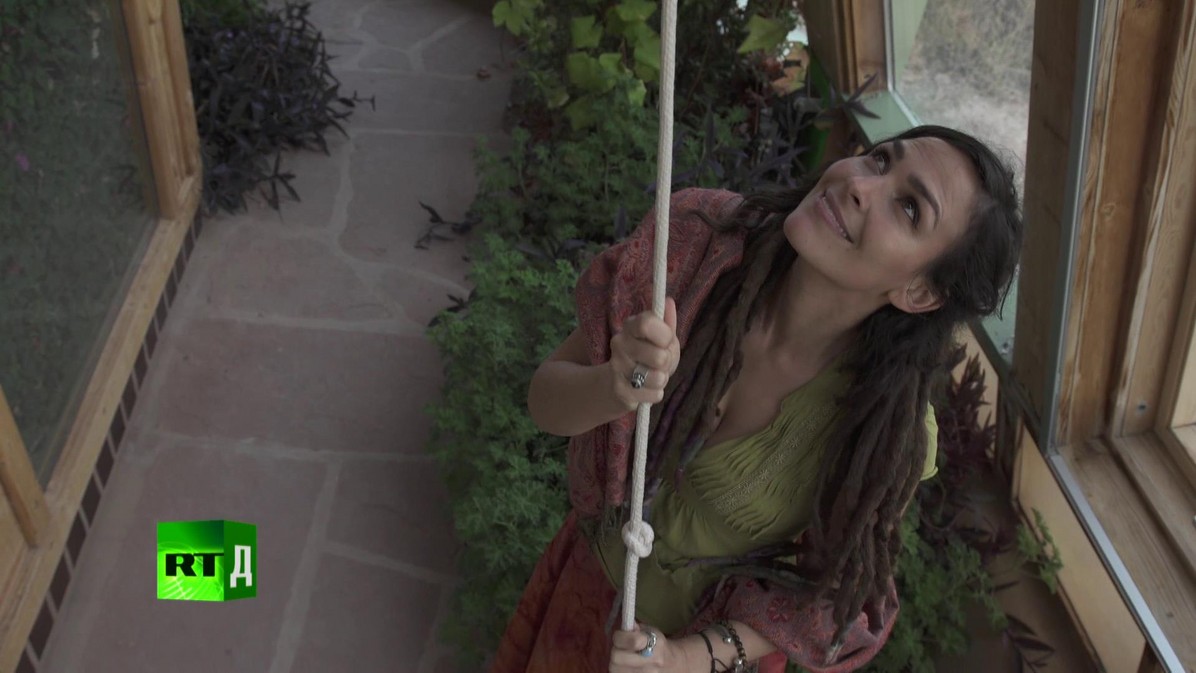 Aleli Estrada, an Earthship community member, shows off her sustainable home. A still from Green Citadels

In 2011, Michael Reynolds opened the Earthship Academy at the Greater World Community to teach people to build homes and other buildings based on sustainable technologies with re-purposed materials. Now Earthship enthusiasts flock there from all over the world. The techniques they learn can be especially useful in less developed countries or areas hit by natural disasters. For instance, Earthship Biotecture volunteers recently helped construct autonomous buildings for an orphanage in Cameroon, and an ‘Earthship Army’ is building a self-sustainable community in hurricane-wracked Puerto Rico, with the help of Biotecture Planet Earth, an affiliated NGO.

Building an Earthships is often easier in less developed areas because strict building codes make it difficult to create structures using unconventional materials or designs in more developed ones. Michael Reynolds’ designs have fallen foul of the authorities more than once, and the State of New Mexico has recently refused to renew a 5-year lease on Earthship Biotecture’s experimental test site, EVE (Earthship Village Ecology). 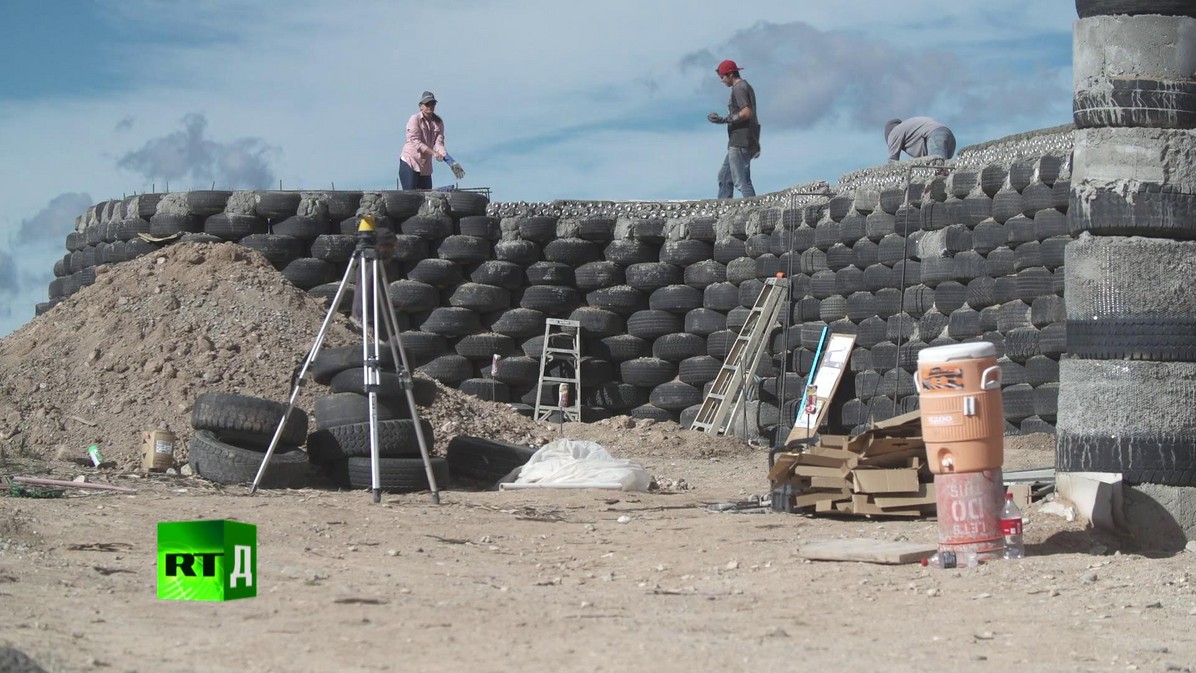 People from around the world head to Reynolds’ off-grid community to learn about design principles and building techniques in order to construct their own Earthship homes. A still from Green Citadels

Another stumbling block to Earthship ownership is that it is nearly impossible to obtain a mortgage or insurance for them, as they are considered ‘experimental’ housing. Moreover, there are many places in the US and Europe where living self-sufficiently has been made legally tricky. For instance, it is illegal to collect rainwater in parts of Colorado, Spain now taxes private solar energy production, and Florida has banned off-the-grid housing.

And for some owners, living in the home of their dreams has turned out to be more of a headache than the idyllic experience they expected, as Earthships do not always deliver as promised. In colder, wetter, or cloudier climates, the homes are often not able to maintain comfortable temperatures, and the interior walls can become mouldy. In hotter, sunnier climates, they can be stiflingly hot, and temperatures can vary drastically in different parts of the house. In drier climes, they are not able to produce enough water to be self-sufficient. Furthermore, the decomposing tyres embedded in the rammed earth walls produce an odourless toxic gas that can leak into the house if the interior walls have any cracks – which they usually do. It also seems that any insects that like living in the ground also like living in Earthships. 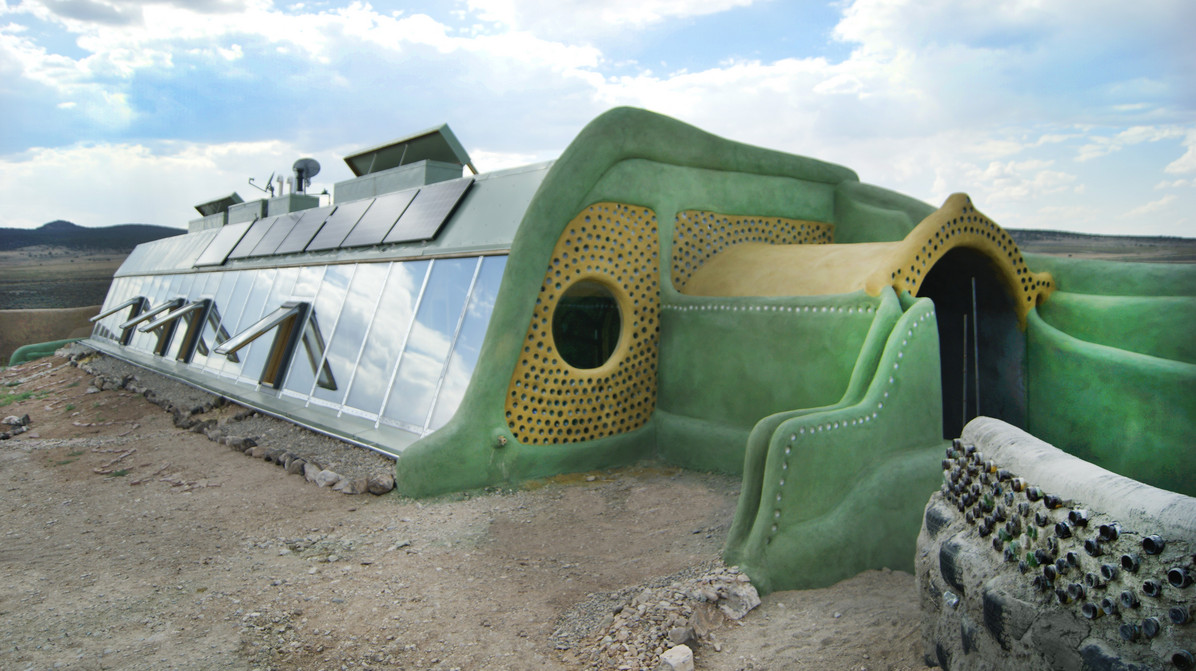 Earthships are designed to maintain a comfortable temperature by storing the sun’s heat during the day and releasing it at night. A still from Green Citadels

Despite some downsides, most Earthship owners stand by their homes and the sustainable lifestyle they represent. Meanwhile, the designs continue to evolve to adapt to different climates as more and more Earthships are built around the world.